‘No Obligation To Get Along:’ Gender and Race politics at SMAC Gallery, Stellenbosch

Gender and race politics have an unprecedented pop-cultural presence and, as a result, there is a certain cynicism that accompanies hearing about an all-girl group-show called ‘Lush,’ which took place at SMAC Gallery in Stellenbosch. There is the suspicion of a feverish attempt at intersectionality, a bracing for the impact of thinly veiled tropes. Fortunately, these expectations have gone unsatisfied. Instead, ‘Lush’ embodied an evolution in how we consider female artists. 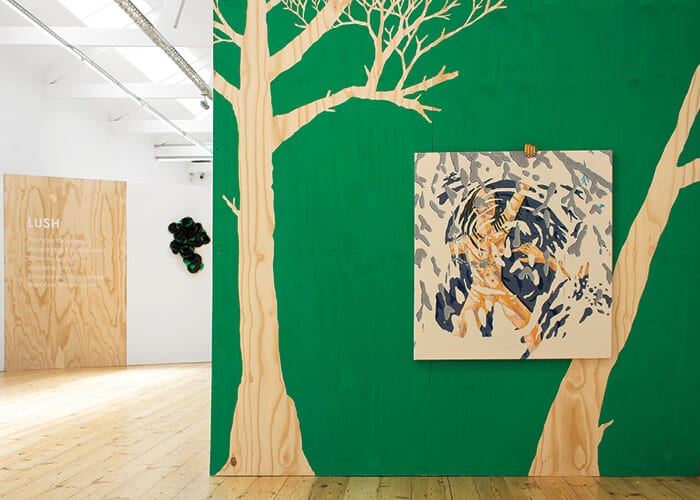 For the exhibition, SMAC gallery penned artists into “lacunose territo[ries]; where the work of each artist can sojourn for the duration of the exhibition…” This curatorial device had a deeper effect than that of establishing the autonomy of the bodies of work; it engendered a cognitive rerouting. The tradition of (forced) cohesion associated with group-shows had no place here, the ‘girls’ had no obligation to ‘get along.’ These territories concentrated the voice of each artist; muting the dialogue between the works, whilst amplifying the dialogue between the work and the audience. The gallery was the site of interchangeable intimacies.

The first offering was of Alexandra Karakashian’s elegant abstract paintings; her territory is a demonstration of taste. The balance between tone, texture and colour is balletic. The polish of her work is consolidated with attentive touches, like variations on the picture-frame, depending on the palette of the work. 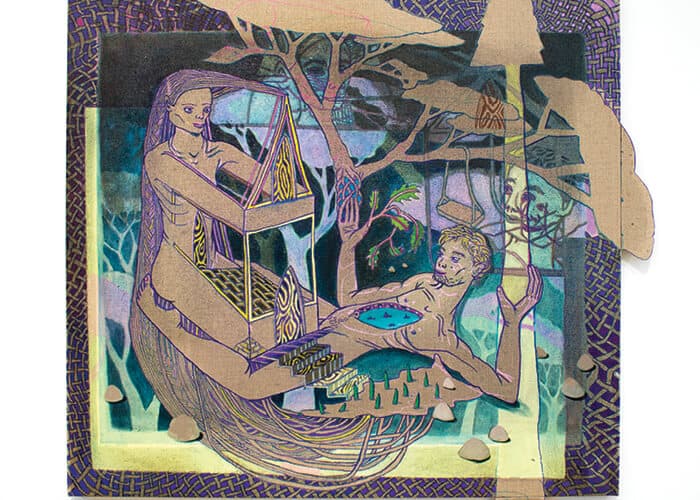 Marlene Steyn’s work swaps grace for wit. Tropical foliage and languid, nude female forms feature heavily – a Gauginesque evocation – but the mixed media artistdisrupts the art-historical discourse. The inclusion of playdough makes her installations derisive rather than a dedication. The figures are prone and prostrate rather than posing; canon turns into wallpaper with the repetition of these forms in unlikely shades of purple and blue. There is no romance.

Shoshanna Weinberger executes her wit with more minimalism. The emptiness of the page imbues the artist’s gesture with gravitas – her’s is an absorbing simplicity. Banana Dancer (2014) presents the viewer with a triple-breasted figure; its adipose heft seems to reference the Venus of Willendorf – except she’s in high heels, sporting a baroque hairstyle. However, what truly displays the artist’s prowess is the dot positioned near the figure’s knee. Deliberate or accidental, the thumb-sized splatter of paint is arresting. Its sheer indecipherability makes it portentous. Weinberger’s work suggests a reflexive sexuality, signaling an entry-point into the politics of excess and what it means to occupy flesh. 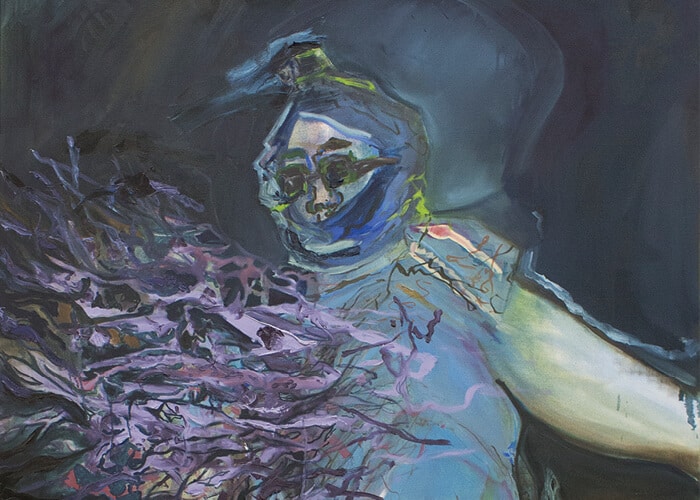 Chemu Ng’ok shifts the conversation from body-politics to emotion. In Release (2015), which stands at 200 x 118cm, ambiguous figures occupy a seascape; supernumerary limbs are entangled with seaweed, the only visible face obscured by sunglasses and headgear. Despite the science-fiction overtones, the work imparts a sense of armoured infinitude. The image masters the elements while immersed in them. Her territory is a prompt to summon the courage for vulnerability.

Barbara Wildenboer, in the only video piece of the show, transposes pulsing,ethereal images of human and animal x-rays alongside books. The celestial undertones suggest universality, a shared sacral sympathy between humanity and beasts. 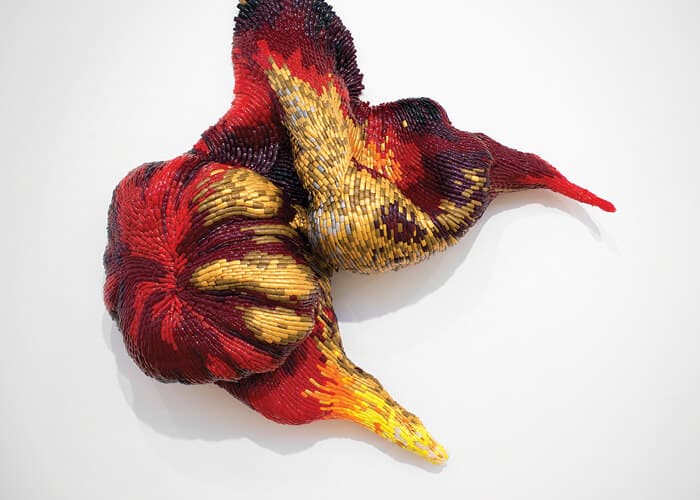 Materiality asserts itself in Frances Goodman’s work, particularly Lilith (2015). The sculpture transforms artificial fingernails into a writhing, mitochondrial organism that simultaneously possesses exoskeletal rigidity. The artist often deals with themes around the pressures of beauty, excess and transience but the complexity of this work evades generalisations on the ‘plight of women.’ Named instead of titled, Lilith conjures an individual, not an archetype. It suggests ‘self’ not ‘role’ or an identity shaped by its relationships. The work is a symbol of a complex self-possession and subsequently, it condenses the significance of the show.

The temptation to read gender into the artists’ work is negated by its very prominence. It becomes the background noise vivifying the aesthetic, emotional and intellectual sensibilities they’ve allowed us access to. The separation of the works was an obstacle to drawing parallels, shutting down essentialist notions of a universal femininity. The exhibition was tasteful and interesting but unremarkable. What would have formerly been the catalyst for strange and problematic exoticisms, shunting artists into telling only the most digestible stories about themselves is neutralised into just another showcase of talent, and it is in this ‘commonplaceness’ that we see progress.