A note from the side-lines

Considering auto-ethnography as a theoretical scope when regarding “traditional art”

A generous body of traditional Zulu pottery can be seen on display when entering the Centre for Visual Arts (CVA) at the University of Kwa-Zulu Natal, Pietermaritzburg. These artworks were collected, curated and displayed by Juliet Armstrong and Ian Calder during the department’s involvement with and research on pottery made in rural Kwa-Zulu Natal.  Juliet Armstrong and Ian Calder were professors and researchers teaching ceramics, drawing and art history at the CVA. Together they inspired the university, their colleagues and students to examine local pottery with renewed rigor in place of popular readings which have come to characterise our understanding of pottery and of life in rural communities. 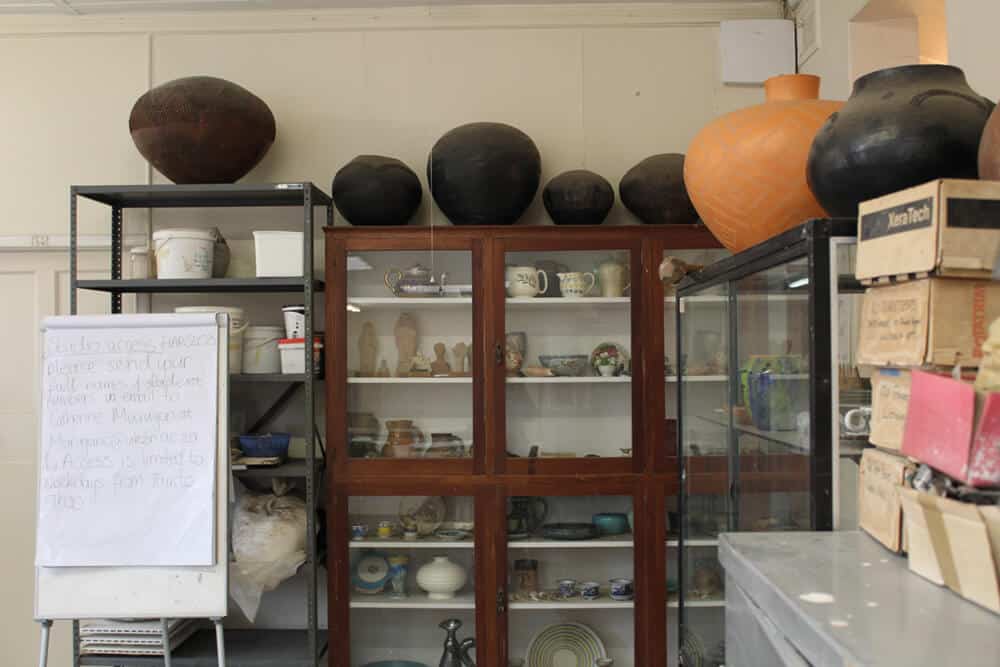 Considering what is currently being produced by established and emerging ceramists, the works emerge as something nostalgic; a familiar voice from a distant past yearning to share insights into the present. The collection recalls positions and values which Matsemela Manaka once assigned to “Traditional Art”. For Manaka, these are the culmination of cultural practices “transmitted in a form of objects with functional and aesthetic values. In other words, the value of the work lies not within the individual’s artistic repertoire but rather within the cultural context in which the work is created.

Nonetheless as societies evolve and subsequently realise that culture has not reached its final form, we begin solicit new positions and value to the work. A closer reading of the work reveals narratives and life experiences which could best be described as examples of visual auto-ethnographies.

Auto-ethnography does not mean that the potters are ethnographers or social scientists. Their works are not produced as research nor do they ask to be read as evidence of beliefs and knowledge that characterise a particular way of life. We describe them as auto-ethnographies because we fear something is excluded when only undertaking a surface reading regarding its method of production or formal aesthetics. Such readings have subsequently seen these and similar objects relegated to the side-lines of art discourses. In fact we can further argue that ‘Traditional Art’ finds itself in a similar situation when marginalised people entered into an ethnographic space which had been defined through the Western imagination. James Clifford describes this situation as disorienting in writing that:

[Upon] entering the modern world, “their distinct histories quickly vanish. Swept up in a destiny dominated by the capitalist west and by variously advanced socialisms, these suddenly “backward” people no longer invent local futures. What is different about them remains tied to traditional pasts, inherited structures that either resist or yield to the new but cannot produce it.”

Among these are themes of exclusion as a result of non-recognition. The role of women, and in particular that of black women, remain deficient when one reads history books, goes through archives or engages teaching materials.

This suggests that the margins have become their domain and what we have come to understand as the world of art: the institutions which are at the forefront of art discourses, have become centres in which ideas are formed and contested. We call them auto-ethnographies because we feel history has left out something important; stories which are worth telling about their lives and about their work. In this context auto-ethnography is no longer thus a research method, but a theoretical lens in which we can think critically of what has brought us here and extract issues of contention which are worth noting in light of South Africa’s socio-cultural complexities.

Among these are themes of exclusion as a result of non-recognition. The role of women, and in particular that of black women, remain deficient when one reads history books, goes through archives or engages teaching materials. This absence, this non-recognition of black women as producers of knowledge, is noteworthy as these have become seminal texts in which one begins to engage, enjoy, discourse or historicise their contribution to the South Africana arts community and beyond. Such omissions have proven to be problematic as they have subsequently brought about a surface reading of their values, actions, customs or identities. To reference Leone Pihama’s observations on the representation of Maori people in her review of the film ‘the piano’, women find themselves in a position where they:

“Struggle to gain a voice, struggle to be heard from the margins, to have [their] stories heard, to have descriptions of [themselves] validated, to have access to the domain within which [they] can control and define those images which are held up as reflections of [their] realities”. 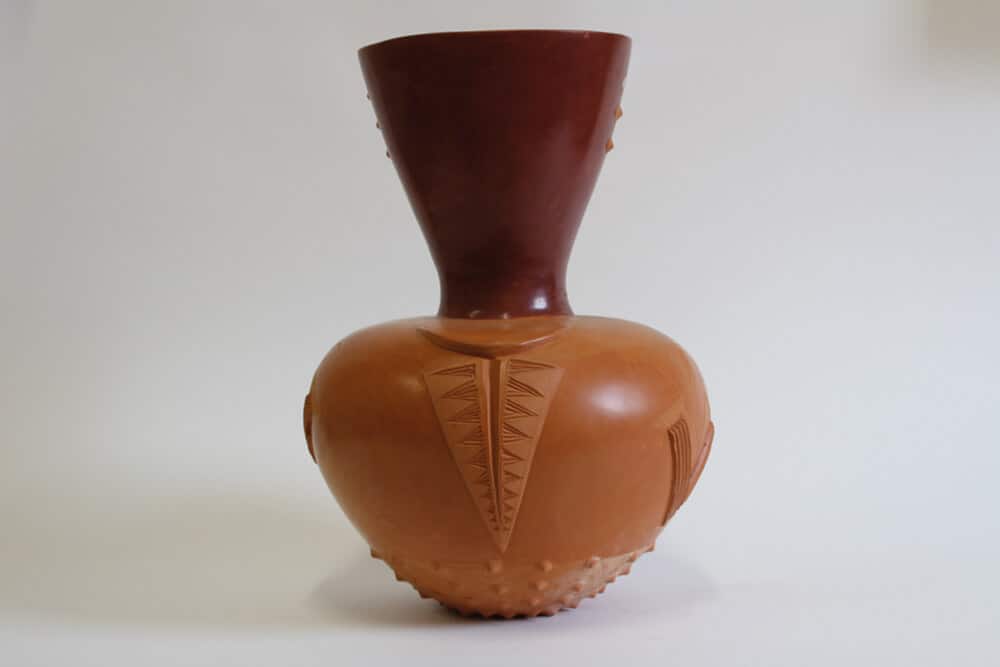 Like many of us, I often find myself watching television or reading novels where I am confronted with some of these truths; uniform depictions of black women who work as maids or helpers. Indeed their distinguishing qualities – their histories, guilty pleasures and aspirations, amongst other things – quickly vanish only to be replaced by a trivial representation of their lives. By now many of us are accustomed to the image of the ‘Mammy’; the black mother figure working in white homes. She is often characterised as being more considerate, and dare I say, more loving for her employer’s well-being over hers and her family. She enters the scene dressed in uniform, is characterised as maternal, admired for her occasional insights and valued for her religious devotions. Hali Nneka Ngobili remarks that “even though the mammy is well loved and has considerable authority with her white family, she still knows her place as a servant”. That is the reality of her character, and of her relations with her employer.

When dealing with uniform depictions and themes of marginalisation one should, of course, be both sensitive to probe with caution, yet curious enough to learn more. Our actions should be driven by the premise that it is not permissible that the authors of history, the makers of culture, and we, students of their work, deem this an oversight on their part, because it is in dismissing this as an oversight that our curiosities yield very little, if any, probable solutions.  Auto-ethnographies allow the women to enter the conversation through personalised accounts which directly or indirectly redress uniform depictions, flattened versions of the histories, their curatorial non-existence and omission from teaching materials. Personalised accounts enable us to better understand the circumstances in which the works were produced and how the potters defined reality in the everyday lives.

“These uniform depictions, the flattening of their histories and their omission from history books, is not something exclusive to our field of study. One has to merely look around to see the effects of what marginalisation has done.”

Our curiosities should be driven by a belief that there is no basis to which the creative impulse and intellectual verve of these potters be excluded from the makings of art as we enjoy it today, except for assuming that the makers of cultures are also bound by the methods, theories and assumptions that silently govern the making of art. By this I am suggesting that our historians, publishers, gallerists, critics, curators, teachers, artists, students, collectors and admirers are either trapped in a discourse which they have no control over, or seem reluctant to implement change in the art world. And until we understand this, until we commit ourselves to probing into these discrepancies, I doubt we will ever be released from them.

I am told that the ceramics is exhibited in the studios to help inspire students while at the same showcase the departments growing collection. Very little could be said to dispute this contention, but I also feel that there is something more to this. That the ceramics are here because there is little scope for these and similar work to be showcased in leading art galleries or submitted as entries in most of our national art competitions. It seems as if the ceramics are here because they have temporarily found a home in these studios, at the periphery of art happenings and in the archives of contemporary culture. 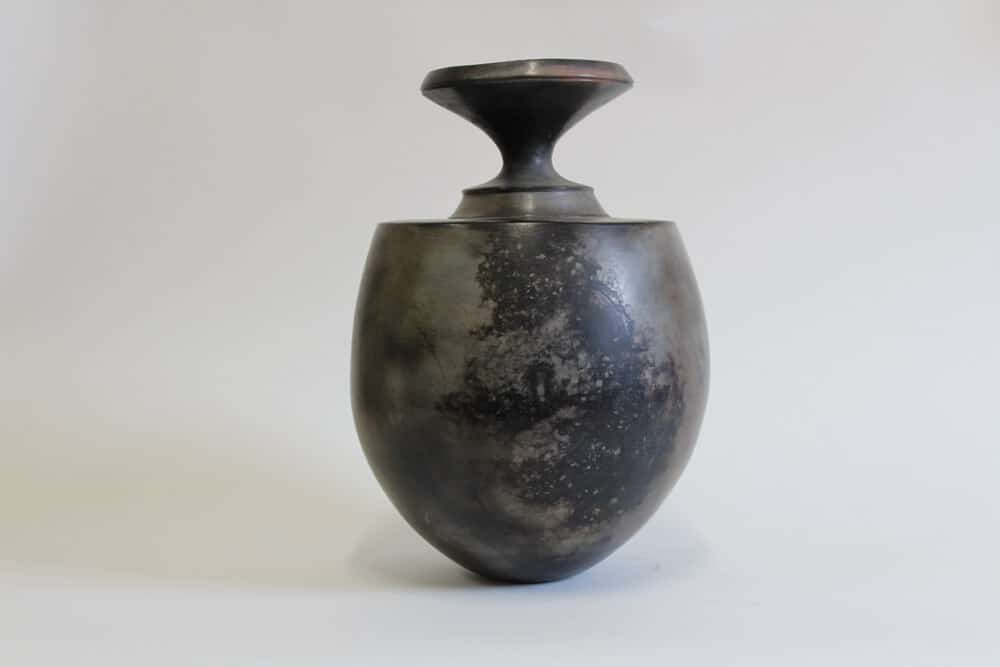 Though one does not deliberately wish to toil on the side-lines, one should not devalue the creative impulses that continue to feed into the centres. And at a university which seeks to soon enhance the speaking and teaching of IsiZulu to academic status, in a department that prides itself in being amongst the few to offer ceramics as a tertiary qualification, and a belief that there will, once again, be ample scope for ceramics to be revisited, taught and appreciated in the broader scope of South African art, it feels like the ceramics could not have found a better home.

Every morning I walk into the studios, look at the artworks and then proceed to interact with undergraduate and postgraduate students. Occasionally I form part of their crit-sessions and am excited by the prospects. I think of what they are working on and am left curious on why most of our art galleries are still without ceramists under their portfolio. My excitement turns to concern as I realise the task in front of the CVA if it is to successfully negotiate the value of ceramics to both the art industry and the university’s stakeholders.

Though daunting a task it may seem the department can take comfort in recent residencies and art exchange programs. Some of which has witnessed local and international ceramists such as Clive sithole, Ian Garret and Hwan Cheon engage with the collection to create works which are not only inspired by it, but also aspire to create dialogues between Zulu pottery and its admirers. Of course such initiates are not a novelty. John Legend’s Heaven Only Knows, The Carter’s Apeshit, Laduma Ngxokolo’s AmaXhosa Knitwear, Sam Nhlengethwa’s Some Final Tributes, Thembinkosi Goniwe’s Dialogues With Masters and Magdalene Odundo’s ceramics are but a few examples which have recently shared similar interests in their respective art disciplines. Exchanges of this nature are stimulating when faced with museums and public galleries collections which have relegated these and relatable craft practices to ethnographic specimen. 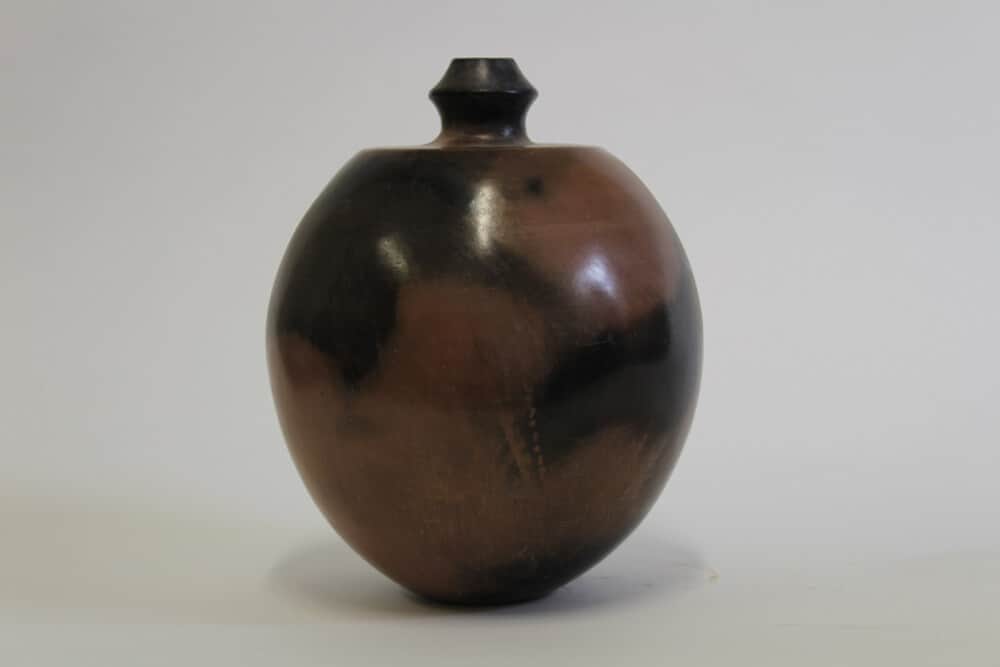 As these exchanges gather momentum and the department’s collection grows as a result of this, it is also important to draw a line of caution. We need to be mindful that these do not become yet another Modernist project like when European and American artists, ethnographers, curators and gallerists juxtaposed African arts to the artistic registries of Modernism. I doubt the CVA would endeavour towards such an end because their objective is not to replicate, but rather learn from what has been done in order to fashion itself differently in providing conduits for ceramics to be an integral part of South African art and beyond.

The task seems daunting but not out of reach.

Tsholofelo Moche is a writer and artist currently working as a technician at the University of Kwa-Zulu Natal.