“Children are the future not because they will one day be adults, but because humanity is becoming more and more a child, because childhood is the image of the future. He shouted, “Children, never look back!” and this meant that we must never allow the future to be weighed down by memory. For children have no past, and that is the whole secret of the magical innocence of their smiles.”

– Milan Kundera, The Book of Laughter and Forgetting, 1979

Milan Kundera – the author of The Book of Laughter and Forgetting and a number of other eminent novels on love, exile and being – describes the future as an image of childhood, an image free from the past, and an image not weighed down by memory. Compelling us to rethink our understanding of both the future and forgetting, Kundera also claims that the “struggle of man against power is the struggle of memory against forgetting” – invariably posing the question: ‘how do we get out of the cycle of history?’. 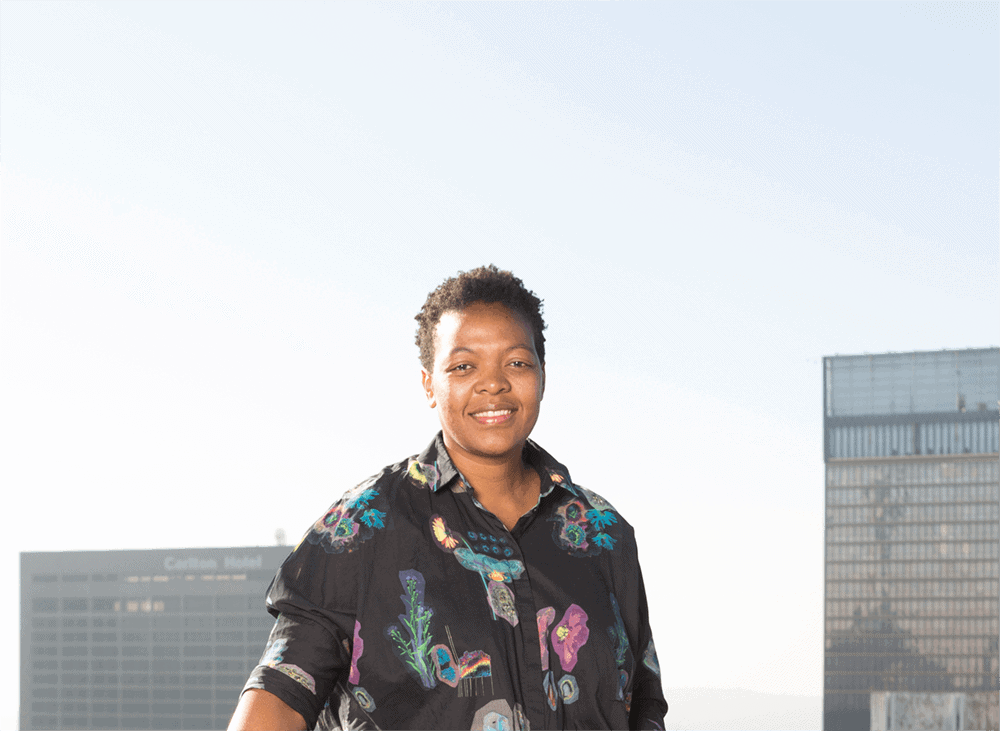 Exhibited at four locations across Berlin, the 10th edition of the Berlin Biennale sees a curatorial team from Brazil, Uganda and the United States taking on a previously controversial event, with Gabi Ngcobo – South African artist, writer and curator – at the helm. Like Kundera, Ngcobo has also set out to tackle the numerous nuances of both the future and forgetting, and has turned to Tina Turner’s ‘We Don’t Need Another Hero’ for assistance.

For Ngcobo, the lyrics of the song contain a statement – and one that is relevant for a multitude of different historical centering. Written and composed by Graham Lyle and Terry Britten, and performed by Tina Turner in 1985, it would almost seem that the song is simultaneously timeless and immediate, created for today’s world. ‘We are the Children / The last generation’ speaks directly to Kundera’s musings on the future – perhaps also proposing that because children have no past, they are liberated from the constraints of history, and able to embody forward-thinking entirely. Reaffirmed in the lyrics, ‘We don’t need another hero / We don’t need to know the way home / All we want is life beyond’ – the song maintains that an investigation into the past is not necessarily an answer to the future. Yet, Ngcobo has found herself facing both the past and the future – negotiating the question, ‘how do we get out of the cycle of history?’.

Considering ‘We Don’t Need Another Hero’, history and the future, memory and forgetting – the Biennale’s four locations themselves embody this very complex ‘interrogation’ of time. Founded in 1696, the Akademie der Künste is home to a vast collection of archival items and materials – from the emperor’s mask in Don Quijote de la Mancha by Hans Zender, to Walter Benjamin’s passport – and is considered the most important interdisciplinary archive for modernist art and culture in German-speaking countries. The Akademie is also dedicated to safeguarding cultural heritage. 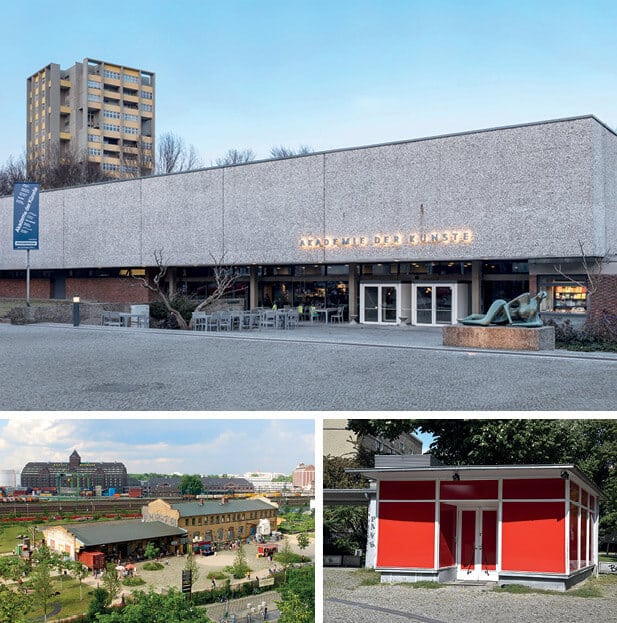 While researching and compiling materials to exhibit at the Akademie der Künste for the Biennale, Ngcobo and her team encountered restrictions, and participated in numerous negotiations, in terms of how to enter the space – revealing, according to Ngcobo, “interesting complexities about European institutions, or Berlin institutions, and providing an interesting ground to think from”. The team decided to enter through a history of the Haitian Revolution of 1791, and its relationship to European history – looking at writers, playwrights, filmmakers and artists who have tackled, or not, the question of the revolution in Haiti. “At the time, when the revolution was happening, it was an unthinkable event, and therefore silenced in many parts of making, of constructing histories,” says Ngcobo. “It’s these silences that interests us”.

Another of the four venues for the Biennale is the KW Institute for Contemporary Art. A relatively young institution, the project set to take place here sees the creation of a portrait of the institution by selecting 14 people involved with KW over a ‘layered’ process of sifting. Entitled ‘Legendaries’, the exhibition is about people who have shaped the institution from all different perspectives – “they include people who worked as administrators, in maintenance, artists who used the space somehow, and people in positions of more authority”. While KW aims to approach the central questions of our times, Ngcobo has chosen to look at history from all angles, giving voice to the silences – at once acknowledging the institution, its existing histories, and projecting a ‘new’ history on to it. 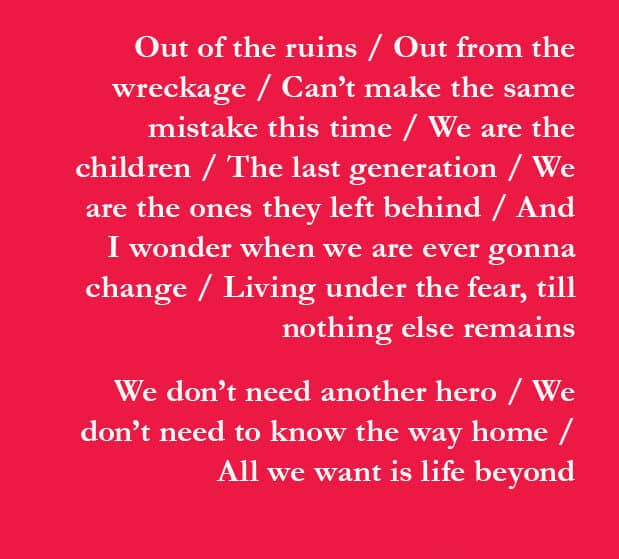 Unlike the Akademie der Künste and KW, Ngcobo has chosen the Volksbühne as an active location, where an artist duo from Puerto Rico will occupy the space for the duration of the Biennale. Built in 1914, the Volksbühne is a theatre that, throughout its history, has contributed to an ever-evolving urban society. It has recently set itself a new challenge – hoping to become a ‘theatre without borders’. Committed to the idea of art for the people, Ngcobo is hoping that performances and installations at the Volksbühne Pavilion will transform the space, inviting dialogue, engagement and negotiation with what the space stands for in the city.

“In all these things that we perhaps dream of, all are subject to negotiation,” says Ngcobo. “And I think it’s these negotiations that make the exhibition, because they inform us in different ways and shape the narrative or journey, and how the journey will proceed”.

ZK/U is the youngest of the institutions that will host the Biennale, and was developed by a group of artists, KUNSTErePUBLIK, who have participated in the event previously. For Ngcobo, “it’s interesting to see how, as a collective, KUNSTErePUBLIK have placed themselves as practitioners who think through the city,” – revisiting historical moments and certain ideas in order to turn the narrative around, and see it from an alternative or new perspective. Seeking to develop projects, co-produce knowledge and share values created through exchanges, at ZK/U, the Biennale will interrogate historical narratives, what we have chosen to remember or forget, and how these narratives are still with us today.

“In all these things that we perhaps dream of, all are subject to negotiation”

Comparing Berlin, or Germany’s, historical silences and negotiations to her birth country, South Africa – Ngcobo claims that while South Africa and Germany are both “sitting on top of a mountain of history, South Africa is also facing the future head on, whereas, it may seem, Germany is still administering history and how best to protect it”. Both societies have emerged from a series of complex histories, and although they are dealing with these complexities in a multitude of ways, there remains the struggle of memory against forgetting.

And yet, perhaps it’s not so much a question of escaping the cycle of history, but rather a negotiation between silenced histories and those that have been spoken about; a negotiation which, ultimately, will allow humanity to become more and more a child, because childhood is the image of the future. Undoubtedly, this will be the Biennale’s biggest challenge.