On Collected Stories in the Private Archive | Emeka Okereke

Originally published by Invisible Borders, this text by founder Emeka Okereke forms part of Borders-Within: The Trans-Nigerian Road Trip, which took place over the course of six weeks, beginning in Lagos on 12th May 2016. Through both a written and photographic record, this particular text tells of Okereke’s respective conversations with two men, both of whom had experienced the Nigerian Civil War of 1967 – 1970. 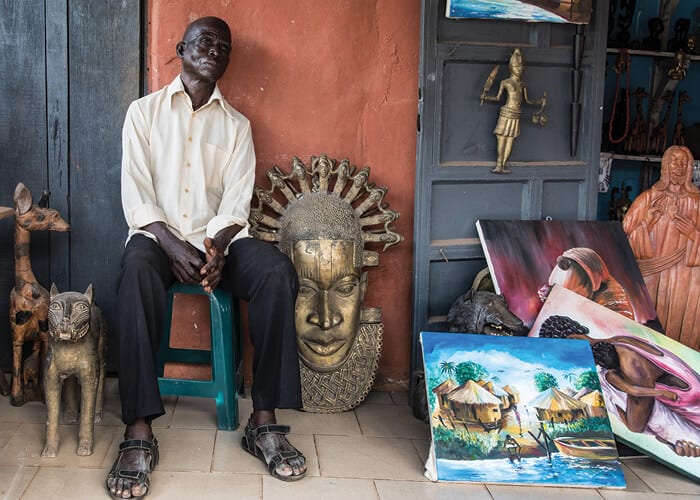 In Benin, I met and conversed with two men. Both had one thing in common: they have experienced the Nigerian Civil war of 1967 to 1970. The first was a war veteran, who joined the army in 1966 just before the breakout of the war. And the other happened to be an adolescent civilian at the time of the war whose recollection of the events seemed firmly anchored to when the soldiers made his then primary school into a Military camp. Both men are from Benin which was considered a Mid-Western state at the time, therefore their role/positioning in the war tended towards a more neutral or nuanced stance.

This very fact underlined the accounts of each of the men. For instance, Rtd. Warrant Officer Edobor spoke of fighting for both sides during the war. He was already enlisted in the Nigerian Army a few months before the war. He was part of the 4th battalion in Benin. However – at some point, the Biafran Army entered Benin and “liberated” it from the Nigerian Army, and forced Mid-western soldiers like Officer Edobor to fight on their side. So he found himself, all of a sudden pointing his gun at the reverse direction. Here is a man who was dragged into war and was never allowed as much as the courtesy of free will. Later down the line he was reinstated once again into the Nigerian Army. As a matter of fact, his enemies kept changing, and when your enemies keep changing, perhaps your real enemy is that which points you to the direction of an enemy. It hovers above you where you are sure not to look, with an aerial view of your life, dangling you to both sides of the pendulum. The real enemy is that which allows you no solidity of conviction.

Engr. Edward Ehige, whose primary school education was cut short when his school premises was co-opted by the Biafran soldiers, recounted gory scenes of mass killings. He emphasised a side of a story less talked about: The Biafran soldiers would go into houses singling out peoples of Hausa tribe and killing them off. He recalls lorry loads of dead Hausas, while some littered the streets. I made sure to confirm that he spoke of civilians to which he said yes – firmly. All of this he experienced through the eyes of a twelve year old who would eventually resume his education after the war and then go on to study and graduate from the University of Benin as a Chemical Engineer. 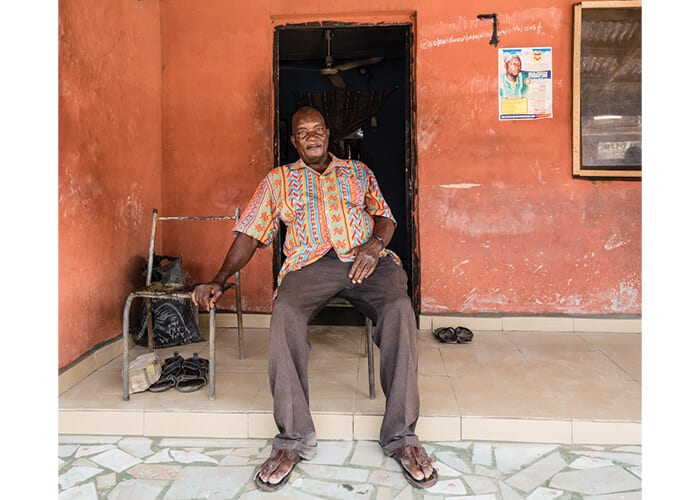 What has brought me to this project was to explore the possibility of personal narratives and private archives of the Nigerian civil war experience. I see it as collecting and collating memories, relics of the past that could be in the form of found objects (which I would then reproduce photographically) or documented stories. While I am yet to stumble on a collection of physical objects, my encounter so far in Benin seems like a precursor to the kind of content that will make up the private archives of collected stories. After my conversation with the men, I have made photographs of each, in attempt to “visualise” the impression those stories left on me. It could invariably be my way of projecting myself unto a history that is clearly not told by me, but of which I am a part. Or it could simply be a way of articulating what I make present by my presence.

A thread runs through the two images I have singled out from the lot I made: I felt to an extent, that both men have become relics of the past. There was no nostalgia in their voice, only stark recollection and a tinge of regret. As if they represent what should not have been rather than what is possible. In the image of the veteran, there was something about his half nonchalant and half disquieting pose, supporting his weight on an empty chair, a chair that got me always thinking of a void, that space of uncertainty. What if it never really supported his weight enough? What if he is rising from a long and hard fall? What if he suffers from an indelible incapacitation of which he will need this support the rest of his life?

The engineer’s image on the other hand is anchored to the fact that after transcending the interruption to his education by the war, and eventually becoming an Engineer, he ended up not having a job for almost twenty years due to a fallout with the government agency he once worked for. It is in his heritage as a member of a family of bronze casters that he would find refuge and a source of livelihood. It was as if the nation state (be it Nigeria or Biafra) that was envisaged for the likes of him not only eluded him, but worked against his destiny. After fifty years of being Nigerian it is his heritage, much older and more faithful that offers him life support. I could well imagine that everything else around him is a beautifully constructed bubble to which he might be indifferent.

A resilient visionary: New catalogue on David Koloane is a beautiful tribute to his life and work