“Ortus:’ In Conversation with Stanislaw Trzebinski

ART AFRICA spoke to Stanislaw Trzebinski about his sculptural practice, symbiosis and his upcoming exhibition ‘Ortus,’ which will be on show at the Jan Royce Gallery, Cape Town, from November through December 2016. 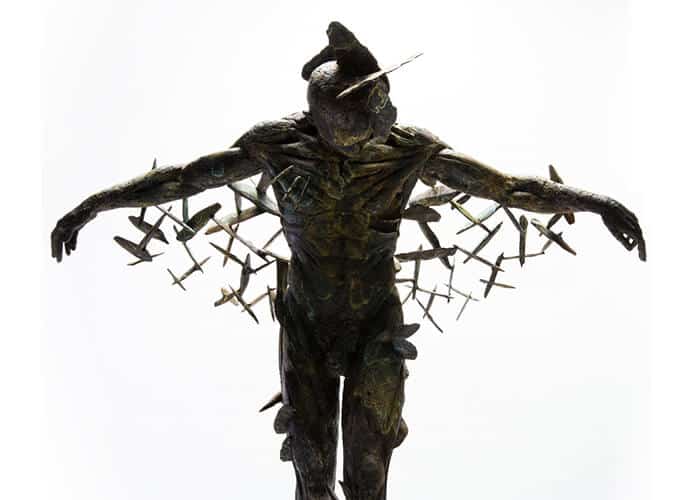 ART AFRICA: You grew up in Kenya, surrounded by people that love art. How did this experience influence the work we see today, and what is it about sculpture in particular that you are attracted to?

Stanislaw Trzebinski: My childhood taught me a great deal about the value of art in day-to-day life and society. This, coupled with the exposure I had as a child to nature played a big role in the inspiration behind my current work. The natural world plays a vital role in our existence and survival on this planet. Although we may want to distance ourselves from it all, we are in fact closer to it than we think. On the topic of sculpture as a means of expression, there is something satisfying about being able to take a thought or an idea and fashion it out of clay into a material object that exists in space and that the viewer can interact with. That really excites me. It’s a means of inviting people into my world.

Please tell us a bit about the process behind your sculptural works, and how you arrive at the final piece?

I usually start with the figure’s pose – something that I’ve seen in an image perhaps, often a beautiful photograph of sorts. This is important because it often deciphers the mood and movement of the piece. Once that’s been decided, there is a lot of complicated calculations and ratios to work out the proportions of the metal armature – a skeleton of sorts that gives the piece support from within. From there I start to add the volumes and eventually work the detail down to the anatomy of the human figure. I often try and stick as close to anatomically correct as possible. This allows me to get really creative with abstracting the piece but gives it a solid and recognisably human foundation. I never really know what the piece will end up looking like because only once I am done with the anatomy, and am happy with the mood of the piece, can I start putting the final touches on, using sampled shapes and forms from the natural world, at the moment, corals in particular. The work doesn’t really stop there – I like to follow my pieces all the way through the bronze casting process – after the many steps in the process, the final touches are in the patina. This is a process of chemically treating the bronze to give it colour and protect it from oxidation. I do most of my patinas, because it’s like painting with heat and chemicals. This is for me when I have the most satisfaction. I can now give life to the bronze and make it look as if one would have found it on the bottom of the sea. 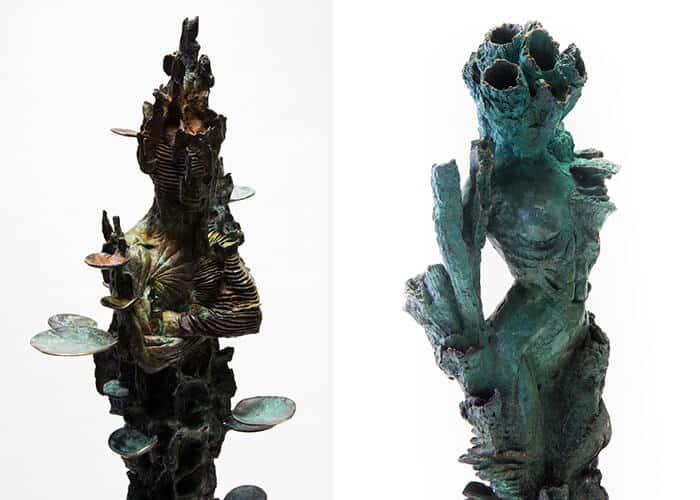 There is something about your work that makes me think of the ancients – Ancestry, Greek mythology and such… As someone who is inspired by the symbiotic relationship between humans and the natural world, how would you de ne this ‘mystical’ element?

When we look at examples in the past, mythological figures and creatures were often used to personify elements of the natural world in a way that would help the people at the time understand, relate to and respect them – often with great success. There is something quite tragic in today’s modern society about the fact that we no longer have the capacity to have such belief systems. As humans, we are instinctively curious creatures. Our hunger for knowledge has empowered us to rise above all other living things. We no longer see the value and the importance of the natural world, too often preoccupied by cyber space and city living. This is something that has been lost in all but a handful of cultures. My works seek to personify nature. By doing so I hope that the viewer can see the connections once again between us and the natural world.

In many of your works the figures are ‘dismembered,’ or have taken on an ecosystem of their own that appears to exist as a kind of sequel to the human condition. To what extent is mortality an integral subject in your work?

The dismemberment of my pieces is in fact a way to invite the viewer to “fill in the blanks.” In relation to the subject matter, I am in fact trying to mimic corals and natural forms, so there is this sense of growth – hence why some of my pieces are missing parts. You could say that mortality indirectly influences my work. As humans I think we have a responsibility to come and go on earth and live our lives in a manner that leaves the planet in a better state than it was before we came. That would be in a perfect world. Sadly, that’s not the case – in fact it’s the opposite. I think that my work touches on that in a way – although I feel that my sculptures lean further towards the immortality side of things. As if they stood the test of time and quite literally they will, being bronze. 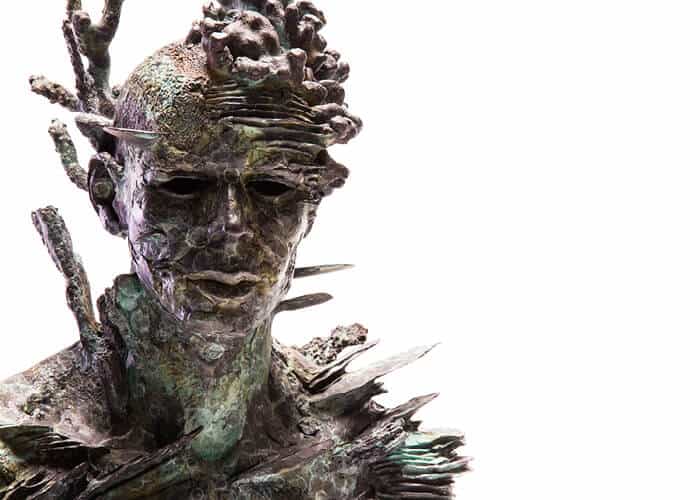 Please tell us about ‘Ortus,’ your upcoming exhibition of Bronze sculptures at Jan Royce Gallery? Where does the title come from, and how has this work grown out of your previous works?

‘Ortus’ is the Latin term for origins. I intend the show to invite visitors on a sculptural journey back to our roots, and I hope that my sculptures and two dimensional works will plant seeds of curiosity in those that see the works. If it sparks conversation amongst viewers on the environmental issues that I am touching on, I will be very pleased. This will be my second solo exhibition at the gallery, and will include a total of approximately twenty-two bronze works, most of which have never been seen by the public eye. If all goes to plan, I will also be showcasing some installations!

When you compare the new works to my last solo, this body of work has really pushed me to hone my craft. There is something quite visceral about the works and many of them speak for themselves. The level of detail in the anatomy, as well as the realism of some of the pieces has been something that I have had a lot of fun with. I have used many new techniques in sculpting as well as new mediums which have yielded satisfying results. The underlying message that my previous body of work had is still very much present, commenting on how the human condition has become dissociated from the natural world, however I think that I have felt a sense of freedom in regards to the abstract aspect of this body of work, which is visually present in many of the pieces. There are a few pieces that have seen me experiment with the use of negative space and energy and tension created within the space – if that makes any sense. That being said, the photos don’t do them any justice. One needs to see them in person to really get a sense of their presence.


Stanislaw Trzebinski’s ‘Ortus’ will be on show at the Jan Royce Gallery from November through to December 2016.