Out of Nowhere – A Group Exhibition

The muse is an ideal and therefore says more about the artist than it does about the muse.

In her response to the theme of Smith’s group exhibition, ‘Out of Nowhere’, Michaela Younge captures the veracity of creative stimulus contained in the concept of the muse. At once the object of desire and subject of inscrutable study, the muse lends a voyeuristic glance into what largely consumes the complex inner-workings of a creative mind. Conceived in reaction to Stieglitz’s photographic portraits of Georgia O’Keeffe, Smith curator Amy Ellenbogen set the theme as a challenge for contemporary artists to demonstrate the shift from the archaic ideal of the female deity to the often latent multitude of subjective sources of inspiration. Fuelled with renewed insight, Ellenbogen poses the following, “What are modern day muses? How has the relationship between the artist and the muse shifted over time? Has it shifted?” In light of the curatorial proposal, a selection of 24 artists was made for the exhibition which interrogates and presents a plethora of conceptual responses to the muse. 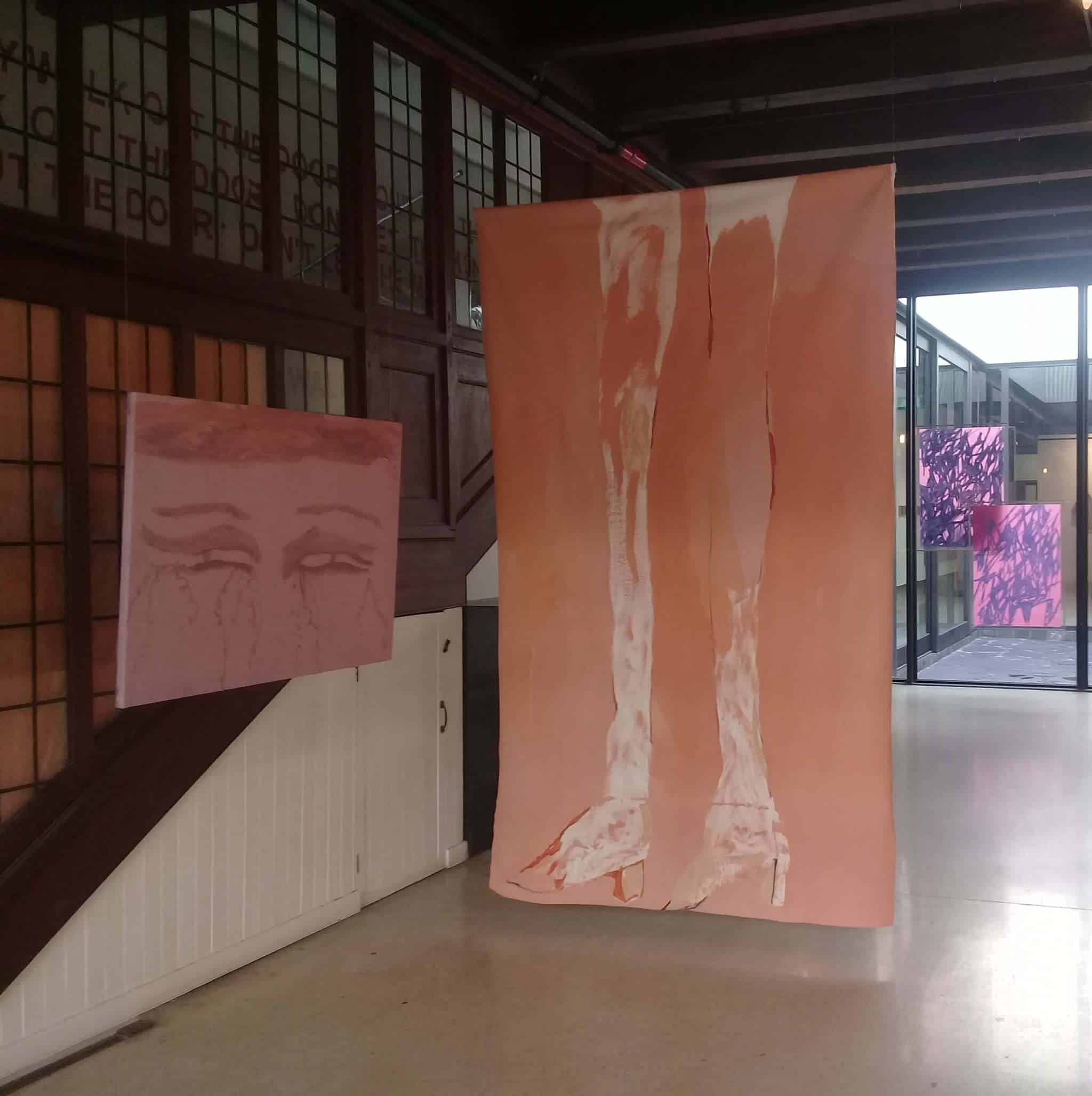 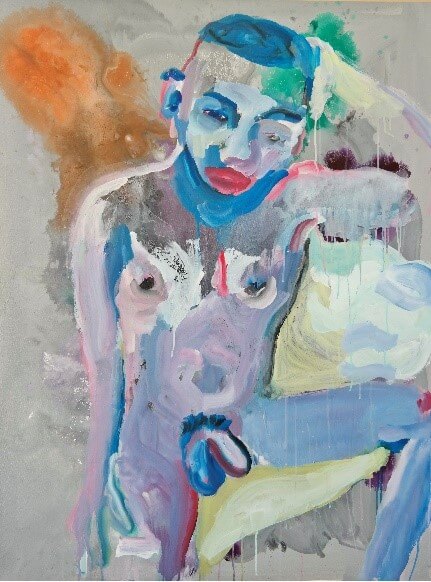 Upon entering the space, one experiences a cathartic response to reality with the figurative renderings by Jeanne Gaigher and Banele Khoza. Confronting the viewer with questions of identity, Gaigher’s work precariously balances on the cusp of androgyny whilst Khoza offers a highly expressive take on the nude male figure. 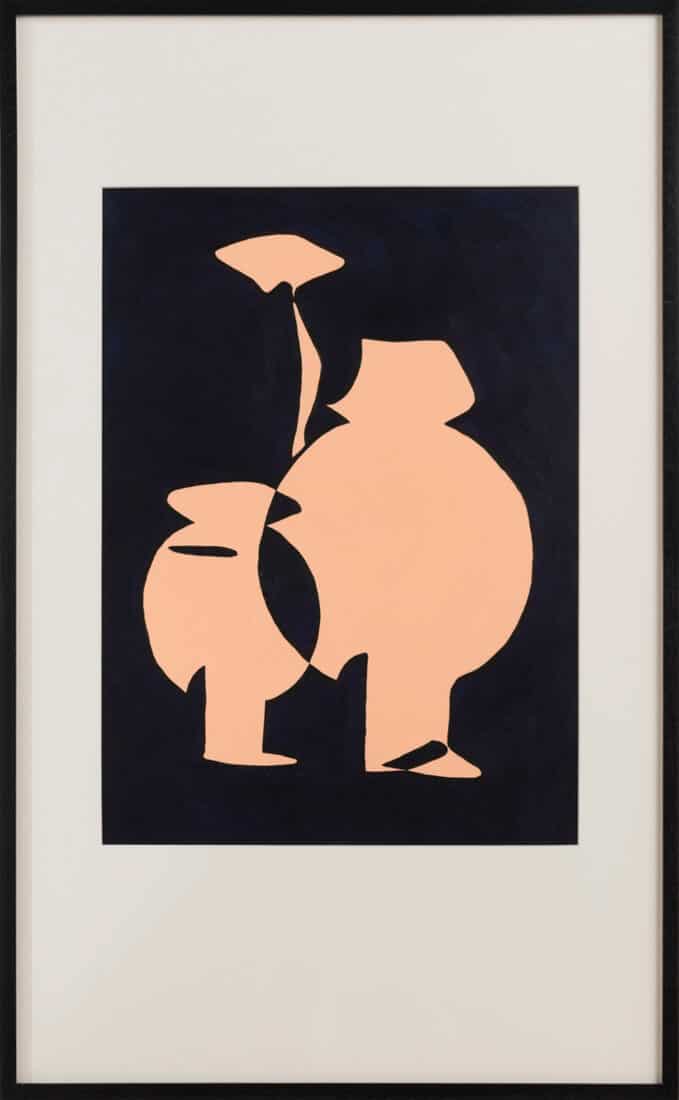 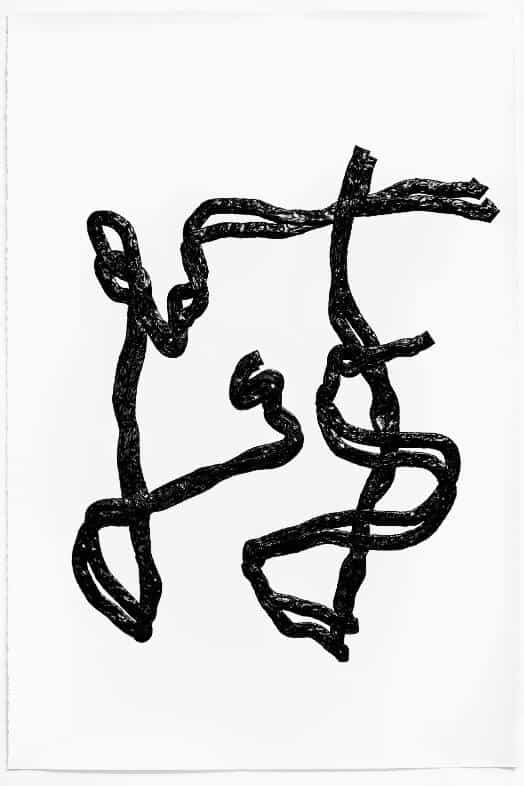 A plurality of forms and mediums become evident as one moves past the abstract expressions produced by Claire Johnson and Dale Lawrence. The uncanny familiarity of a high modernist aesthetic draws one into the work of Johnson, whereas Lawrence’s bold, textured line work evoke feelings of incompletion as echoed in his artist statement, “A muse or subject or inspiration is and must remain always unattainable or it will cease to be. Attainment is completion. Completion is consumption or death. It is perhaps the recognition of impermanence – a hopeless hope – that creates the intense dynamic necessary for art.” 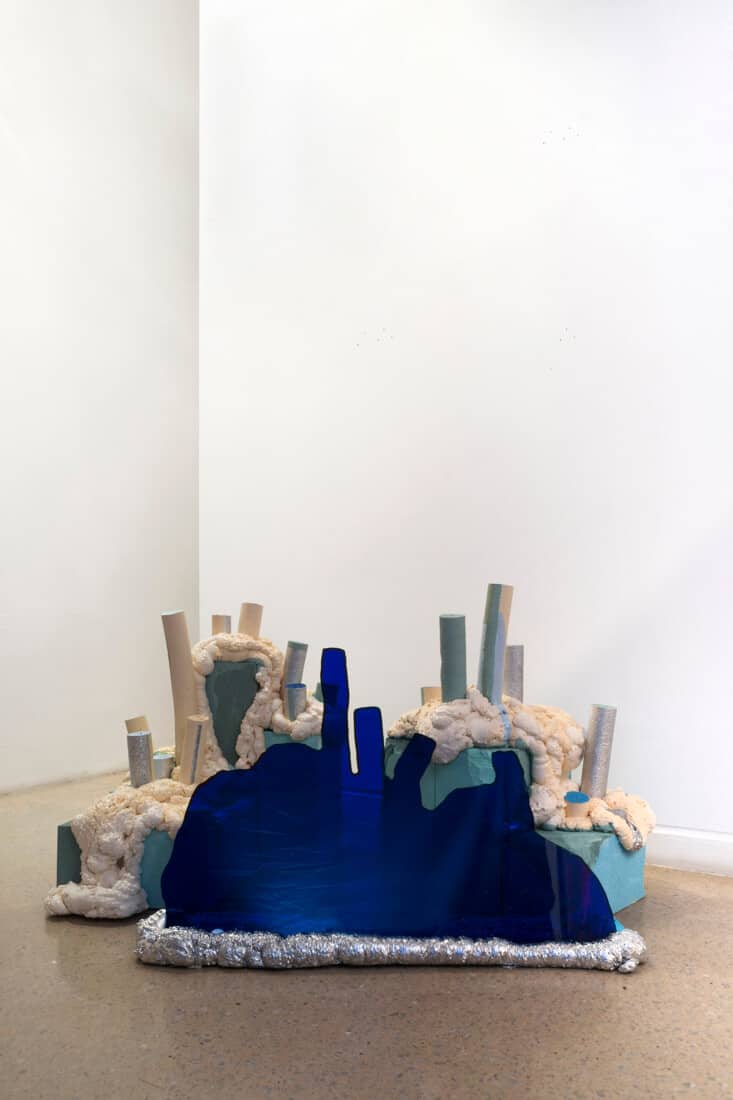 Katharien de Villiers, The Waves/Wanderer Above The Fog, 2017. Foam, perspex and spray paint. Dimensions may vary.

Subtly transcending the sensory, Katharien de Villiers provides a visual map in which she draws on concepts expressed in the literature of Eliot and Woolf placed alongside Friedrich’s iconic ‘Wanderer Above the Fog’. In combining these references, she offers the viewer some insight into the existential grappling that underpins her installation. In a similar vein, Bert Pauw’s loaded composition comprises a 2D photographic image (of a sunbathing Slimslab) framed by evocative installation pieces. The power of Pauw’s work lies in the recasting of banal items and images, in effect turning prosaic objects into subjects of renewed inquiry. 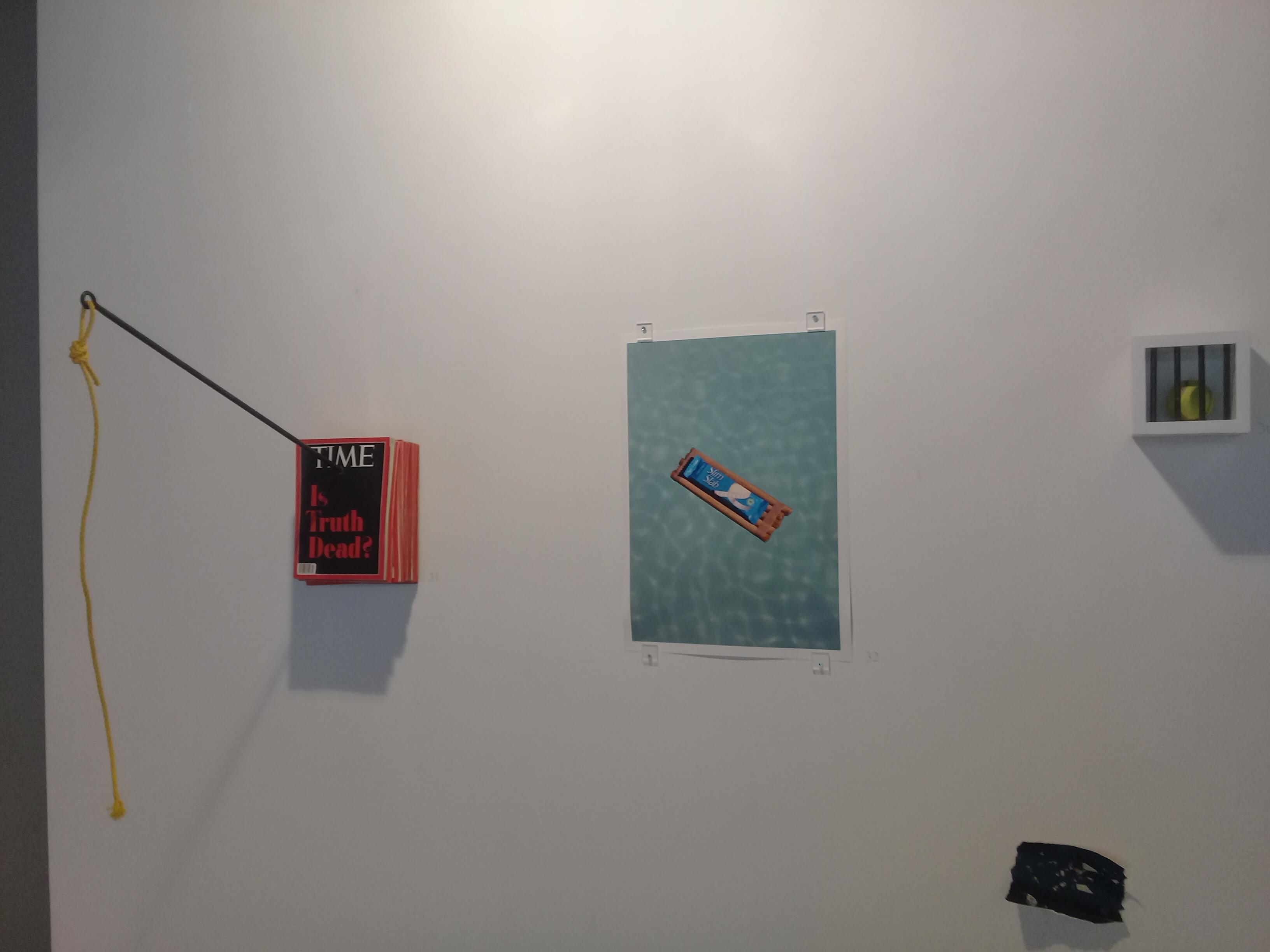 Considering the exhibition in its entirety, as a group show consisting of 46 works by 24 artists, one is able to cast wide-angled glances over the gallery spaces, fashioning dialogues and moments of interplay between the pieces. However Jess Holdengarde’s intricate collage work necessitates close- and concentrated inspection. Not to say that the work does not blend with the overarching aesthetic of the exhibition, as her collages are well curated in their own capacity, Holdengarde triumphs in the execution of a mindful, decorative response to custody battle of power surrounding the female body. 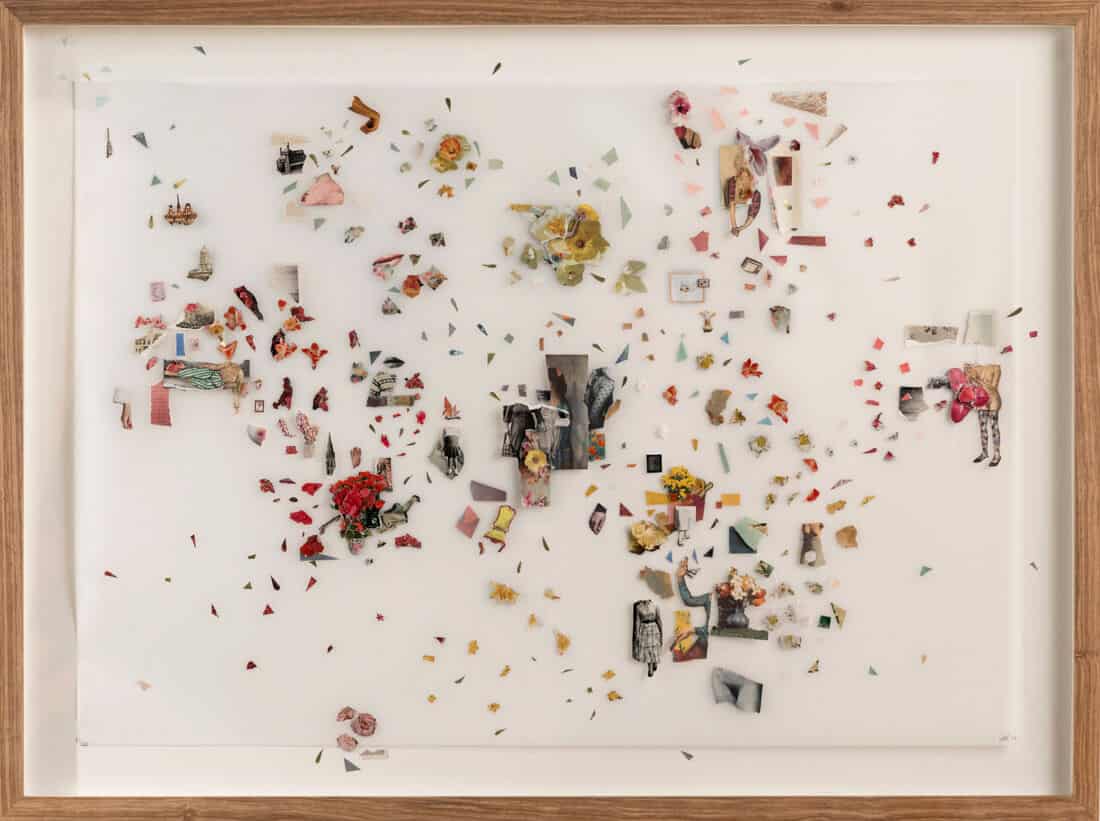 Jess Holdengarde, A Garden of Shattered Thoughts, Obscure Dreams and a Glimpse of No Reality, 2017. Mixed media collage on tracing paper, 60 x 85cm.

A dialogue between beauty and repulsion emerges from flatness of Stephen Allwright’s the fallen rope-walker (resurrected). Devoid of perversity, Allwright manages to enlarge certain features, such as the nipples, without offending the viewer. Beauty lies in the body language and sullen features of this figure frozen in eternal isolation. An inquiry into and question of the muse resurfaces, but is left in a state of rhetorical abandon. 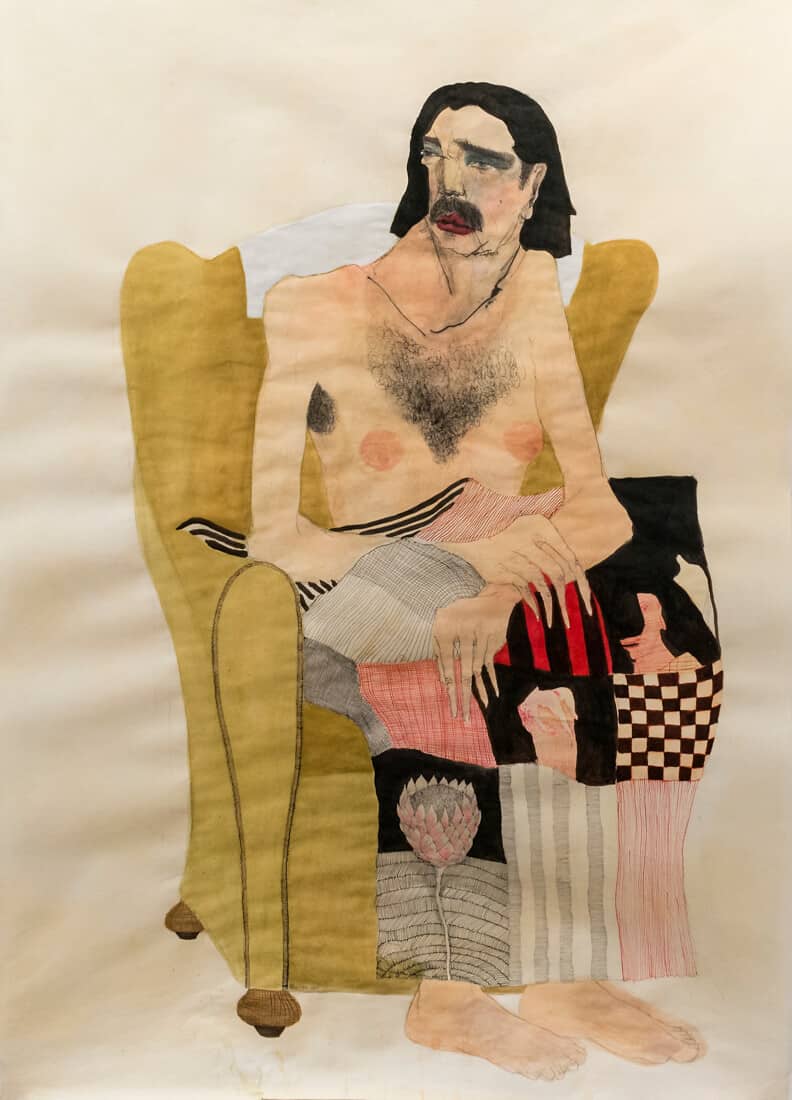 At last glance, evidence of a distinct colour palette brings forth the question of a collective unconscious as an undercurrent that binds the idiosyncratic expressions, as Ellenbogen states, “You’d think we’d have moved well past the idea of the muse as female but, curiously and whether or not this was intentional, there’s a lot of pink and blue in this show.” Despite the recurrence of gendered pigments, ‘Out of Nowhere’ attests to the wealth of insight into the contemporary, subjective take on the muse.