Outpouring of tributes to Nadine Gordimer 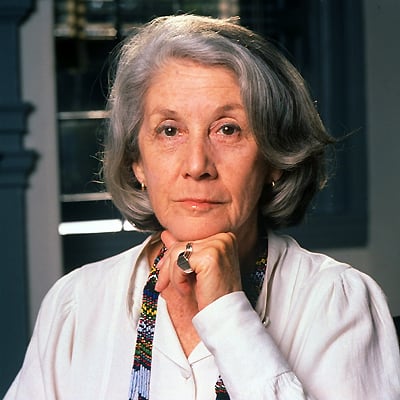 Image from Academy of Achievement.
She died peacefully in her sleep on Sunday 13 July 2014, according to a statement released by her family.
Gordimer was clearly an inspiration both locally and abroad, and her passing has inspired an outpouring of tributes.
Below are just a few the statements on this remarkable woman; exemplifying the impact she has made on the world:
“Nadine Gordimer was a daughter of the soil and was a courageous supporter for the liberation of our country and continued to speak for the voiceless right until the end.” – Minister of Arts and Culture, Nathi Mthethwa
“The passing of Nadine Gordimer is a tremendous loss, both to South Africa and to the literary world.” – Stephen Clingman
“Nadine Gordimer was a passionately cerebral writer, and her death confirms the passing of a generation of South African writers who lived by a firm moral compass” – Margie Orford
“She was a powerful voice against oppression, apartheid and ongoing attempts to stifle democracy and free speech. Her courageous character has inspired a generation of activists and helped others to find hope” – Right2Know Campaign
“Her talent, her dedication, her fearlessness, her ferocity: what a large presence she has been, for almost a century; and how greatly her brave, incisive voice will be missed.” – Margaret Atwood
“Her work illustrated the true power of fiction and narrative, how stories could open up a world that was otherwise inaccessible and far away” – Thessaly La Force
“May you beautiful and forever revolutionary spirit rest in eternal and graceful peace, you, guerrilla of the imagination, Comrade Nadine!” – Morakabe Raks Seakhoa
Justice Malala offers a way for us all to pay a meaningful tribute to Gordimer and her memory:
“But there is another way to honour a giant such as Gordimer… That way is to seek to live as consciously as they did. It is to speak for the opening up of the avenues for freedom – of speech, of expression, of thought – as Gordimer did unrelentingly for the six decades of her public life.”