Painting in Venice by Valerie Kabov

In light of the ‘Painting’s Not Dead!‘ issue (13.4) of ARTsouthAFRICA, hitting shelves at a store near you soon, Valerie Kabov takes a look at the prominence of painting at the 56th Venice Biennale and how it continues to re-define the borders of a ‘traditional medium.’ 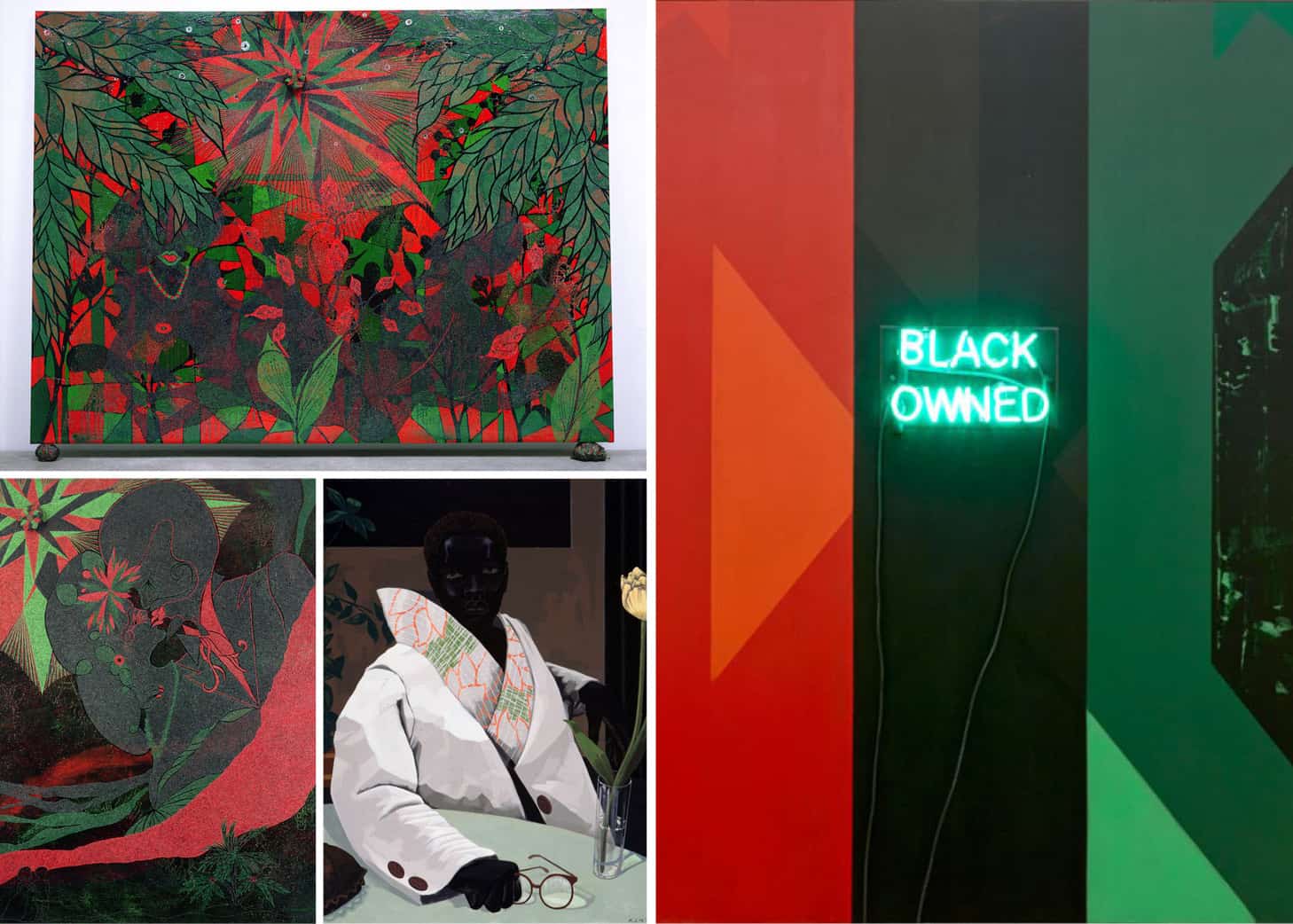 Almost every review emanating from the Venice Biennale opening to date has focused on thematic aspects of the curatorial vision and the way the art fits into and reflects the politics, environment, history, post-colonialism, nihilism and end-of-the-world-is-nigh visions. So it is almost by stealth and under the radar that a ‘mere’ art medium snuck back into the edifice of contemporary art that is the Venice Biennale. This medium is painting.

While still the staple of art auctions and gallery sales since the late 20th century, painting was seen and treated as a patient in a hospice – near to death. When it made an appearance in the recent editions of the Venice Biennale it was more of an odd interloper, an awkward trespasser that lost its way and wandered into the hallowed corridors filled with neon, video and installation. But things were palpably different this year. It is as though painting has found and carved out its own space and found a new voice, a new vocabulary to engage with and a claim to stake on the contemporary.

Breaching the formality of the stretched canvas became a liberation in many forms – whether through haunted shapes of sown fabric that underscore the sarcasm and audacity of Lavar Munroe’s works, or the self-contained environments of the Chris Ofili and George Baselitz rooms in the Arsenale, where the walls are tailor-painted to build the ideal space for the work to communicate beyond the sterility of the white cube. Elsewhere, there are bold portraits by Kay Hassan, which appear like breaches in a wall, fresh in the same way frescoes from Pompeii appear to us once unearthed. Even the Katarina Grosse installation, read equally like a new landscape as a painting fully and unapologetically realised in three dimensions. Canvas was interpreted and re-interpreted in the works of Newell Harry and Oscar Murillo, while, for Daniel Boyd, traditional Australian Aboriginal dot painting became punctuations and pixels of negation and oppression.

At the Giardini, Marlene Dumas’ roomful of skulls paid tribute to both the history of painting, the medium itself and the nihilism of the contemporary, while close by Emily Kame Kngwarreye’s work reigned with life-affirming wisdom of the ages. Around the corner, Kerry James Marshall played fast and loose with style and content – moving between racially-charged neo-realism and the luscious abstractionism of his Rorschach Blot paintings in way that only becomes possible through the awareness of the micro-attention spans of the right-here-and-now.

This is not to say that painting dominated – not by a long stretch. However, there is a feeling that after years of indeterminacy painting has found a way forward and with it a new equilibrium has been reached across all contemporary media. All art forms across the board, including sound and performance, are achieving a measure of permanence and acknowledgement as established and legitimate art forms, which make it no longer imperative to topple painting off its lofty pedestal as the traditional queen of art forms.

The shift in the zeitgeist was also telling beyond the formal exhibition. Whereas in the past few Biennales, the must-see collateral solo artist presentations were works such as Bill Viola’s Ocean Without a Shore (2007) (an HD video installation) or Anish Kapoor’s Ascension (2011) (literally a smoke column); this year, the must see ‘side’ shows were Peter Doig’s eponymous exhibition at Palazetto Tito, Cy Twombly’s Paradise at Ca’ Pesaro and Sean Scully’s Land Sea at Palazzo Falier.

The cynic in me speculates that this ‘revival’ of painting is also at least partly underscored by financial/market concerns. Major commercial galleries are increasingly funding production and participation costs in the cash-strapped art institutions and mega-exhibitions such as the Venice Biennale. Subtly, the power shift towards the commercial sector can’t help but create a reverse filter as to what is produced, shown and supported across the board, Venice included. Since painting remains the biggest selling medium and what shows in Venice sells in Basel, it makes sense to promote it.

However, even giving skepticism its due, the new movement in painting seen at and around the Venice Biennale this year are exciting, fresh, exuberant and relevant – re-affirming the power of the age-old medium to surprise and inspire. For those of us who love painting this is a wonderful sight to behold. 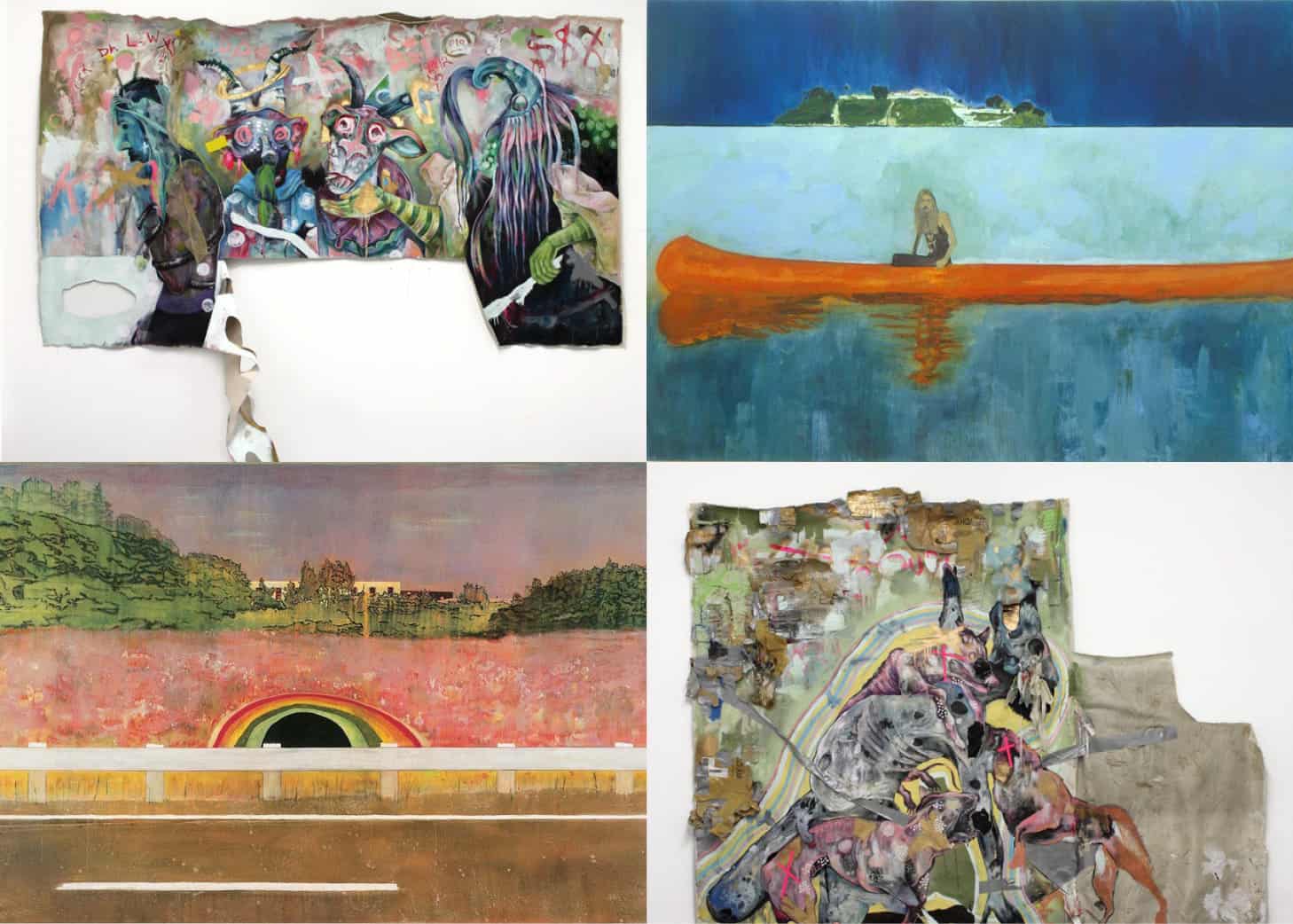 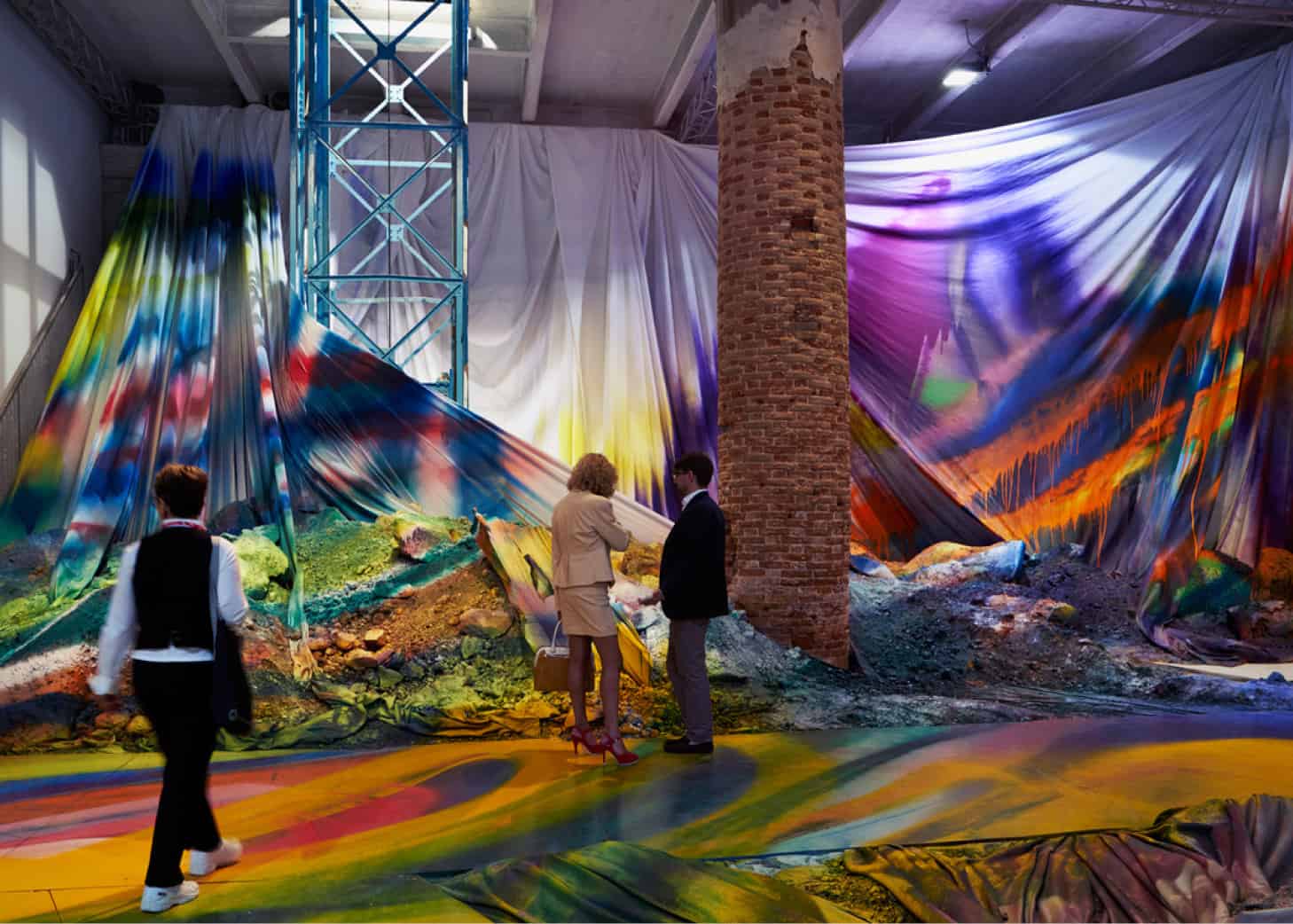