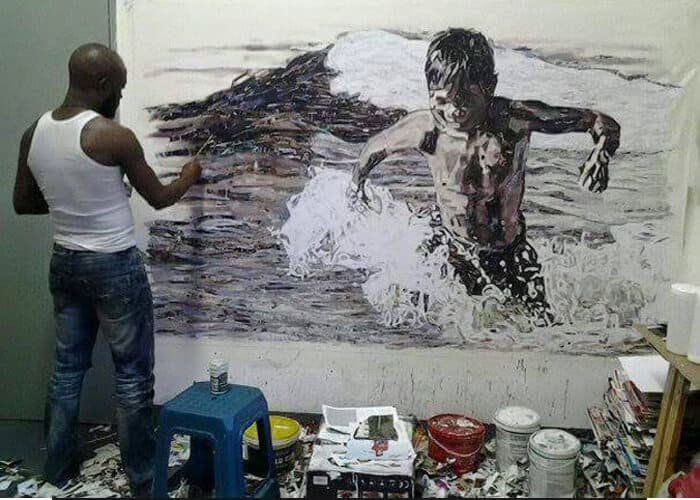 “Pan-Africanism, the idea that peoples of African descent have common interests and should be unified. Historically, Pan-Africanism has often taken the shape of a political or cultural movement. There are many varieties of Pan-Africanism. In its narrowest political manifestation, Pan-Africanists envision a unified Africa.

In the context of this series of visual art exhibitions, Pan-Africanism is the sentiment that ALL people that have chosen Africa as their homeland, essentially have a great deal in common within the extraordinary diversity of the continent –  a fact that deserves notice and even CELEBRATION.” – quote from ‘pan-africanism’ by Peter Kuryla

The concept for the Pan Africa series of visual art exhibitions, comes from the bottom of my heart. It expresses my gratitude to South Africa, its people and the continent as a whole. A one year stint, 24 years ago, developed into this ongoing love affair with Africa. When the “new” South Africa came about, I decided to make this country my permanent home and have never looked back.

Through all the ups and downs that a daily life holds within a turbulent transition, I have surfaced again and again to this staggering beauty of Africa’s people, talent, and uniqueness.

Maximum inclusiveness was key when curating this very first series, different countries, different cultural backgrounds, different mediums  have been consciously combined in order to show the extraordinary range of expression this continent holds – from uncomplicated creativity to powerful political commentary.

My hope is that this upcoming exhibition can demonstrate that within the vastness of differences, “we” (as in people that love and live Africa)  simply look the best when mixed up together, side by side, with total tolerance, love and respect.