Paul Senyol on Skateboarding, Collaboration and the Art of Making

Cape Town-based artist Paul Senyol has been working tirelessly on his latest body of work, which will be on show at the Turbine Art Fair (Johannesburg) between the 14th – 17th July. Inspired by colour, form, the built and natural environment, and Peter Doig, this series of paintings reflect his love for the medium, the creative process, and his plans for the future. 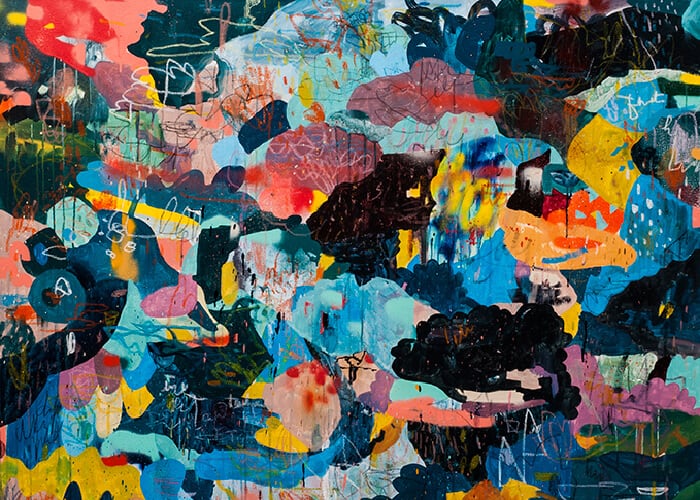 You began your artistic journey in the early 2000s doing “free art,” producing drawings and paintings on found objects and walls in your neighbourhood. What was this experience like, compared to the gallery environment in which you work now, and how would you say your style has evolved since then?

At that time I was young and quite naive. I had been painting since 95/96 as an alternative outlet to skateboarding, which is where I initially encountered painting, art and design. In this way, my interest was — and still very much is — the urban space. I was making use of my urban and public environment through skateboarding, which lead me to view and interpret my surroundings differently. A skateboarder will see a set of stairs or a concrete block as a medium to express themselves, rather than everyday objects, and so I started to view my surroundings as a kind of canvas which could be used to engage with the everyday person in a relevant way. At the time this didn’t seem possible within the confines of a gallery space.

I believe art is for the people, and so I wanted my work to be accessible. I look back on this time in my life very fondly, as it has shaped my view and direction as an artist. The city became my inspiration and canvas. Public space became something I was very aware of. If anything, my work has developed from those times with regards to content and concept, but still very much has the built and natural environments as its inspiration and starting point. 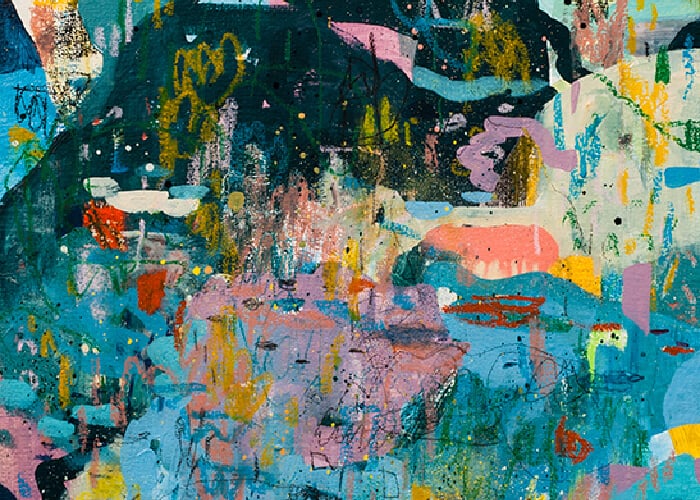 The last time we spoke to you was just over a year ago, prior to the opening of your collaborative exhibition ‘Polynesia’ at Salon91 in Cape Town. The work for this was produced alongside Cathy Layzell. You’ve also worked with other artists since, including Tahiti Pehrson. How do these experiences inform your practice?

Collaboration is always an interesting and refreshing experience for me, as it puts me in a position where I am forced to look at an artwork differently, through the view of the collaborator, and enter into their process and technique. This often opens new ways and ideas of working for me. In the confines of my own studio, I can become quite reclusive and focused on my own work. By collaborating, I am able to broaden my view of what I am doing, and what is possible in my work. I very much enjoy working collaboratively, and one of my favourite artists to work with is Andrzej Urbanski. We have such differing styles and approaches to working, but somehow when we come together to work on a piece we find a sweet spot where we are able to cross over into one another’s process, work and thoughts. 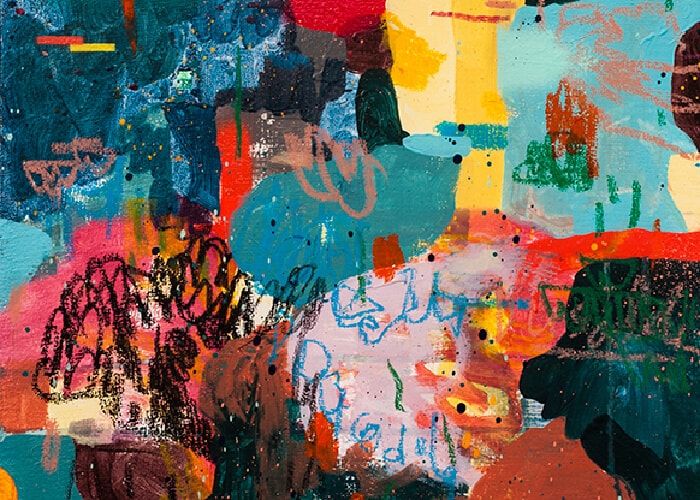 In an interview with Between 10 & 5 you talk about the role that titles play in creating an entry point, not only for viewers, but the creation of the works. With titles such as Stream; Kindle, and Crevasse, your current body of work seems to references a different kind of habitation from the urban environment that inspired your early work. Where do these titles come from and how have they shaped this body of work?

The work I have produced for the Turbine Art Fair employed titles which have an illusionary and open-ended interpretation. The titles are a bit more open for interpretation. These works form a starting point into my thoughts for an upcoming solo show at Salon91 titled ‘Inhabitant.’ They were produced as an initial point of departure for that exhibition, almost like experimental or inspirational pieces. A number of the works are smaller than usual, and take on the role of palettes, colour-field and composition pieces. I recently watched an interview with Peter Doig, and part of his process involves creating smaller pieces which are used as tests for larger pieces to come. They look almost identical to the actual finished pieces. I found this quite interesting. For ‘Inhabitant’ I will be exploring the natural and built environment, which is a consistent theme in my practice, so the titles for the works would suggest such explorations and discoveries. 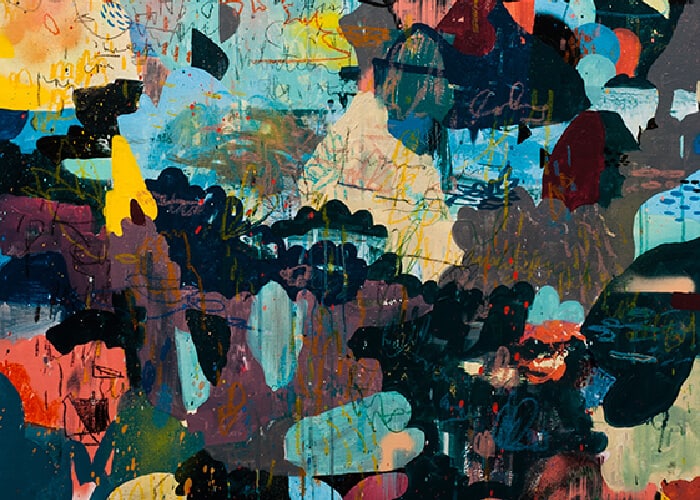 Your work will be on show at the Turbine Art Fair this weekend, as part of a group exhibition with Salon91. You’ve worked with many of these artists before – Cathy Layzell and Tahiti Pehrson are part of the same show. Do you feel your work speaks as a kind of collective voice?

Yes, definitely. There is a consistent theme of abstraction with a number of the artists showing with Salon91 at this years Turbine Art Fair. Most of us have found similar inspirations and starting points which inform our works, yet our executions are diverse and varied. From the works that I have seen from other artists who will be showing at the stand, we all seem to be speaking the same language, but with differing dialects. 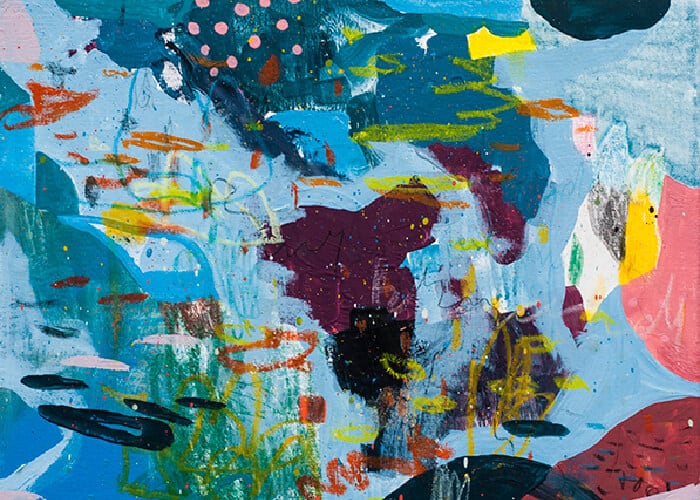 Finally, what can we expect to see from you in the future? Is there anything that you would be eager to explore?

I still really enjoy painting, and I dont think I have exhausted the possibilities with regards to the medium. I would like to explore different ways in presenting my works, which is my intention with ‘Inhabitant.’ I have a couple of ideas in how I would like to present this exhibition, which will allude strongly to their inspiration, environment and context. These are ideas which have been swimming in the back of my mind for quite some time now. I would also like to explore three-dimensional objects a bit more, so perhaps some sculptural work might find its way into that show, but we will see…

Paul Senyol’s work will be on show at the Salon91 stand at the Turbine Art Fair, Johannesburg between the 14th – 17th July 2016.