In Mark Twain’s 1905 pamphlet, ‘King Leopold’s Soliloquy’, Twain assumes the persona of King Leopold bemoaning the arrival of the camera, the ‘incorruptible Kodak’. To the King’s horror, this new technology is able to bear witness to the atrocities he was committing in the Congo, and expose the lies that he’d been able to circulate and protect via the press.

How our faith has changed. We’ve been exploring the currency of images for around two decades. During that time, the camera has become an increasingly political piece of apparatus. You can’t use a camera and not make a political statement – about race, gender, and sexuality, about natural resources, about power. Increasingly, we find ourselves living in a world marked by division and conflict, and often choreographed by the media, and we’re still asking ourselves the same questions:

What determines the political, economic and cultural value of the image? What is the complex relationship between images and power (and is it possible to reverse them or at least disentangle them from one another)? What is our ethical relationship to the image?

‘It would be good if you could go further’

‘One expects more after all this

On how to give an image of change’

‘Yes, but here one needs to be frank

You try to find an image of change

But you don’t even know, if…

Is a description of change possible?

Is there any image that could even qualify?’

So begins Jean-Luc Godard’s short film, Changer d’image (To Alter the Image), made thirty-five years ago as part of a commission for the one-year anniversary of French president François Mitterand’s election. Many hailed Mitterand’s rise to office as a turning point, a time of change and emancipation from the constraints of a capitalist framework. However, this was not to be the case – Mitterand’s intention to ‘Change Life’ was soon repealed in the face of economic struggle, and the French establishment ultimately followed the neoliberal agenda of globalisation pursued by much of the Western world. Godard’s creative output was a means to disrupt traditional frameworks and channels of image dissemination, but as revolutionary spirit dwindled amongst the left, so too did the reach of militant cinema. 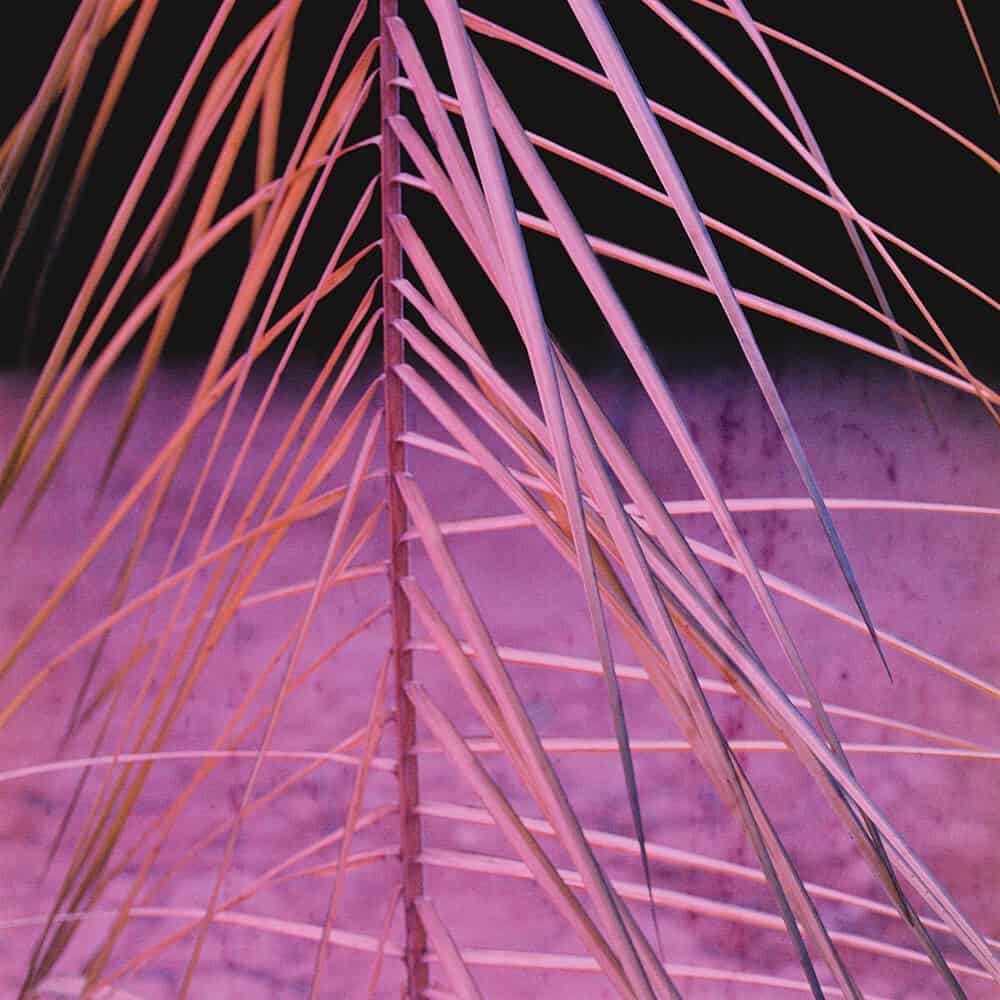 Godard’s film, a comment on the impossibility of true change and the futility of attempting to harness it, uses an example of the artist’s own failure to illustrate his point. In 1978, Godard was invited by the Samora Machel government to travel to the newly independent Mozambique and assist in the establishment of the country’s first television station. This resolutely Marxist government was determined to pursue a cultural policy that highlighted the country’s autonomy, which they sought to reflect in their creation of a unique media outlet. Alongside Jean Rouch and Ray Guerra, Godard began to work on a concept for a television station that distanced itself from the model already constructed by the west. Here was a unique opportunity to unite a new revolutionary post-colonial state with a whole new form of media.

Whilst in Mozambique, Godard created a photo-montage essay, a diary of sorts, that he included in the 300th edition of Cahiers du Cinéma magazine, which he’d been asked to edit. Following Rouch’s lead on the essential inclusion of feedback, Godard determined to show the technology in the hands of the people – as if to represent representation was the ultimate act. Godard went to Mozambique with the notion that he was travelling to a nation without an image of itself. His task, as he saw it, was to help give birth to this self-image, through the creation of television and the experience of making and watching and then remaking films about themselves. The Cahiers issue was originally intended as a trailer, of sorts, but ended up as a requiem for an unfinished and failed project.

Godard’s dream of a truly radical outlet was gradually eroded as he and his team were forced to jump through the usual establishment hoops. The project faltered, and one by one the crew was disbanded and sent home. Finally, Godard’s contract was terminated. He left the country dissatisfied with his work and frustrated by what he perceived as his own stupidity in believing that images of change could be produced and disseminated through a framework saturated with bureaucracy. None of the footage Godard made in Mozambique remains.

In his 1982 film, Godard states that ‘the image did not exist, only chains of images’, and that it was the assembly of these images – whether in reference to pictures of human DNA or those in a car manufacturing manual – that constitutes the image itself. This assemblage gives birth to the image. We are very familiar with this cul-de-sac. One experience that recalls this was back in 2011. Government officials invited us to Gabon and gave us two weeks to ‘document’ it.

Our research lead us to Godard’s experiment in Mozambique and to his (now famous) refusal to use Kodak film for the project, claiming that as it was predicated to white skin it was inherently racist. Early colour Kodak film was unable to accurately render darker skin. For Godard too, there was an inextricable link between material and ideology; the narrative embedded within the film was inseparable from the final creative output. It was only when Kodak’s two largest clients, the confectionary industry and the furniture industry, complained that they were unable to render dark and light chocolate or wood in the same image that Kodak addressed the problem.

As an homage, of sorts, and a rejection of the colonial taste of the commission, we sourced many rolls of Kodak colour film from the 1950s, film Godard would have determined racist, and took it with us, unsure how it would perform. During the trip we were struck by the infrastructure of cultural display inherited by the postcolonial regime, and the way in which it appeared almost devoid of the very culture it was so determined to display. In the ethnographic museum in Libreville we encountered possibly the most succinct metaphor for this: a line of empty display stands that once held Fang masks. These masks, originally worn by spiritual leaders and used during ritual performances are now held in American and European museum collections, deemed too valuable to be left in a small museum in central Africa without adequate archival facilities.

As commissioned photographers, we became an extension of State, implicit in a framework of representation, preservation, and display that ran counter to its purported intention. We always suspected this project would be an exercise in nostalgic institutional racism, and we realised that to counter this, we needed to utilise our materials in an act of subversion. Travelling along a Chinese-built road towards the end of our trip, we encountered a number of isolated Pygmy villages in which a rare Bwiti ritual was taking place. We were granted permission to photograph certain elements of the ritual.

GODARD STATES THAT ‘THE IMAGE DID NOT EXIST, ONLY CHAINS OF IMAGES’

From around fifty rolls, only a single image could be salvaged. The image, which showed a branch of dry palm propped up on the floor outside of the Bwiti temple, was unremarkable in a formal sense – because the various pigments in film deteriorate at different rates, only the magenta tones were visible. But we saw that the image, far from being a failure, served as conceptual evidence: it offered visual proof that the technology of image-making is as politically fraught as the images it produces.

The global events of the last twelve months have brought to the fore a politics of violence, exemplified in Donald Trump’s ‘whitelash’ fascism. This is apparent not only in the United States: Trump’s election has emboldened the right wing throughout Europe, providing a platform for extremist rhetoric throughout the world. Where violence is shown quite literally in Godard’s film, it exists in more insidious forms across contemporary media platforms, consumed by the public, and effectively normalised. In justifying these beliefs and actions as necessary steps in returning our countries to their former glory, we hear the echoes of the racism and segregation we had hoped were consigned to history.

To work towards change we must reject the idea of any single formula; we must immerse ourselves in the connections between images, and the world from which they’re taken. We must educate ourselves and register our fears and our commitment to resist the voices of xenophobia, misogyny, racism, homophobia and intolerance. Our action is a political decision, but it also speaks about our humanity – what we can share with each other; what we can give rather than what we can take. We have to believe that the transcendence of ingrained political theology can be enacted by grassroots organisations and civil action, through a network of peer-to-peer relations.

We’re asking those who engage with our message to join us – our artists, our thinkers, our researchers, our institutions – to stand with us and counter these voices of modern fascism. We must act now – it may be our last chance to dismantle the current framework and contribute to a system of and for the people.