Rising up to celebrate the potential that South Africa holds

Make A Difference Leadership Foundation is hosting Phakama, its second Benefit Auction in the United Kingdom in October this year. This event provides a window to South Africa – a cultural showcase and celebration of what South Africa has to offer in food, wine and art. Phakama combines an appreciation for South African heritage, art and philanthropy to produce an event that has the potential to transform the future of the country.

MAD Leadership Foundation is focused on instilling a sense of hope in communities and firmly recognises the potential that South Africa holds. Under founder and chairman Francois Pienaar, who will be attending the auction, the foundation is dedicated to developing academically talented scholars with leadership potential into future leaders of South Africa. 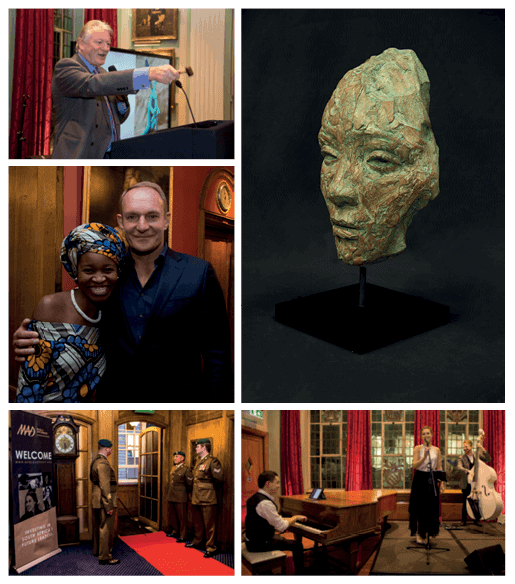 More than 40 carefully selected artworks will be at the event, and will be divided into a live auction as well as an online silent auction. Lionel Smit, Janko de Beer and Solly Smook are among some of the artists whose work will be featured on the live auction. The work ranges from charcoal and acrylic on canvas, photography printed on perspex and bronze sculptures.

The inaugural event, in 2017, was a massive success and raised a substantial amount for the foundation. The evening was a spectacular celebration of the best South Africa has to offer and this year promises to be no different. The event will once again be hosted at the breathtaking Painters’ Hall which is the perfect venue, combining unique art, some scenes dating back to the 16th century, and valued heritage.

Amy Gibbings is a freelance writer based in Cape Town, South Africa.