On May 15th, PIASA will present its ninth African contemporary art sale.

Some 150 modern and contemporary works, paintings, drawings, photographs, and sculptures will offer a panorama of the diversity of a buoyant art scene. A segment dedicated to Textiles & Design will be presented in an exclusive online sale.

The first section of the catalogue will be dedicated to modern artists: Ernesto Shikhani and Malangatana from Mozambique, Amadou Bâ from the Dakar school, or Kenyan artist Ancent Soi. 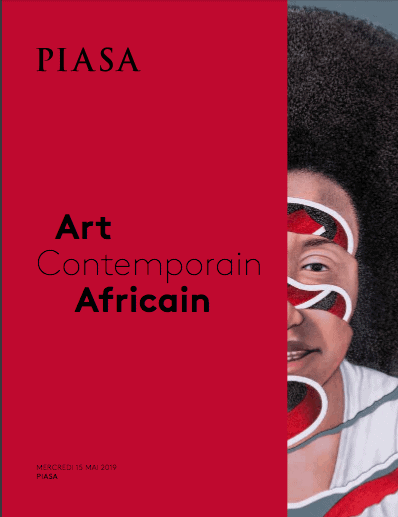 Click on the above image to view the catalogue

A chapter dedicated to Kinshasa’s ‘Popular painting’ artists showcases several paintings by Chéri Samba, including L’attachement aux racines from 2010. JP Mika, whose work Le Couple sold for €32.000 at PIASA in November of 2018, will be shown through paintings from his collaboration with Chéri Chérin as well as paintings on household fabrics, typical of his most recent work. Houston Malundi and Tsham, who both develop a minute and almost calligraphic style – on the theme of the city and tribal art respectively, were met with enthusiasm by collectors in November. They will show another aspect of creation in the Democratic Republic of Congo.

Senegalese artist Ibrahima Dieye will be presented for the first time in auction. Shown at the Dakar Biennale, in Europe and the U.S., he is presented in our sale alongside his fellow countrymen Soly Cissé, Aliou Diack, and Kassou Seydou. The latter saw one of his works sell for €33.800 in November.

Artists from the Ivory Coast will be represented by Armand Boua and Yéanzi, who reached a record €67.600 during the November 2018 sale. Both are part of the exhibition ‘IN-DISCIPLINE #2’ at the Montresso* Art Foundation’s Jardin Rouge, which opened in late February alongside the 1-54 Contemporary African Art Fair Marrakech. Several of Aboudia’s works will be presented, including an exceptional series of 36 drawings dating back to his arrival in Brooklyn.

The November 2018 sale had revealed the Ugandan scene and the links between many artists and the Afro-American aesthetic, artists such as Henri Mzili, Xenson, Ronex, and Sanaa Gateja – who executes paper-pearl frescoes. All of them will be presented once again, as well as the young Arim Andrew.

The upcoming auction will expand to exploring the production of East-African artists. Several works by Kenyan artist, Richard Onyango, who participated in the 1989 exhibition, ‘Magiciens de la Terre’.

From May 8th to May 15th, a section will be dedicated to African textiles and design, including creations by the Burkinabé artists Hamed Ouattara and Abou Sidibé. 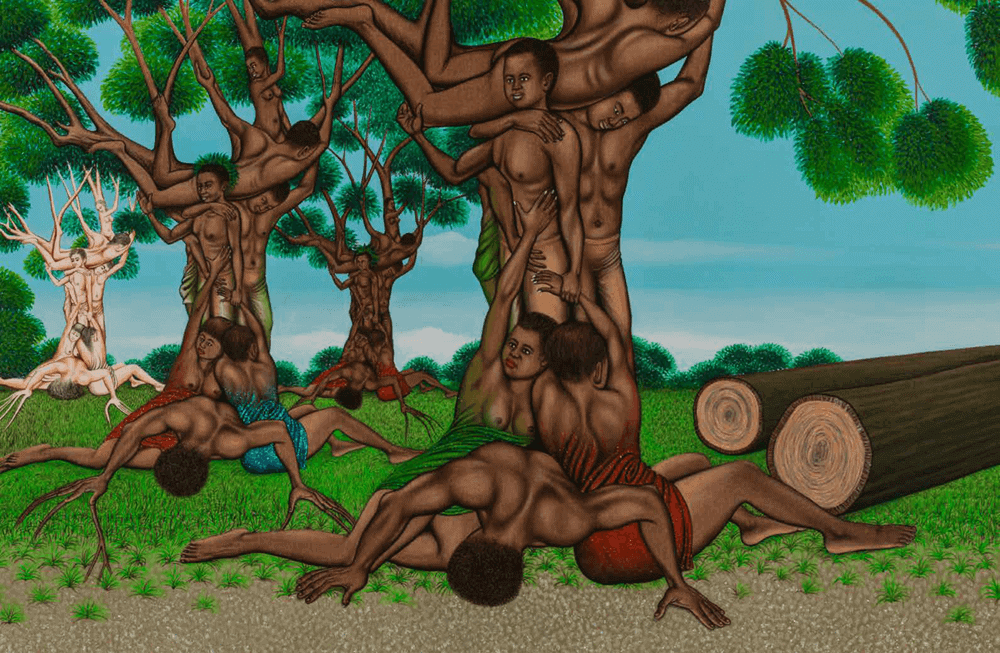 Chéri Samba moved to Kinshasa in 1972. Self-taught, he made a living painting advertising sign and drawing comics for the magazine Bilenge Info before opening his studio in 1975. He draws from scenes of daily life and touches upon political, social, and economic issues. He depicts himself in his works and adds text as commentary. Samba coined the term “Popular Painters”, which designates paintings that originate and speaks to the people. 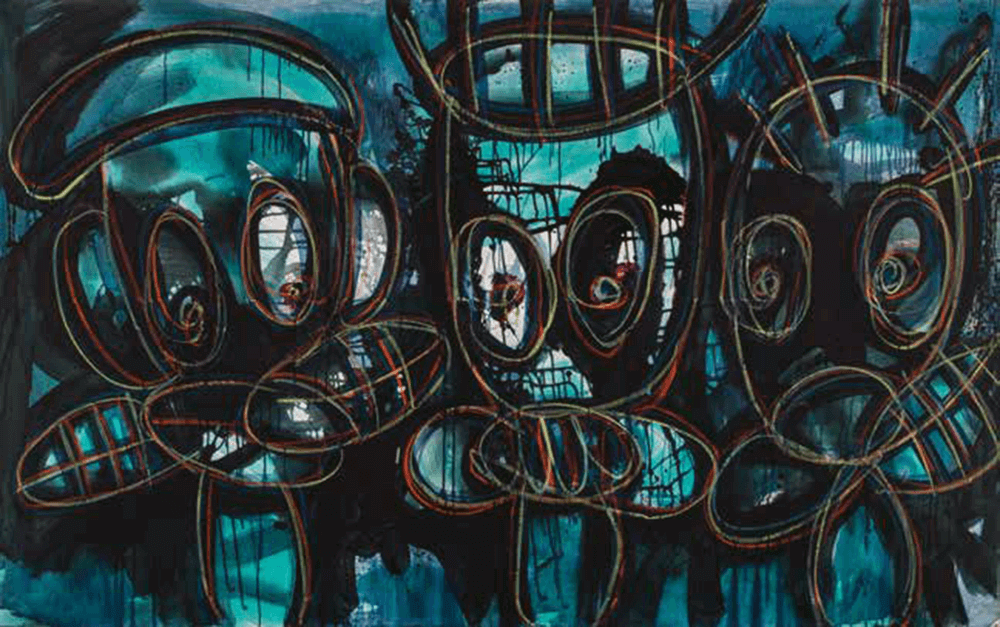 Born in 1983, Abidjan, Ivory Coast, he lives and works between Abidjan and Brooklyn. Aboudia caught the attention of critics in 2011 through his works documenting the violence of the Ivorian crisis. He was living in Abidjan in 2010 when the riots broke out following the presidential elections. When many intellectuals and artists chose to flee the country, Aboudia stayed and worked despite the danger. In the basement near the Golf Hotel where he remained secluded, he could hear the flying bullets. Back in his studio, he paints the violence he was privy to.

Aboudia’s paintings show children, but they are far from the photogenic children of an idealized Africa. These children are painted in a naïve and brutal fashion. Their faces show constant surprise, yet to be dulled by the scenes of ordinary violence. Aboudia paints in the nouchi manner, a blend of street styles from the districts around Abidjan that he appropriates, as a way of escaping in the face of deprivation. 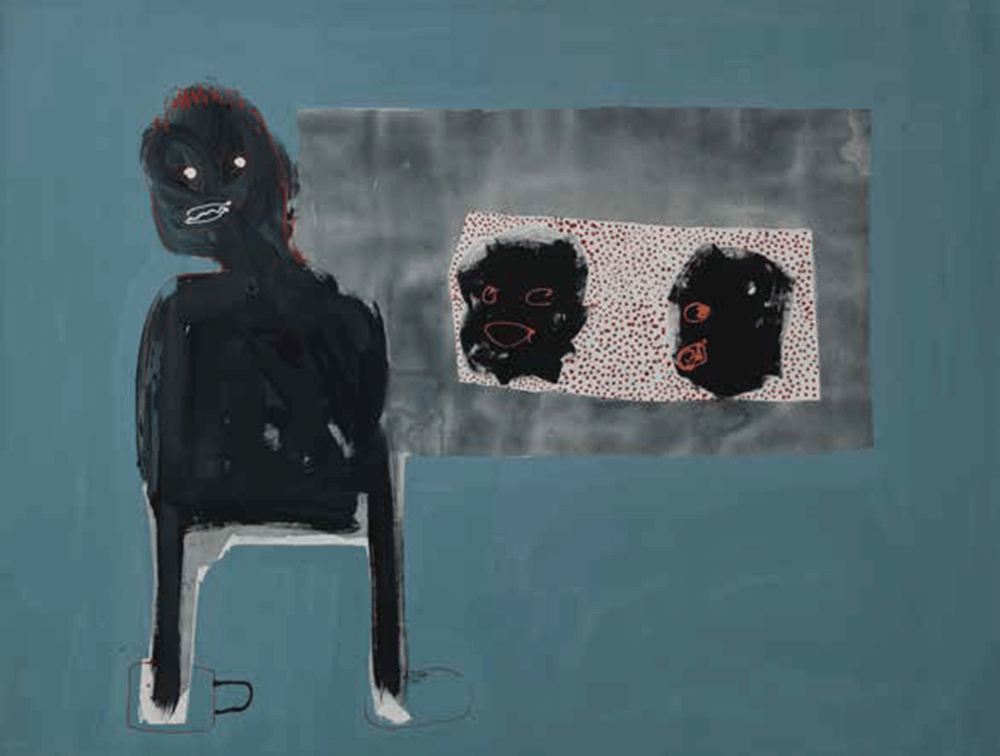 Born in 1977 in Mali. A native of Ségou, he studied at the Institut National des Arts of Bamako. Sanogo’s works are a homage to the Bambara proverbs of his birthplace. His art and times serve to understand the past. Freed from his academic training, Sanogo focuses on shape and colour. By applying straightforward colour planes Sanogo offers a critique of Malian society caught up between tradition and modernity. Thus, promoting a right to distance himself from European ethnographic tradition and the expectations of African contemporary art. The simplified, expressionless figures Sanogo places in a bare environment are the sign of a young but mature artist. 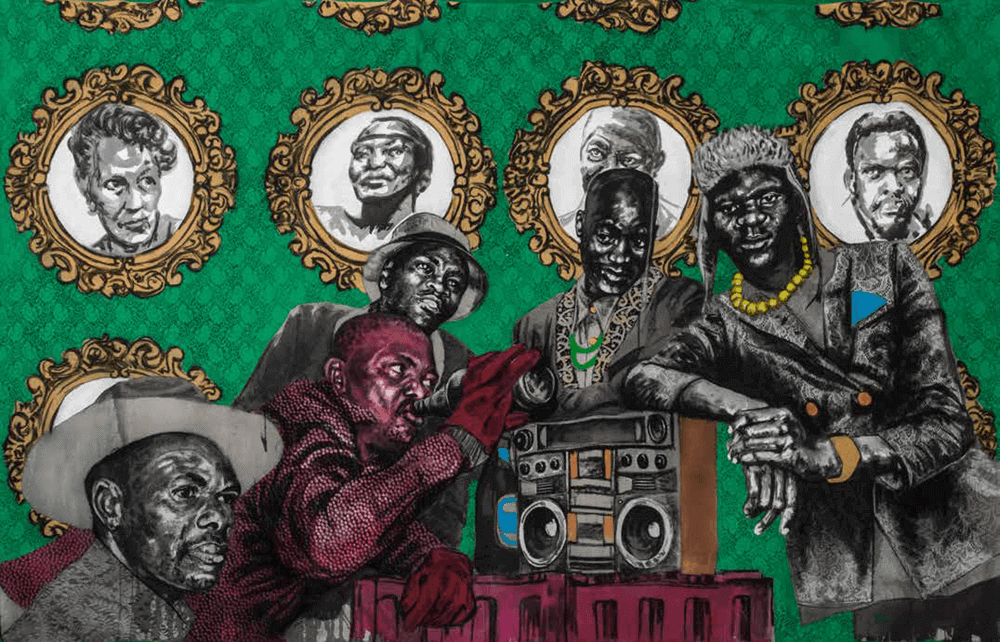 Born in 1986, in Springs, near Johannesburg, South Africa. Sibiya’s work tells the story of the apparition of a subculture born in the townships. During Apartheid, many young men and women left the rural areas for Johannesburg, searching for a better life. In addition to facing the hardships implemented by the government, they had to deal with their own social issues.

Fascinated by the way a migrant society survives away from home, Sibiya looks towards the Swenkas. In order to convey an image of success to their families, these working-class men from the countryside adorn themselves with elegant suits, parade and show a positive image to their families. During these elegance contests, the Swenkas also share the common values of cleanliness, sobriety, and self- respect. The healthy and humoristic competition allows for certain happiness in a grim situation.

Sibiya has worked with the greatest names of the South African art scene: William Kentridge, Norman Catherine, and Diane Victor. His technique draws upon engraving methods. His vivid compositions are made with acrylic and charcoal, applied through pieces of lace. 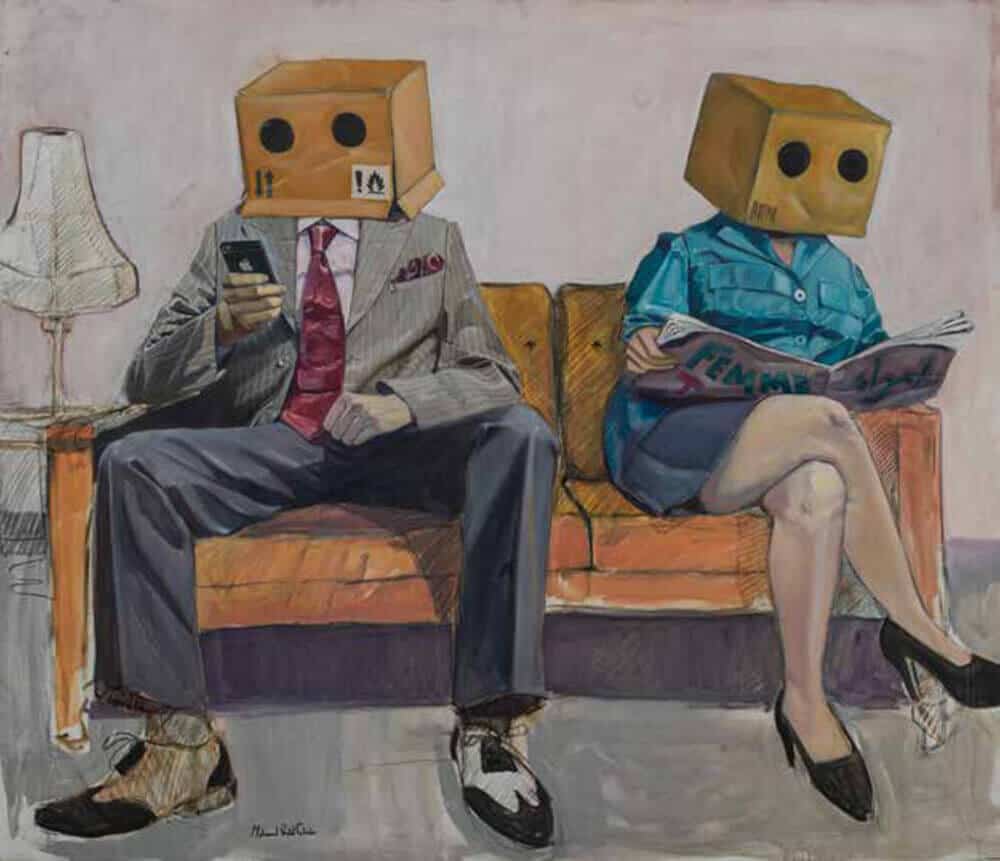 Mohamed Saïd Chair was born in 1989 in Tanger. After studying economics, he worked for two years as a financial advisor, before embracing entrepreneurship and creating a distribution company. Simultaneously, he developed his passion for painting. Self-made, he was encouraged by his architect mother when he decided to become a full-time artist.

His creation is fueled by his observation of Moroccan society as well as his professional past. His method explores painting and drawing, as well as installations and sculpture. Strong narratives often underscore a derisive tone.

Since 2015, Chair has developed the Into the Box series. The characters evolve within nondescript scenes of daily life, wearing a cardboard box on the head. Even without a face, the protagonists of the series clearly vindicate their priorities – the staging of their lives on social media, the construction of their image within a company, their belonging to a consumerist society, easy pleasures, and the cult of the body.

Born in Benin in 1965. His series of photographs The Citizens of Portonovo documents the life of the port town and ex-capital of the French Dahomey. Each of these images taken by Agbodjelou is a personal exploration of the Beninese identity. His triptychs use architecture in order to evoke the story of a location. The house where the scenes take place belongs to the artist’s family since it was built in 1890. It was constructed by Afro-Brazilian craftsmen, rare repatriates from the millions of slaves who left Benin. Here, and contrary to other works by the photographer, the palette of the ‘Demoiselles de Portonovo’ is dark and terse. The interior, now bare, alternately inhabited by the colonizer and the colonized, is a testament to the past and a withered grandeur.

The presence of the model in the house raises questions. Naked like in a traditional village, wearing a ceremonial voodoo mask, she is both vulnerable and anonymous. She inspires revulsion as well as attraction; an incongruity with which the people of Portonovo play by having to deal with both the present and the past.

Agbodjelou is the founder of the first school of photography in Benin.