277 lots of Important South African and International art are set to go under the hammer at Strauss & Co’s Johannesburg auction on 30 June 2014. 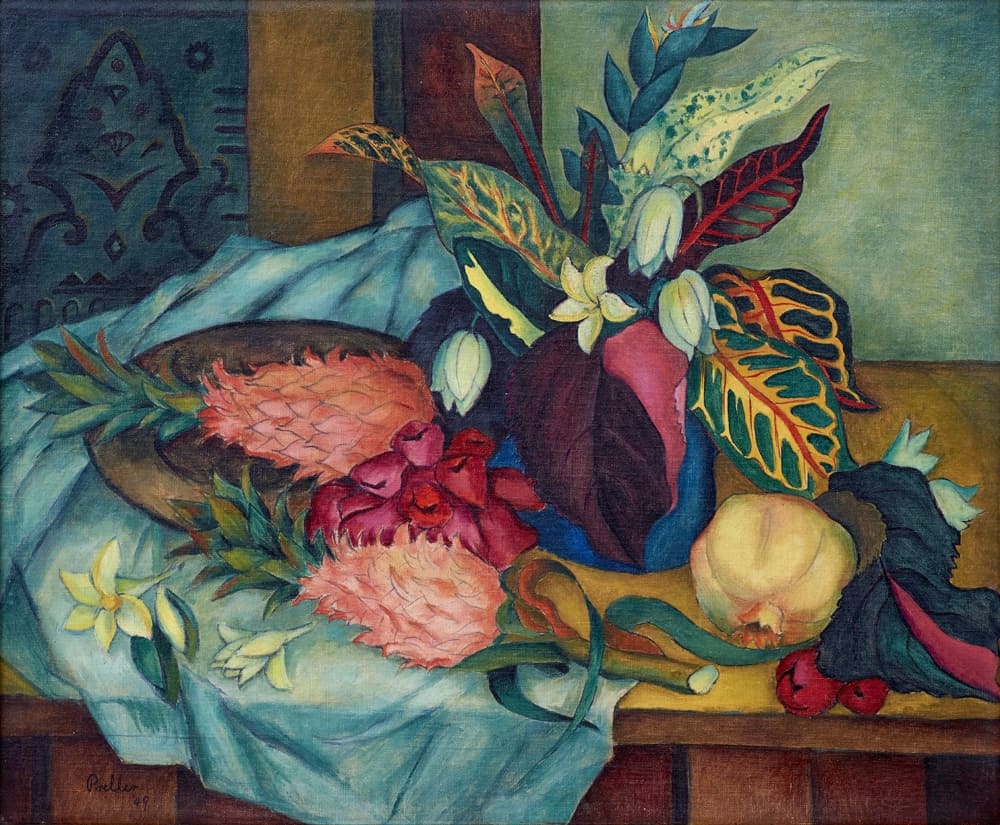 Alexis Preller steals the show with ten works featured, including two unfinished examples. Foremost is Seychellois Still Life (Estimate R2 600 000 – 3 200 000) executed in 1949 during the artist’s sojourn in the Seychelles. This outstanding masterpiecerepresents a jubilant and positive period in his life as conveyed by his use of vibrant colours, with abundant fruit and vegetation forming the focal point of the composition. In a letter to his sister he writes: “It has been wonderful Min, and I am very grateful for it. It has taken me so far from all the storms of the last years, and is exactly what I was seeking to mark the break.” Referred to as “South Africa’s Gauguin” by a critic who had seen his work on a 1937 group exhibition in Johannesburg, Preller sought an art “rooted in the African soil” drawing inspiration from the Ndebele (Mapogga) people, who lived in the Pretoria vicinity where he spent most of his life. Ndebele Village (Estimate R2 000 000 – 3 000 000) embraces his fascination with Ndebele architecture and its archetypal decorative motifs which recall a legendary past, whilst Grand Mapogga (Estimate R500 000 – 800 000) embraces the artist’s “romantic personal interpretation” of the tribe.

A delightful early still life remarkable for its looseness of style and enhanced by details of Japonisme, Still Life with Cow Parsley and Oriental Figures, by Frans Oerder (Estimate R R200 000 – 300 000) is amongst the highlights. Esmé Berman describes Oerder’s work as delighting “in all aspects of the visual experience – the play of light and shade; the many subtle variations of a single colour; the texture of copper and the sheen of sun upon the landscape”.

Possibly one of Gerard Sekoto’s earliest oil paintings, Pensive Young Woman (Estimate R1 000 000 – 1 500 000) portrays an honest depiction of a young woman seated in a dark environment, in a township without lights or electricity. This work offers convincing insights into the oppressive conditions under which black South African artists were producing art at the time and excludes any romanticised depiction of colloquial township life. Purchased in the early 1940s by the current owner, it has remained in the family ever since.

An impressive work by JH Pierneef, Lowveld in Summer (Estimate R900 000 – 1 200 000 has, as its focal point in the foreground, a large Acacia tree which was fundamental in Pierneef’s oeuvre. He was known to spend hours working in isolation deep in the veld where he produced hundreds of sketches of landscape and flora, famously propounding that “…art has to be born of your own surroundings and your own soil”. 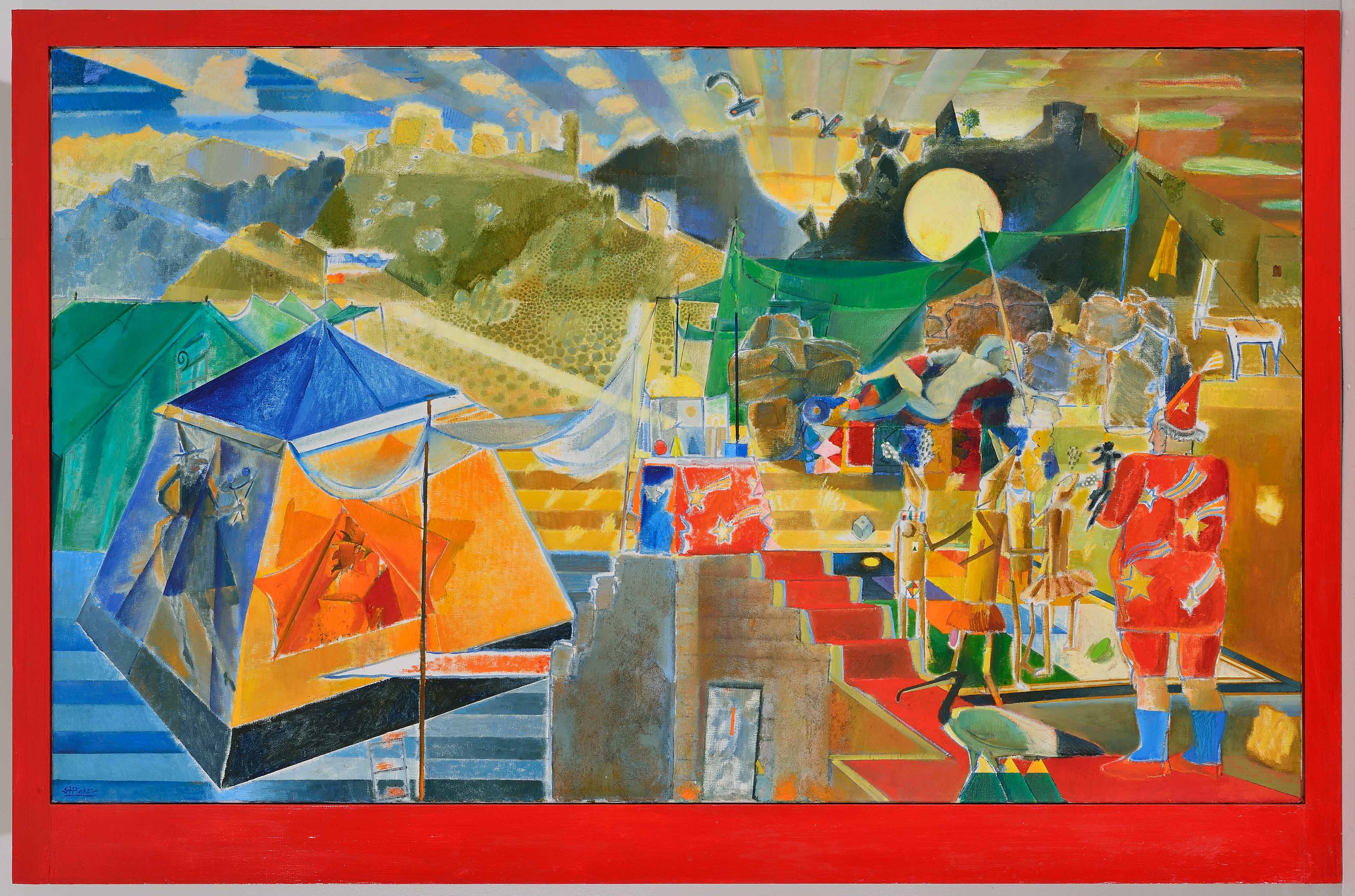 Stanley Pinker’s Camping in the Kouebokkeveld (Estimate R2 000 000 – 3 000 000) is an extraordinary painting that celebrates the ancient and modern artists who have drawn their inspiration from this area. It was painted in the same year and as a companion piece to Meeting at the Mountains of the Moon (housed in the Rupert Museum in Stellenbosch) with which Pinker won the first prize and gold medal at the Cape Town Triennial in 1985. Based on a real event while camping in Namibia with a group of friends, itdocuments an actual expedition to the mountain area of the Western Cape located around Prince Alfred Hamlet, a favourite destination of a group of artists, including Erik Laubscher and his wife Claude Bouscharain. Stephan Welz, MD of Strauss and Co and doyen of South African art, says, “I have been aware of this remarkable, undocumented painting for many years and am delighted to be able to offer it at our Johannesburg auction. It is precisely the kind of work we pride ourselves in sourcing: of the highest calibre, fresh to the market and a key work for the serious art collector”. 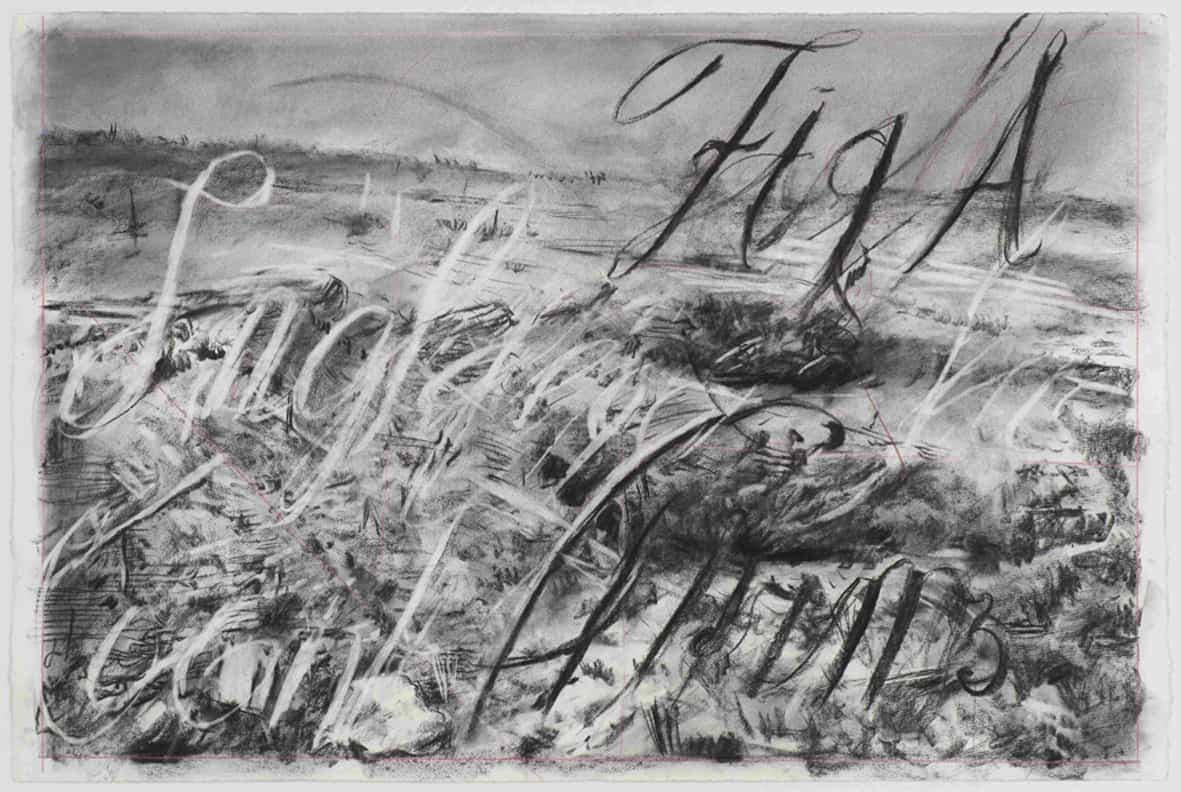 Key contemporary artworks include Robert Hodgins, William Kentridge and Penny Siopis. Hodgins’ love of the arts and his knowledge of diverse cultural forms enabled him to draw on a range of characters and plots to delight both his viewers’ intellect and senses. In Don Giovanni in Hell (Estimate R650 000 – 900 000), which constitutes a reflection on contemporary power, Hodgins seems to question whether punishment is likely. Artist’s Models (estimate R300 000 – 400 000 ) is a striking example of his distinctive ability to capture individual personalities through an abstract and imprecise vernacular. Keen interest is focused on William Kentridge’s Zeno Landscape II (Estimate R750 000 – 1 000 000). William Kentridge is globally acclaimed as one of today’s leading contemporary artists. While he works across an astonishing array of practices including performance, theatre, film, opera, and printmaking, it is his mastery of the medium of charcoal that has inspired a widespread re-evaluation of this ancient medium. Following the record-breaking R1 591 520 achieved for a Penny Siopis at Strauss & Co last year, two brilliant paintings by the artist are featured in this sale. These include an early work, Cake: Tapers (Estimate R200 000 – 300 000), from her highly sought-after ‘cake’ paintings, and an example of her baroque banquet paintings executed in 1987, The Ballroom (Estimate R80 000 – 120 000).