Prepare your visit to ARCOlisboa 2019

Cordoaria Nacional will host a new edition of ARCOlisboa, which will open to collectors and professionals on 15 May and to the general public between 16 and 19 May 2019.

In addition to the careful selection of galleries in the main section of the fair (General Programme), which will continue to investigate Portuguese art and its connections with the international scene, there will once again be an Opening section dedicated to galleries with less than 7 years of experience; projects by artists, and a special area dedicated to the publication of books by artists directed by Arts Libris. 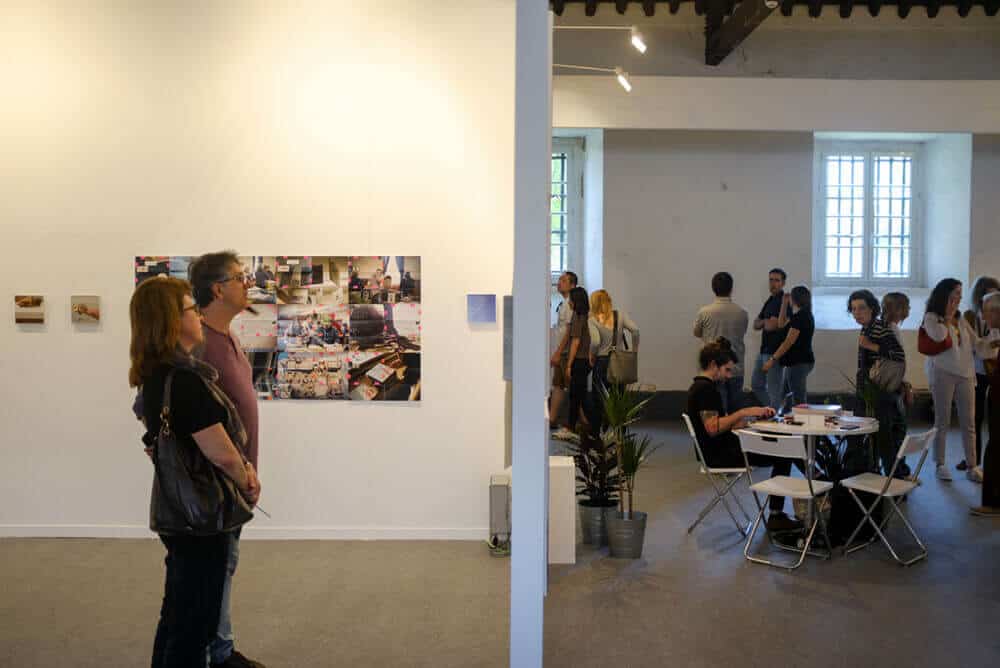 A total of 71 galleries from 17 countries will participate in the 4th edition of ARCOlisboa, which will be featuring the special participation of galleries from the African continent for the first time. Africa in Focus will have a selection of 6 galleries from Angola, Uganda, Mozambique and South Africa interspersed throughout the fair. The Fair is structured around the General Programme, which will consist of 51 galleries from 16 countries, some of which are participating for the first time, such as Vera Munro and Georg Kargl . Others, meanwhile, are returning to the fair, like Krinzinger, Greengrassi, Pietro Sparta and Vermelho. The Opening programme will once again focus on galleries with no more than seven years of history behind them. It will consist of 11 galleries selected by João Laia, such as Lehmann + Silva, from Porto, and Fran Reus, from Palma de Mallorca. The Projects section, to be housed once again in Torreão Poente, will showcase 9 projects by individual artists. They include Daniel García Andújar-Àngels Barcelona-; Gerold Miller, presented by Cassina Projects, and Nicolás Grospierre, by Alarcón Criado.

One more year ARCOlisboa will host a space devoted to art publications. In this occasion it will be directed by Arts Libris, that celebrated its 10th anniversary in its original location in Barcelona. After the collaboration with ARCOmadrid, will present in Lisbon 40 editors in the space of Torreão Nascente, with free access directly from the entrance of the Torreão. 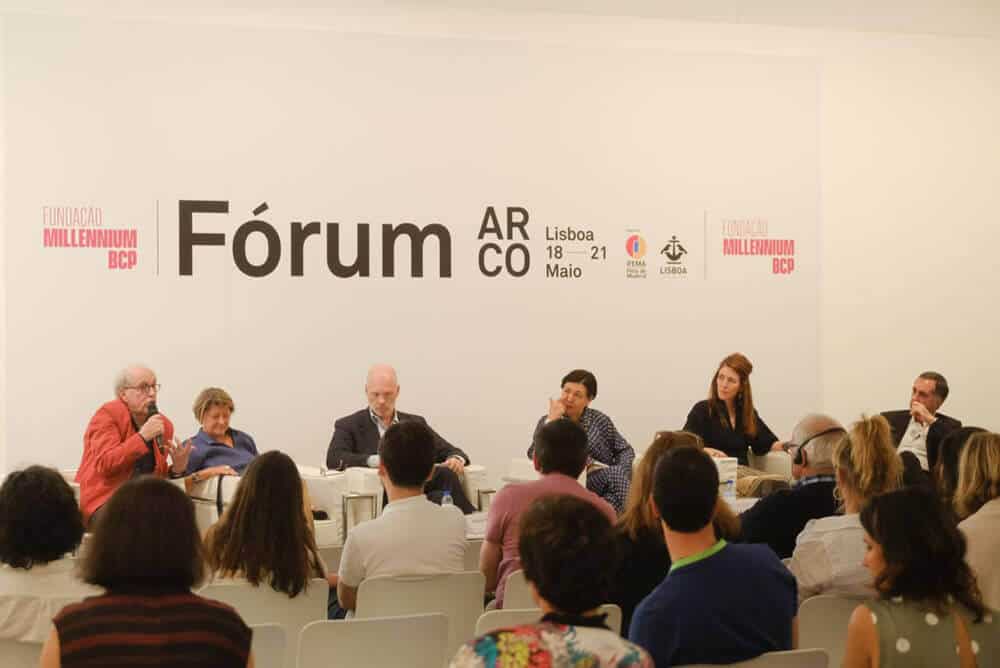 Millennium Art Talks and collecting in

Talking about art and collecting will be one of the central themes of this edition of ARCOlisboa in a series of presentations in which outstanding professionals will meet. The fair will host the MILLENNIUM ART TALKS, with a collecting forum held in collaboration with Fundação Millennium bcp, which will allow us to better understand the ways in which important collectors carry out their exciting work and why they do it. The sessions will be joined by collectors such as Francesca Thyssen-Bornemisza, José Lima and António Cachola. Likewise, a series of conferences will be held around Africa in Focus under the coordination of Paula Nascimento, focusing on the paper of African institutions, with the participation of figures such as Raphael Chikukwa and Azu Azu Nwagbogu Meanwhile, Filipa Oliveira will be coordinating the Em que estou a trabalhar ? sessions that will bring together professionals like Bruno Leitão, Triologia do Carnaval, Manon de Boer, and Musa Paradisiaca to share their current and future projects. For Arts Libris, a series of lectures and debates on the current state of art publications will also be included, directed by Horacio Fernández .

Closed to the public, the Opening Meeting, directed by João Laia, will bring together professionals such as Pierre Bal-Blanc, Virginija Januškeviit, Agniya Mirgorodskaya, Taaniel Raudsepp, Ane Rodríguez; Beatrix Ruf, and Joanna Zielinska . Also part of the fair will be the Meeting of Museums, directed by Pedro Gadanho and Nicolas Bourriaud, attended by, among others, Quentin Bajac; Rosa Ferré, Sandra Patron, Katarina Pierre, Manuel Segade , Wato Tsereteli, and Philippe Vergne .

Catering spaces at the Fair

La Cordoaria, one of the most notable examples of industrial architecture of the eighteenth century, will have different rest and dining areas available for all visitors to ARCOlisboa. For this edition, the fair’s space will be expanded with the addition of a new Restaurant and VIP Lounge, developed by Design Factory with the support of RAR Immobiliària. Attendees will also be invited to enjoy the terraces of the cafeterias located in both of the building’s patios. With the help of Cervezas Alhambra, ARCOlisboa is expanding to other zones, creating new meeting places. 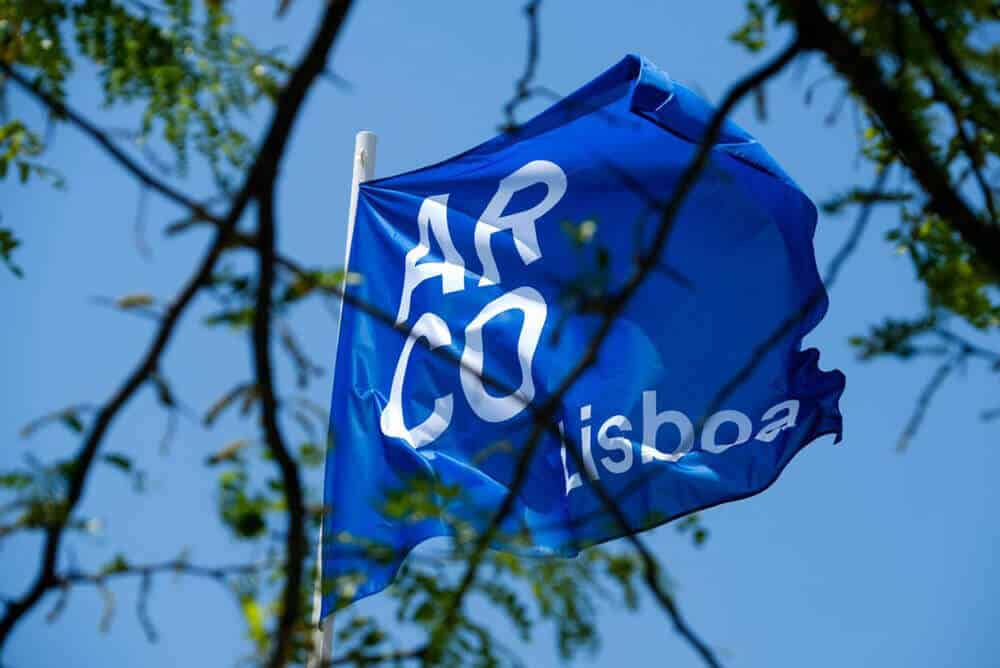 The five days of ARCOlisboa, the city turns into the contemporary art capital with the celebration of the fair and the visit to the best museums, institutions and collections in town that will present a programme of exhibitions focusing on Portuguese artists such a João Louro at Pavilhão Branco; Antonio Bolota at Fundação Carmona e Costa; João Onofre at Culturgest; Ângela Ferreira at Fidelidade Arte; Francisco Tropa at Fundação Calouste Gulbenkian, Sara Chang Yang at Galeria da Boavista, and Carlos Bunga and Carla Filipe, at MAAT – Museum of Art, Architecture and Technology- that will also host the Award for New Artists of Fundação EDP that will highlight emerging artists. The presence of Portuguese collections will also be a focus of interest with the exhibition of António Cachola at Torreão Nascente of Cordoaria Nacional.

International artists will also have a strong presence with exhibition of Per Barclay at Carpintarias de São Lázaro; Xavier Veilhan and Jesper Just, at MAAT; Michaël Borremans, Vito Acconci, Louise Lawler or Juan Muñoz, at a group show at Museu Coleção Berardo, and a selection of African artist at the exhibition Diversidade Comum, hosted at NOT – A – MUSEUM.