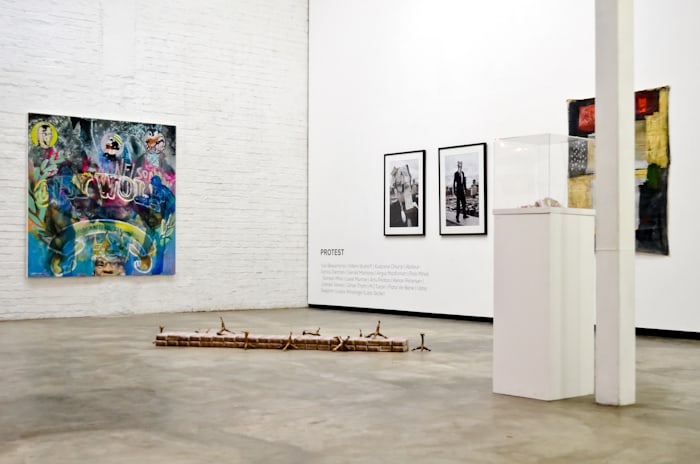 “I am not an Afrikaner or white or Christian or atheist but I am a human being” says Willem Boshoff opening his talk last night as part of ‘Protest,’ a group exhibition at Hazard Gallery, Arts On Main, Johannesburg. Boshoff is a South African artist known predominantly for his conceptual installation works and is one of the country’s foremost living contemporary artists, regularly exhibiting nationally and internationally. ‘Protest’ features over 19 artists from the continent – some established, well-known names and other relatively unknown. The intention is to explore the act of protesting, offering artists’ individual and collective voices in examining their stand against violence and injustices.

Boshoff’s featured work in this exhibition is the controversial piece Racist In South Africa, (2011) currently showing at the South African Pavilion at the 56th Venice Biennial. Made from an iodised aluminium plate with the engraved text in a shape of a calabash, the work is thought-provoking and somewhat aggressive in its message. Each carefully selected word allows for a deep reflection on the current state of our society, of a social illness and lack of accountability. The work evokes a sense of the artist’s fury, bearing the anger and disappointment in the same way that the newspaper headline boards bound to lampposts do. The work itself (as well as the mixed reactions to it) sparks a need for social cohesion, and the exploration of what went wrong and how to remedy it.

The talk focused not only on Boshoff’s featured work but also on the timeline of his career as an artist, illustrated by way of a visual presentation. The artist communicated his ideas and beliefs and his philosophical approach to life, saying “Everyone should aspire to learn about something in order to understand what is going on around his or her world.”

Boshoff is a multi-topical artist who tackles issues from religion to theology, from race to prejudice, from culture to language, from politics to economics, from apartheid to democracy and from science to fiction. Many people may categorise him as a racist, to which he responds, “Of course I am not a racist. The very idea of unfair discrimination against others, for whatever reason, deeply offends and nauseates me.” He emphasised that anyone is capable of making a mistake and that if the government of today is indisposed, it is partly because of the legacy of apartheid government.

Boshoff mentioned the importance of working together in moving the country forward. He also touched on ‘trust issues,’ saying that he doesn’t think that West and Africa will ever sit around the same fire to discuss issues that affect the poor around the world. “It seems unfair that some people who commit crimes against humanity aren’t tried whereas in other cases it is a must to be tried,’ he said speaking about the campaign to have George W Bush tried in International Criminal Court for his crimes.

Any writer or speaker would commit an injustice if they did not reference the invention of dictionaries and the alchemy of words when discussing the work of Willem Boshoff. It was an honour to be among those with whom he shared his artistic autobiographical sketches spanning over three decades. There is no better way to describe Willem Boshoff’s work and life than to quote South African art historian, Sue Williamson’s description of Boshoff as an artist “in ceaseless intellectual and creative motion.” 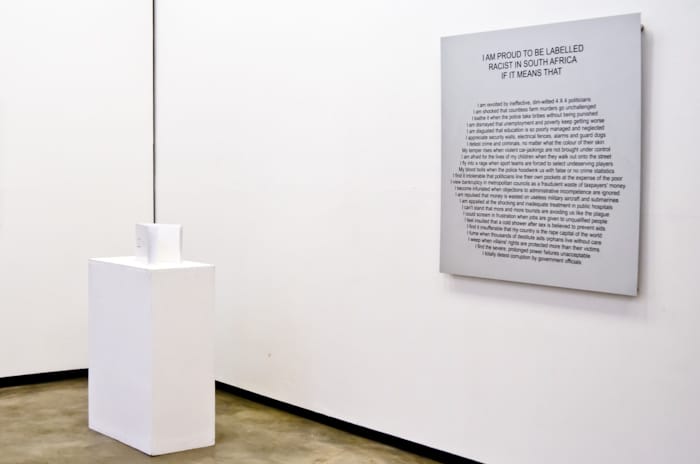 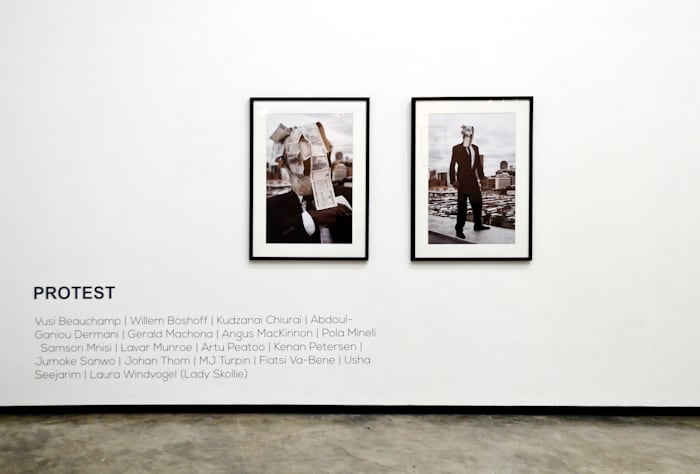 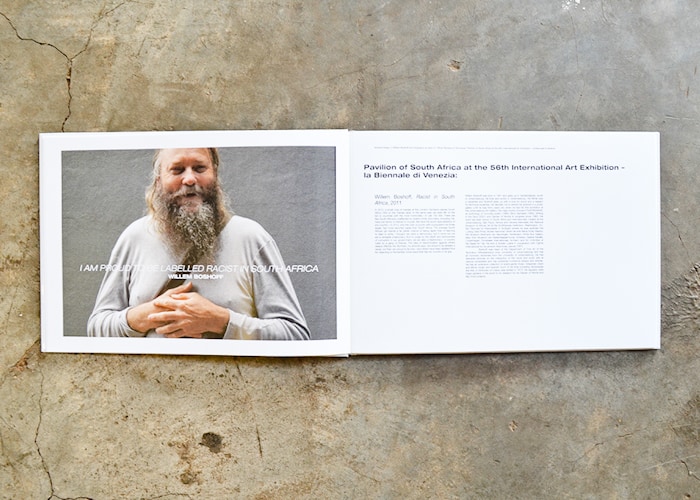 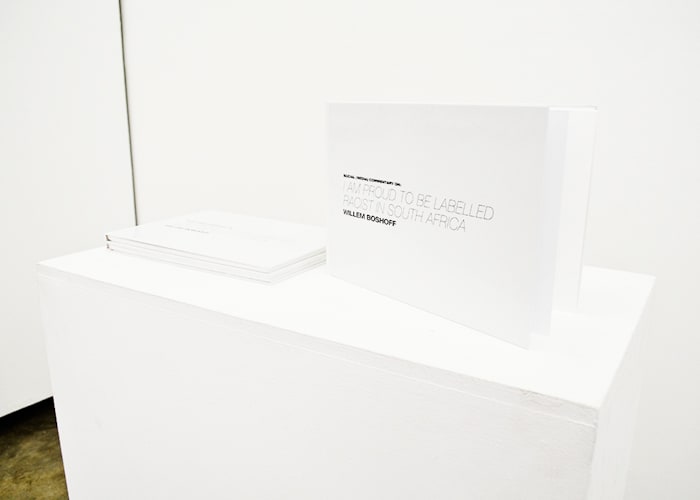 ABOVE: Installation views, ‘Protest’ and images of the book, ‘I am Proud to be Labelled a Racist in South Africa’ by Willem Boshoff. All images courtesy of Hazard Gallery.