Public Art and the Power of Place: Submission Deadline 10 July 2015

in News Articles 2013
Share on facebook
Share on twitter
Share on email
Share on whatsapp
Public Art and the Power of Place is a public-facing art project, initiated by the African Centre for Cities, that aims to explore the significance of place in Cape Town’s townships. It seeks to support six public art engagements to be manifested in Cape Town’s townships in 2015 that explore the significance of place outside of the City Bowl. In the context of this project the form of public art can include permanent or temporary art forms that explore other ways of knowing the city. The type of public art is less important than an emphasis on engaging with people and places. 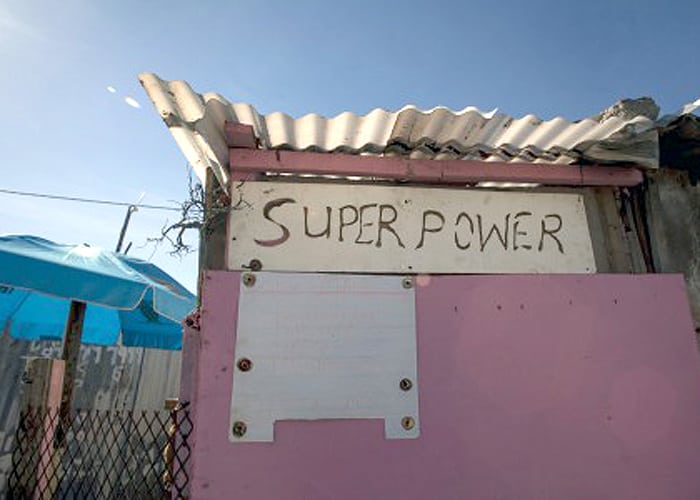 Individual or groups of artists from, or working in Cape Town’s townships in visual arts, performance, graffiti, music, poetry and/or theatre are invited to apply for a R50000 grant to produce one of six public art engagements that explore the significance of place outside of Cape Town’s City Bowl in this new ACC initiative.
With 8 days until the submission deadline, this is a reminder that proposals are due Friday 10 July at 4pm. We are very excited about the response we have received thus far, and are looking forward to seeing the proposals when they come in. Please continue to share this opportunity far and wide.  Concept  In 1974, Dollar Brand (now Abdullah Ibrahim) released the song Mannenberg – Is Where It’s Happening in reaction to forced removals. It became an unofficial anthem for the anti-apartheid struggle, demonstrating how artistic response may reveal the power of place in times of crisis. 21 years into South Africa’s democracy the spatial legacy of apartheid remains. The art sector is part of this landscape, and is still primarily anchored in the affluent City Bowl.
Considering recent controversies around public sculptures on the Sea Point promenade and Signal Hill, and the removal of the memorial of Cecil John Rhodes at the University of Cape Town (UCT), it is timely to re-think the relationship between public art and place in Cape Town. Producers still tend to be well-resourced and networked artists from the academy. In addition, representations of Cape Town tend to fluctuate between tourist-friendly renditions of the City Bowl and Table Mountain on the one hand and gang-ridden and destitute images of the Cape Flats on the other. Neither extreme provides an adequate account of the more nuanced realities of Cape Town.
Public Art and the Power of Place, initiated by the African Centre for Cities at UCT, with support from the National Lottery Distribution Trust Fund seeks to support six public art engagements that explore the significance of place outside of the City Bowl in Cape Town’s townships in 2015. The African Centre for Cities is looking for proposals for public art projects that:
Who can apply? Individual or groups of artists from, or working in, Cape Town’s townships (collaborations between artists and organisations are strongly recommended) // Artists working in any temporary or permanent public art medium or combination thereof (e.g. visual arts, performance, graffiti, music, poetry, theatre, etc)
Call for proposals: Artists will need to submit an application form, short concept document and budget for R50 000, and will be expected to develop, implement and administer the projects, as well as document the process for a catalogue and public presentation of the projects // Proposals can be submitted via email to powerofplace@uct.ac.za or posted or hand delivered to the African Centre for Cities at UCT // Proposals to be submitted by 4pm Friday 10 July.
For more details see http://www.africancentreforcities.net or call (021) 650 2042 or email powerofplace@uct.ac.za.