Puff Daddy proves it’s all about the dough

Sean “Puff Daddy” Combs was revealed last week Friday as the buyer of the contemporary work, Past Times (1997) by artist Kerry James Marshall. The painting was sold at a Sotheby’s contemporary art auction in New York for $21.1 million on 16 May – a record sale for Marshall at four times his previous auction high. This monumental sale has escalated Marshall into being the most expensive living African American artist to date. 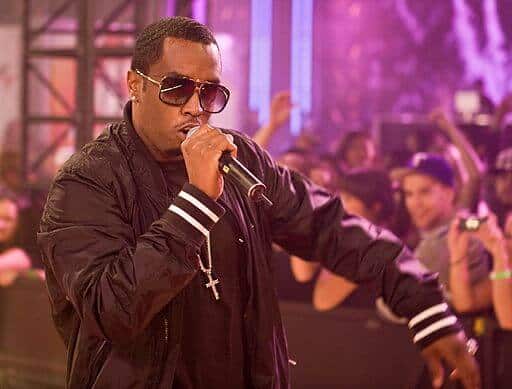 The painting was originally bought by The Metropolitan Pier and Exposition Authority for $25 000 in 1997, the same year Marshall painted it. The work hung in McCormick Place (The Chicago convention centre) until it was consigned to Sotheby’s due to insurance and security measures that were beyond the centre’s capabilities. Combs, a Grammy award winning producer, rapper and entrepreneur was introduced to Marshall’s work by friend and hip-hop producer, Kasseem “Swizz Beatz’’ Dean, an art collector himself. Combs’s collection includes works by Ai Weiwei, Andy Warhol, Keith Haring and Jean-Michel Basquiat.

Past Time, a 3.9-meter-wide acrylic and collage on canvas, was featured at the artist’s 30-year retrospective that most recently showed at the Museum of Contemporary Art, Los Angeles. The painting, from his ‘Garden Project’ (1994) series, reimagines a leisurely Sunday afternoon in the park, casting his unflinching black figures at its centre. Marshall’s powerful depiction of black figures balances discomfort and celebration – an apt reference to the African American racial reality.  Subjects are seen playing golf, croquet, waterskiing and boating while lyrics from The Temptation and Snoop Dogg drift from two boom boxes– a contemporary revisioning of the romanticised pastoral scenes inspired by Italian Renaissance paintings. 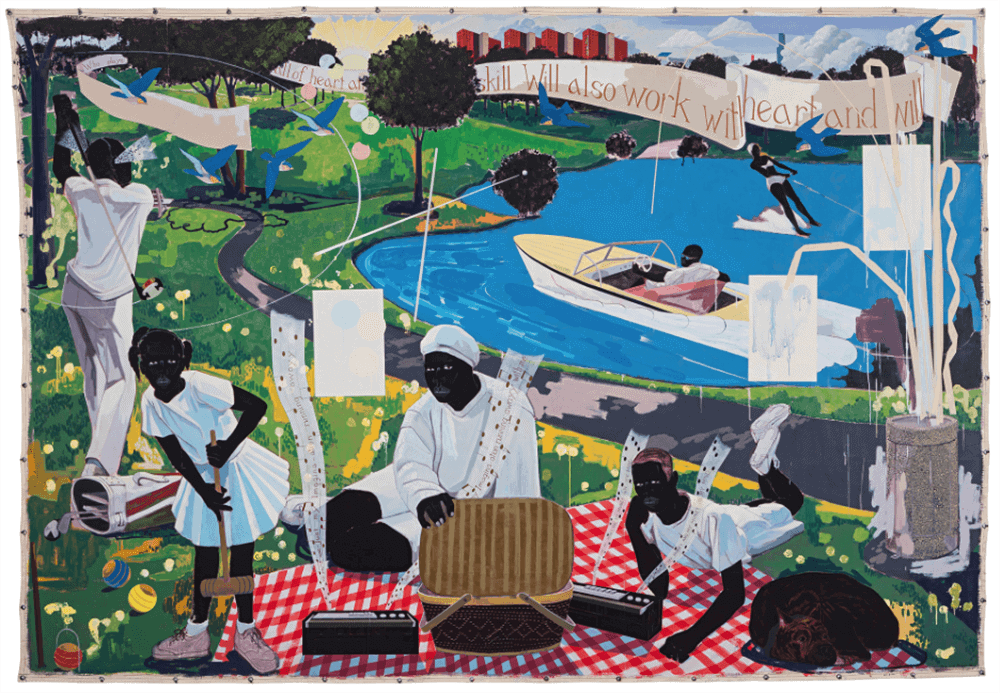 “You don’t have much of a history of black people trying to represent themselves as an ideal, or representing themselves with a kind of ordinary grace,” says Marshall, “where a person isn’t standing in for some sort of political symbol, but is simply elegant because they’re there. And still it’s a beautiful picture and that’s all it is.”

Born in Birmingham, Alabama in 1955, Marshall’s career dream has been to integrate the art historical canon by placing black figures in the space of traditional painting, where historically the figure is very hard to find. He is renowned for his explorations of black culture, working across a range of media, including painting, sculpture and photography. He grapples with the notions of black representation and often counters these stereotypes in his portraits of “black life”. As a young boy Marshall dreamed of one day hanging alongside ‘the Old Masters’ – a dream he has successfully come to realise.