On the 18th of April 2015, Sunday Times photo journalist James Oatway captured the brutality of xenophobic violence in Alexandra Township, with a series of images that hold witness to the murder of Mozambiquan national Emmanuel Sithole. The hate mail that followed the publishing of these images was not directed at the men who took Emmanuel’s life, but at the photographer. A poorly deflected moral outrage that saw the image – the represented reality, and the photographer, as the perpetrators.

In February 2016, students protesting at UCT burnt artworks hanging on Campus. UCT responded by removing 75 works. Security reasons were cited for the removal of works, yet other works were not physically removed but shrouded in fabric, censoring them in plain sight while not protecting them from harm. David Goldblatt’s photograph, depicting the covered Willie Bester sculpture of Saartjie Baartman says it all. These works had apparently caused offence to certain students. UCT’s adamant claims that this was an act of curation, not an act of censorship, rung as empty as the dams in the Western Cape.

In November 2016, at the formal request of three artists who claimed moral offense at their works being included in the ‘Our Lady’ exhibition alongside a work by Zwelethu Mthethwa – who was at the time standing trial for the murder of Nokuphila Kumalo – a staff member at the IZIKO South African National Gallery removed these artist’s works, and in effect censored the exhibition. The very definition of censorship is the suppression of an idea because some might find it offensive.

At the same institution in January 2017, an artwork by Dean Hutton titled Fuck White People was vandalised by the Cape Party. “It’s time to put an end to racism in this country,” Cape Party leader Jack Miller was quoted as saying. Well Jack, I can only assume when you woke up the following day you were shocked to find racism still meandering through the minds of many South Africans.

These examples stand as evidence of what is best described as Radical Moralism. Radical Moralism, as understood in the case of visual images, is the view that a work of art or a visual representation that conveys morally objectionable actions or content is itself, morally objectionable. This view assumes that an event’s moral qualities transfer to its representation.

Radical Moralism denies an artwork or visual representation its unique physical and psychological autonomy. It denies that the image has an agency separate from what it represents, or the person who made the representation.

An artwork’s psychology may be a function of their maker’s psychology but are irreducible to it and have an independent nature. Like a child may contain, display or behave in ways that reflect their parents psychology, children remain individual agents: they are not their parents. An artwork may not be an agent in the same sense in which a person is one. It cannot change it’s physical appearance at will or whim. An artwork is an agent in that it acts upon a person, in the restricted sense that it compels something from a viewer who is open to being compelled. What the viewer receives from the artwork is determined by the viewer’s positionality, their personal frame of reference. 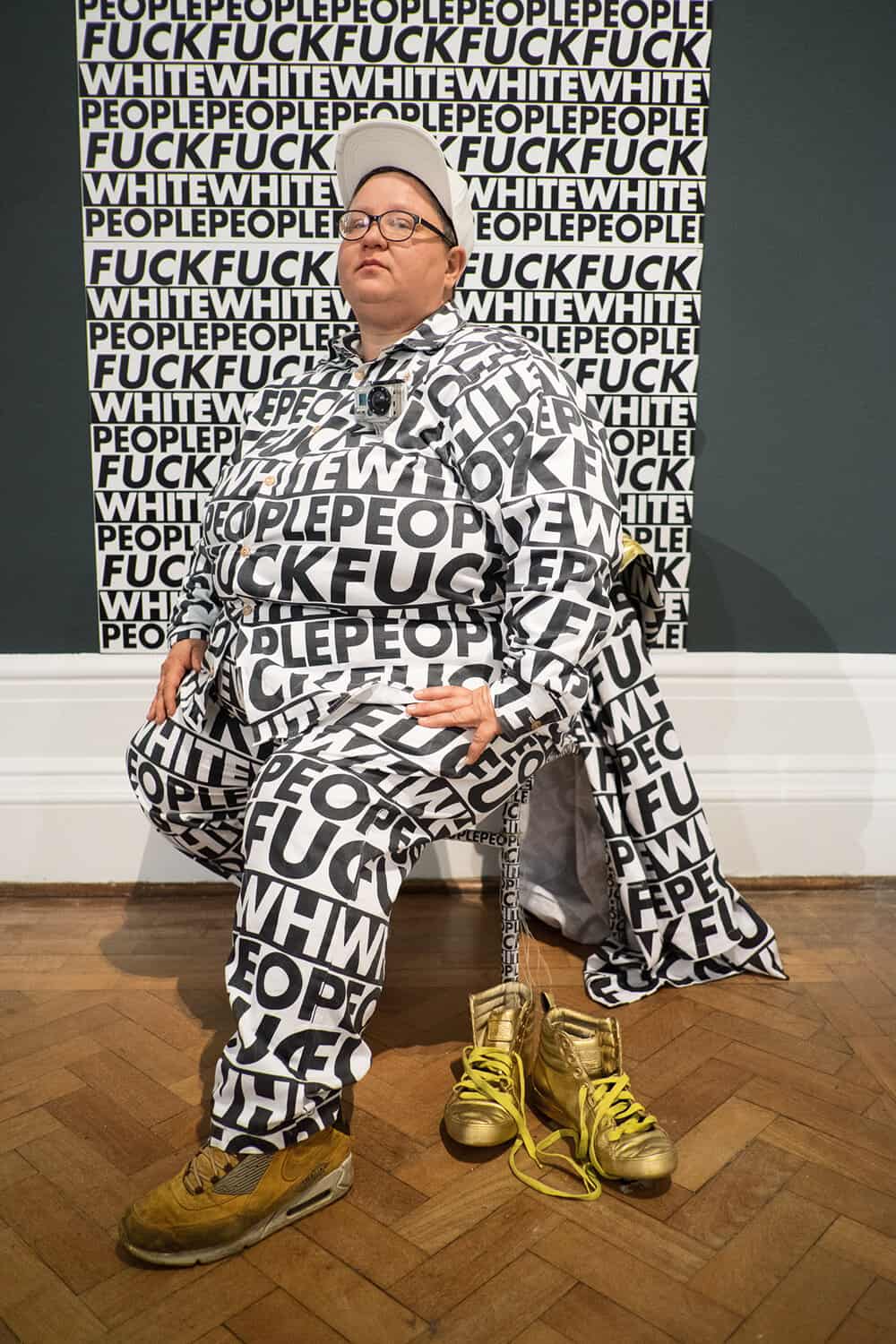 Artworks change over time by not changing at all. Radical moralism finds this threatening. Acknowledging that artworks change by not changing means they have to acknowledge an artwork’s distinct agency separate from its maker’s, reliant on the beholder and the changing social context the beholder is part of. Hence Radical Moralism calls for the immediate banishment of the offending material – the censorship, vandalism and the destruction of artworks. Radical Moralism holds the perspective that if the viewer has an emotionally or intellectually uncomfortable experience, or a morally challenging experience, when viewing an artwork, then the artwork must have a moral problem. It must cease to be, or at the very least, cease to be in the public realm.

Radical Moralism makes the assumption that if every person is not the same – they should be. It actions the act of censorship in whatever way it can make its will felt – destroying the context the work is in, destroying the exhibition, the museum, the library; physically destroying the artwork itself or brutalising the producer. This is done primarily to assert the physical dominance of a counter-marker, which they believe is the correct moral path, political ideology, so on and so forth.

…a click-bait driven instinct to trigger what individual’s believe is the higher moral ground.

It is significant to acknowledge that art requires the viewer to defer from acting in direct physical response to what they see before them. When looking at a photograph of a bomb exploding you don’t hit the ground and cover your head. This is based on our phenomenological understanding of represented worlds – be they artworks, photographs or news channels for that matter.

People often use the words moral and ethical interchangeably; they are not however, one and the same – just like what is legal and what is ethical are not always one and the same. Morality is concerned with what’s right, good, acceptable behaviour to a specific sector of society, culture, religion or philosophy. The relationship between ethics and morals can be understood simply if you understand that all questions of best practise are ethical questions, but not all questions of best practise are moral questions. Morals are a sub-category of ethics.

Morals are not by nature bad or good; in other words, I am not advocating anti-moralist moralism, just noting that they are of specific value to the individual only. Regardless, they can be less than ethical when used as a weapon. If a group believes that a particular activity is wrong, they can use morality as the justification for attacking those who practise the activity. Seeing the other as immoral translates to seeing them as less human or deserving of respect than themselves. Often with tragic consequences that others may view as immoral.

Putting it another way, ethics are there to speak to the other, while morals speak to the self. When one lives in a community, society, country that is not homogenous, ethics, not morals, are guiding principles of best societal practise. For example, there are ethics that are specific to certain roles or responsibilities – medical ethics guide the behaviour of medical professionals and museum ethics guide the behaviour of museum professionals. Media ethics for media professionals. Legal ethics for legal professionals. The founding principles of all these professional ethics are points of care. Medicine the ailment, museum the artwork, media the fact, legal the law. Professional ethics then extend out from these founding points of care to include the ethics of context and the ethics of application.

The purpose of this approach is based on the knowledge that all people have different moral positions, so systems need to be in place to protect the receiver – the other – from any moral bias in the professional’s application. Conforming to professional ethics does not mean that the doctor, curator or journalist is a good person, it just means that they are ethical in the application.

A medical professional may believe the patient to be immoral or of a lesser moral standing for whatever reason, but medical ethics confirm that their moral position has no effect on a patient’s right to be treated by them to ethical standards. Museum ethics are based on the agency of artworks. A museum professional has no ethical right to transfer their personal moral position towards an artist to the ethical treatment of the artwork, and ethical application and exhibition context follow from there.

Radical Moralism ignores context. This maybe be evidence of poorly developed visual literacy but more regularly it indicates that the individual has become so overwhelmed by the threat to their cognitive dissonance, and by the immediate nature of moral outrage – a common symptom – as to render them temporarily deaf and blind, but not mute. 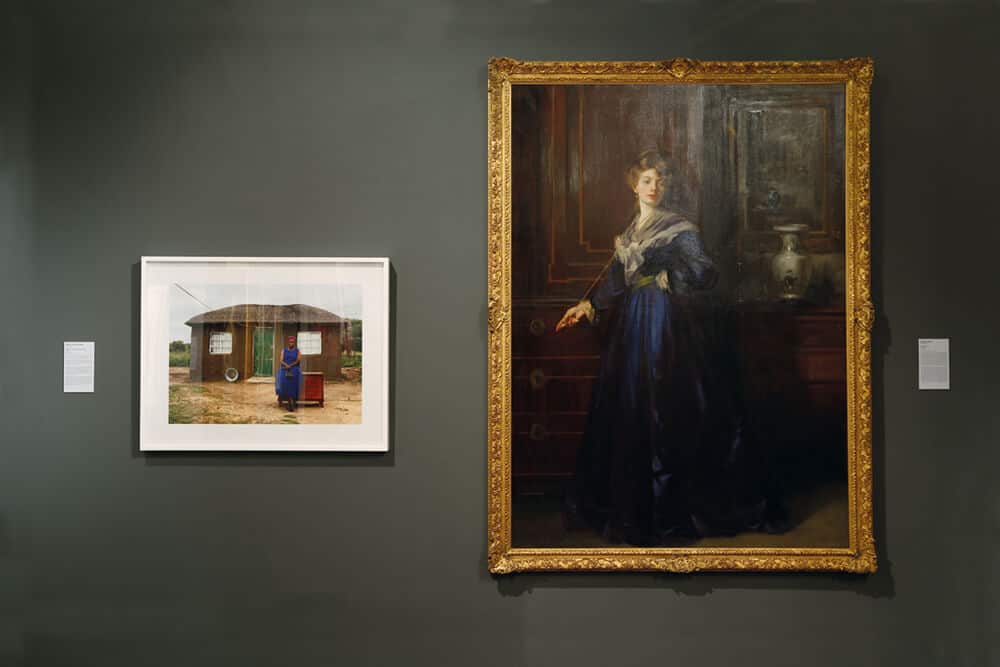 Radical Moralism itself is constitutionally protected under Freedom of Expression. A friend calls it ‘freedom to preach’; this does not make it any less intellectually lazy or self-sabotaging.

There is no vaccination for Radical Moralism. When there is societal change, confusion or challenge, when people are frustrated, angry, frightened, feel under threat or are just gat vol, Radical Moralism is a point of refuge. In our current day and age it’s a click–bait driven instinct to trigger what individuals believe is the higher moral ground. At times, it’s the politically correct lilo people cling to so that they may avoid taking ethical accountability for the fallibility of their position. In an avoidance tactic they will drown Freedom of Expression; anything to stop the high-water line from touching their toes.

Since the beginning of time, Radical Moralism has incited conflict and violence. Recently in South Africa we have witnessed its power over our academic and public art institutions. Yet in the current overwhelming cacophony of noise, injustice and desperation, too many choose not to see the wood for the trees. Freedom of Expression – the foundation of our democracy, is left to splutter for air while individuals and institutions stoke Radical Moralism, one self-sabotaging click at a time.

Kirsty Cockerill is a curator and the current Director of the New Church Museum.