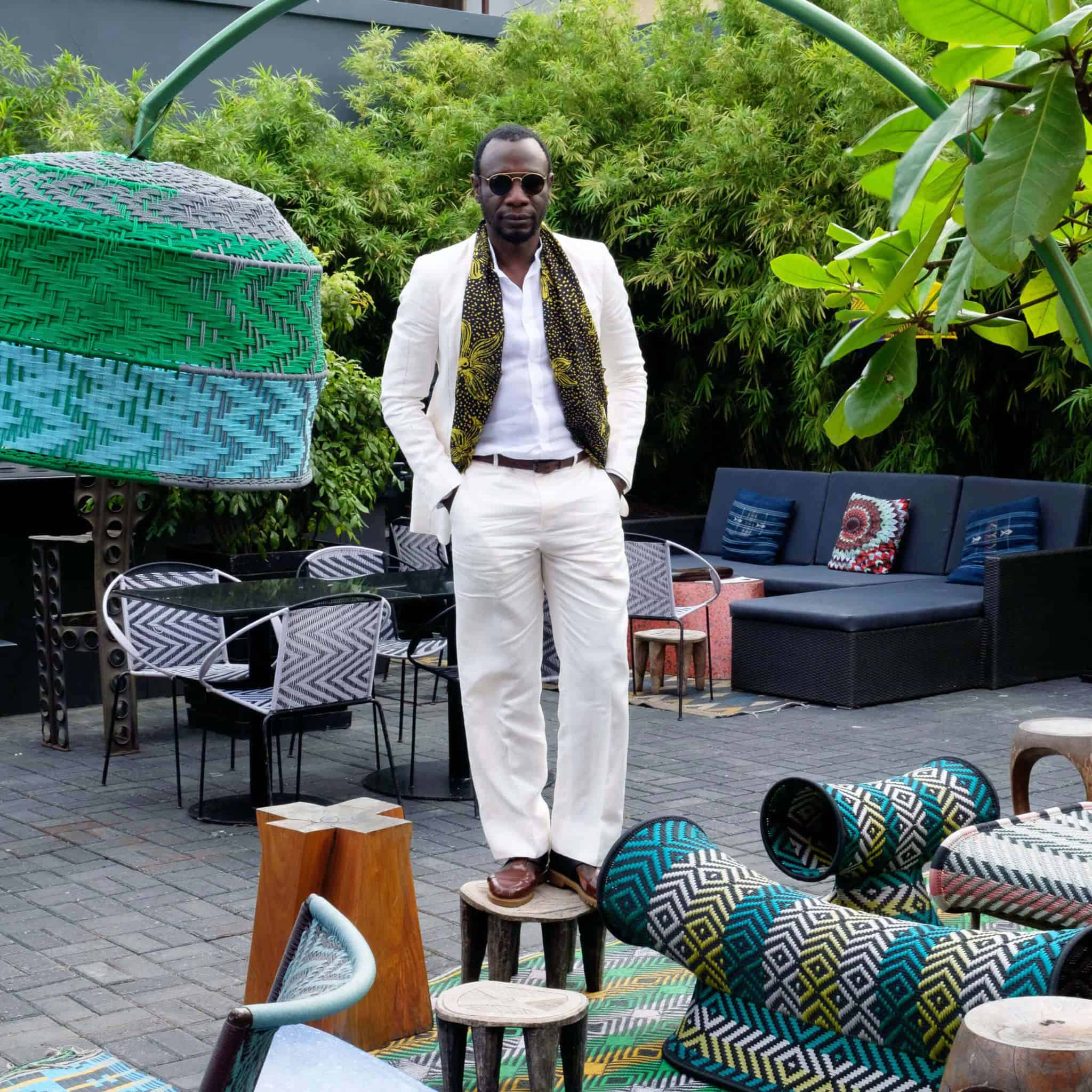 There can be little doubt that the times we are living through at this moment are both necessary and self-inflicted. It calls for repentance. The etymology of the word repentance is complex but the Greek translates as μετάνοια (metanoia). Metanoia is a cerebral and visceral return to the right path and nothing combines both sides of the brain: the intuitive, perceptive; the observational and thoughtful quite like art. In this regard, we need to build cultural bridges, collaborative practices, air corridors with organisations and individuals with similar values and aims as we have. ART AFRICA has been at the forefront of selfless and consistent service in presenting critical discourse with a focus on the art of Africa and its diaspora for decades. It is a faithful and committed duty. For this reason, I am happy to be a guest editor and Editor at Large for this seminal publication. I am also grateful to Suzette and Brendon Bell-Roberts, the founders, for inviting me on to build the new online direction of the magazine with them.

African Artists’ Foundation Lagos has turned its gaze to the burning political, civic and aesthetic ramifications of restitution. It has rerouted the optic and the debates from Paris, London, Amsterdam and Berlin back to the African continent, where AAF is based. Firmly relocating the discussions on the return of cultural heritage, it steps aside from the opinions of experts and museum directors and turns its attention to those citizens, friends and families for their response to the museum of the future. Here restitution and photography are made for one another. While soul and identity lean on memory and longing, photography flickers in the imagination helping to restitute lost heritage.

At the start of this year, Azu Nwagbogu, Director of AAF and LagosPhoto Festival, invited curator and cultural historian, Dr Clémentine Deliss to do research on restitution. Her lecture, hosted by the Goethe-Institut and Alliance Française, entitled “Rapid Response Restitution” further motivated AAF’s long-term interest in the issue of restitution. With the official support and collaboration of the NCMM, they travelled to museums in Ibadan, Ile-Ife, Abeokuta, Benin City, and Owo, and visited the National Museum in Lagos. Working with a team from AAF including photographer Ugo Emeberiodo and production manager Olayinka. Sangotoye, Nwagbogu and Deliss decided to create the “Home Museum” for LagosPhoto 2020 and invited two guest curators to join them: Dr Oluwatoyin Sogbesan from Nigeria, and curator and design specialist Asya Yaghmurian from Armenia, based in Berlin, and who had worked extensively on family archives. Both curators spanned the breadth of Home Museum and extended its remit. An open, democratic call to people to send in photographs of those objects of virtue they hold dear was sent out. Rapid Response Restitution became a decolonial citizens’ history, which uses fast shutter retrieval to ignite memories and begin conversations. One common factor to nearly all images is that they were taken in 2020, during the high point of Covid-19, by individuals living in home exile all over the world. The result is a remarkable collection of visual testimonials of the pandemic that are mediated indirectly through the Home Museum. Infused with humility, love, and generosity, each photograph says: “Come into my home, here is my history. This is my museum.”

Between 21st May-21st August 2020, nearing two hundred and fifty individuals from around the world responded to the open call, which was sent out through social media. Written in Yoruba, Igbo, Hausa, Swahili, Wolof, Pidgin, English, French, Portuguese, Russian and Chinese, it was drafted as a letter to a friend, an invitation to take part in co-creating a new digital museum. “As we go about our busy lives,” it read, “we often forget the small things worth preserving – objects that are important to each person, family and home. Some treasures we use every day, some we keep, some we hold close, some we lose, and some are simply forgotten and not preserved at all. All these things bring back memories and tell stories about our culture and history in ways we don’t always recognise.” The brief was straightforward: to take part, all you needed to do was to use your camera or your phone to capture your own home collection and email a maximum of twelve photographs to LagosPhoto. Accompanying these images should be a short text describing their selection and contents. The collection grew as entries were sent in daily from a geographic span that no one could have predicted and extended beyond the African continent to many countries including Saudi Arabia, the Philippines and China.

Meanwhile, the scaffolding of this online venue was set up. The artists’ research cooperative Birds of Knowledge was invited to design the Home Museum. With origins in Nigeria, Tunisia, Cameroon, China, New Zealand, Turkey, Finland, Sweden, and Germany, a self-elected group of young artists and designers studying at the Hamburg Academy of Fine Arts (HFBK) reflects the cultural and geographic diversity of the co-creators of Home Museum. Home Museum is the trigger to new ideas around museums and what they could become in the 21st century. 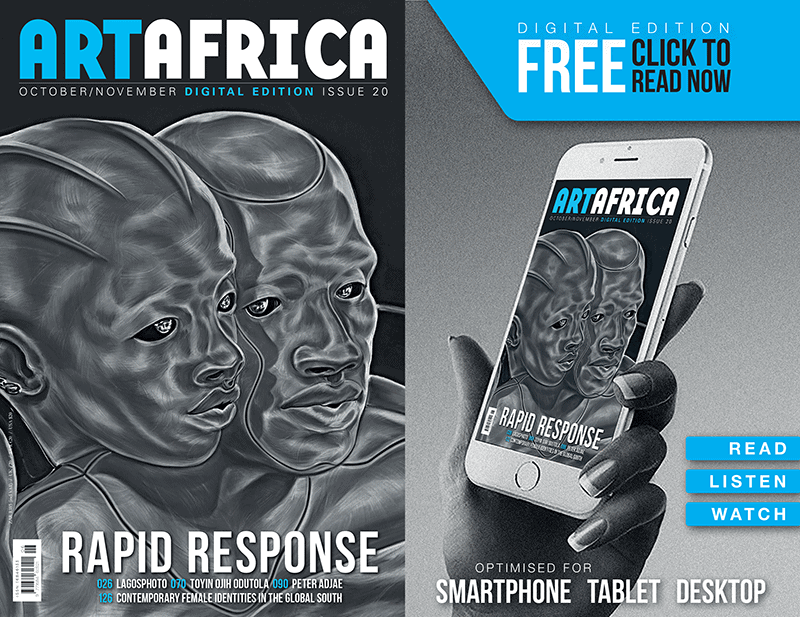 Azu Nwagbogu is the Founder and Director of LagosPhoto Festival, and the African Artists’ Foundation (AAF), a non- profit organisation based in Lagos, Nigeria. Nwagbogu was the interim Director/Chief Curator of the Zeitz Museum of Contemporary Art in South Africa from April 2018 to August 2019. He created Art Base Africa, a virtual space to discover and learn about contemporary art from Africa and diaspora. Nwagbogu is on the jury of major art awards and committees such as the Dutch Doc, POPCAP Photography Awards, the World Press Photo, Prisma Photography Award (2015), Greenpeace Photo Award (2016), New York Times Portfolio Review (2017-18), W. Eugene Smith Award (2018), Photo Espana (2018), Lensculture and Magnum. Nwagbogu also works as an independent curator and culture critic.

Dr Clémentine Deliss is Associate Curator, KW Institute for Contemporary Art, Berlin, Professor for Theory and History and the Hamburg Academy of Fine Art, and together with Azu Nwagbogu developed the concept of Home Museum.  She studied contemporary art and semantic anthropology in Vienna, Paris, and London and holds a PhD from SOAS, University of London. Deliss’ first collaboration with artists on the African continent took place in 1989 when she worked with artist Sheka Sesay and the urban collective “Firestone” in Freetown, Sierra Leone. In 1992, she was appointed Artistic Director of “Africa95”, a festival of contemporary art from Africa initiated by the Royal Academy of Arts in London under the patronage of Nelson Mandela, Léopold Sédar Senghor, and HRH Queen Elizabeth II. Under the overarching theme of artist-led collaborations, Africa95 began with workshops in Senegal and Zimbabwe. It mobilised over 60 UK institutions that premiered new works, such as Wole Soyinka’s “Nuptials of an Area Boy”, and spotlighted collaborations between artists from different African countries at major venues in the UK. In 1995, Deliss curated “Seven Stories about Modern Art in Africa” together with Chika Okeke, Salah Hassan, El Hadji Sy, David Koloane, and Wanjiku Nyachae. This was the first major exhibition on African modernism in the UK and included paintings and sculptures by Nigerian artists including Ben Enwonwu, Erharbor Emokpae, Bruce Onobrakpeya, Uche Okeke, Obiora Udechukwu, Olu Oguibe, and Ndidi Dike. In 1996, Deliss launched the international artists’ and writers’ magazine “Metronome”, printing the first issue in Dakar. She has been a member of the Laboratoire Agit’Art in Dakar since 1995 and was responsible for taking over a former Chinese workers’ village in 1996 together with artist El Hadji Sy, transforming it into the Village des Arts, which still exists today. Between 2000-2009, she ran the international art research collective “Future Academy” with student cells in Senegal, India, Japan, Australia, Europe and the US. Between 2010–2015, she was Director of the Weltkulturen Museum in Frankfurt am Main, instituting a new research lab to remediate collections within a post-ethnological context. In 2015, she was appointed Fellow of the Institute of Advanced Study in Berlin and was one of the co-curators alongside Azu Nwagbogu of the exhibition “Hello World” at the National Galerie Hamburger Bahnhof in Berlin. In 2018 she was Visiting Professor of Art at the ENSAPC Paris-Cergy and held an International Chair at the Laboratoire d’Excellence des Arts et Médiations Humaines, Université Paris 8 and Centre Georges Pompidou. In 2018-19, she was Interim Professor of Curatorial Theory and Dramaturgical Practice at the Karlsruhe University of Art and Design. She is a member of the Scientific Council of the Musée du quai Branly in Paris; Faculty at Large for Curatorial Practice at SVA New York; and Mentor for the 2020 Berlin Program for Artists.