Invited by Art Basel for Non-Profit Visual Arts Organisations, the lettera27 Foundation launched its first Kickstarter crowdfunding campaign on April 27th in order to host the sixth chapter of AtWork, this time in Addis Ababa. Conceived by the Italian non-profit foundation lettera27 and Simon Njami, AtWork is an itinerant educational artistic format that contributes to building a new generation of thinkers, using the creative process to stimulate critical thinking and debate amongst its participants. 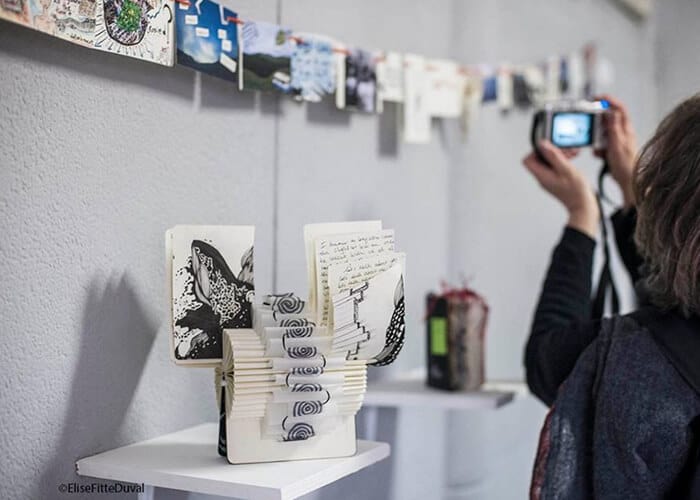 To date, there have been five AtWork Chapters. The first was held in Dakar in 2012, and formed part of the Afropixel #3 festival, one of the Dak’Art Off events. The workshop took place following the presidential elections in Senegal, which led to widespread riots. As a result, participants were invited to design notebooks, reflecting on the concepts of the creative process, democracy, freedom of expression, social justice, human rights and free licenses.

“The main theme for AtWork [‘Democracy and common goods’] was established in a natural way,” explained the Senegalese artist Kan-Si, who led the inaugural workshop. “We had just come out of the election struggles, which had made us question the notions of Constitution, common good, democracy, freedom, social justice, human rights. The debate around these issues, which had tragically touched and concerned everybody, had aroused a great number of crucial questions. […] It was therefore obvious to me that organising a workshop addressed to the young people of my country was a way to continue this debate, this time in a transcendent, calm, serene and reflective way.” 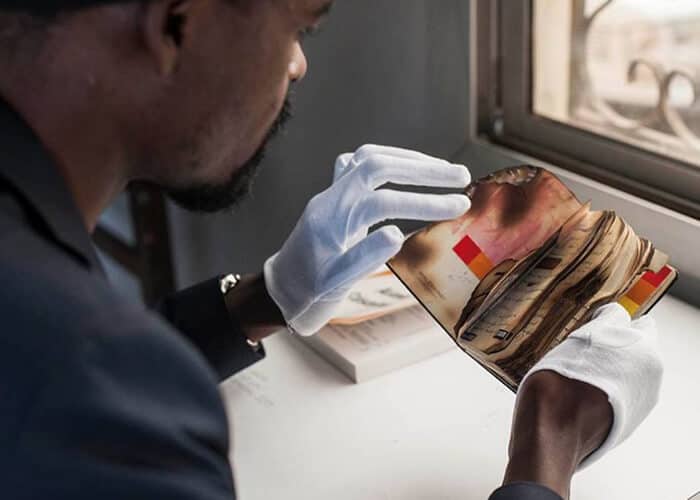 Daudi Karungi of AfriArt Gallery (Uganda) looks through a Moleskine notebook during the recent AtWork installation at the Dak’Art Biennale 2016.

Following its launch in Dakar, AtWork has since travelled to Abidjan (2013/14), Kampala (2015), Cairo (2015) and Modena (2016). Organised in partnership with the Dakar-based organisation Kër Thiossane (the founders of the Afropixel Festival) and curated by Makerere Art Gallery‘s Katrin Peters Klaphake, May 5th 2016 saw the launch of an AtWork exhibition at a public library in Dakar as part of the Dak’Art Biennale’s official programme, where they exhibited the notebooks produced during previous AtWork workshops. Not only was the event well-attended, it also gave back meaning to the public library by revamping it and repainting it for the exhibition, making it come to life for the local community.

The significance of these workshops to the various communities in which they are organised is largely due to contextual sensitivity. In an interview with Simon Njami — conducted by Elena Korzhenevich and published in the March Issue of ART AFRICA — he expands on the contextual significance of AtWork in relation to the Cairo Chapter, ‘Something Else,’ which took place as part of the Off Biennale Cairo. “There is always something specific when we do AtWork,” said Njami. “It’s the context. [In Cairo] kids are always talking about the revolution and there is a certain political situation in this country, which affects the way people move, the way people feel, the way people think and it affects the way I address the kids here, because I know what they are going through. I have an understanding of their contextual prison. So every AtWork is different according to its context and our job is to find the right manner to address the kids.” 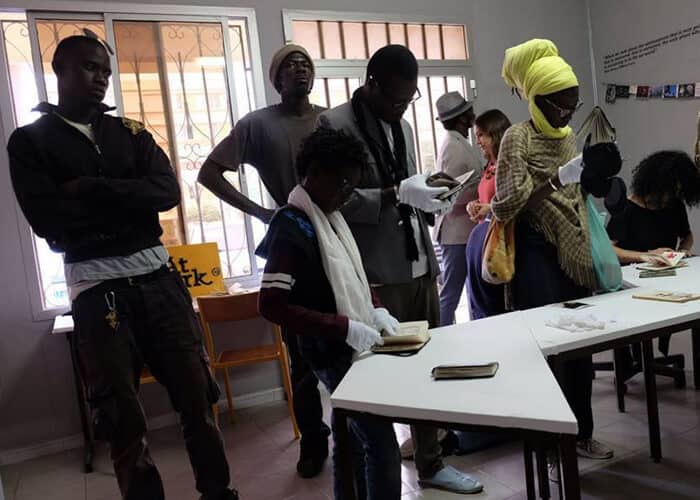 Members of the public engage the work of artists produced as part of the AtWork workshops, exhibited during Afropixel #5 at the Dak’Art Beinnale 2016.

To date, these workshops have reached more than 200 students and have built a community of more than 400 creative talents, artists and cultural influencers. Despite the relatively short period of time available to each individual workshop, it is evident that the relationships and discussions formed from these events have extended far beyond the workshop itself. That is because these workshops aim to provide participants with a set of tools from which to build their own. In so doing, each person is equipped with a tool that is practical and contextually relevant.

“When we started AtWork it was based on reflecting on the education system,” explains Njami. “The educational system is made out of homework and evaluations. You have to perform a certain job to get a certain paper. What AtWork brings is precisely the fact that there is no model: [the participants] have nothing to learn, they have to feel and then they have to decide for themselves, we are not giving them any papers or certificates. AtWork allows them to reflect on themselves and to try different manners that might help them in academic courses, because they will learn how to play with different tools. In a traditional academic system you are given tools that would help you to pass the different exams. AtWork is providing them the toolbox, but then we just put a couple of tools in that box and then make sure they understand that this box will be operative only if they themselves carve their own tools and if they continue the job.” 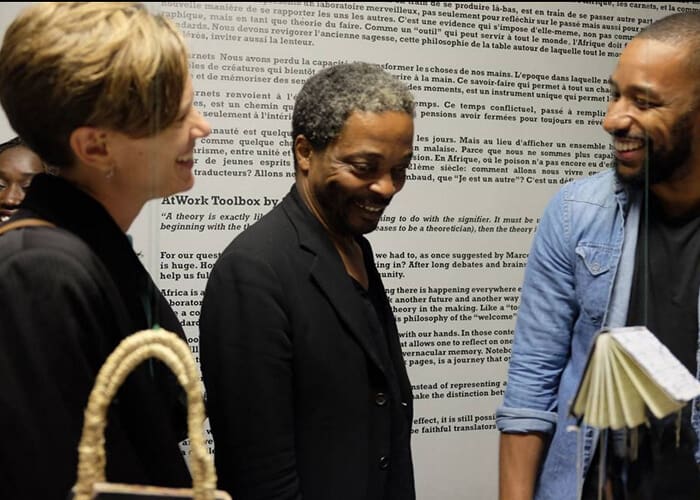 The proposed Kickstarter campaign consists of a five day workshop for young Ethiopian photographers in partnership with the internationally acclaimed Ethiopian artist Aïda Muluneh and her organisation DESTA (Developing and Educating Society Through Art.) Photographers from various backgrounds will be provided with the tools to think critically about the reality that surrounds them and contribute towards their artistic practice. At the end of the entire creative process each participant will realise a work of art on the pages of a Moleskine notebook. All the created notebooks will be shown during Addis Foto Fest in an exhibition co-curated by the participants in December 2016. In order for this to happen however, they need our help.

You can support the campaign for AtWork Addis Ababa on the Kickstarter platform, found here. Among the numerous rewards of the campaign are some unique pieces of art, generously donated by the artists of the AtWork artist notebook collection: Maurice Pefura, Luca Vitone, Giorgio Vigna and Enzo Umbaca.