This body of work was largely informed by a landscape workshop that took place in Karatara, a town in the Knysna Municipality, earlier this year. After three days of intensive studies in the woods and observing traditional land and sky-scapes during which I experienced extreme weather conditions, I knew that I did not want to represent my environment in any realistic, picturesque way. I was so affected by the harshness of working en plein air and the concurrent dualities of nature: The apparent lazy serenity of blissful farm life, blue skies, the distant rumble of the local woodchoppers, snorting of horses, undulating valleys versus the harsh sun beating down on one side of one’s face, unexpected gusts of wind sending materials flying, the swarms of relentless mosquitoes in the forest, stinging rain, the difficulty in lugging one’s own equipment through unwelcoming terrain. 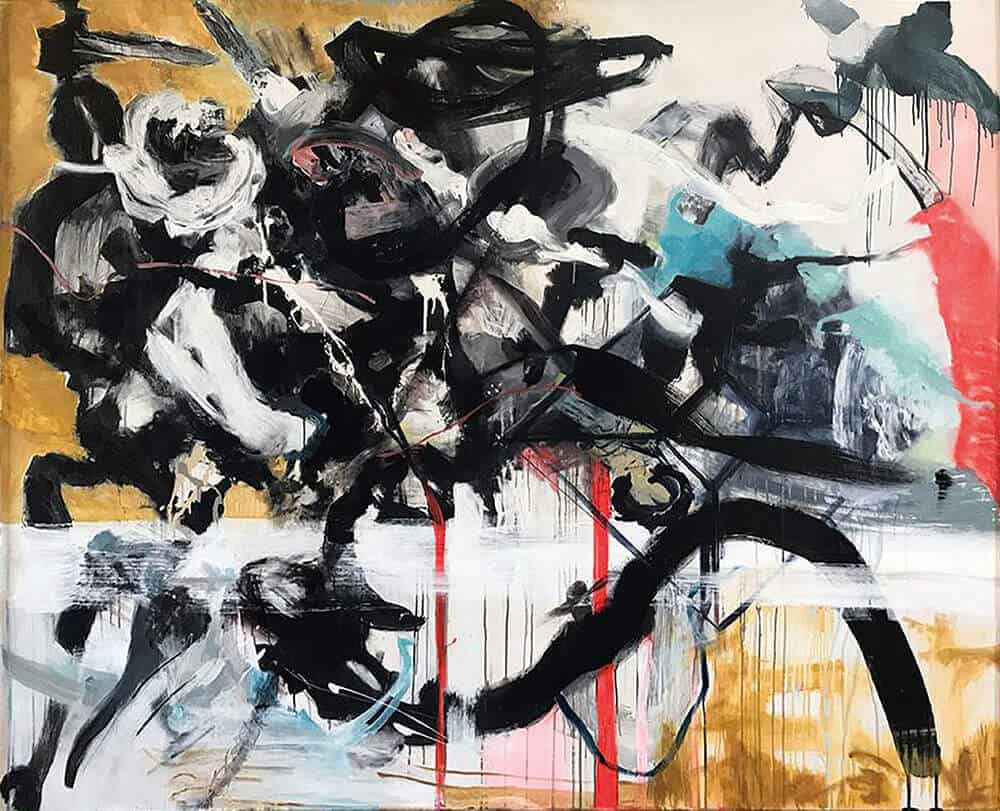 I was trying to make paintings of my experience of being there and I didn’t know what that looked like. As much as I was surrounded by visual cues, which obviously springboarded the work, I wanted to work predominantly from what I felt in those woods. I became hypersensitive to my other senses. I wished to make visual that which I had heard, mark the tactile quality of the soil, the sharpness of branches, the irritation of ants. I wanted to colour the smells, retaste the dank mould of the earth and feel the delicacy and confusion of crossing twigs. And always, not merely just sensory awareness, but emotional too. 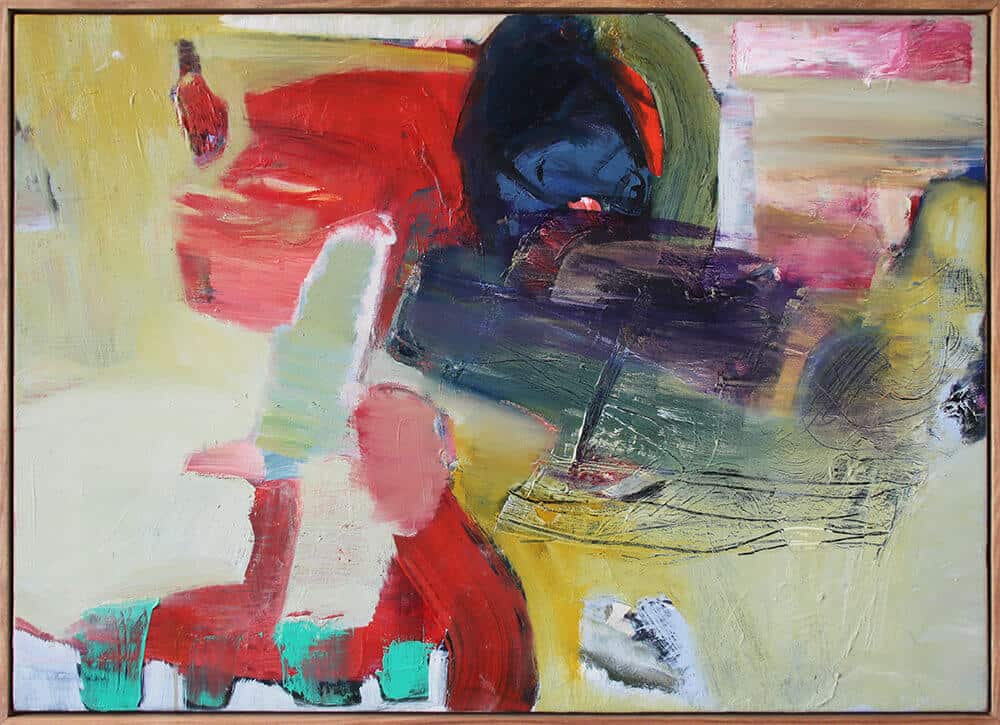 On returning to Cape Town, I wanted to continue the process. I surrounded myself in my studio with my entire body of Karatara studies from which I worked. I pursued mostly large paintings that would afford me a kind of vast landscape on which to work quickly and instinctively. Working in acrylic mainly to allow for speed as I had done before. Trying to recapture elements of that location – the single tree, the intersection of branches, the shouting of hens. I painted what I didn’t see. Recurrent motifs, abstracted forms seemed to reappear again and again. Inspired by the work of Fabienne Verdier, I painted on large loose canvasses taped to the floor working aerially. I began another in black and white working solely from audio to the music of Lisa Gerard. It is not what I see. I have tried to look at each work and really feel what the painting needs and wants as opposed to superimposing any idea of a preconceived outcome. I have tried to become comfortable with not knowing.

Not to forget another implied understanding of the show’s title, that it is not about what I as the artist sees, but what the viewer sees or experiences. I hold the belief that while some knowledge of the artist’s intentions and methods may allow for greater appreciation of specific work, the viewer may see or feel something entirely different to the artist’s original ideas and intended outcomes. A poem about WW1 may evoke abject imagery and emotions unrelated to war atrocities in the reader. That doesn’t mean it has failed as a verse. 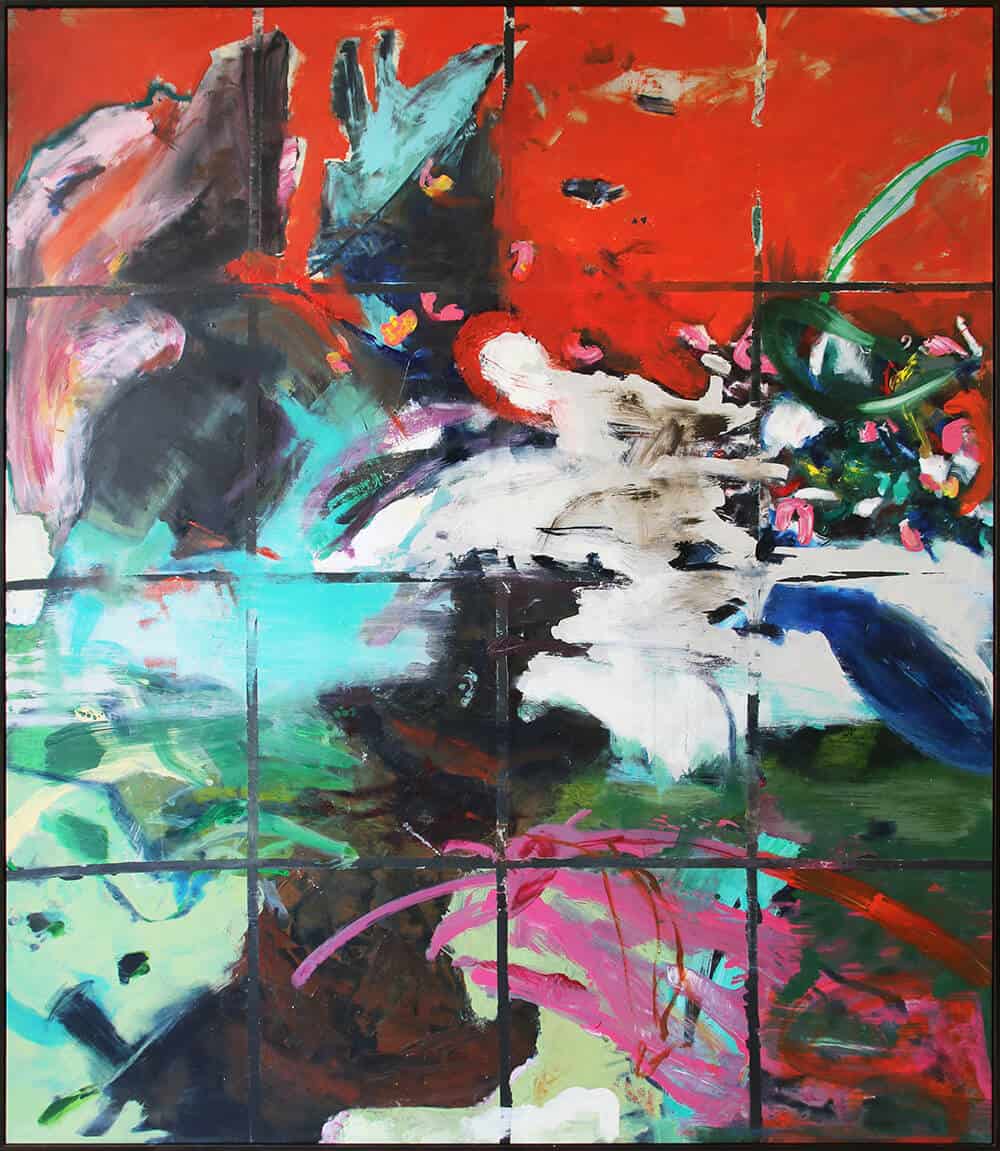 the dankness, the brown mustiness deeply integrated into fathomless pits of

the albino white patches on trunks of trees blending into sap green,

the intricacies of branch crossing twig,

the whistle quietness and subdued secrecy of winding paths 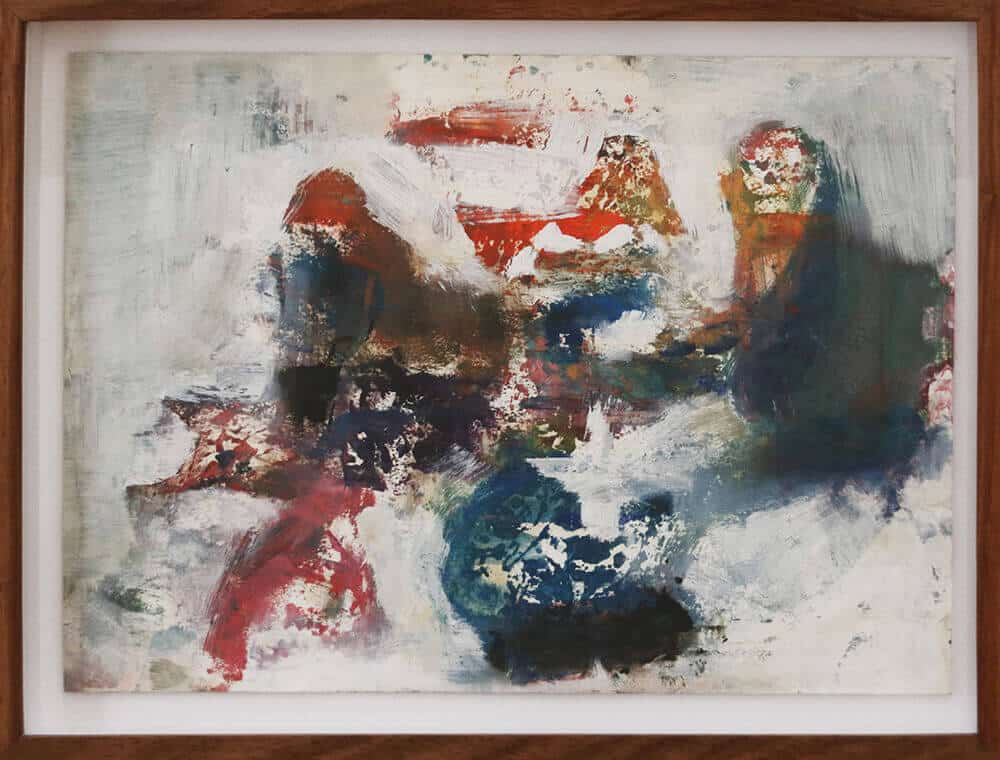 ‘it is not what it is’ will be on view at Eclectica Contemporary from 1 August till 30 September.

Nina Holmes is an artist based in Cape Town, South Africa.