Politics of the body in photography

Most noted for her use of fashion photography as a means of exploring cultural communication and identity allegiance, Nontsikelelo Veleko – or ‘Lolo’ to those closest to her – is set to take up the spotlight once again with her co-curated exhibition ‘Resist(e) – Printemps Photographique Afrique du Sud 2017’ at Gallery NegPos in Nîmes, France.

A graduate of the Market Photo Workshop in Johannesburg, Veleko was nominated for the MTN New Contemporaries Award in 2003, and went on to exhibit her photographs at the International Centre for Photography (ICA) in New York at Okwui Enwezor’s ‘Snap Judgements’. Her bright and bold images of Johannesburg’s street style in her series ‘Beauty is in the Eye of the Beholder’, captured the eye of many and, in 2007, Veleko won a Jury Prize at Rencontres de Bamako. One year later, this same photographic series won her the Standard Bank Young Artist Award and her work travelled across South Africa.

Continuing with her love for photography, Veleko is co-curating ‘Resist(e)’ alongside Patrice Loubon of Gallery NegPos and in collaboration with ‘Photo’ – a John Fleetwood initiative. Fleetwood is the former director of the Market Photo Workshop, and was responsible for training renowned South African photographers, Zanele Muholi, Ingrid Masondo, Buyaphi Mdledle and Nontsikelelo Veleko. ‘Resist(e)’ incorporates the work of 13 South African photographers, both renowned and unknown – depending on who you speak to – who are resisting mainstream contemporary culture through art. 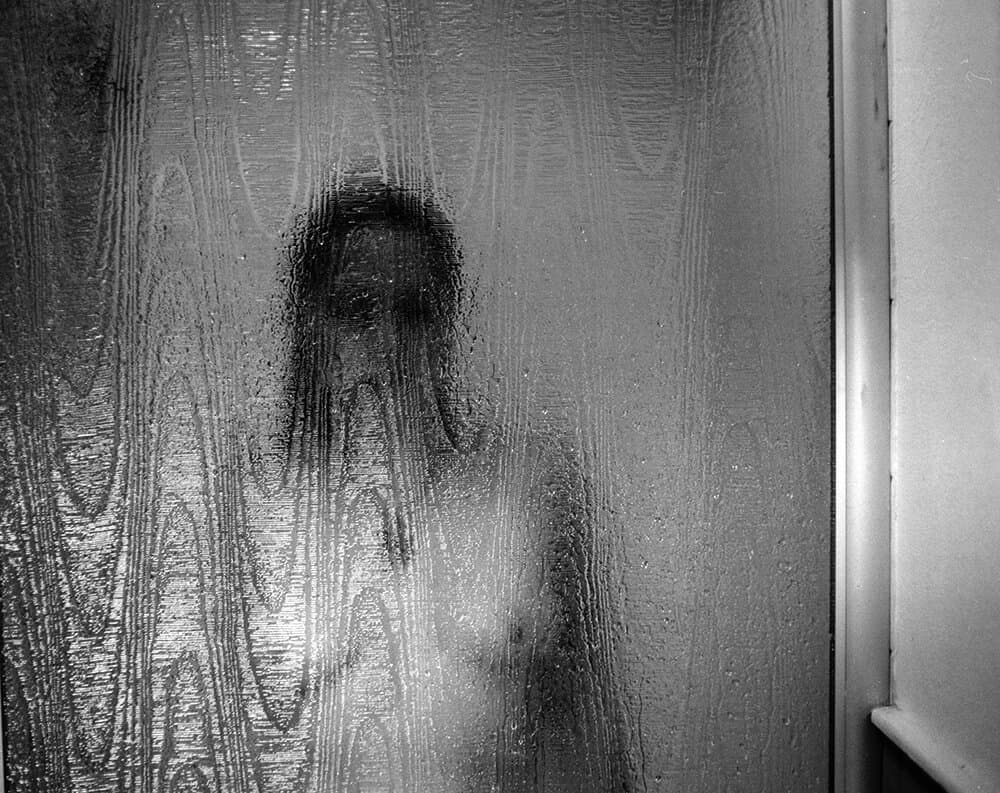 Lolo Veleko sat down with ART AFRICA to speak about the similarities and differences between South Africa and France, and her thought process behind curating ‘Resist(e)’.

ART AFRICA: This is an amazing time. You’re here after seven years of being in France, why now? Why South African photography now?

Well, I left for France for two reasons. The first was to go and find myself at the time that my career was picking up, and I was wanting more in terms of learning about visual art and the visual literacy that I’d learnt about in South Africa.

I’ve lived in several places in France – first in a town quite near to Versailles, then in St Malo in northern France, and finally in Nîmes in the south of France. I wanted to be close to Arles, so Nîmes was perfect – the School of Photography is based in Arles and it is home to Les Rencontre de la Photographie.

I experienced post-partum depression during my first few years in France, and once you come out of depression, the first thing you want is to feel normal and to work. For me, work gives me a sense of my humanity. So this is how I came to work on ‘Resist(e)’. The word ‘resist’ also exists in the French language, written similarly and it means the same thing, and I thought it would be important to work with this idea considering that body politics have become much more a part of the global art scene.

The body – as a nude – is being rejected from some gallery spaces. I’ve experienced it firsthand where a gallery in France was closed because there were nudes on exhibition. These particular works were photographs by Fatima Mazmouz – an artist originally from Morocco – who captured her own nude, pregnant body. The gallery was apprehensive about showing this work as the threat of terrorism is quite extensive in France, and they were critical of her – as a Muslim woman – for ‘displaying’ her body, which is haram (prohibited) in Islam. 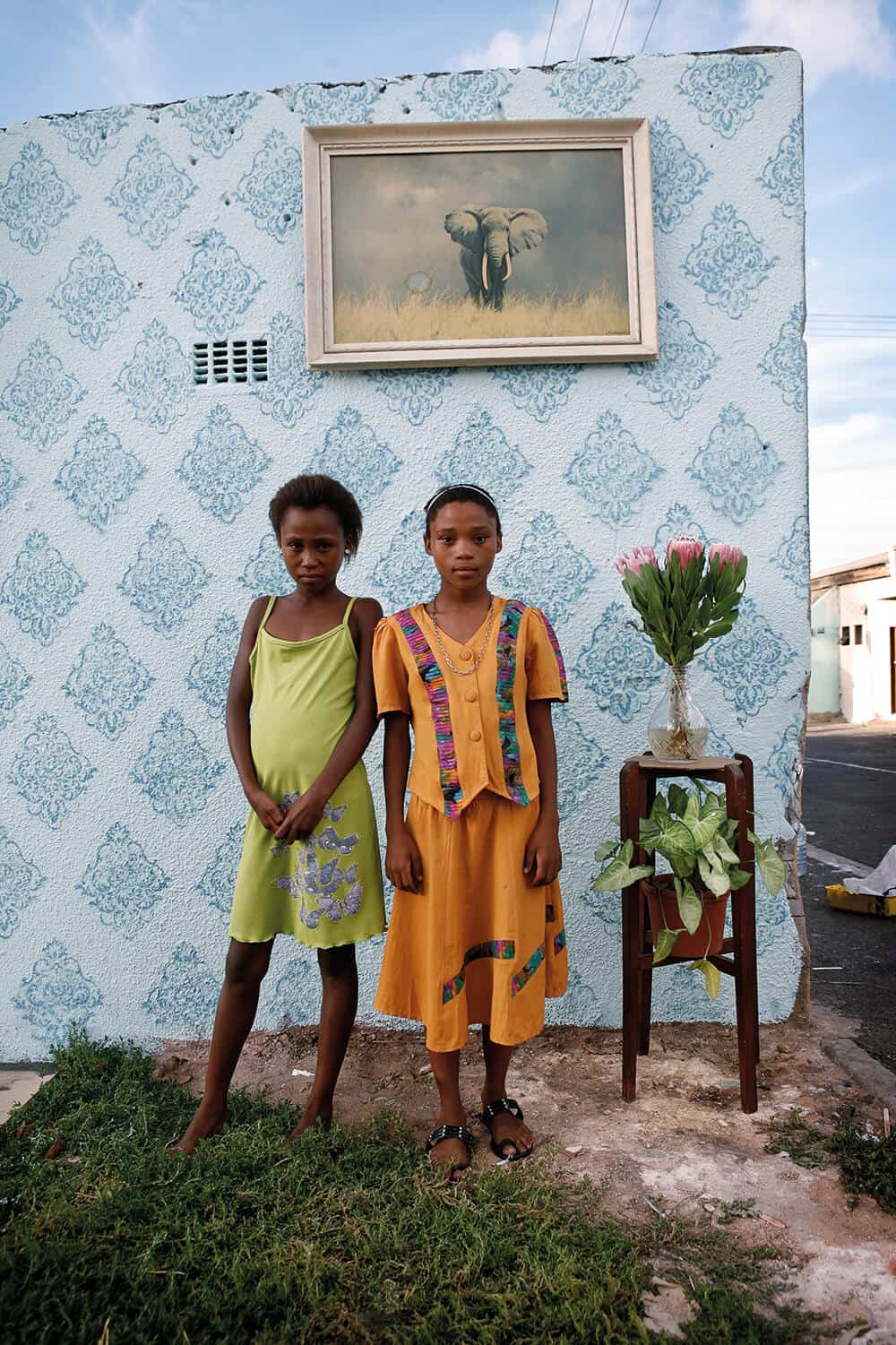 It’s also one of the reasons why I moved to France – so that I could learn about these issues; issues that we don’t necessarily face in South Africa. And it was in this regard that ‘Resist(e)’ came to look at how South African photographers are using the body, religion, sexuality, identity and family to critically engage with certain topics.

‘Resist(e)’ will feature the work of Cedric Nunn, who looks at his own family; Andrew Tshabangu, who looks at religious rights; Jody Bieber, who looks at the body with her project Real Beauty, and Dean Hutton who works on Dean’s Bed. Zanele Muholi’s series, Faces and Phases – a consideration of black queer lives – will also be featured, which I think is highly important in this day and age. ‘Resist(e)’ will also look at the work of photographers who are completely unknown, depending on who you speak to.

Your urban vision from 2003 has become defining in look and style. Looking at what interests you, what attracts you to the nude body?

I look at how people react to the nude body. There’s a funny reaction to, say, a pornographic image versus the nude body. Which, for me, is quite interesting as people often view the nude body as pornography, or how people view images of war, bombs and dead bodies versus the nude image. And for me, to talk and debate about these images, a subject which Cedric Nunn has written about on his blog – that images of war are, in fact, pornographic images – is of great interest to me. I find beauty in the bodily form. Perhaps it’s also cultural [in photography]; in the past painters used to paint the nude body and it didn’t matter whether they were thin or fat, short or tall and, of course, I had that background in my head. I’m interested in the politics of the body: how I view myself personally, about my own body. So it’s also a work in progress. Most of my work reflects back at me, so it’s an image of myself looking at the other, but at the same time I see myself in the other. 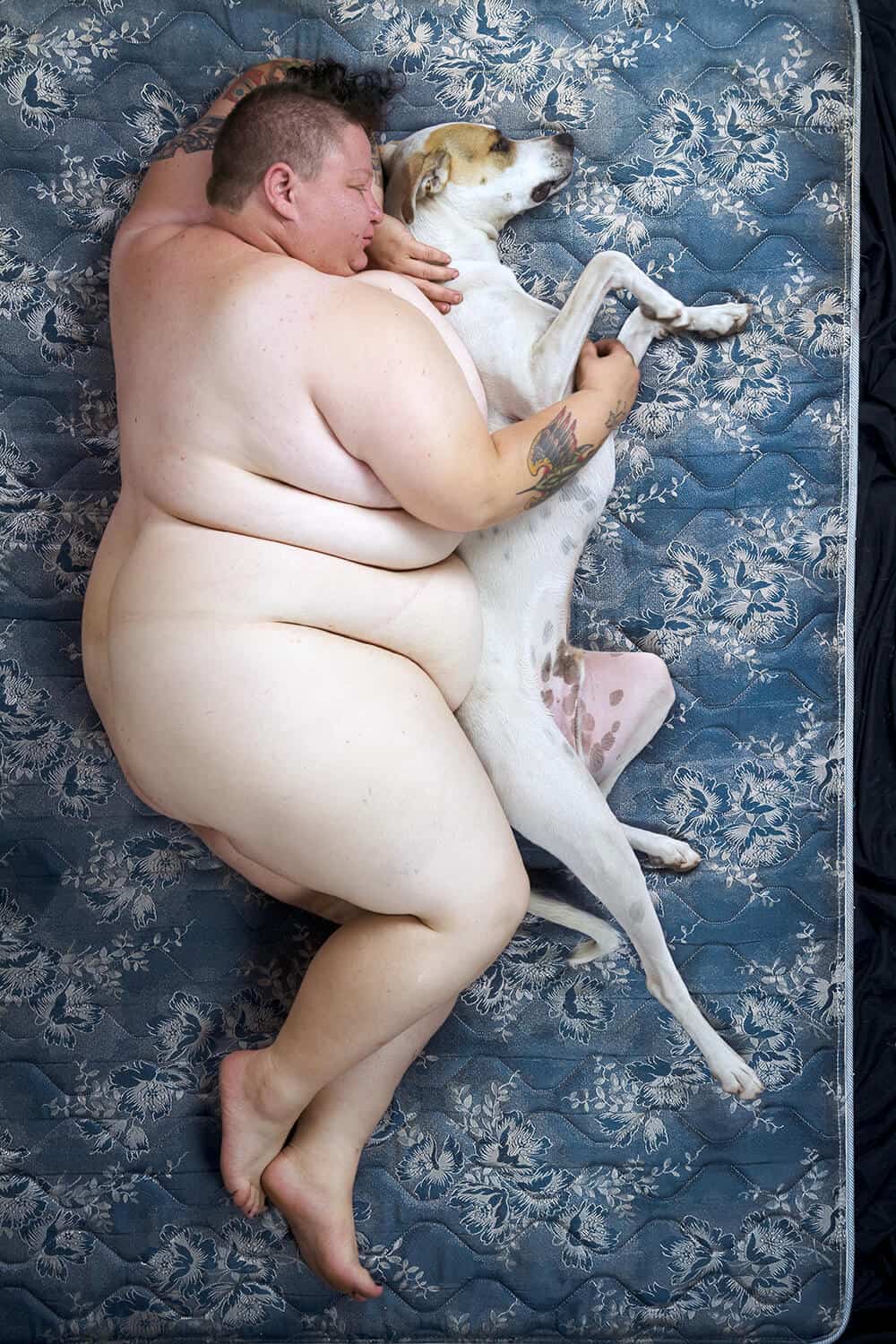 For instance, that body of work was created in Réunion Island and I was asked if maybe I should not show my work freely; that I should cover my space with black sheeting and when people enter it should be this black canopy. This took me back to the pornographic image, which I guess is a bit disturbing. You’d go into this booth to watch a pornographic film. Yet to me the nude is something to be venerated and celebrated, not something to be made ashamed of and hidden away, in a way pacified.

What I found, while in France, is that when I asked people if I could photograph them in the nude, and how I think of France as being so liberated, I expected them to jump at the chance to be shot in the nude, but actually they’re prudes. In France, their reactions were ‘No! Why?’ and they actually were ashamed. And there is this prevailing notion of making people feel ashamed to show themselves. To deny people self-expression, I think, is more recent. I think that they’re regressing, in a way. In the past, artist’s like Cezanne and his contemporaries were painting nude women and this was celebrated. And there’s been a move away from that, and in my understanding of studying art, it wasn’t something to be ashamed of. I think it has been influenced by media and how we portray women; there was a shift to portray a skinny and unrealistic image of ‘perfection’ [I don’t know what perfect is]. And if you didn’t conform to this image – you were the other. This is why Jodi Bieber’s project is important, because it speaks about exactly these issues and it consists of photographs of all kinds of body types of women.

But what I do like about France is the possibility to exercise freedom of speech. You can challenge the powers that be. And that is protected by the libertè, egalitè, fraternatè, whereas in other countries you could be killed and you wouldn’t get the chance to go to court.

So being in France for me, as I mentioned, meant I was close to Arles and the Festival of Photography, which is one of many. So it’s easy to see the work and the bodies of work that exist in different parts of the world. And for the first time, this year, I saw an Annie Liebowitz and until this time I had never seen the images in real life. And she was the invited artist for Luma. Luma is a foundation started by Maja Hoffman, where just last year, Zanele Muholi showed her work Somnyama Ngonyama.

I always feel that when you are in a foreign country, the pressure to represent and promote your country and culture becomes so much greater. There is this need to share with the locals the knowledge that is required to understand the complex nature of home.

In talking about representations of the nude body, quite a few of the artists you have chosen to exhibit in Resist(e) are exploring this.

Being in France showed me the importance of culture and how it is protected and taught through the ages. Having attended a lot of photo exhibitions here, I’ve realised the ‘fashion’ of galleries and the contemporary way of doing things – the nude is certainly not ‘in fashion’. Yet the world battles with this topic daily – the body, its existence, beauty, strength, and its limits are all at the forefront of our realities as it is only because of these bodies that we are able to function.

How did you go about choosing the artists, and why was it important for you to have an exhibition of this calibre – of South African artists – in France?

The choice was made unconsciously, and I guess it’s intermingled with me being South African, along with my personal journey and history with photography. When I chose the names and proposed them to co-curator Patrice Loubon, we both looked at the work overall and how the images of individual photographers spoke to each other.

I always feel that when you are in a foreign country, the pressure to represent and promote your country and culture becomes so much greater. There is this need to share with the locals the knowledge that is required to understand the complex nature of home. This is impossible to be portrayed in the work of only one photographer – South Africa is a large country with a very complex history. 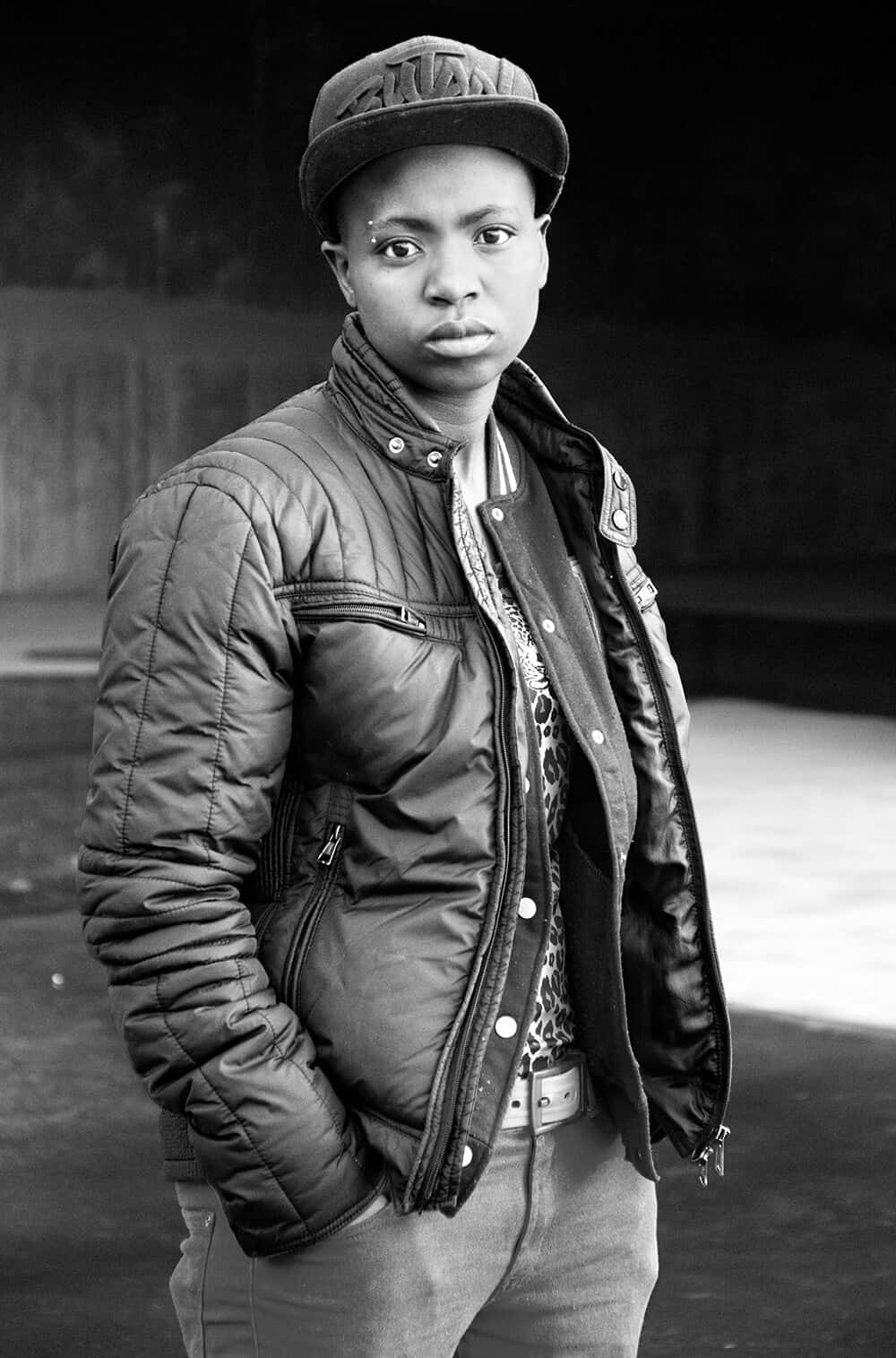 Resist(e) is set to run for two months in several places across Nîmes and will be accompanied by a mini-conference presented by NegPos and its partners. Can you tell us a bit more about what this conference will entail?

The conference includes John Fleetwood – the former head of Market Photo Workshop and now the founder of PHOTO – and his topic of discussion is ‘Learning to Resist: Photography’s role to unlearn and imagine’. He will address context, relevance and self-positioning in his role as mentor, educator and curator.

The second speaker is Peter Machen – a writer, artist and film curator from Durban, South African, currently residing in Berlin – whose topic of discussion is ‘Talking to Photographs about Photographers’.

The third speaker is Valerie Urrea – co-author of the film Réalisatuer(s) – who will be joined by Cedric Nunn, a South African photographer who features in the film.

In some ways we are, in others we’re not. In South Africa, I couldn’t speak my mind without coming under threat of violence, whereas in France there is the notion of going to court and getting the chance to plead your case. Though this, too, is a form of violence – going to court – depending on what you perceive as violence.

Lastly, I’d like to add that in South Africa we have failed the LGBTQ+ community and women. Although there are laws in place that are supposed to protect us, for example, Khwezi is a woman whom the entire country let down. By law, she should have been protected and not forced to leave South Africa. Instead, we are suffering the consequences – men from all walks of life are beating and killing women, lesbians and gays. Where is our libertè, egalitè, fraternatè?