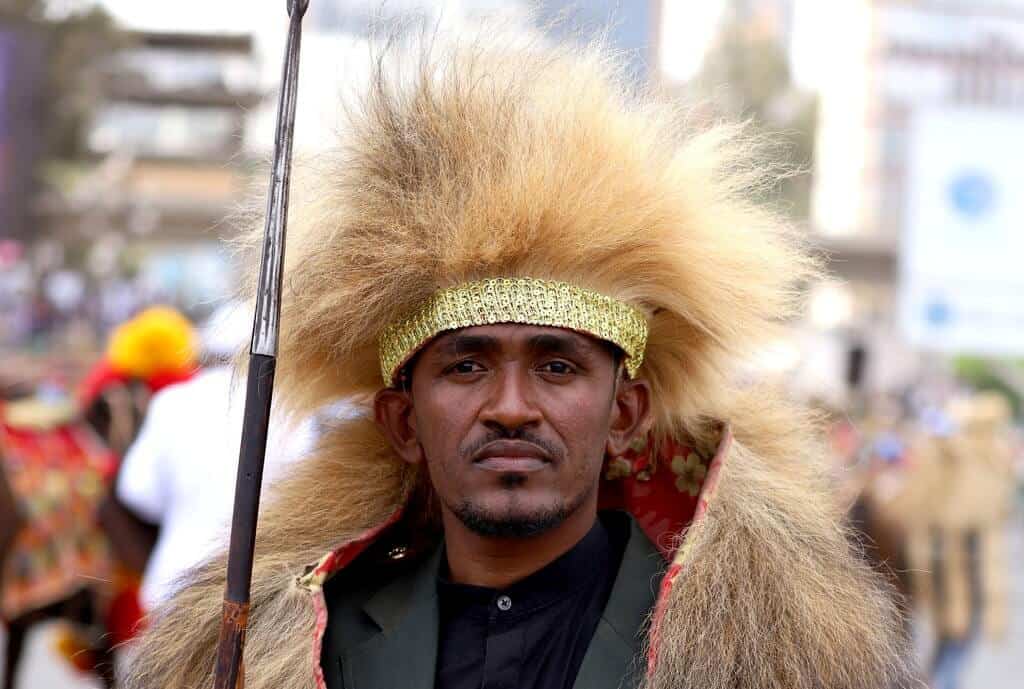 Ethiopian protest artist Hachalu Hundessa was shot dead in Addis Ababa’s Gelan Condominiums area on Monday by unknown assailants. He was 34 and is survived by his wife and 2 daughters.

Born in 1986 in Ambo (approximately 100 km from Addis Abba) to an Oromo family, he grew up singing while tending cattle. He was passionate about music from a young age and it was at school where he joined other students in campaigning for freedom for the repressed Oromo people.

In 2003 Hundessa was arrested for participating in protests against the oppression of the Oromo people by the government of the time. He was only 17 at the time, but received a five-year sentence. He was released in 2008. During his imprisonment, he learned how to compose music and to write lyrics. He wrote 9 songs during this period and in 2009 he released his first album, Sanyii Mootii. In 2013, he toured the United States and released his second album, Waa’ee Keenyaa. This album was the number 1 best-selling African music album on Amazon music at the time.

Hundessa’s refused to go into exile to flee persecution by the ruling governments of the time. His protest songs unified the Oromo people, encouraging them to resist oppression. His ballad “Maalan Jira” (“What existence is mine”) concerned the displacement of Oromo people from Addis Abba. Months after the single was released in June 2015, protests opposing the Addis Ababa Master Plan occurred throughout the Oromia region. The song became an anthem for protesters and became one of the most viewed Oromo music videos.

In December 2017 Hundessa sang at a giant concert in Addis Ababa that raised funds for 700,000 Oromo who was displaced by ethnic violence. Hundessa’s songs captured Oromo hopes and frustrations. In 2018 the protests culminated with Ahmed Abiy becoming the first Oromo to take the post of prime minister.

His music and legend will live on eternally.