Right at the Equator

Built upon a commitment to understand and support emerging artists from across Africa, Right at the Equator colours outside the lines and challenges mainstream narratives of what art from the largest continent can and should be. 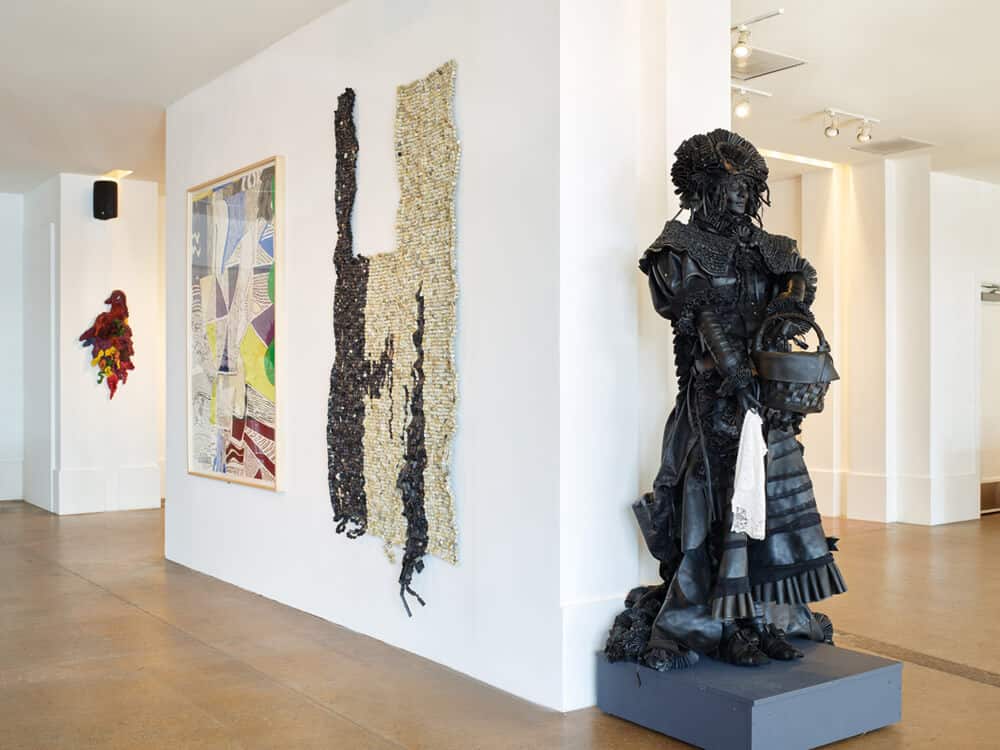 Installation shot of the exhibition, Right at the Equator. Courtesy of Depart Foundation.

Building up a nuanced and complex picture of African contemporary art is a many hands ongoing project, evolving on many international fronts. Right at the Equator is a new exhibition and collection project, which takes up the challenge on the West Coast of the U.S. and beyond.

California is used to exporting culture around the world but when it comes to awareness of African art, while there are historical collections like the Fowler Museum at UCLA or the Los Angeles County Museum of Art, much remains to be done. According to Sylvester Ogbechie, the co-curator of Right at the Equator, “Those are great collections…however they are showing artworks that represent cultural production in the middle of the 20thcentury and people make the assumption that’s what artists are still doing in the present. This exhibit is trying to change that viewpoint.”

As a collection based project Right at the Equator, is also built upon a commitment to understand and support emerging artists across Africa; artists living in places where ordinary rules of infrastructure, services, and other accommodations that artists in the West take for granted do not apply. While recognising the artists’ living realities, this presentation side-steps parochial concerns and paternalism, situating all of the artists first and foremost as important contemporary practitioners who merit recognition among their international peers.

Beginning with artists from Southern African and edging North and West, Right at the Equator, is already colouring outside the lines and challenging mainstream narratives of what art from the largest continent can and should be and the place its artists are claiming in shaping the contemporary art.

With the two month exhibition at the Depart Foundation in Malibu, California, Right at the Equator has already attracted the attention of major art institutions in the U.S. An expanded version of the show is coming to the San Francisco Art Institute in 2019, supported by a programme of educational events and publications with other museums, institutions and galleries. 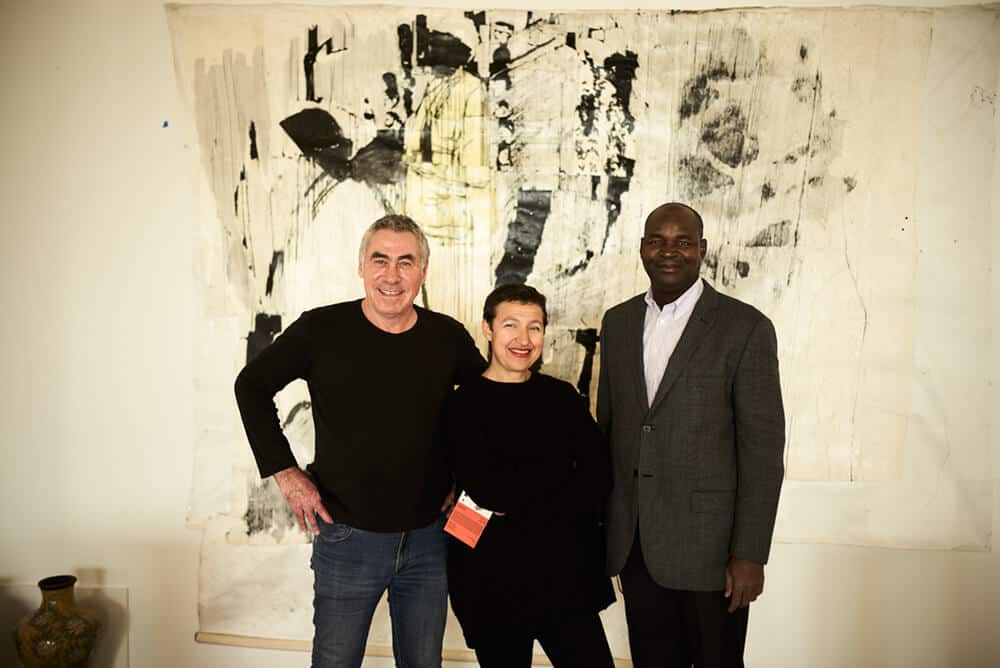 Valerie Kabov is an art critic, curator, and educator with a focus on emerging art practices, audience engagement, and intercultural dialogue. Valerie is Editor-at-Large of Art Africa Magazine and Co-founder and Director of Education/International Projects at First Floor Gallery Harare, Zimbabwe’s leading contemporary art gallery and educational platform for supporting emerging art in Zimbabwe and beyond.

Sylvester Okwunodu Ogbechie (Ph.D. Northwestern University) is Professor of Art History and Visual Cultures of Global Africa at the University of California Santa Barbara. He is the founder and Editor of Critical Interventions: Journal of African Art History and Visual Culture, and Director of Aachron Knowledge Systems. His research focuses on modern and contemporary art African art, cultural informatics, and the arts and cultural patrimony of Africa and the African Diaspora in the age of globalization.

David Altman is a South African born, US based, social entrepreneur, with education initiatives focused on skills and human development in the public sector in Southern Africa. For two decades, he was the Executive Director of the US Export Council working with Nelson Mandela’s first government and facilitating trade and investment between the US and Southern Africa. David is an avid supporter, patron, and collector of African Contemporary Art from across the continent.

FEATURED IMAGE: Installation shot of the exhibition, Right at the Equator. Courtesy of the Depart Foundation.