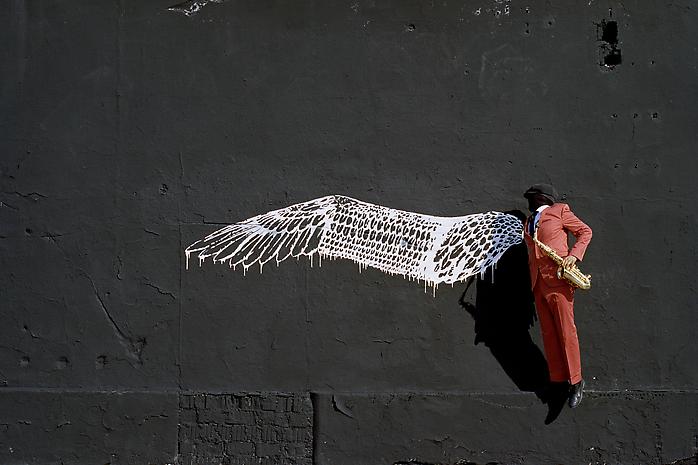 ROBIN RHODE, Birdman, 2014, mounted c-print
For Robin Rhode (b. 1976), who grew up in South Africa as part of the post-apartheid generation, reflection on politics, social hierarchies and the search for identity are central. His treatment of figure, dimension, space and time, his combination of drawing, street art, performance and photography are unique. Subtly and inconspicuously, the artist stages his stories in the public space, on walls, in squares and side-alleys. In photographic documentations his artistic interventions find their way into the exhibition spaces. 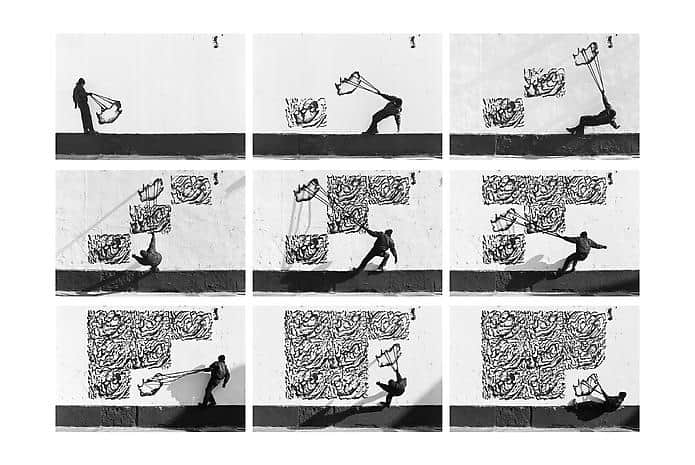 ROBIN RHODE, Carry-on, 2013, black & white print
For his exhibition Rhode Works Robin Rhode combines conceptual art and subculture, and establishes a connection between the beginnings of photography to comics. The artist stages his objects, drawn directly on the wall, with his own body, and captures these in photographs. With their sheer size, his drawings also involve the audience in a performance. The relationship between subject and object is reinterpreted: the drawn objects become active figures, and act out apparently established physical laws through a sequential narrative.