in News Articles 2013
Share on facebook
Share on twitter
Share on email
Share on whatsapp
To celebrate the Johannesburg Art Gallery’s (JAG) centenary and raise funds for the gallery, the South African Mint (SA Mint) has partnered with Friends of JAG and has launched three special, limited edition commemorative medallions. The expertly crafted and beautifully designed medallions were on display at the 2015 FNB JoburgArtFair, which took place from 11 to 13 September at the Sandton Convention Centre. The medallions can be viewed and purchased from Coin World at the SA Mint. 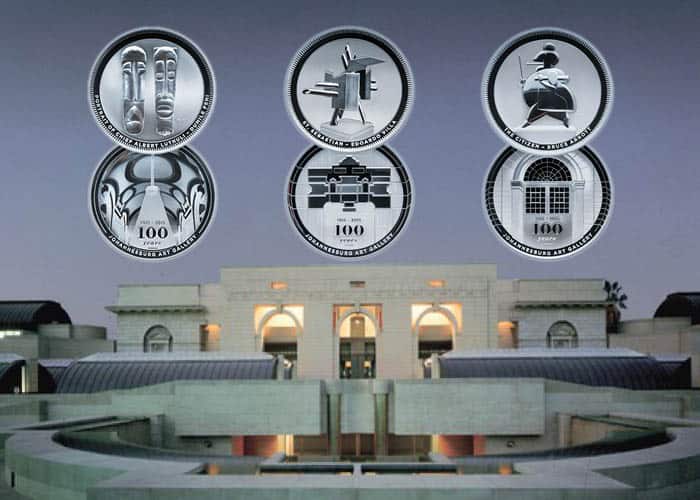 The two-ounce sterling-silver medallions, which are available as 100 limited edition sets of three or 100 single editions of each, are a prime addition to SA Mint’s collectable heritage. They pay homage to the JAG building’s neo-classical architectural motifs, with different elements on the obverse of each of the medallions and prominent sculptural pieces from the JAG collection on the reverse. The sculptural pieces include Eduardo Villa’s St Sebastian, which guards the northern entrance of the gallery; Bruce Arnott’s The Citizen, which stands outside JAG; and two of Dumile Feni’s sculptural works entitled Portrait of Albert Luthuli.
“We are extremely proud to be a part of the JAG centenary celebrations,” said Tumi Tsehlo, Managing Director of the SA Mint. “The medallions themselves are striking works of art by artists Jana Jansen van Vuuren and Sindiso Nyoni, who capture and highlight the splendour of the JAG building and its renowned art pieces,” he added.
A percentage of the proceeds from the sale of each medallion will be donated to Friends of JAG, the fund-raising body that helps keep the institution thriving and is central to Johannesburg’s art scene. By purchasing a medallion, art enthusiasts will be contributing to the country’s arts, culture and heritage.
JAG’s original Edward Lutyens-designed building is today, 100 years later, home to the largest collection of artwork on the continent. Lady Florence Phillips (1863–1940), an art collector and wife of mining magnate Sir Lionel Phillips, was the driving force in establishing JAG. Not only did she organise the initial collection, she also secured funding from the city of Johannesburg for the purpose-built building designed by Lutyens – of which the foundation stone was laid in 1911. The building, which is regarded as an artwork by many, was declared a provincial heritage site in 1993.
The South African Mint is one of the world’s leading mints and has, over the years, earned a worldwide reputation for its appealing designs, exceptional craftsmanship and the high standard of its quality coins, winning numerous international awards in the process. 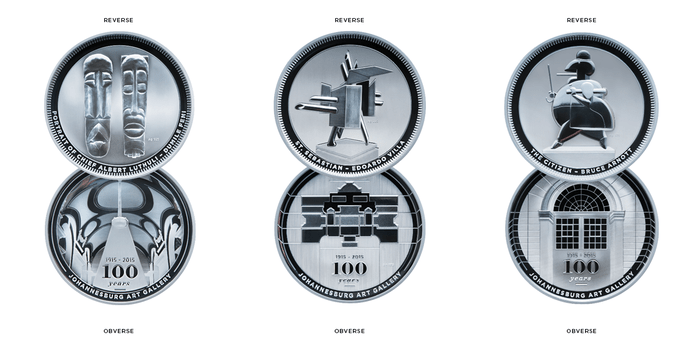