Kirsten Sims is a visual artist working in Woodstock, Cape Town. She holds an honours degree in Illustration from Stellenbosch University, and is currently busy with a body of work for her fourth solo show at Salon91, her representative gallery. During 2015 Sims held her second solo exhibition at the Alison Milne gallery in Toronto, Canada. The Artist represented Salon91 at the Turbine Art Fair during 2015 and 2016, and will be doing so again in July this year. She regularly participates in group exhibitions in South Africa and is in the process of writing and illustrating her second children’s picture book. Kirsten tells us we can expect a preview of her work for her upcoming solo show, Saturn Return, at the Cape Town Art Fair in mid-February.

In your artist’s statement you mention that place is very important in your work, real or imagined – how do you go about formulating these places and where do you draw inspiration from?

I like to play around in the space between existing and non-existing places; painting from personal references in one picture and then completely making up a whole new place in the next picture. Sometimes it’s nice to try and forget the rules about spatial-awareness and perspective and just paint instinctively like children do, but sometimes it’s also really satisfying to paint something familiar, like certain views and vistas that are meaningful and special to me. It depends on the mood I’m trying to capture in that particular picture. I draw immediate inspiration from my internal dialogue and whatever I’m listening to while painting; music, audiobooks, podcasts etc. When I look back at old paintings I can often transport myself right back to the book or song I was listening to at the time.
Your upcoming exhibition at Salon91, ‘Saturn Return’ comes after four solo shows national and international respectively. How has this exposure impacted on the creation and demand for your work?

The most important thing to me has always been that I can keep doing what I love, that I can keep creating time and space to grow and experiment and play. Being able to express myself freely, and share the things I’m doing, whether that is a painting or a picture book, is a HUGE privilege. 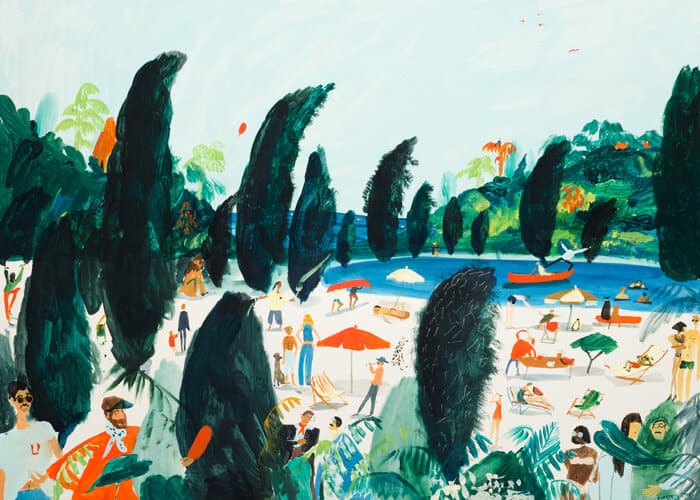 Previous bodies of work, like ‘You are Here’, are theatrical and exaggerated, exploring ideas related to the imaginary and fantastical – will your body of work for ‘Saturn Return’ take a similar approach?

I am definitely still attracted to the notions of theatre, drama and fantasy in my work; I suspect I always will be. They have been binding threads through most of my exhibitions even when the content seems vastly different. I find it thrilling to exaggerate and dramatize even the most mundane situations. Often the most casual and banal conversations between people can be theatrical and loaded with nuance. I try to translate that into the ‘conversations’ between characters in my work – mainly through body language, gesture and facial expression. The drama isn’t limited to figurative work of course, it extends into my landscape and more abstract work too – It always amazes me to see how light can change a subject. How something ‘ordinary’ can transform into something magical as the light around it changes. I’m very much attracted to the ordinary. Everyday things excite me – houses and chairs and people eating breakfast. Of course there are the big extravagant parties too.

You have mentioned that in ‘Saturn Return’, you explore the expanse of space around you – how do you capture this visually, and in what way are you pushing the boundaries of place and space?

I’m pushing the expanse of space through the exploration of scale and through the creation of dialogue between big and small works. Sometimes I will paint one tiny figure in an expansive space and other times completely overwhelm the space with figures. I have one painting that is filled with people from top to bottom – it’s called Commitment Issues, and it is an intense tapestry of people all linked and connected to each other. It may even make one feel a bit claustrophobic. It’s fascinating that two different paintings on the exact same paper size can give such completely different perceptions of space; depending on the subject matter and the scale at which it interacts with the environment I place it in. 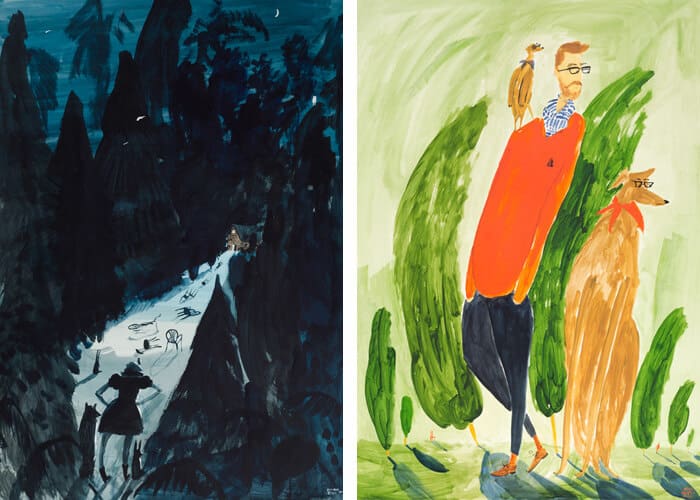 Can you tell us about how you came to the title of your upcoming exhibition, ‘Saturn Return’?

The Saturn Return is the astrological period in our lives when the planet Saturn completes its orbit around the Sun, coinciding with the time of our birth. It happens every 29.5 years and as this is my 30th year I’ve decided to tap into the phenomenon for inspiration and use it as a launching pad for my next body of work. They say the first Saturn Return we go through can feel like leaping off the cliff of childhood, leaving us feeling estranged from external support. I’ve recently been digging through my childhood art archives and have found such joy in seeing how I expressed myself and the world around me; drawing more from internal than external references. My world may have gotten much bigger, but the idea of painting with reckless abandon, unafraid of the rules, and with total confidence about what is put down on paper, is something I want to address. I want to explore the expanse of space around me as I ‘jump off the cliff’ – both in the scale of my work and in the playful interactions of the figures I paint within the environments I put them in. All of my solo exhibitions thus far – ‘You are Here’, ‘The Middle of Nowhere’, and ‘Leap Year’ – have been very personal expressions of where I found myself at the time and have all been indicative of how I see myself fitting into my immediate environment. My life and work are intrinsically linked. 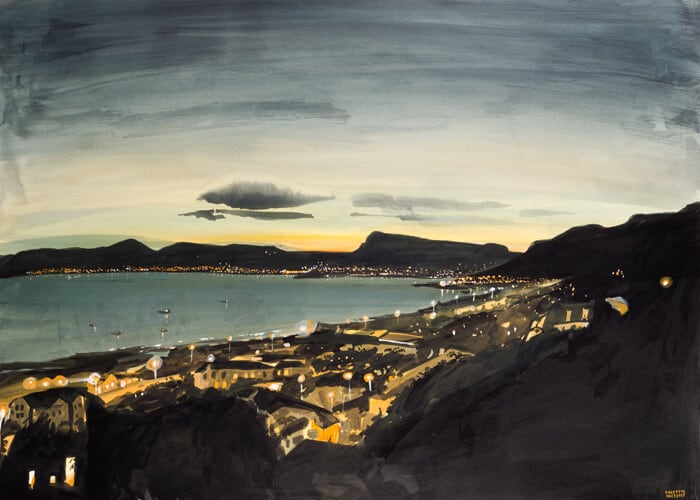 Kirsten Sims will be exhibiting a preview of her work at the Cape Town Art Fair 2017, from the 17th until 19th February. The entire body of work will be up on show for her solo exhibition, ‘Saturn Return’, at Salon91 from the 21st June until the 29th July.