The 16th Ségou’ Art – Festival sur le Niger is a special edition, dedicated to reconciliation and social cohesion, centred on the theme of ‘Migrations & Identity’ 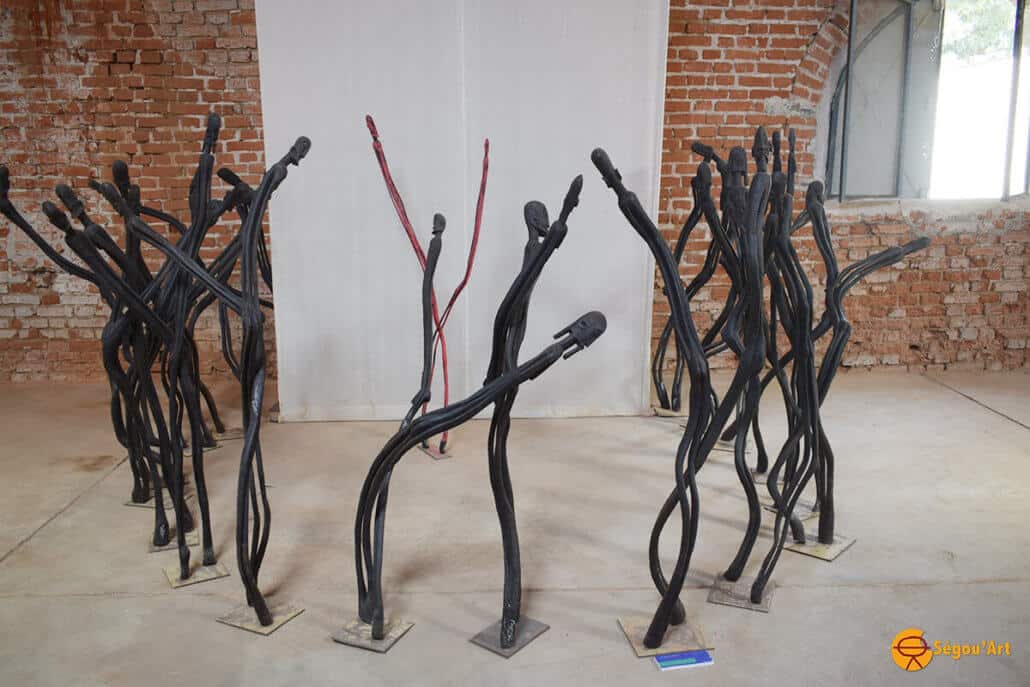 In 2019, the 15th edition of the festival reinvented itself by combining the traditional Festival sur le Niger (“Festival on The Niger”), one of Africa’s most prominent celebrations of tribal traditions and cultures held on the river banks of Ségou, with Ségou’ Art, a Malian contemporary art fair. This fusion bridges the gap between culture and the economy by focusing on contemporary art and the traditional aspects of the festival and brings together gallery owners, collectors, art lovers and critics from around the world. 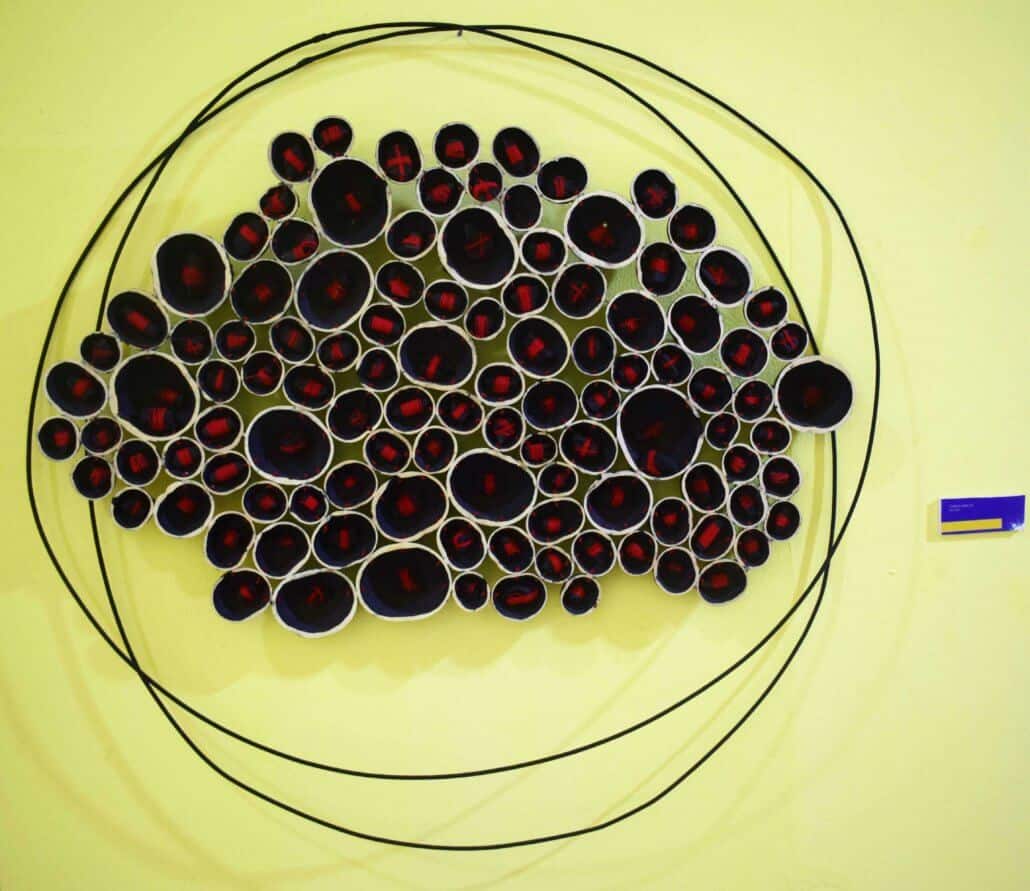 Engaging in discussions and exchanges around the most prevalent themes and challenges of society has been a prominent feature of the festival since its inaugural edition in 2005. The 2020 symposium brings together researchers, creators and decision-makers to grapple with the theme of ‘Migrations & Identity’, which according to the festival organisers is about ‘conducting reflections on the challenges and perspectives of our identities faced with the phenomenon of migration.’ This topical theme will be considered by speakers such as Prof. Ibrahima Wane (Senegal), Prof. Mahamadé Savadogo (Burkina Faso), Prof. Yacouba Konaté (Côte d’Ivoire), Prof. Lupwishi Mbuyamba (RDC), Prof. Ismaël Maiga (Mali), Dr Jenny Mbaye (Senegal/France), M. Simon Njami (Cameroon), Dr Fodié Tandjigora (Mali), M. Mamadou Ndiaye (Mali) and Mme Ramata Diaouré (Mali).

The programming for this special edition of the festival will focus on the following components:

The Cultural Caravan for Peace is a creative and conscious Sahelo-Trans-Saharan project, supporting peace, tolerance and solidarity in the Sahara and in the Sahel region. This year’s edition of the Caravan will focus on: allowing the community to engage with the gastronomic diversity of, both, the northern and southern areas of Mali, as well as the cuisines of the invited countries; an evening of cultural diversity and peaceful coexistence, led by artists and a ‘Baara’ of reconciliation.

It is expected that more than 200 000 visitors and around 400 local, national and international creatives from more than 30 African countries will flock to Ségou to participate in the fair. Scène Biton, a musical stage dedicated to young talent, will provide entertainment for the duration of the fair.

Bi Mali (Contemporary Mali), is a platform that will promote the emerging generation of visual artists in Mali, who work in painting, photography, sculpture and video, and allow them to follow in the footsteps of artists such as, Abdoulaye Konaté, Amahiguéré Dolo and Cheick Diallo.

The prominence the festival gives to traditional events allows locals to celebrate and proclaim their identities by putting on displays that promote the cultural and artistic practices that are unique to the areas from which they hail and enables festival attendees from around the world to discover the richness of Malian culture. Some of these events include Baara, canoe races, Kôrèdugaw, Dogon Masks, Puppets (Markala, Pelengana), Tindé (Touareg dance & music) and Samoko blowers. 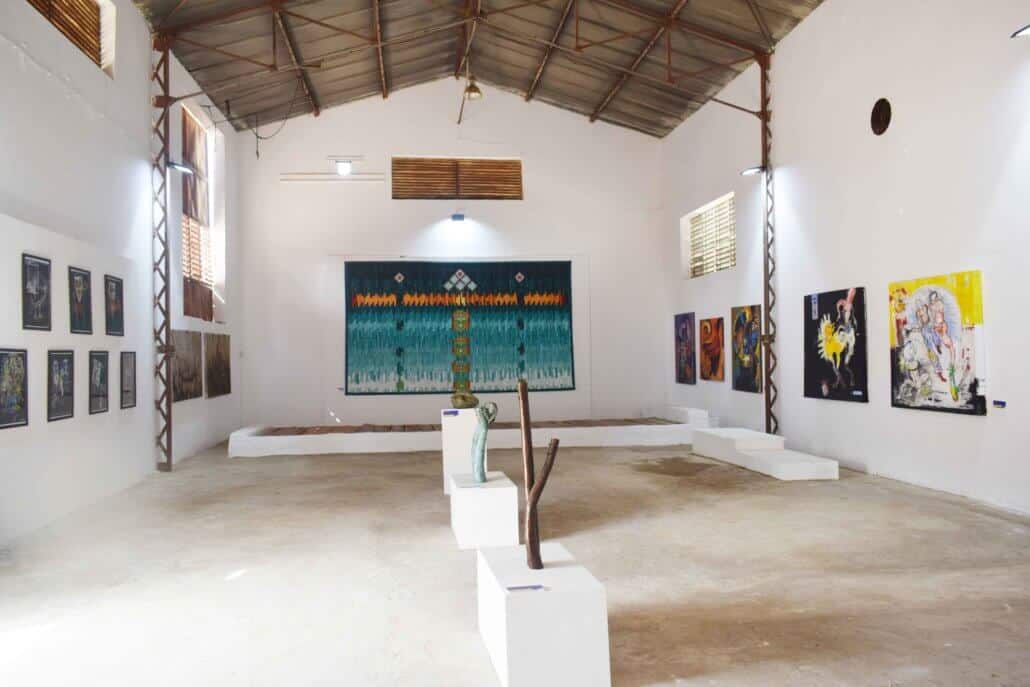 Mamou Daffé, who is the artistic director of the 2020 edition of the festival, and his team sought to create a unique event that highlighted the cultural potential of the city of Ségou, and the surrounding region, that could support the local economy and enhance the sentiment toward art and culture in Mali. Thus, Festival sur le Niger was born. Since its first edition in 2005, the event which takes place every February has rapidly become a peerless cultural event in Mali and West Africa. The festival considerably increases economic activity – benefitting hoteliers, restauranteurs, transporters and itinerant vendors – because of the influx of approximately 40 000 festival-goers and creates a large number of temporary or permanent jobs.

The 16th Ségou’ Art – Festival sur le Niger will take place in Ségou, Mali from the 4th until the 9th of February 2020. For more information visit the Festival website.