A DANCER AND CHOREOGRAPHER POSSESSED WITH A STUBBORN CREATIVE DRIVE, MAMELA NYAMZA’S WORK CHALLENGES MANY OF THE STAID CONVENTIONS OF BALLET. BY CARL COLLISON. 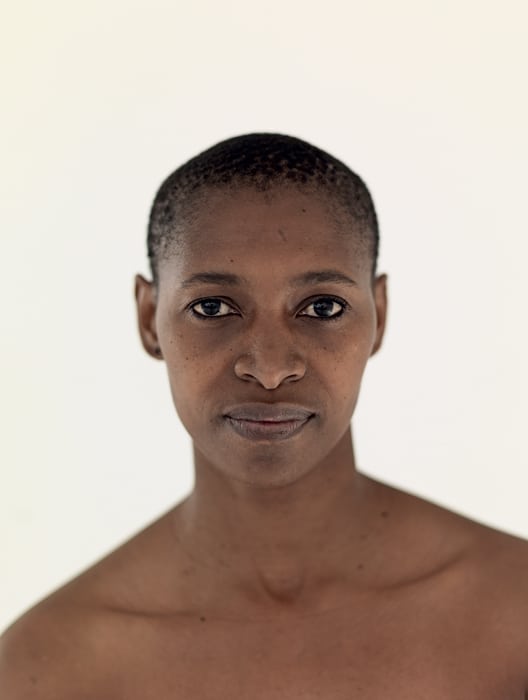 “I want to turn ballet upside-down,” says Mamela Nyamza with a mischievous grin that belies the determination behind it. Far from being a flippant anti-establishment rant, this statement perfectly encapsulates the ethos behind this young dancer

and choreographer’s work. Having started her career at the age of eight when she joined the Zama Dance School in Gugulethu, this disarmingly beautiful young Capetonian studied ballet at what is now the Tshwane University of Technology – “I felt it would provide me with the best technique to become a good contemporary dancer,” she says – before receiving a scholarship to New York’s Alvin Ailey American Dance Centre and later joining the State Theatre Dance Company. She soon, however, began finding the classical dance form’s limitations for self-expression stifling.

Though the 33-year-old’s love-hate relationship with this dance form is found in most of her work, it is most evident in her Dying Swan, a moving yet unsettling rendition of Michel Fokine’s classic The Dying Swan (1905) in which she simultaneously utilises, toys with and subverts the conventions of ballet to remarkable, unnerving effect. In it she effectively challenges conventional and accepted notions of beauty and how, in reality, many women feel they fall short of these sought-after ideals. In Nyamza’s work the use and subversion of ballet’s conventions is, however, not done glibly or purely for its own sake but is, more often than not, used as a point with which to correlate her rejection of the restrictions imposed upon her by other aspects of her life as a young, black woman. In Hatched (2010), which debuted at this year’s Grahamstown National Arts Festival, she takes an autobiographical look at how her deliberately shirking the conventions of marriage and religion as well as her Xhosa culture and traditions has affected her life as a young artist, mother (she performs along with her son, Mandla) and woman.

Shift (2010), her British Council-sponsored piece which featured as part of this year’s Spier Contemporary, took a pejorative and often dry-humoured look at the realities faced by women in sports. Here Nyamza sagaciousl covered such sensitive ground as the horrifying death of Eudy Simelane (the openly lesbian Banyana Banyana player who was brutally raped, beaten and stabbed 25 times for “acting like a man”) and Castor Simenya (who Nyamza feels “was controlled by the media”) to the sexual objectification of the Williams sisters, Venus and Serena. Her 2009 production Kutheni also explored township homophobia in a deeply affecting manner by using the brutal double murder of lesbians Sizakele Sigasa and Salome Masooa in Meadowlands, Soweto, as a point of departure.

Though she acknowledges “issues related to being a woman today are central to my work,” she also “likes to turn realities and events into performances”. In Mendi, for example, which formed part of the Baxter Theatre’s 2009 Out the Box Festival, Nyamza focussed on the warship SS Mendi, which sank during World War One – the majority of the troops on board were black South African men. Arguably one of her most haunting and avant-garde pieces to date (the piece featured very little actual dance movements and the dialogue was scripted entirely in Xhosa) it was received with a mixture of derision and praise. She struggles to disguise her obvious disappointment with this reception, stating: “the younger members of the audience were really appreciative of it while the older ones simply didn’t get it”. She ascribes the lacklustre responses to the fact that “Cape Town is still very much a ‘ballet city’. It really is very conservative.”

This status quo has only served to fuel her selfproclaimed “stubborn” creative drive: “Because I feel we should be engaging in debates around what we are shown, [it] really only provoked me to produce more avant garde work. And, because I want people to always ask ‘why?’” With characteristic mischievousness she adds, “I will always take such risks. I will always be a risk-taker.”

Carl Collison is a journalist based in Cape Town.