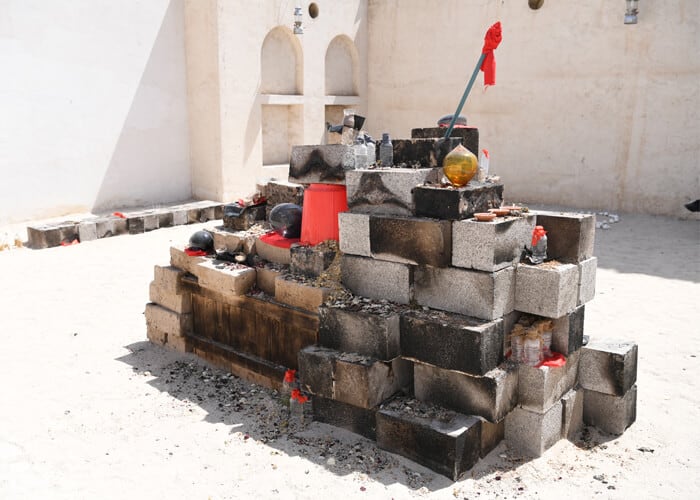 For the 13th edition of the Sharjah Biennial (SB13), which runs from 10 March to 12 June 2017, curator Christine Tohme invited more than 70 artists to respond to the thematic focus of SB13, grounded in the four keywords water, crops, earth and culinary. Since 1993, a selection of participating artists from each biennial has been chosen by a distinguished jury to receive the Sharjah Biennial Prize.

The four recipients selected this year were (in alphabetical order) Dineo Seshee Bopape, İnci Eviner, Uriel Orlow and Walid Siti. A special prize was awarded to the late Ali Jabri and will be dedicated to the conservation of his work.

Dineo Seshee Bopape’s installation +/- 1791 (monument to the haitian revolution 1791) (2017) draws parallels between the political liberation of a land, spiritual liberation through revolt and the biological sustenance and sense of nurturing offered by the earth. 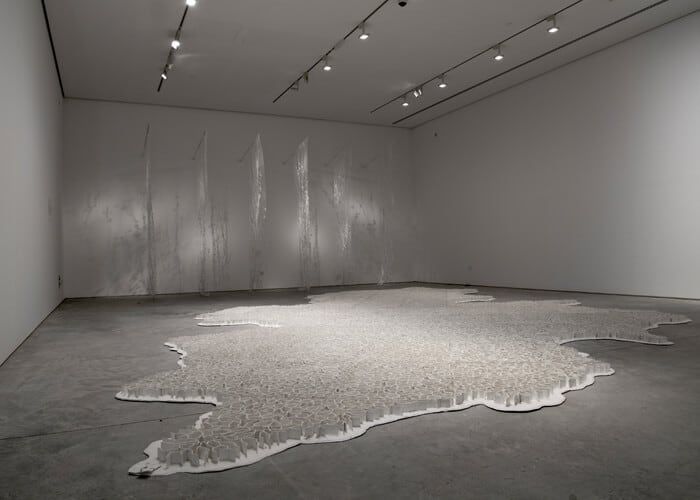 İnci Eviner has explored the perspective of women, processes of organisation and the formation of subjectivities for 40 years. In SB13, she presents two videos that reflect on art, politics and life. One of these works, Beuys Underground, is an SB13 commission (2017).

Uriel Orlow’s multi-component Theatrum Botanicum (2016) envisions the botanical world as both witness to and actor in the enduring legacy of colonialism in South Africa.

Ali Jabri was a critical chronicler of the everyday with a passion for archaeology and cultural heritage. His formative years coincided with the fertile period of Arab nationalism from the 1940s to the 1970s. SB13 pays homage to Jabri in a presentation focusing on his lesser-known collage works, including Untitled (1989–92) that allegorises the artist’s disenchantment with the modern Arab world. 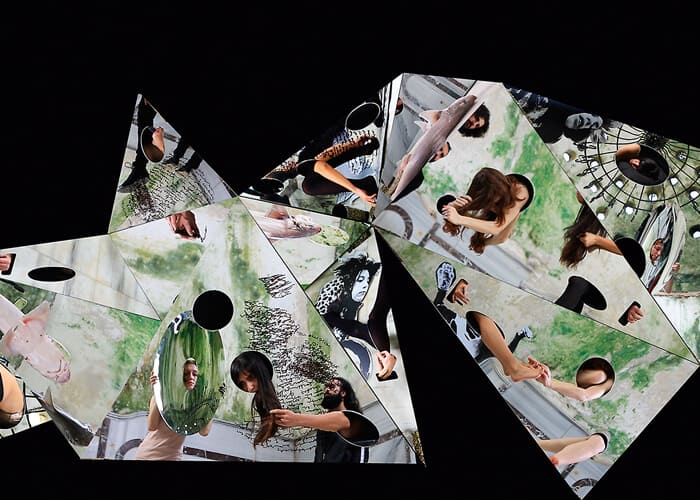 Inci Eviner, Off the Mirror, 2015. Video Still. Courtesy of the artist

Act I of SB13 opened with a public ceremony in the presence of HH Sheikh Dr Sultan Bin Mohammed Al Qasimi, Member of the UAE Federal Supreme Council and Ruler of Sharjah; Sheikha Hoor Al Qasimi, President and Director, Sharjah Art Foundation; and SB13 Curator, Christine Tohme. Between 10 and 14 March, an international gathering of artists, curators, museum directors, press and local audiences took excursions to the Biennial’s venues across the Emirate, including the new multi-purpose artist studios and exhibition spaces in Al Hamriyah. They also attended a series of special events, performances and film screenings, including SAF’s annual March Meeting, featuring presentations and panels.

About Sharjah Biennial:
Sharjah Biennial is organised by Sharjah Art Foundation, which brings a broad range of contemporary art and cultural programmes to the communities of Sharjah, the UAE and the region. Since 1993, Sharjah Biennial has commissioned, produced and presented large-scale public installations, performances and films, offering artists from the region and beyond an internationally recognised platform for exhibition and experimentation.