In this interview Silva sheds some light on the events history, the significance of this year’s theme, ‘Telling Time,’ the challenges that African photography face and the importance of the medium as a tool to help remember and redefine. 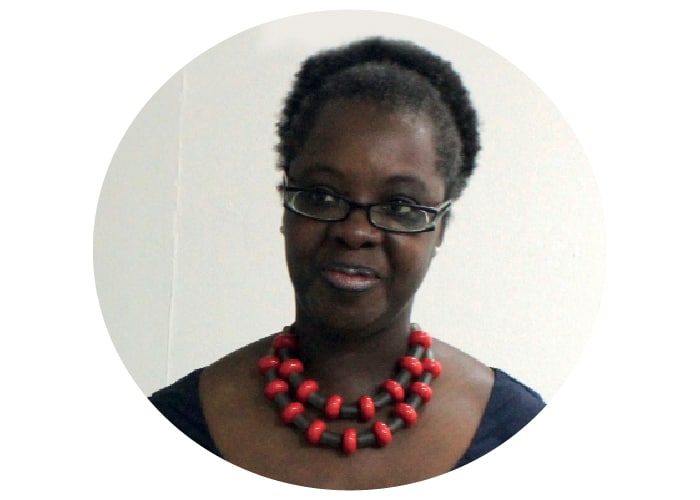 Snapped: Congratulations on your appointment as the Artistic Director for the 10th Bamako Encounters! Please can you tell our readers about the Biennale, its history and the extent to which it has grown over the years?

Bisi Silva: Thank you! The biennale is the first and principal international platform dedicated to African photography and lens-based media on the continent. Founded in 1994, the Bamako Encounters aims to promote and assess photography-based practices from local and international perspectives, operating as a platform for presenting artwork and cultivating professional relationships among artists, curators, art historians, collectors, and the public more broadly.

Over the past twenty years it has grown not only in size but also in the diversity of photographic practices that it presents.

This year’s Biennale has received an overwhelming amount of applicants. Do you think this indicates a growing appreciation of photography in and from Africa?

As the longest running and the largest platform for photography on the continent it highlights the importance attached by everyone to the biennale. As we are aware, the four year gap was due to the threat to sovereignty of the Malian territory in 2012, which constituted a set back on all fronts. That the government of Mali considers culture an important component in the renewal of the country is commendable. 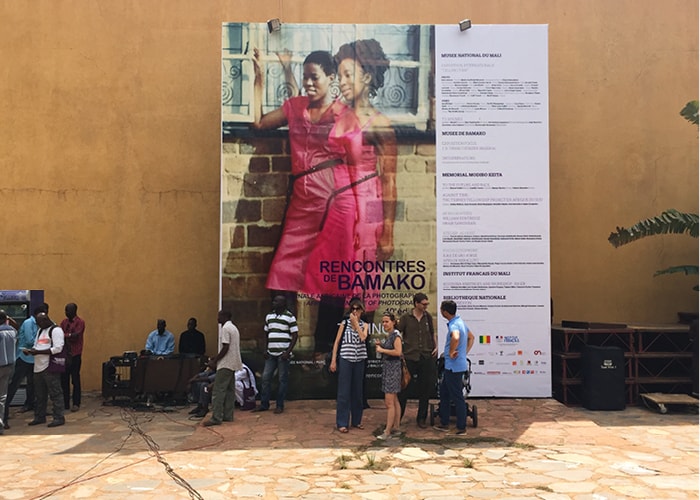 How would you say the Biennale contributes to the growth of photography on the continent and its subsequent reception abroad?

The Bamako Encounters has played an important role in connecting photographers across the continent but also internationally. When it started, there were few if any platforms where practitioners on the continent could meet and share information. For example, as part of my curatorial research trips, I visited the great Lakes region, specifically Burundi, Rwanda and Uganda. I was curious to ascertain what was happening over there. There are a few photographers and artists but the art scenes are really at the embryonic stage as well as working in isolation. It was therefore important to be able to meet people and introduce them to the Bamako Biennale where it seems few people had heard about the event. Engaging such under-represented regions is an important objective of the biennale. I hope in years to come those countries will become more active members of the Bamako Encounters programme and network.

Over the last fifteen or so years that I have been coming to Bamako I have seen the networks that have developed and have been inspired by Bamako and other festivals such as Addis FotoFestival, Picha and other small groups, individuals and initiatives. Many artists have also gone onto international fame as a result of their participation in the Encounters.

Can you tell us more about the overall theme for this year’s Biennale, ‘Telling Time,’ and the curatorial approach behind it?

Through the focus on time, I wanted artists to engage with the myriad of events that were happening; the events in Mali, the revolution in Burkina Faso, the devastating Ebola crisis as well as events happening across the world, such as the Black Lives Matter in the USA and the protests in Brazil. These discourses are also appropriate within the Mali context and tradition of orality – passing on stories from one generation to the other to bring the tradition of storytelling into the framework but also make it open enough to encourage a diversity of perspectives.

Instead of selecting works from the over eight hundred applications that we received to simply fit into a narrow thematic, we were able to discern sub-themes that artists were engaging with.  These included artists that were dealing with the past and in whose work the archival took prominent place.  Another important sub-theme was architecture and how you can narrate the history of a city – past or present – through the built environment. There were also works that dealt with recent events, including the aforementioned crisis in Mali and Burkino Faso.  We would have liked more propositions on the future and whilst we did receive a sci-fi video work it also gave us an opportunity to explore lens-based practice that engaged this theme more closely, resulting in the thematic exhibition ‘To the Future and Back’ which presents alternative realities from an African perspective through photography, video and film.

To summarise, the sub-themes we built the exhibitions around include temporality, memory and history through personal and collective narratives. 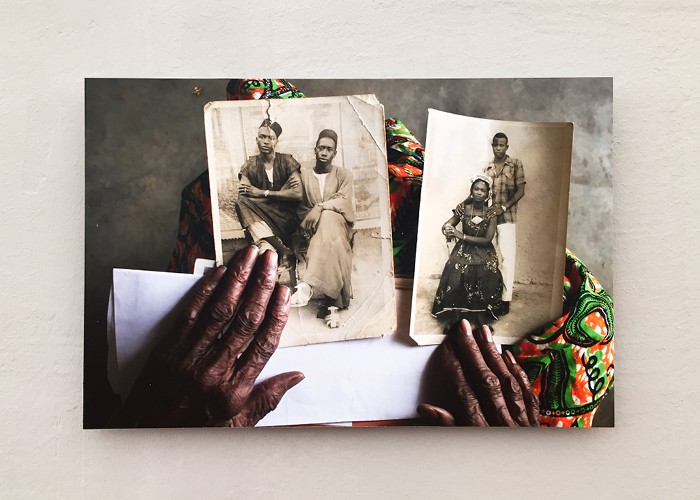 Working as both an independent curator and the founder of The Contemporary Centre for Art (CCA), Lagos, you must have very good insight into where contemporary African photography is headed. Can you elaborate on this? What are some of the major challenges facing African photographers today?

Over the past decade more and more photographers are showing their work across Africa and the world. There are some very strong and interesting works out there. However, I believe we still have a long way to go and real growth is not as visible. This is due to the lack of infrastructure and education. There are few if any formal studies in photography – the history or the practice – outside of South Africa, putting many people at a disadvantage. If today’s current effervescence could be complemented by a solid education it will be half the problem solved. I have seen too many photographers who get stuck after a few years, unable to take their work to the next level just because they don’t have the know-how.

There are many initiatives that are being developed to fill in the deficit, but we need government and financial support. I don’t think it is fair that only Fine Arts are available at tertiary level in most countries.

You’ve been quoted saying that you “plan to develop a robust programme that highlights local practices, and situates them within continental and global contexts.”  How do you extend the reach of the Bamako Biennale to ensure global viewership and participation?

I think there is a misunderstanding, because my goal is to build local participation. For most of its history the biennale has focused internationally. What are the possibilities of turning that around by making it a local event that is internationally recognised?

Consequently building momentum and inclusiveness locally is a major goal of this biennale. To this end we are beginning with a major programme under the ‘Focus Mali’ umbrella. This includes the exhibition ‘(Re)generations’, an examination of the biennale’s twenty year history through a presentation of archival material and objects; ’En Connexion’ by the Malian curator Chab Toure, which presents a new generation of Malian photographers and ‘Mali Jaw,’ a project with 10 local photography studios presenting their archives within their immediate communities and an ambitious pedagogy programme targeting up to one hundred schools across Bamako. These are important efforts to make the local population an active participant in this important international event.

What are the Biennale’s biggest challenges for the future?

Localisation and education. Can the Bamako Encounters become a major event that is anchored locally but has international remit in the future? I believe so. I don’t know to what extent that is shared but my complete belief is that when that begins to happen then the infrastructures that are inexistent or weak within the country can be nurtured and grow programmatically, curatorially, artistically as well as intellectually, producing a diversity of photographic practices and knowledge that emanates from the country as well as from the region.  I believe these are the challenges but they are exciting ones. 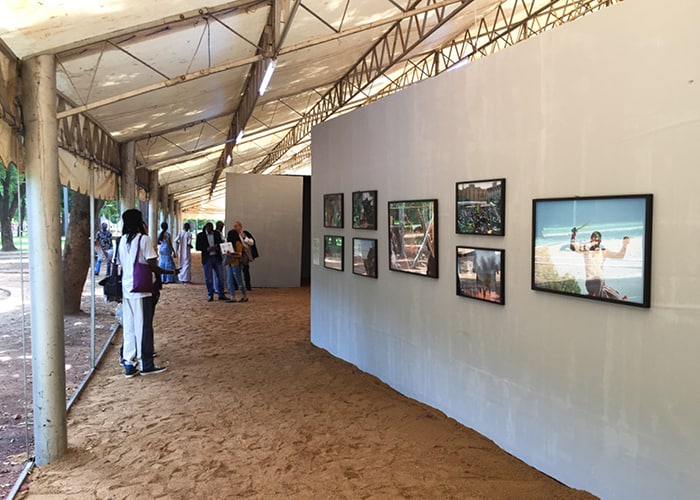 Bisi Silva is the Artistic Director of the 10th Bamako Encounters: African Biennale of Photography. She is also an independent curator and the founder/director of Centre for Contemporary Art, Lagos, where she has curated several key local and international exhibitions including the pan-Africa art programme Asiko. She has also been co-curator for the 2nd Thessaloniki Biennale of Contemporary Art, Greece, ‘Praxis:Art in Times of Uncertainty’ September 2009 and the Dakar Biennale in Senegal in 2006. She was a member of the international jury for the 55th Venice Biennale (June 2013) in which the Angola Pavillion won a Golden Lion.