ART AFRICA‘s sister publication Snapped spoke to the outgoing head of the Market Photo Workshop, John Fleetwood, about the Tierney Fellowship, their involvement at the 10th Bamako Encounters: African Biennale of Photography and the role of the festival as a platform for African photography. 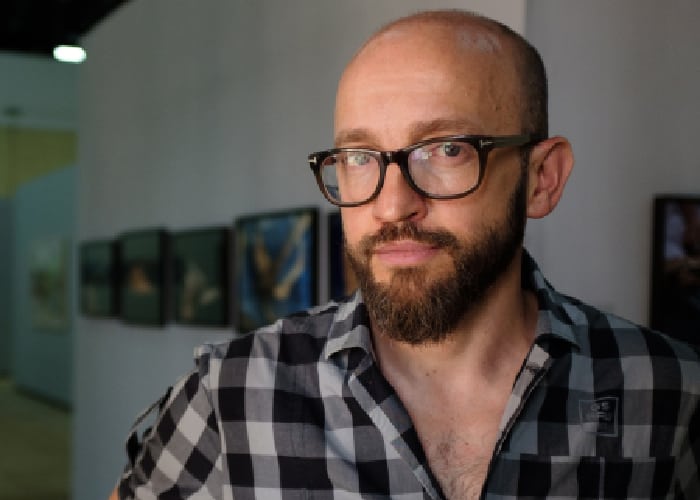 Snapped: How has the Tierney Fellowship developed over the years and what have some of the biggest positive impacts been?

John Fleetwood: The Tierney Fellowship was created in 2003 to identify emerging photographers and create a platform for their careers. Initially, Tierney fellows were selected from prestigious United States East Coast art schools such as Bard College, Yale University School of Arts, the International Centre of Photography, New York University, Tisch School of the Arts and Parsons the New School for Design and School of Visual Arts. This was then rolled out to include prominent art schools and universities in South Africa, Mexico, China and India.

The idea is that Fellows have a reference of other emerging photographers with whom they can create networks, share ideas and similar interests, whilst being part of a global photography network. Over the last few years The Tierney Fellowship has decided to work only in the USA and South Africa.

The Tierney Fellowship opened its borders up to South Africa for the first time in 2008 by partnering with Market Photo Workshop, WITS School of Arts and the Michaelis School of Fine Art. How did your partnership with the foundation come about and what kinds of other organisations do they work with?

Matthew Tierney contacted the three institutions in South Africa independently. We were interested in the transfer of ideas between these establishments and how this could benefit the Fellows. Each of the institutions has defined approaches and strengths. By having shared critique sessions twice a year, mentors, fellows and invited practitioners come together to share and develop a discourse that would otherwise be lacking. In these critique sessions Fellows have the opportunity to gain feedback from a diversity of thinkers — not just photographers, but from a wide range of experts from various fields. 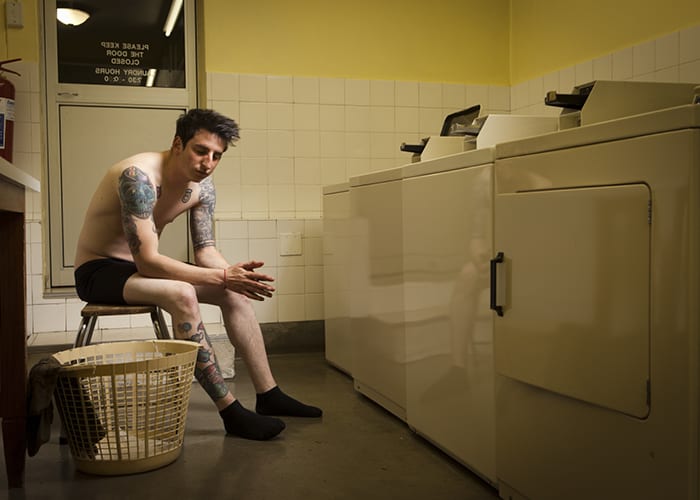 What are some of the challenges faced by young photographers in Africa and how does the Tierney Fellowship help them to overcome these obstacles?

I think there are different challenges for different countries on the continent.  The biggest challenge for photographers from all over the world, particularly in Africa is that it lacks industry to sustain a growing number of photographers. Often it is claimed that the international image economy opened up for all photographers with digital imaging platforms, but instead these economies hold exclusive cultures of sharing and seeing that continue to exclude.

Generally there is a lack of expertise in positioning yourself as an emerging photographer — how to position, edition and price your work, how to find gallery representation, how to further develop projects. The Tierney Fellowship exposes students to various experts that they can bounce ideas off, and at the same time get critical feedback about their work. The network of peers is probably the most valuable for an emerging photographer; as the photographer can speak to other photographers who experience the same challenges, share contacts and trends.

The Tierney Foundation focuses its effort on assisting photographers at the beginning phase of their careers. At what point does a photographer qualify as being established and does the Fellowship maintain any kind of ‘alumni’ in order for previous winners to give back to the Fellowship?

It’s hard to measure at what point a photographer becomes established, especially because the social and artistic value of photographers, or of their work, does not equate to shares in the industry. In my opinion, an established photographer is one who has over a period of time continued to deliver bodies of work that mark a particular way of seeing, a position towards subject. Good gallerists would be able to build collectors’ support and trust for an established photographer. It certainly means that the photographer must have produced at least two or more exhibitions or publications in a reasonable time. Alumni of the Fellowship are critical for new Fellows as they have been in the market and can guide newer photographers toward beneficial opportunities.

You proposed the Tierney Foundation Fellows Project as one of the themed exhibitions at this year’s 10th Bamako Encounters. What was your motivation behind the proposal and how important do you think Bamako Encounters is as a platform for photography in the context of the global art and photography markets?

The Tierney Fellowship in South Africa is the longest running fellowship in photography on the continent. Over the first seven years of the Tierney Fellowship it supported twenty-one important bodies of work in South Africa. These works mark the landscape of emerging South African photography. Bamako Encounters’ first edition was in 1994 − the same year that South Africa became a democracy. In this time photography has changed in form and how it is understood as a visual medium. It has moved from analogue to digital to mobile. As a platform, Bamako Encounters has bolstered interest in African photography. International investors and collectors keep a good eye on Bamako. 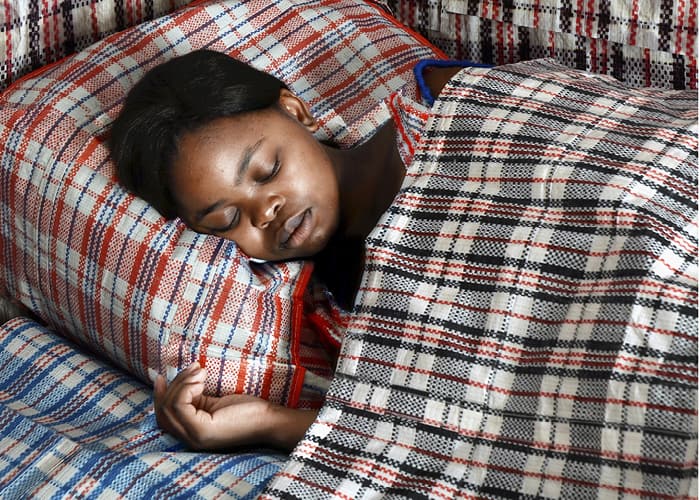 Tell us a little bit more about the ‘theme’ of the exhibition and about the artists on exhibition?

In line with the theme of the 10th Edition of the Bamako Encounters ‘Telling Time,’ we started to think about how the past keeps moving into the present, and often persists to be part of the future. These lingering pasts and desired futures have created spaces for new identities and new ways of seeing.

I think photography intrinsically deals with time, and struggles to define itself as part of the fragmented reality of the past that it wants to represent, or part of the new space that it holds in the present, recalling only a part of the past. In many ways this is what photographers are dealing with when they work – recalling fragments of history, while positioning it in the current understanding. The escalated change in technology and use of photos in the last decades are asking basic questions of photography again.

Socio-economic, political and cultural shifts toward and within urban and popular cultures; identities created from these popular cultures, globalisation and digital advances of cultural production and post-colonial re-readings of our cities and spaces are some of the transitions and transformations that often create anachronisms of time and space.

Many of the photographers were toddlers at the time of South Africa’s inception of democracy. For them the idea of the past is partly fictionalised as the stories of other people. They grew up with digital formats, and understand the role of photography as part of a popular culture as well as its politicised role during struggle photography. 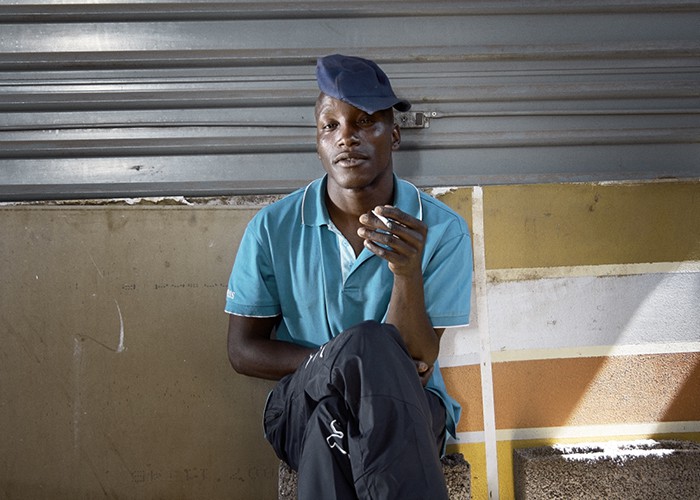 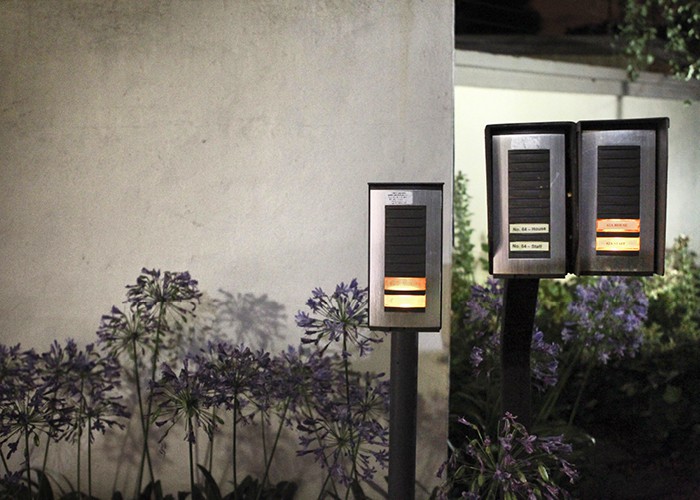 Mack Magagane, detail from the series ‘…in this city.’

John Fleetwood is the Director of PHOTO, a platform which engages African photography through learning and participation. Fleetwood is also the outgoing head of the Market Photo Workshop, a school, gallery and project space in Johannesburg, South Africa that work in partnership with the Tierney Foundation. The Tierney Foundation Fellows Project, ‘Against Time,’ is a special project proposed by Fleetwood to showcase the work of emerging South African photographers.