ART AFRICA‘s sister publication Snapped met up with Nigerian photographer Uche Okpa-Iroha at the 10th Bamako Encounters: African Biennale of Photography. Uche Okpa-Iroha has been an instrumental figure in the development of African photography and is a founding member of both the Invisible Borders: Trans-African Project and the Nlele Institute.

This interview also speaks to his body of work, The Plantation Boy (2012), which won the Seydou Keita prize at this year’s edition of Bamako Encounters, the first time that anybody has been awarded the prize twice in the festival’s history. 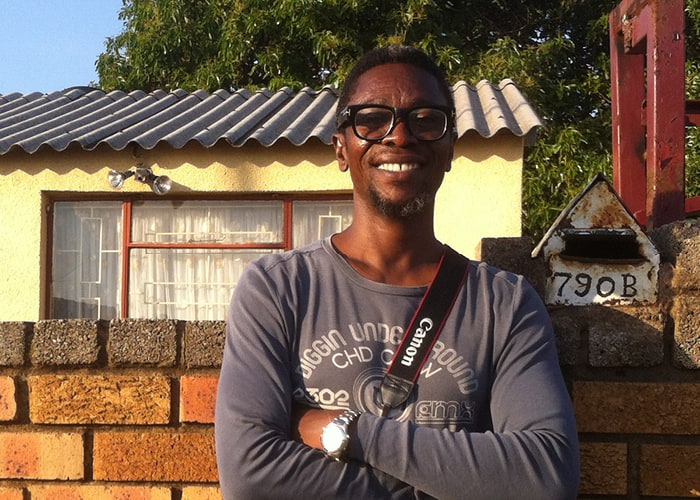 Snapped: Please could you tell our readers about your work and your artistic journey?

Uche Okpa-Iroha: I started off in 2006 after seeing an exhibition by the Nigerian photography collective known as Depth of Field (DOF) at the South London gallery in Peckham. It was one of the most significant decisions of my life – to be a photographer – and I have no regrets.

My focus is based on humanity. I like to report the essence of human conditions in pictures that inform and clarify the mind of the onlooker. I also do a lot of portraits in open spaces, placing my subjects in their habitual environment. Getting close, always trying to initiate some kind of dialogue. It’s like confronting and probing societal norms and vices to find a way to instigate or effect the desirable changes. With my work, I raise awareness with the public and policy makers on socio-economic and political issues. My photographs are like petitions presented to those who are in positions of authority to make changes that will positively affect the common man in Nigeria.

My current work questions stereotypes that surround African representation, highlighted in my work The Plantation Boy (2012).  This project appropriated cinematic narratives to question, subjectively, the representation of the “other” where it was originally omitted or not accepted.

In 2009 you won the Seydou Keita Prize for the best photographic creation at the 8th Bamako Encounters Biennale. What can you tell us about the role of the Biennale as a platform and what effect did the prize have on your work?

Photography festivals are increasingly popular across the continent.  The testimonies of the Bamako Encounters and the Dak’art biennale have paved the way for current manifestations as seen in the LagosPhoto festival, Addis Photo Festival, The Jo’Burg Photo Umbrella and the latest entrant, The Lagos OPEN RANGE.

These platforms serve to give artists visibility by bringing industry and media attention to their works. Both established and new festivals are becoming pivotal in the production, circulation and consumption of art in our continent — presenting multiple platforms for the promotion of artistic insight and reflection. These events are now evolving, becoming more eclectic, creative, radical and thought provoking.

The Seydou Keita Prize was a high point in my career and it challenged me to push boundaries and believe in myself. Being my first time at the biennale the award brought opportunities, expanding my network both within and without. 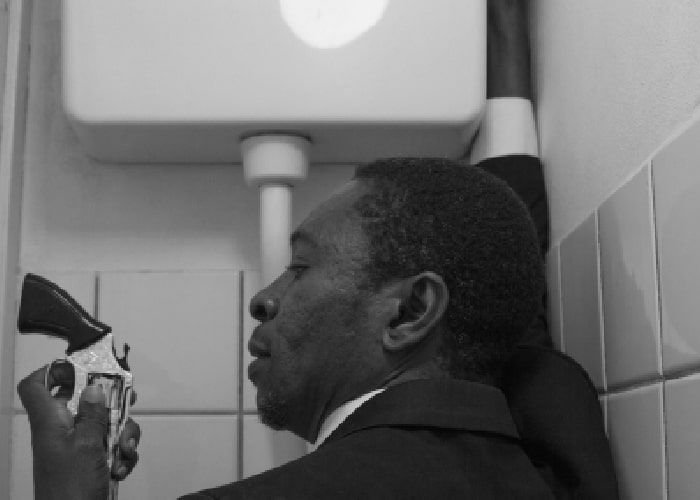 Uche Okpa-Iroha, from the series The Plantation Boy, 2012. All images courtesy of Bamako Encounters.

You’ve referred to your works before as  “interventions in the social, economic and political space” of your country, Nigeria. How do you contextualise these works in relation to Mali and the rest of the continent?

Manmade borders are an anathema to our economic, cultural and political development. Since the partitioning of Africa at the Berlin conference of 1884, we’ve never been the same. We have to take our fate into our own hands to re-address the situation. The political scenario in Nigeria and Mali is not new. The recent incident in Burkina Faso is a key example of the African situation; we have to find a new paradigm whereby we can potentiate the resources that we have. African countries should collaborate more to bring development that will place the continent on par with the rest of the world.

The bottlenecks in our borders should be addressed, the loopholes and archaic policies should be removed and more citizen/people-friendly laws should come into place. The problem of insecurity must have a permanent solution. There should be ease in movement, in trade and cooperation in the arts and culture to unite the continent for development.

What power does the medium of photography have (alongside newer forms of technology) in the face of political, economic and cultural uncertainty?

Political power or social control as exercised by governments, institutions and private individuals are accepted as endemic across geographic borders. Every institution has set rules that either govern or control people’s actions. As an artist who draws inspiration from the urban jungle of social interactions and everyday happenstance, people can feel shortchanged by those entrusted to administer public resources. We see this all over the world – in the Americas, in Europe, Asia, Middle East and Africa.  There will always be agitation for justice, equity and fairness for the mutual respect of individuals and diverse groups. The directness of photography touches these sensibilities and instigates questions from or by people when things that should go right don’t.

The world is becoming a village with the propagation of globalisation and the advent of new technologies that have ushered in this post human era, bringing with it a certain degree or measure of power and control. Whatever happens in Nigeria is heard across the globe and the same goes for other major cities across the world. Artists and activists have realised the immense power they can exercise through new media, lending their voices to different issues that affect humanity. Governments, institutions and individuals can no longer neglect humanity and get away with it. 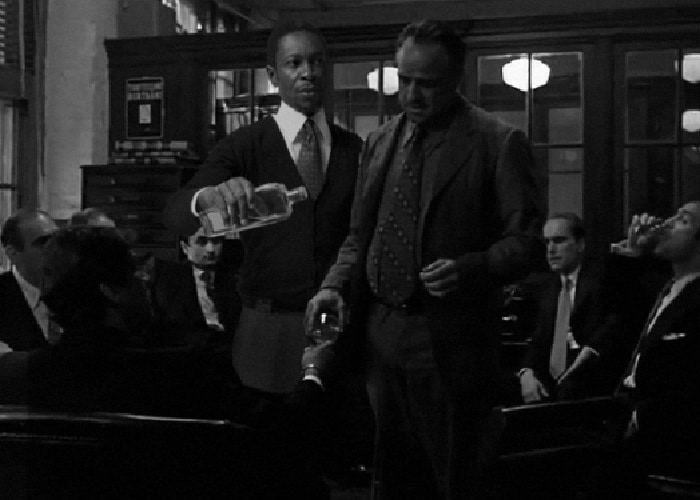 Uche Okpa-Iroha, detail from the series The Plantation Boy, 2012

Is it important to you that your work be viewed through the lens of activism?

It must not be through activism. Edgar Degas once said “Art is not what you see but what you make others see”. I touch on those issues that affect my existence, firstly as a human being, then as an African and as an artist. Whatever affects my neighbour also affects me. We have a peculiar situation in my country and we constantly look forward to good leadership and for things to work well. Ignorance is dangerous. To me, it’s a death sentence. If people don’t ask questions they cannot see what goes on around them. Perhaps they do not have the voice or medium to express their thoughts or positions; it is my obligation as a citizen and a photographer to make them see and, if possible, ask the relevant questions to get answers that can turn around their lives or situations. As a photographer I do that as a proxy, on their behalf and in a representative capacity.

You are a founding member of the photographic group known as Black Box. Please tell us about the initiative and the work that it is doing on the Nigerian photography scene?

Black Box started in 2006 after a workshop with the Berlin-based Nigerian photographer, Akinbode Akinbiyi. At the end of the month long programme, some of us decided to come together to work and critique each other on a monthly basis. At the time we did not have structured indigenous platforms that offered training and mentorship to emerging photographers. We decided to do it on our own and to work together as a team, exchanging individual ideas and knowledge. It gave the members the confidence to believe in their contributions and feel some degree of social and artistic connection with one another. Today some of the founding members of the Black Box collective are doing well, both locally and internationally. Photographers like Abraham Oghobase, Andrew Esiebo, Charles Okereke and Otuke Charles Ologeh are all doing well, offering mentorship advice and training through platforms like the Nlele Institute (www.tniacp.org.ng). 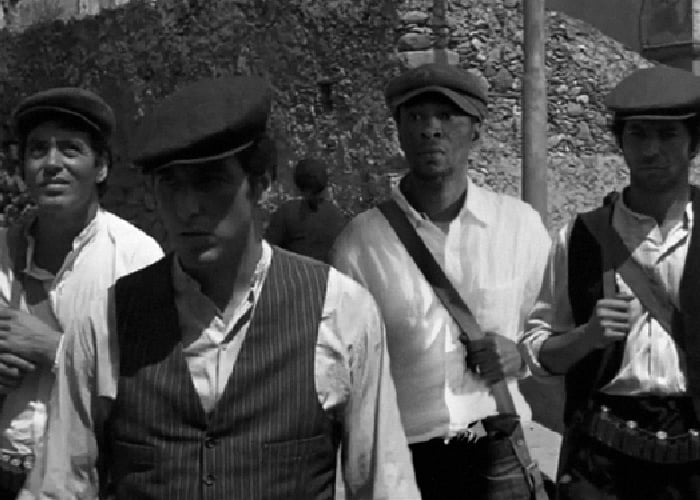 Uche Okpa-Iroha, detail from the series The Plantation Boy, 2012

Having exhibited your work in New York, Paris, Berlin and more recently at the 56th Venice Biennale, what are some of the major obstacles faced by events such as Bamako Encounters, considering the different audiences and support structures enjoyed abroad? What do you believe can be done to create sustainable platforms for artists in Mali and the rest of the continent?

Every biennale has its character and its audience.  My interest is that of the artist. As long as artists have the opportunity to showcase their work, then there is progress outside or immaterial of the politics inherent in the event’s administration. I’m saying this in a good light because it is really difficult to please everybody.  You have to look at the funding, logistics and context of the biennale and who fits in or not.

My belief has always been that we need more of these platforms to empower emerging artists. The Nlele Institute have just launched the Lagos OPEN RANGE to give opportunities to Nigerian photographers who ordinarily would not have the opportunity to be shown elsewhere. Truthfully, it is never enough. We have to fill gaps so that the art does not become stale in countries where we do not have these opportunities. Established structures and platforms like the Venice Biennale, Bamako Encounters and Lagos Photo Festival have limits and not every artist will get to exhibit there, so it’s good to proliferate biennales and festivals while ensuring the standard and quality of artwork on show.

Lastly, what exciting projects can Snapped expect from you in the future?

Well, expect some exciting projects from the Nlele Institute, the Lagos OPEN RANGE and FOTOPARTY LAGOS. That’s where all my time, energy and other resources are going now. I’m more involved with photographer’s training, education and development, with interest in projects that give them visibility and promotion.

I’m also working on personal projects and you will know when they are out there. 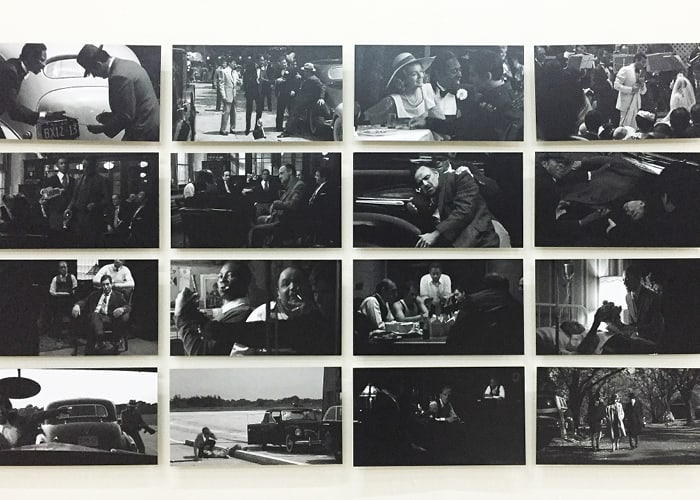 Uche Okpa-Iroha is a photographer based in Lagos, Nigeria and founding member of the Invisible Borders Trans African Project. In 2009 he won the Seydou Keita Priza for the best photographic creation at the 8th Bamako Encounters − a feat that has been repeated this year − making Uche Okpa-Iroha the first person in history to have won the award twice. He is also a founding member of the photographic group Black Box and the Nlele Institute.