Snapshots Straight from 1:54 in London

in News Articles 2013
Share on facebook
Share on twitter
Share on email
Share on whatsapp
ARTsouthAFRICA is in London at 1:54! Taking its name from the 54 countries on the continent, the 1:54 Contemporary Art Fair returns for the second time as a leading platform for artists, galleries, curators, independent art centres and institutions dedicated to promoting African and Africa related art practices and projects. 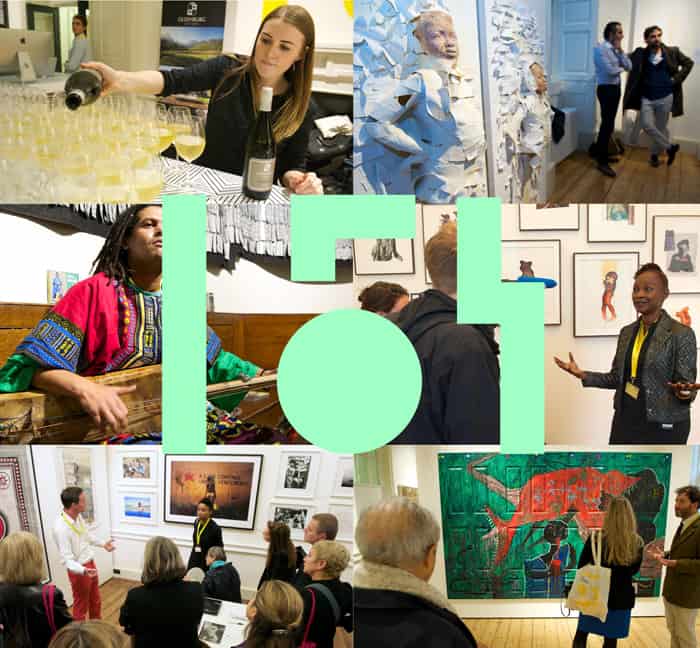 ABOVE: Images courtesy of 1-54, taken by Sébastien Gracco de Lay

Founders and editors-in-chief of ARTsouthAFRICA, Brendon and Suzette Bell-Roberts, are reporting back from the Fair, and had this to say about the opening event, “The opening party at 1:54 Contemporary African Art Fair in London was a much anticipated affair and even the London drizzle didn’t keep the crowds away. The noise levels were superseded only by the animated enthusiasm of the audience. In attendance were many of the artists whose works are represented by participating galleries at the fair. Art greats like Yinka Shonibare (who returned our enthusiastic greeting with quiet charm) were rubbing shoulders with art collectors and enthusiasts. Touria El Glaoui, the founder and powerhouse behind the 1:54 Contemporary African Art Fair looked elegant in her cocktail party attire. She didn’t show any hint of the frenzied morning she’d had, preparing for the opening of this prestigious event. Chris Dercon, director of the Tate Modern, cast his meticulous gaze over the art on display, critically absorbing the images for consideration for future projects.”

“Peter Adjaye , brother of architect David, spun music with influences of Africa which soon had audiences wiggling their hips and dancing. One London gallerist was heard to say that only at an African art fair would the guests let their hair down and dance to the intoxicating sounds of Africa! The South African wine was quaffed with much enthusiasm and appreciation, the thirsty crowd made short work of consuming the drinks. Most galleries reported rapid sales and much interest in the work on display. Here’s to the next three days and a couple of rays of ‘African sunshine’”.

Straight from London, below are some images from the opening, as well as some of the artwork on display. 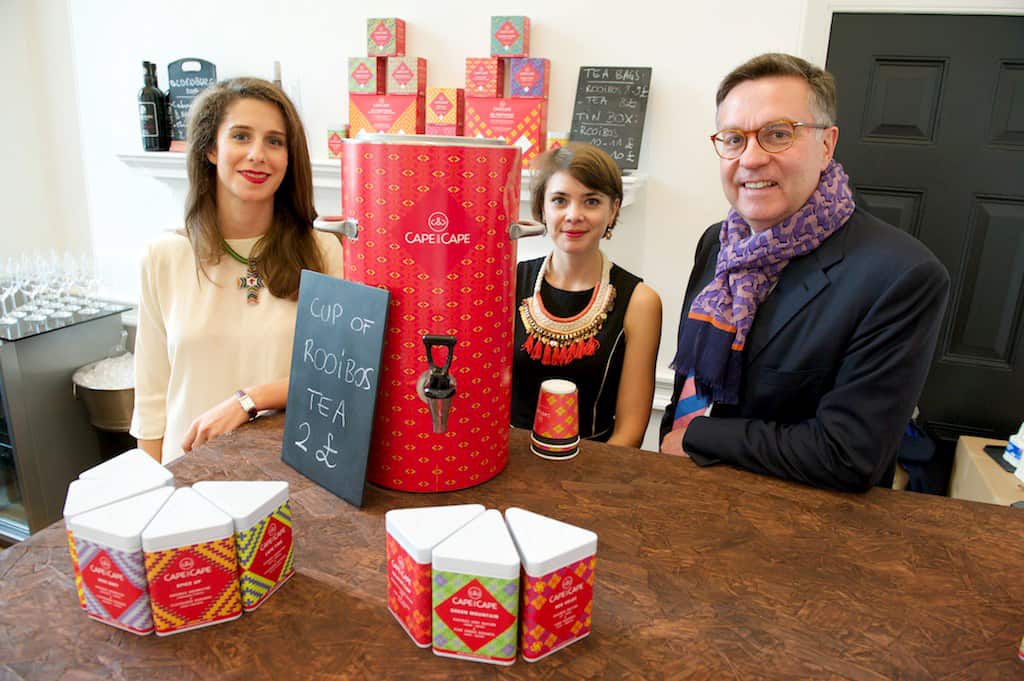 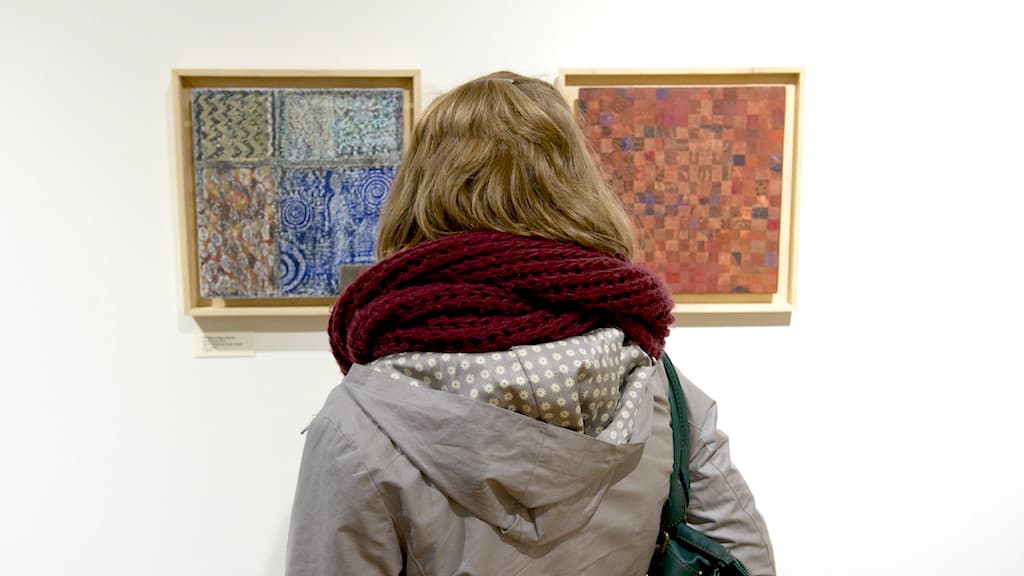 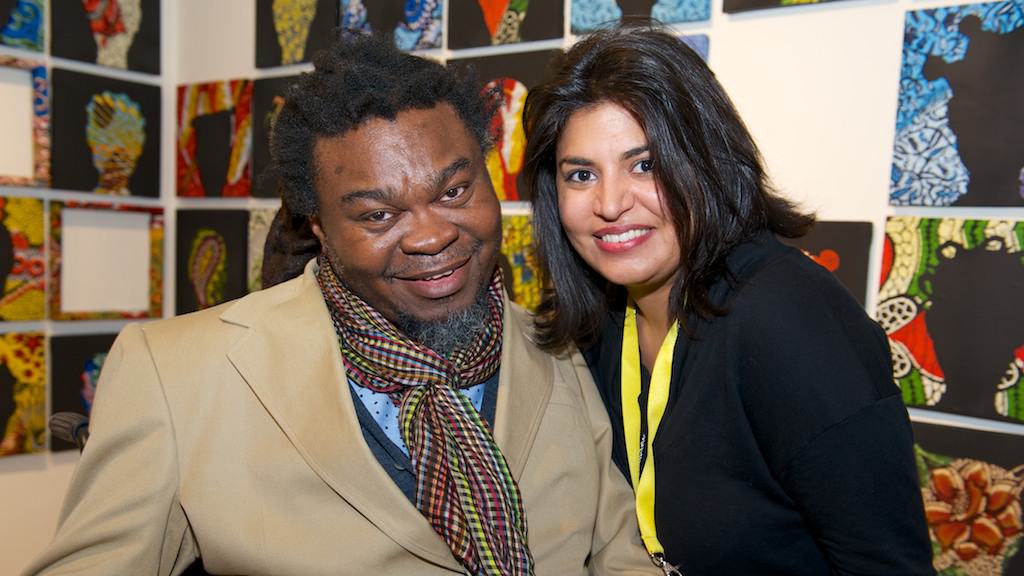 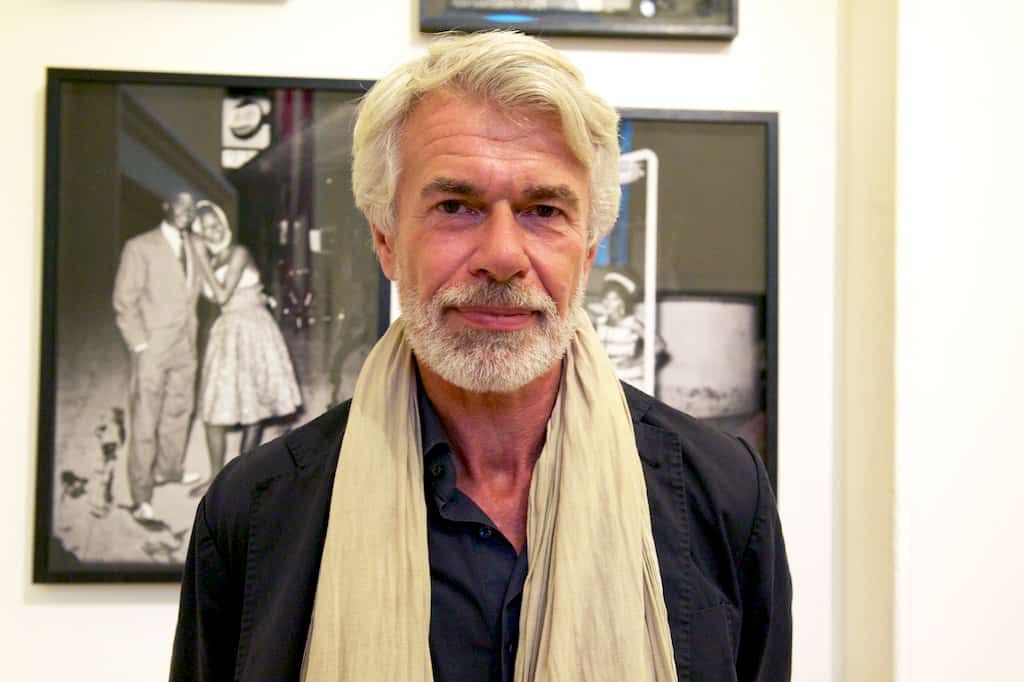 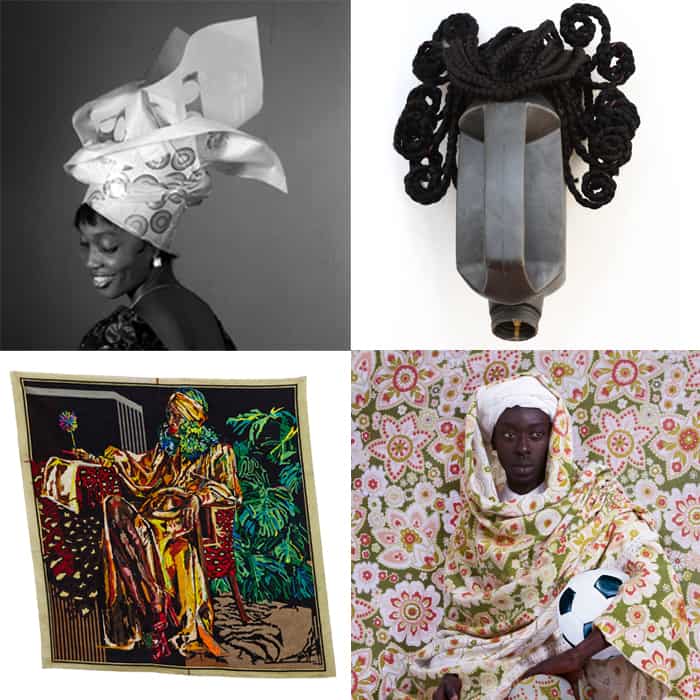