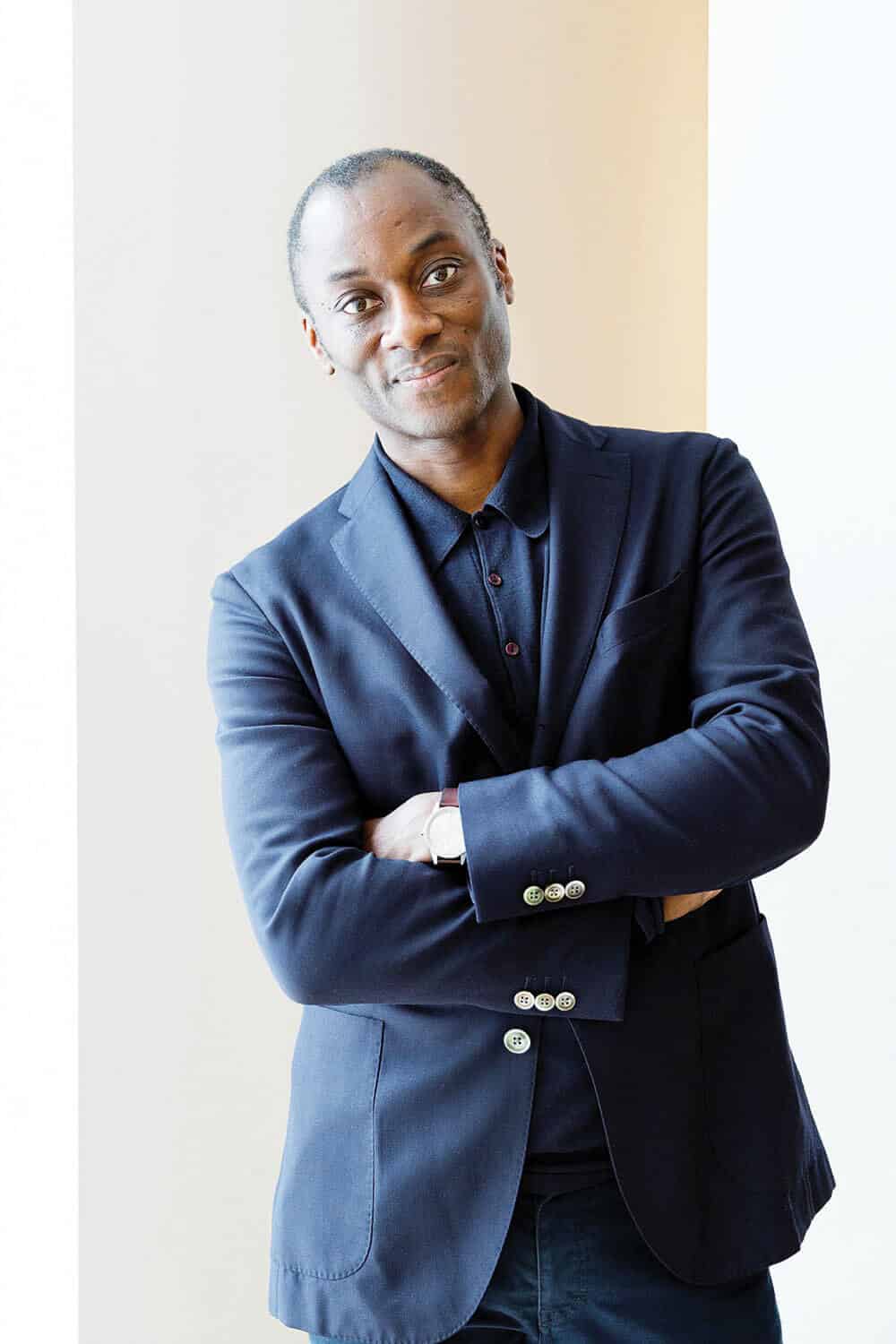 The earliest nightmare I can remember occurred when I was eight. I was walking along a deserted jetty that stretched way out into the sea. A cold wind stirred the waves and sent them slapping against the wooden planks of the structure. Saltwater flecked my face. The jetty was old and rotting and the further out I went the more dilapidated it became. There was nothing secure to hold on to. In the gaps between its planks I spied the choppy water. The sight terrified me.

I was sure that at any moment the boards might split and send me plunging into the sea. I was too scared to keep walking yet I couldn’t find the courage to go back. The jetty swayed as the wind blew. I felt completely exposed.

I can still picture that jetty today, and with it comes the same sense of vulnerability that I experienced then. It’s only in looking back that I see how closely the mood of the dream matched the way I so often felt as a child.

I grew up in Queensbury, a quiet, 1930s suburb on the northern tip of what is now the Jubilee Line. It was the 1970s and in the latter years of the decade the haberdasher’s and the bakery on the high street had given way to Asian sweet shops. The cubes of vivid pink and yellow confectioneries stacked in the windows pointed to the area’s changing complexion. A continent away, Idi Amin was expelling the Asians of Uganda. Some of them had resettled in places like Queensbury. Their arrival meant a few more Asian kids at my primary school. Not that it made much difference. My class was still almost entirely white. Aged eight, I was still the only black kid.

Mostly I didn’t feel any distance between me and my best friends. Greg had affectionate, generous parents I secretly wished were mine. We acted out each Wednesday’s Six Million Dollar Man episode the next day and got excited about the arrival of Ossie Ardiles and Ricky Villa at Spurs from Argentina after the 1978 World Cup. And when I was with my friends, I felt good.

There were also times I hated them. I remember them laughing along when someone made a joke about my “rubber lips” and how you could always find me in a dark room by the whites of my eyes. I recall Spencer Wicks, who was nine and in the year above me, telling me to go back home, back to the jungle. And Alan Taylor, who put his arm around my shoulder and explained that Enoch was right: you lot just can’t help making trouble.

I remember their anthropological fascination with the colour of my skin and the texture of my hair; the kids stretching their arms out next to mine in the summer to compare tans, as they put it. In fact, their colour fascinated me as much as mine did them. White seemed such an inadequate description for the mottled flesh that could flush to ruby with excitement, skin so pale that sometimes you could see the veins through it, alternately red and blue, pulsing beneath the surface.

My racist friends. I loved them. I also envied the freedom their colour bestowed. Whiteness meant a lack of self-consciousness. No one pointed or laughed or sneered. No one made monkey noises or mimed the throwing of spears. It meant you could lose yourself in a game of war or British Bulldog in the playground without being yanked from fantasy by a shout of “wog!” or “Kunta Kinte.”

How normal, how everyday, the hostility around me felt. On TV, Jim Davidson cracked racist gags about Chalky White, his doltish, fictional black friend. Black footballers ran on to the pitch to monkey chants from their own supporters.

My desk in school had the interlocked NF logo of the National Front scratched into the wood with a compass. A gang of six skinheads hung about outside the Chinese chip shop across the road from school. They’d left at 15 but still remained prominent figures for us. That was how we’d end up if we didn’t stop mucking about and get down to work, our teachers warned us. The skinheads wore cherry-red, 16-hole Dr Martens and bleached jeans and I found them fantastically intimidating. Although they were too caught up in play-fighting and throwing chips at each other to notice me, I avoided crossing over to their side of the road. Their presence felt like a warning against presuming that I could ever fit in properly among the people I’d grown up with.

At home I watched Spider-Man and His Amazing Friends with my brother and sister, just the three of us in the house before our parents came home from work. No one mentioned the threat of being beaten up or the mortification of getting teased for having an African name. The hurt we carried didn’t always express itself in words. 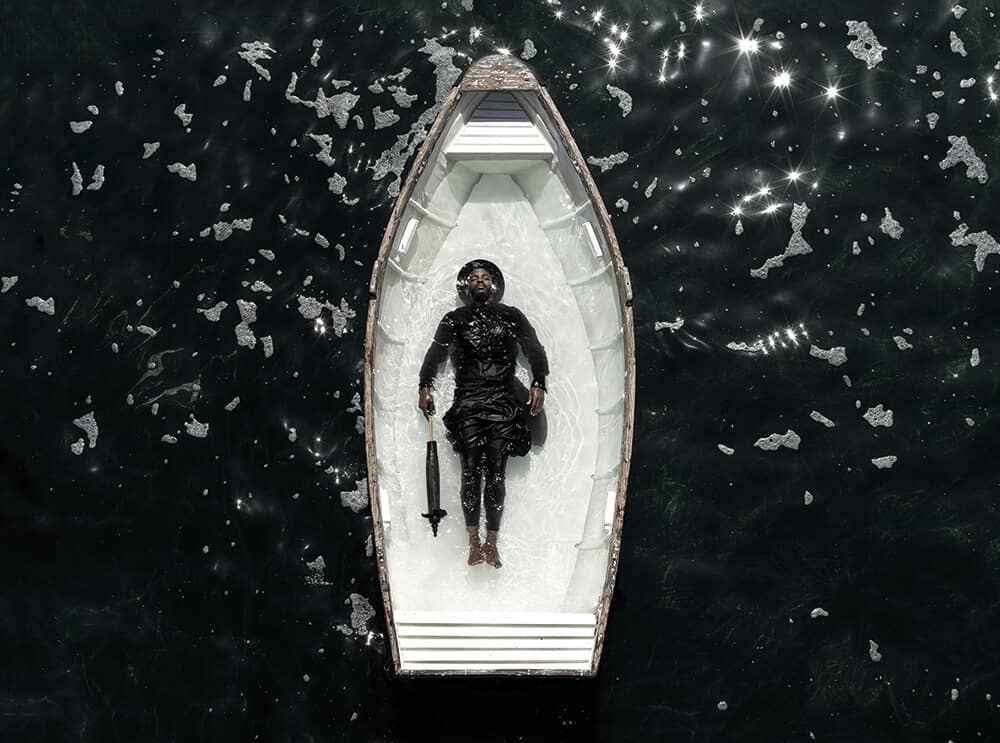 Home from school one afternoon, aged nine, I stood in front of the bathroom mirror. I had a Brillo pad in my hand and I started to scrub my face. My forehead reddened. The wire fibres of the pad tugged at my skin. It stung terribly but I continued. The skin began to tear and little beads of blood prickled their way to the surface. I went at it harder, until my forehead was grazed and red and raw to the touch. It was soon too painful to continue. But I also knew there was no point in carrying on. I wanted to scrub the blackness off my face. But I couldn’t erase what I saw in the mirror.

I often felt unbearably visible. That sensation became all the more acute as I grew older and saw my body become an object of apprehension and hostility. I remember sitting beside my dad in the front seats of our car when I was 16. We had parked outside the Express Dairy in Edgware while we waited to pick up my sister, who had been visiting a friend, from the bus stop. The engine was off. We were engrossed in weighing the merits of Capricorn One, a conspiracy thriller about a faked Nasa landing on Mars that we’d both enjoyed on TV. There was a rap on the side window. My dad, seeing a policeman, rolled it down and the officer leaned into the car. What were we doing in the car? he asked. Someone from inside the dairy had called the station to say there were two suspicious men outside. Who were we? Why were we waiting outside the dairy? He was formal but polite and as we drove off my dad chuckled to himself at the idea that anyone could think of us, a middle-aged man and his son in a Volvo estate, as a possible threat.

I laughed too. It only occurred to me much later that, for the person who had telephoned the police, the presence of two black men nearby was no joke. I was a teenager but I was still used to thinking of myself as a kid, not a grownup. That episode was the first time I recognised that others didn’t see me that way.

After that I noticed how women held their handbags closer when I sat beside them on the tube. I got used to security guards trailing me around a store; to the scrutiny of shopkeepers as I wandered the narrow aisles of a corner shop. My presence signalled threat.

When I was 18 I left home for university. I was studying politics at the LSE. My siblings had already moved out and my parents decided that once I’d gone, they’d also leave. They relocated to Northampton, where they could get a bigger house with a smaller mortgage. After their departure there was no reason for me to go back to Queensbury. I still had friends there but once I’d left I couldn’t face seeing them, or Queensbury, again. It wasn’t just that I wanted to put the people and the place behind me. My aim was a larger, more final one of eradicating the memory of those years of shame. Photos, records, old exercise books, any memento of my childhood had to go. I gathered everything I could find, dumped it into a black bin bag and left it out with the rubbish. I would refuse to look back. In this way, I’d be free to be myself for the first time ever. That’s what I told myself. And I think at the time I really believed it.