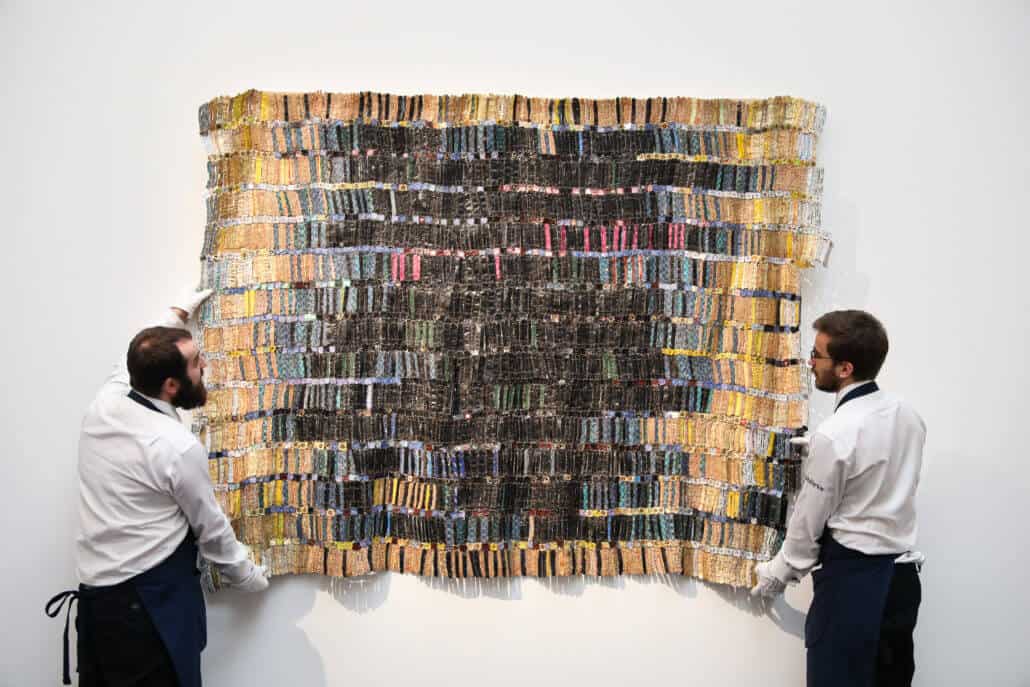 The Warrior, a painting by Senegalese artist Papa Ibra Tall, which was purchased by jazz legend Duke Ellington in Dakar in 1966 at the World Festival of Negro Arts, was hotly contested by multiple bidders who drove the final sale price to £118,750 / $156,631, almost fifteen times its pre-sale estimate (£8,000-12,000) and setting an auction record for the artist.

Hannah O’Leary, Sotheby’s Head of Modern and Contemporary African Art, said: “We saw international interest from both private collectors and institutions for good quality works from across the continent. There was an immense amount of pre-sale enthusiasm for Senegalese artist Papa Ibra Tall’s ‘The Warrior’, once owned by jazz legend Duke Ellington, and on the day of the auction this was reflected in the saleroom with an intense bidding battle and an extraordinary price. Overall, it was particularly satisfying to such a broad range of artists achieving top prices.”

Making a rare appearance at auction, A South African Colouring Book by Gavin Jantjes made £77,500 / $102,222 (est. £40,000-60,000). Comprising twelve silkscreen prints, this radical work dared to address the issues of apartheid through a direct criticism of the status quo and was banned in South Africa. Numbered 20 of an edition of 20, with others held in several institutional collections including the Victoria and Albert Museum (London), Tate Gallery (London), the Baltimore Museum of Art (Maryland) and the South African National Gallery (Cape Town), this copy of the artist’s best known work established an auction record for Jantjes.

Two works by Cameroonian artist Pascale Marthine Tayou, on offer from the Guy & Myriam Ullens Foundation, broke Tayou’s previous auction record twice over, when Charcoal U and Lampedusa sold for £75,000 /$98,925 and £68,750 / $90,681 respectively.

A strong selection of works by Ethiopian artists performed well, with all but one of the seven lots finding buyers. The group was led by Alexander Skunder Boghossian‘s Crossroads, which fetched £50,000 / $65,950, an auction record for the artist.

First appearances at auction for: