South Africa’s first International Public Art Festival (IPAF), to be held in Cape Town from February 10-20, will bring art and art lovers out of the galleries and on to the streets like never before. 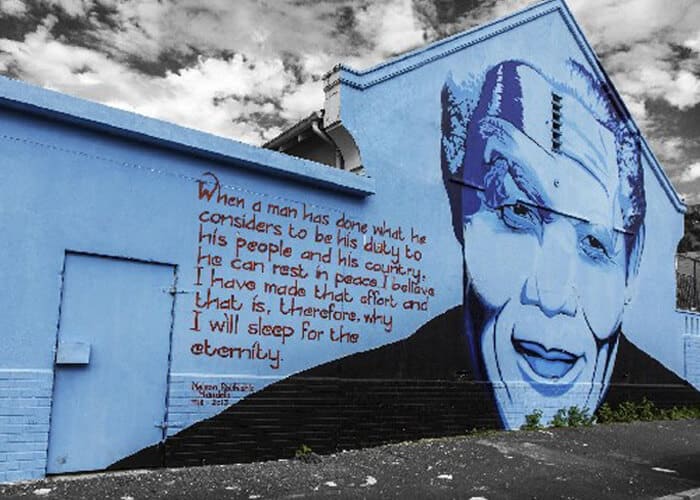 Art translates across all boundaries and requires no common language, class or religion.

Public art often gives a voice to the voiceless, it can be an outlet to tell others about their pain and struggles as well as their joy and celebrations.

With the power to bring together individuals from all walks of life and unite them around something about which everyone can feel pride, satisfaction and joy, here comes South Africa’s first International Public Art Festival (IPAF).

IPAF is just one part of the mission of newly set up NPO Baz-Art to use art to brighten people’s lives in every way. The project goes beyond showcasing existing work to creating new work, making neighbourhoods more beautiful and safer, teaching children how to be creative and stimulating new businesses and creating jobs.

In a nutshell the aim is to harness the power and creativity of art to improve people’s lives.

The 10-day festival – which will be dedicated to teaching, creating and showcasing public art – will be the launchpad for various long-term projects. Children will be given art classes, neighbourhoods will be cleaned up and enhanced by large, well-maintained murals, unemployed people will be given training and opportunities and entrepreneurs will be supported as they set up spin-off businesses such as food stalls or galleries.

Baz-Art is the love child, so to speak, of inspiration and relationships that developed around another business. During the process of creating, marketing and selling a craft beer, the founders of Baz-Art say, their eyes were opened to the power of art.

The founders, Alexandre Tilmans and Sebastien Charrieras, decided to throw the combined force of their skills, experience and passion into a project designed to uplift artists while transforming the communities around them and helping South African public art claim its rightful position in the global art world.

Graffiti, street art and contemporary urban art festivals are blossoming around the world. Whether they see its roots in the San Bushmen’s ancient rock art or the powerful and passionate anti-apartheid graffiti of the eighties most people agree that public art’s time is NOW.

Cape Town is alive with festivals and fairs and the whole art world is abuzz about the imminent opening of the Zeitz Museum of Contemporary Art Africa (MOCAA). Everywhere one turns there is public art, even in Cape Town where a municipal by law declares graffiti an illegal act. 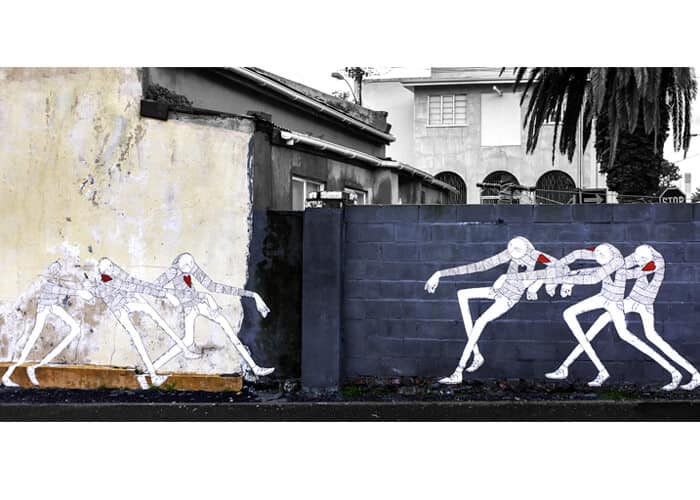 The Abstract Cause (Woodstock). ©Know Hope

There is no shortage of talent, and local and global interest is piqued, yet there is no unifying international event that expresses and showcases the rich history, creativity, skills, diversity and style of South Africa’s public artists.

The festival is designed with three goals in mind:
To position Cape Town as a global hub in the art world.
To showcase, both locally and internationally, the work of South African artists including artwork created under the collaboration between Baz-Art and communities throughout the year.
To uplift communities and make their neighbourhoods more beautiful, happier, safer and more inspiring places to live.

An initial budget of R3 million rand has been created for the festival, which will be a celebration and a launchpad for various future projects that will ensure that public art has a respected place in the art world and in society in general.

The inaugural festival is timed to fall between two respected art events, the Cape Town Art Fair and That Art Fair. Attendees and artists from both events will be encouraged to participate in IPAF, which will offer different art and inspiration from what is on offer at the more traditional art events.

Baz-Art has the support of the local communities and authorities and a list that reads like a Who’s Who of the South African public art world have already expressed an interest in being involved. Just a few of the names so far: Mak1one, Mr Migo, Zola and Mohamed “Mo” Hassan.

The inaugural festival will be focused on the district of Salt River, one of the communities where Baz-Art is developing educational and economic activities to encourage inclusive community building and respect for the arts.

Each contributing artist will be given a space in Salt River to decorate as they choose. The murals will beautify the area, adding to Salt River’s unique character, and bring pride to individuals behind the stories and those depicted in them.

A number of other activities are planned for the festival. There will be live painting by street artists, music, tattooing, face painting and street food. The festival will also be the launchpad of a programme of street tours. Local people will be trained to take guided tours of the neighbourhood focusing on public art.

A second key part of Baz-Art’s work, to be officially launched during IPAF2017, is art classes for schoolchildren. An initial budget of R1.2 million has been earmarked to pay for weekly art classes at the first group of eight schools.

Art can help redirect children’s energy and emotional development in many positive ways. It can set them on a path to positivity and self-fulfilment as creative and inventive individuals, yet very often it is not available to children.

Local artists will give classes and the cost of materials will be covered by funders. 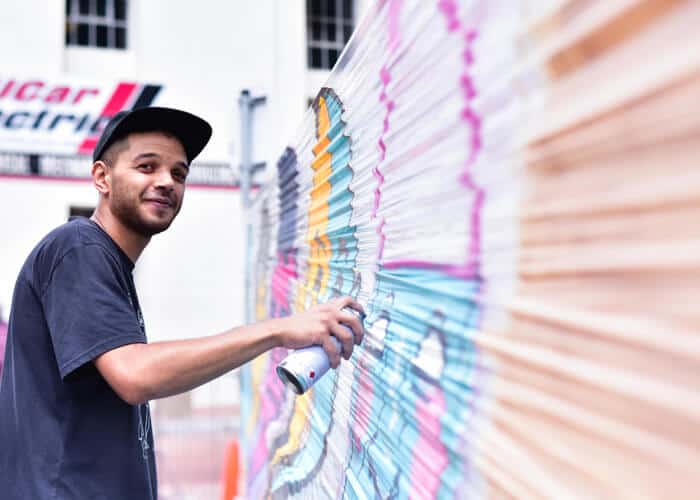 Beyond education Baz-Art will initiate a number of other plans and partnerships to utilise public art to enhance areas through visual and moral upliftment, as well as creating direct employment and income.

Working with communities, schools, businesses and a wide variety of other organisations, Baz-Art aims to help create an environment where art is used to improve people’s physical and social environments. Efforts will be focused on Salt River to start with but the expectation is that these will soon show their value and be expanded.

As much as this work will be focused on local communities and artists, particularly during the festival, a flagship of Baz-Art’s mission is to make Africa, starting with South Africa, an international hub for art. Baz-Art will work with existing art fairs and events and create new partnerships with players around the world to build Africa’s profile.

There is a dedicated budget for South African artists to travel and take up fellowships and residencies abroad.

There will also be a pan-European travelling exhibition of work by South African street artists designed to generate cross-cultural communication, exchanges and other opportunities.

Baz-Art’s mission resonates with the spirit of the policies of the South African Department of Arts and Culture. In the Department’s revised White paper on culture and heritage (November 2016), nation building is noted as key among its goals, “to foster a sense of pride and knowledge in all aspects of South African arts, culture and heritage to encourage mutual respect, tolerance and intercultural exchange
between the various cultures and forms of art to facilitate a shared cultural identity constituted by diversity”.

The department noted the importance of international understanding: “International co-operation and solidarity should be aimed at enabling countries to create and strengthen their means of cultural expression, including their cultural industries, whether nascent or established, at the local, national and international levels.”