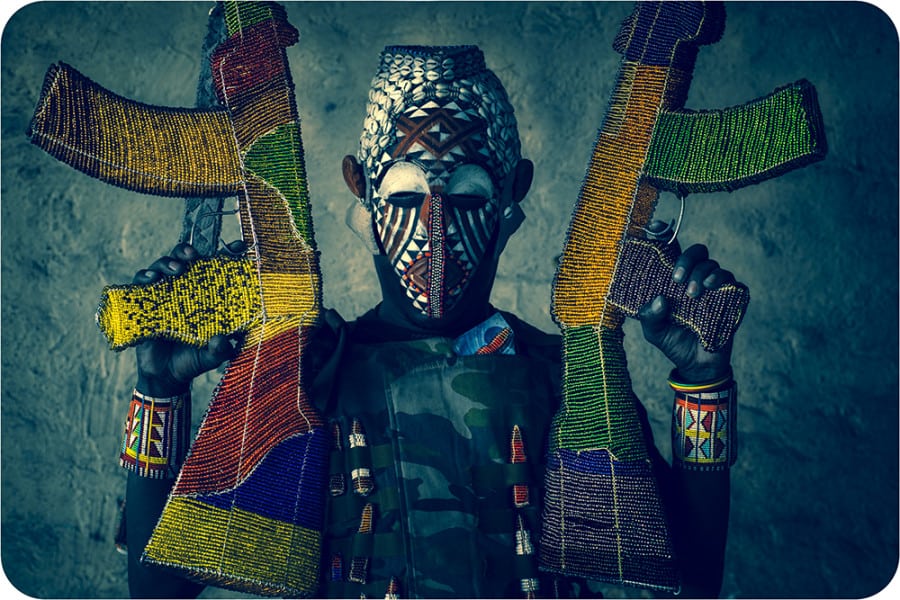 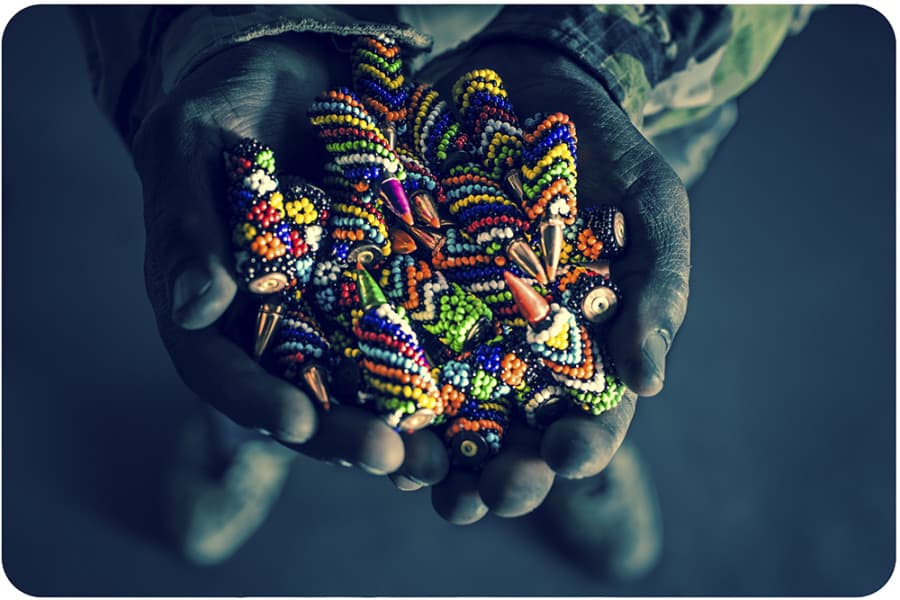 Ziman, a street artist who now resides in Venice Beach, California, attacks Africa’s dominant gun culture with piercing colors and images that don’t fade from memory. With knitted masks and beaded weapons, Ziman paints Africa’s obsession with guns and the power they provide as so bizarre and overwhelming it’s nearly surreal. Both worshipped and feared, Ziman’s guns appear like dangerous totems from an unknown ritual, somewhat removed from the gun culture we’ve heard so much about. The vendors who star in Ziman’s photos were not at all directed in how to pose with the weapon replicas. Yet the viewer can sense the additional status and swagger pulsing through the subjects as they hold their powerful instruments, even if only for the duration of a photograph. 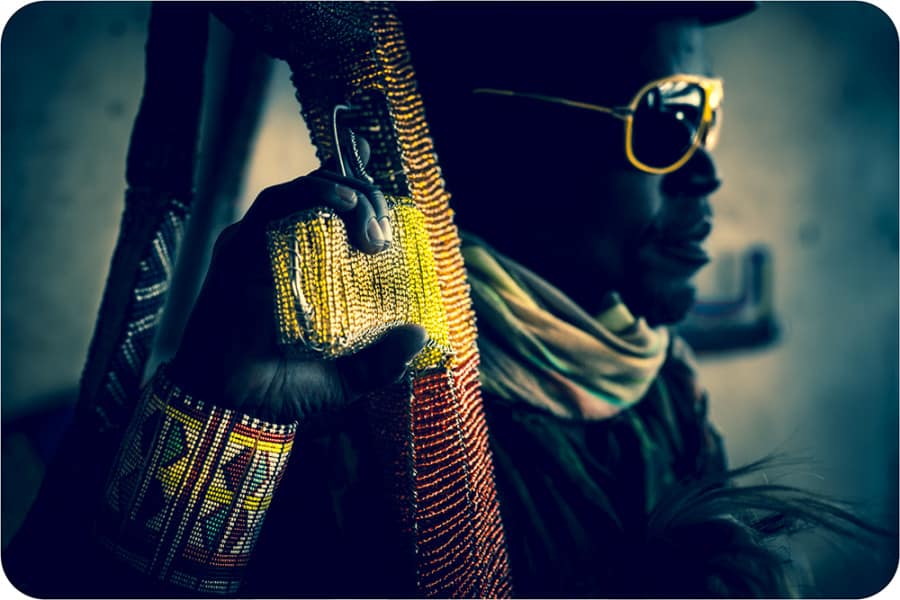 For the series, Ziman crafted 200 handmade beaded and wire wrapped guns, a hefty total that pales in comparison to the multibillion dollar industry that is African arms dealing. While guns are marketed as symbols of power and authority, in reality their consequences include child soldiers, corrupt dictators and suffering beyond measure. Digging below the usual discourse surrounding African gun culture, Ziman challenges not just the continent but the entire world that, due to corruption and greed, takes part.
See the rest of Ziman’s stunning images below. 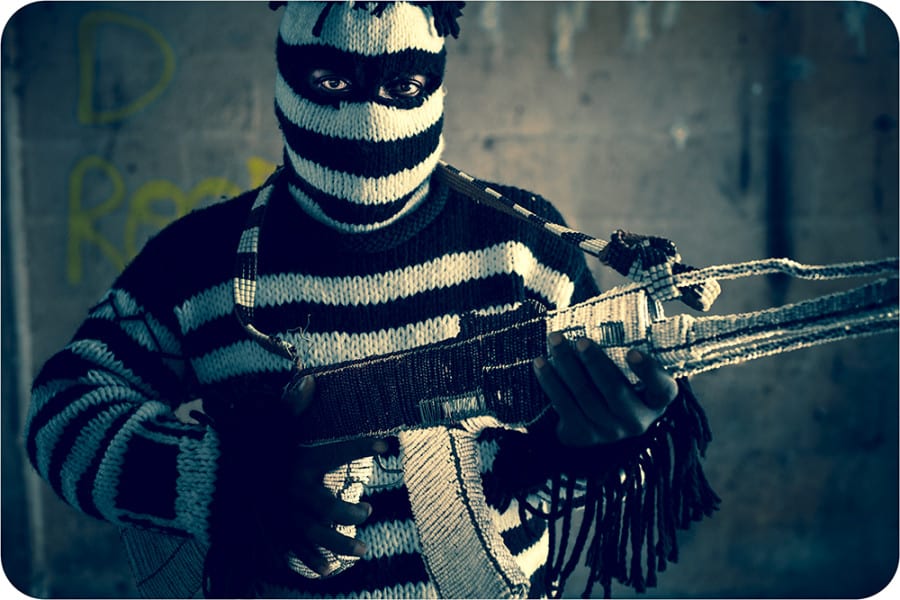 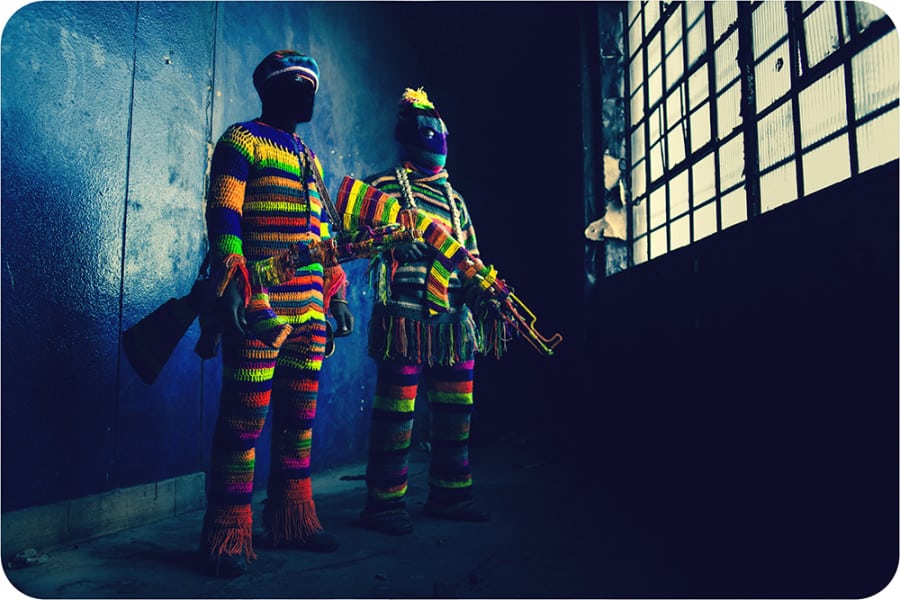 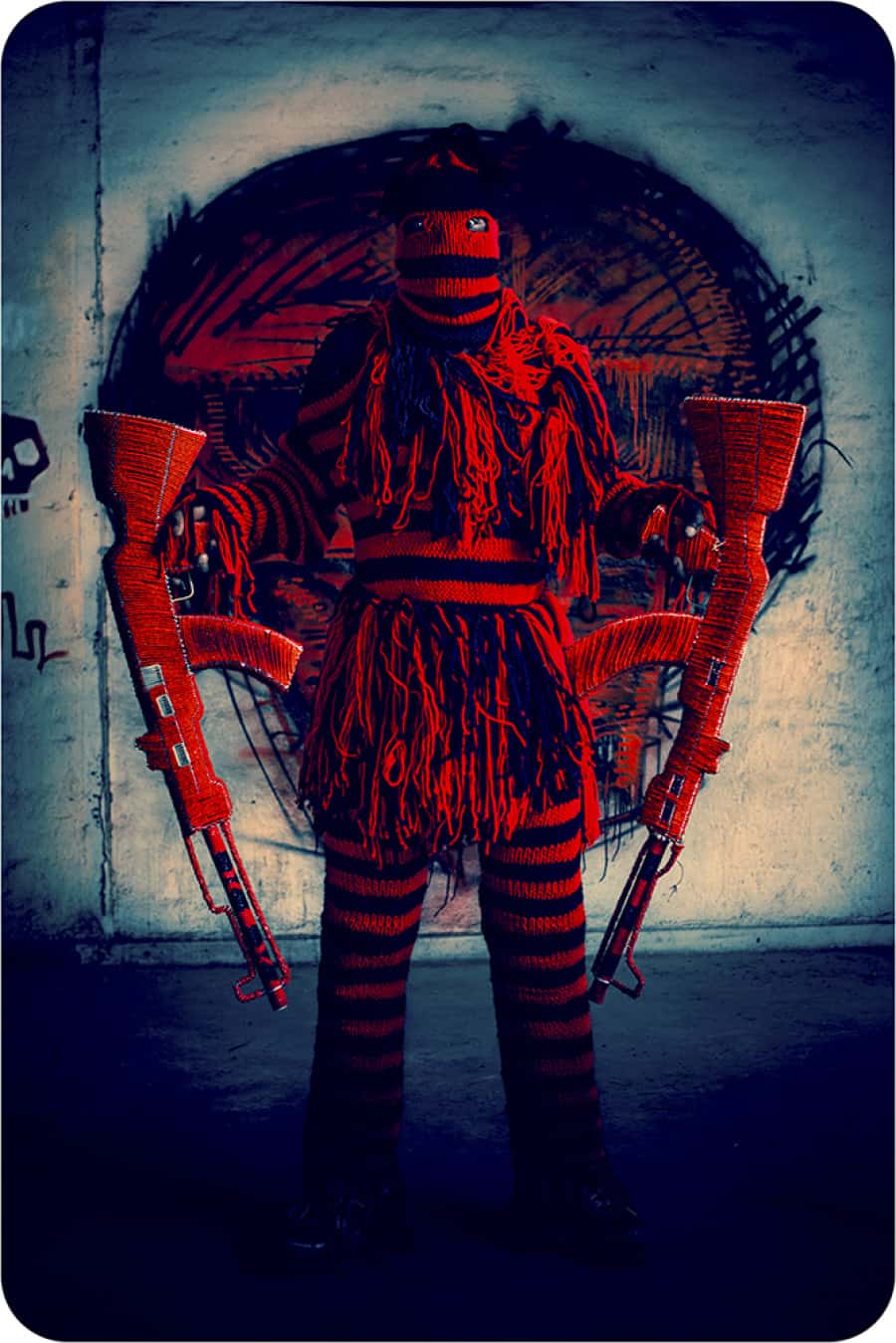