in News Articles 2013
Share on facebook
Share on twitter
Share on email
Share on whatsapp
The South African pavilion at the Venice Biennale has been shrouded in controversy for a number of years. This year has proven to be no different. From an alarming lack of information, mere weeks before the event, to what some might call a questionable line-up, ARTsouthAFRICA sought to find out more. 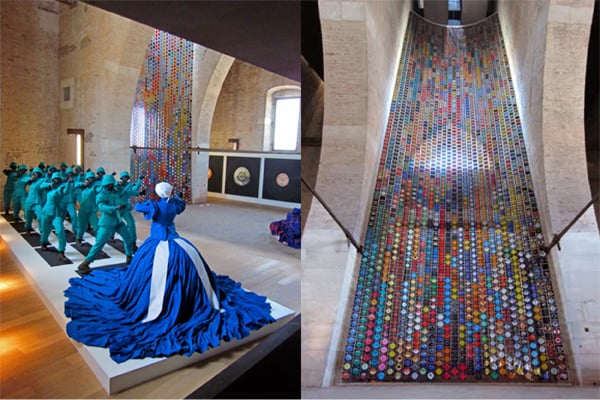 ABOVE: Installation view of the South African Pavilion at the 54th Venice Biennale in 2013. Image source: Elle Decoration.
The South African pavilion at the Venice Biennale has been shrouded in controversy for a number of years. In 2011, under the leadership of gallerist Monna Mokoena, issues around the transparency of funds and practices plagued the pavilion, while in 2013, ahead of the showcase, there were issues involving “condensed time frames” from the department and the lack of diverse representation of artists by the curators.
This time around, for the 56th edition of what has become known as the “world’s greatest contemporary arts showcase,” the South African pavilion is attracting no less attention. The initial problem was the alarming lack of information available about the pavilion – to the extent that just three weeks before the Biennale itself there is still no mention of the South African pavilion on the official National Participations roster.
Now, with under a month to go until the 56th Venice Biennale, the names of the artists participating in the South African Pavilion have finally been announced, but there are undoubtedly a few who question the curators’ selection (the show’s curators for this edition are Apartheid Museum director Christopher Till and Jeremy Rose of architecture firm Mashabane Rose Associates).
The official press release describes the exhibition as such; “Taking their cue from Okwui Enwezor’s title for the International Art Exhibition at the 56th Biennale di Venezia, ‘All the World’s Futures,’ Rose and Till present an array of works by artists who are deeply invested in local iterations of power, freedom, and civil liberty. The curators wish not only to represent recent, important work from South Africa, but also to set in motion a complex and dynamic debate about the relationship between the contemporary moment and the narratives of the past.” 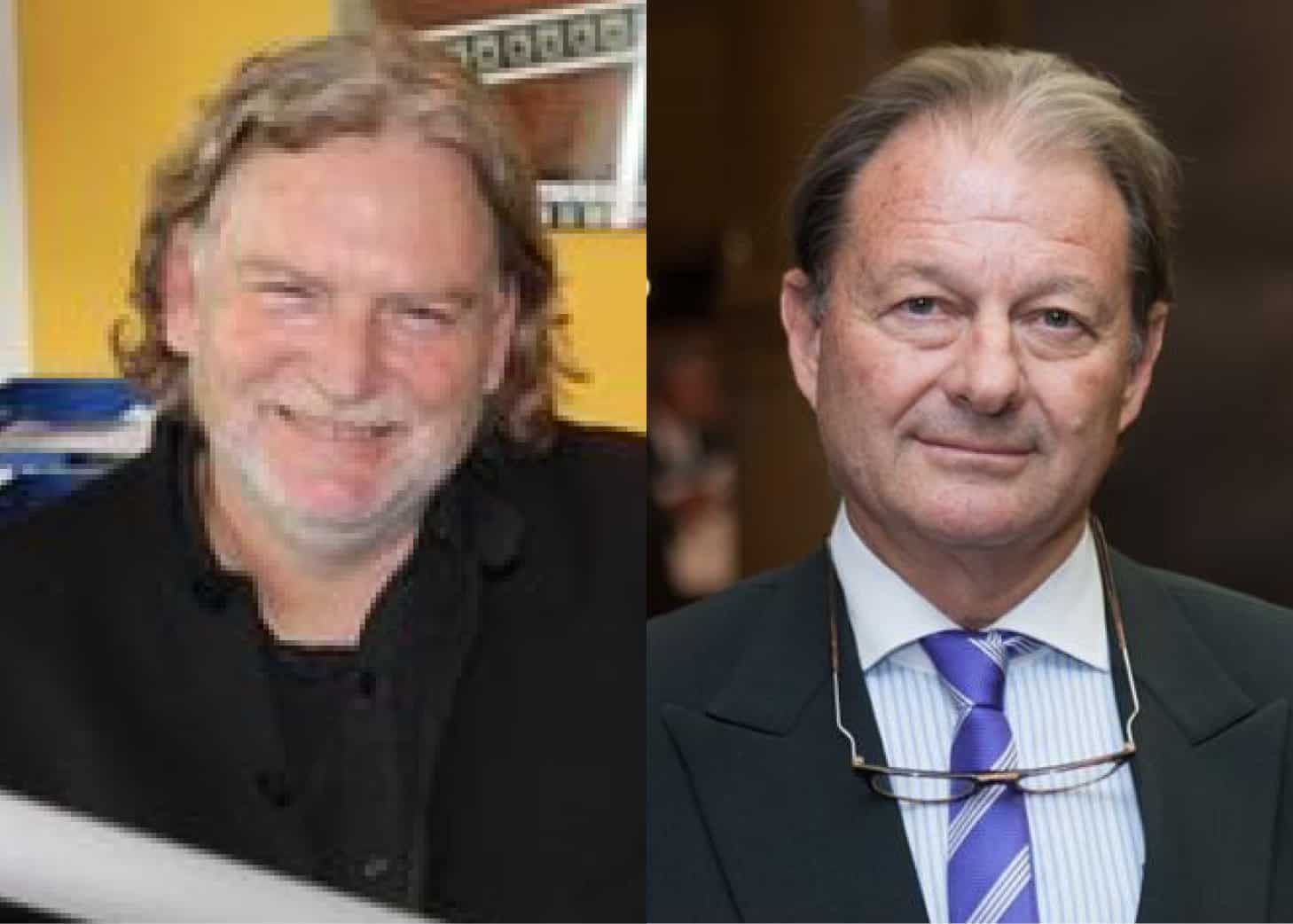 LEFT TO RIGHT: Curators for this year’s South African Pavilion at the 2015 Venice Biennale, Jeremy Rose and Christopher Till 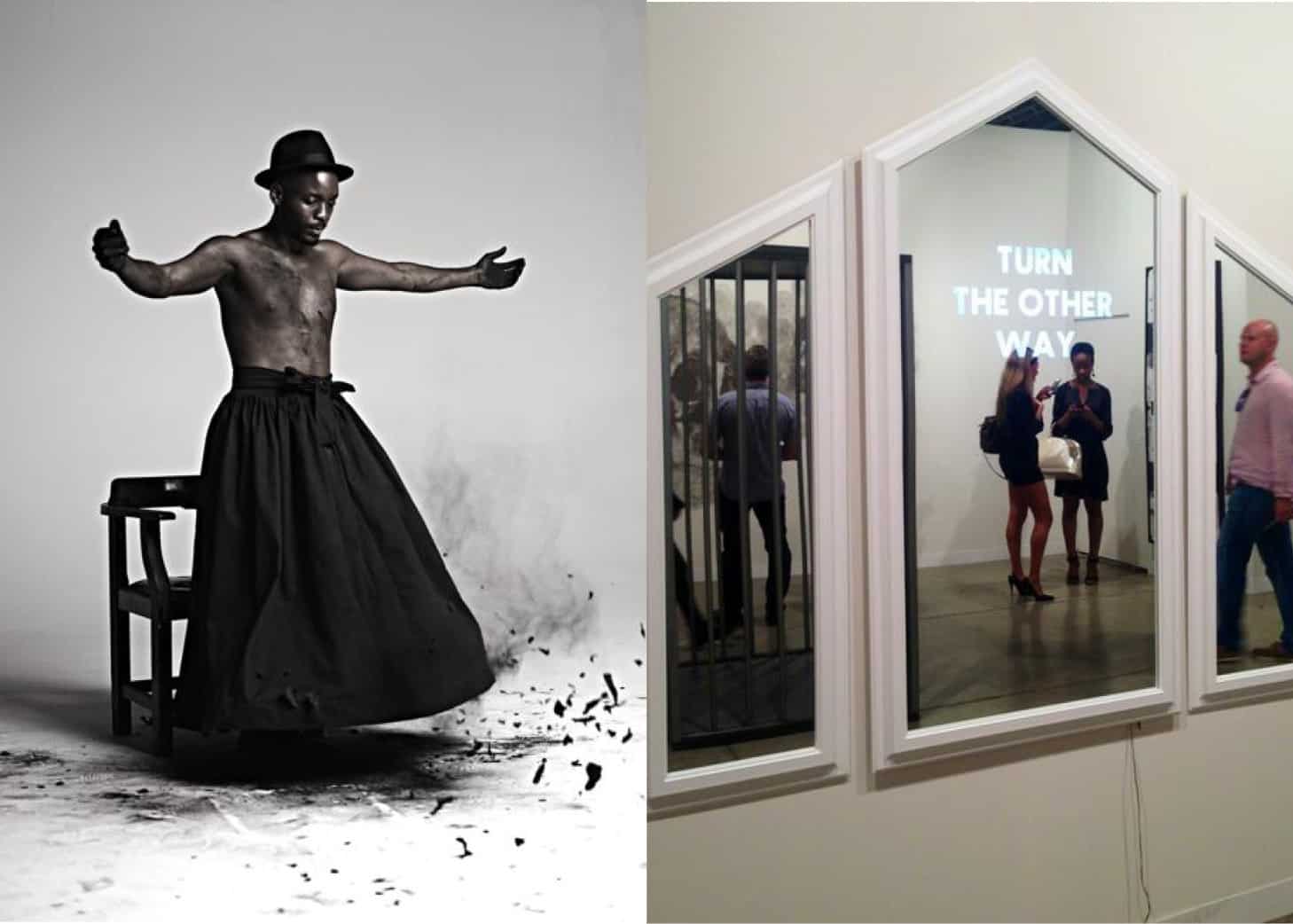 LEFT TO RIGHT: Works by Mohau Modisekeng and Haroon Gunn-Salie, artists selected to represent South Africa in the South African Pavilion at the 56th Venice Biennale (2015).
Considering this year’s selection of artists and the department’s delay in making any announcements relating to the South African Pavilion, there doesn’t seem to have been much improvement on the line-up, which came into question in 2013 due to a “lack of diverse representation.”
Only three women are represented on the list, with only three of the thirteen artists being black. Despite the press release stating that some artists are still to be confirmed, the curators have touched on the artist-selection criteria for the exhibition. Rose acknowledged the issue of “representativity in terms of demographics” as being a “hotbed,” but stated that artists were selected according to relevant issues present in their work, which “is far more important,” he said.
Rose, who has been the principal architect on a number of public art projects, including Freedom Park Museum and the Hector Pieterson Memorial, continued to say, ”there is obviously pressure to have black artists at the South African Pavilion. Obviously. But we wanted [the artworks at the show] to be issues based. We wanted to raise issues and deal with representativity as best we can.”
Whether or not you agree with Rose, the list speaks for itself. The artists released in the official press release are as follows:
Willem Boshoff
Haroon Gunn-Salie
Angus Gibson
Mark Lewis
Gerald Machona
Mohau Modisakeng
Nandipha Mntambo
Brett Murray
Jo Ractliffe
Robin Rhode
Warrick Sony
Diane Victor
Jeremy Wafer 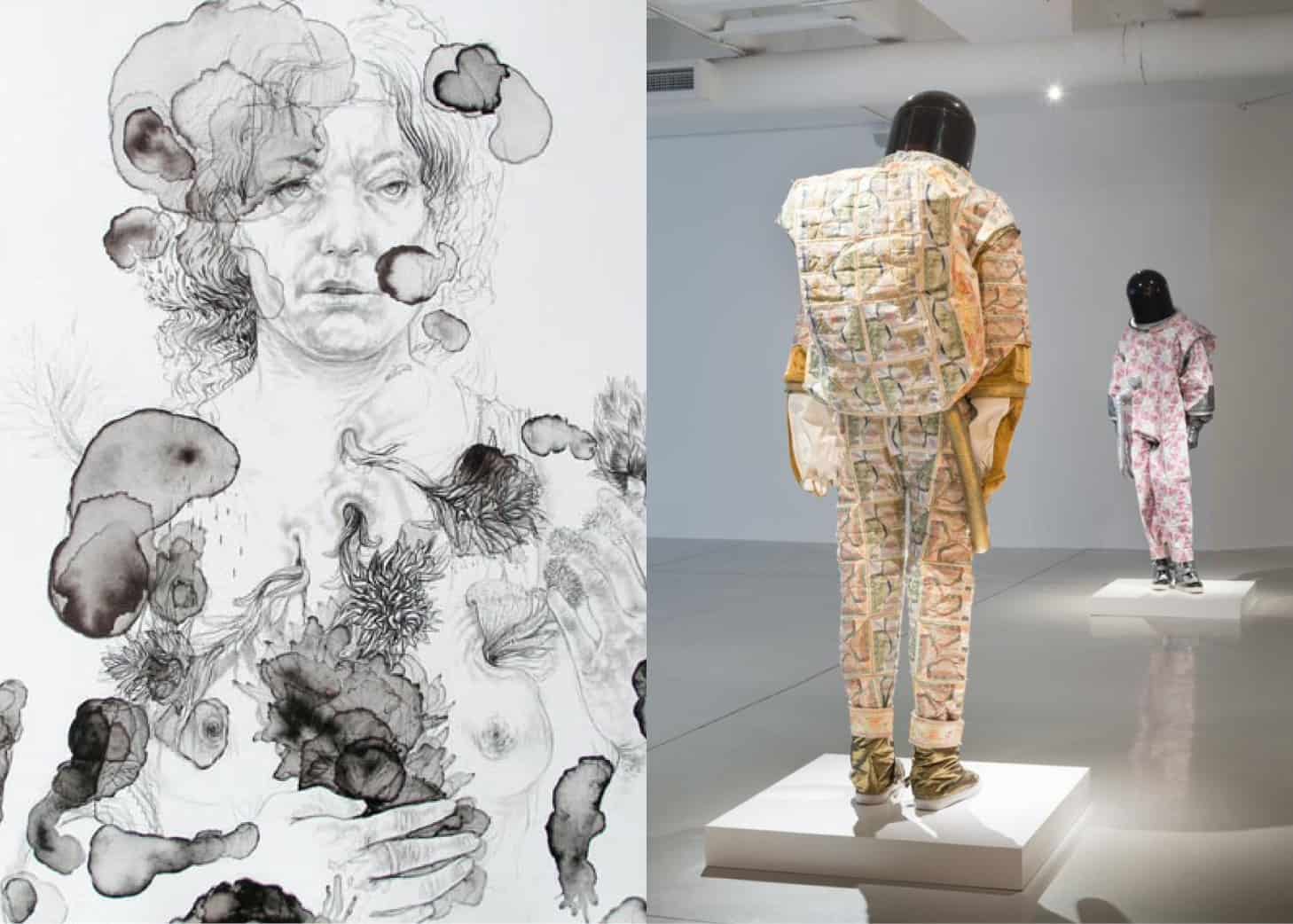 LEFT TO RIGHT: Works by Diane Victor and Gerald Machona, artists selected to represent South Africa in the South African Pavilion at the 56th Venice Biennale (2015).
The final worry concerning the SA Pavilion is whether or not Till and Rose will actually be able to pull it off, given the limited time frame available to them now. Matthew Blackman, editor of online art magazine ArtThrob, says that he is concerned “whether [or not] they will be able to clear the art works through the Italian customs, let alone set up and curate the exhibition, by the deadline of the 6 May.”
Alternatively representing South Africa, albeit seemingly playing antagonist to the national pavilion, is a freewheeling group of South Africa’s leading artists and patrons, championed by Roeloff van Wyk.
Joining forces to launch an independent performance-based exhibit, the artists and organisers of the ‘Joburg Pavilion’ insist that it is “in no way a response” to the controversy-riddled SA Pavilion, despite acknowledging that they are concerned that the government-sponsored and run exhibition doesn’t showcase the scope of South Africa’s emerging artistic talent.
“Performance art and screen-based art, such as film, video and digital arts, are possibly the least commercial art forms, or most difficult to commoditise, in the South [African] art world, which is dominated by the commerce of wall- and floor-based art,” said Van Wyk.
Van Wyk, one of the independent pavilion’s founding members, said the idea was to “show the arts establishment what we Africans are made of”.
The Joburg Pavilion involves 12 performance artists and works by 15 film and video artists, including Athi-Patra Ruga, Anthea Moys, Bogosi Sekhukhuni, Kudzanai Chiurai and Thenjiwe Niki Nkosi among others.