Infecting the City aspires to bring the extraordinary to everyday places and make the city welcoming by bringing free, socially-engaged performance and visual art into the city’s communal spaces. The festival, which has been held annually since 2007 until 2017 transitions to a biennial event from 2019 onwards. The six-day long festival presented as a series of daytime, and nighttime events will take place from Monday the 18th of November to Sunday the 24th of November 2019. 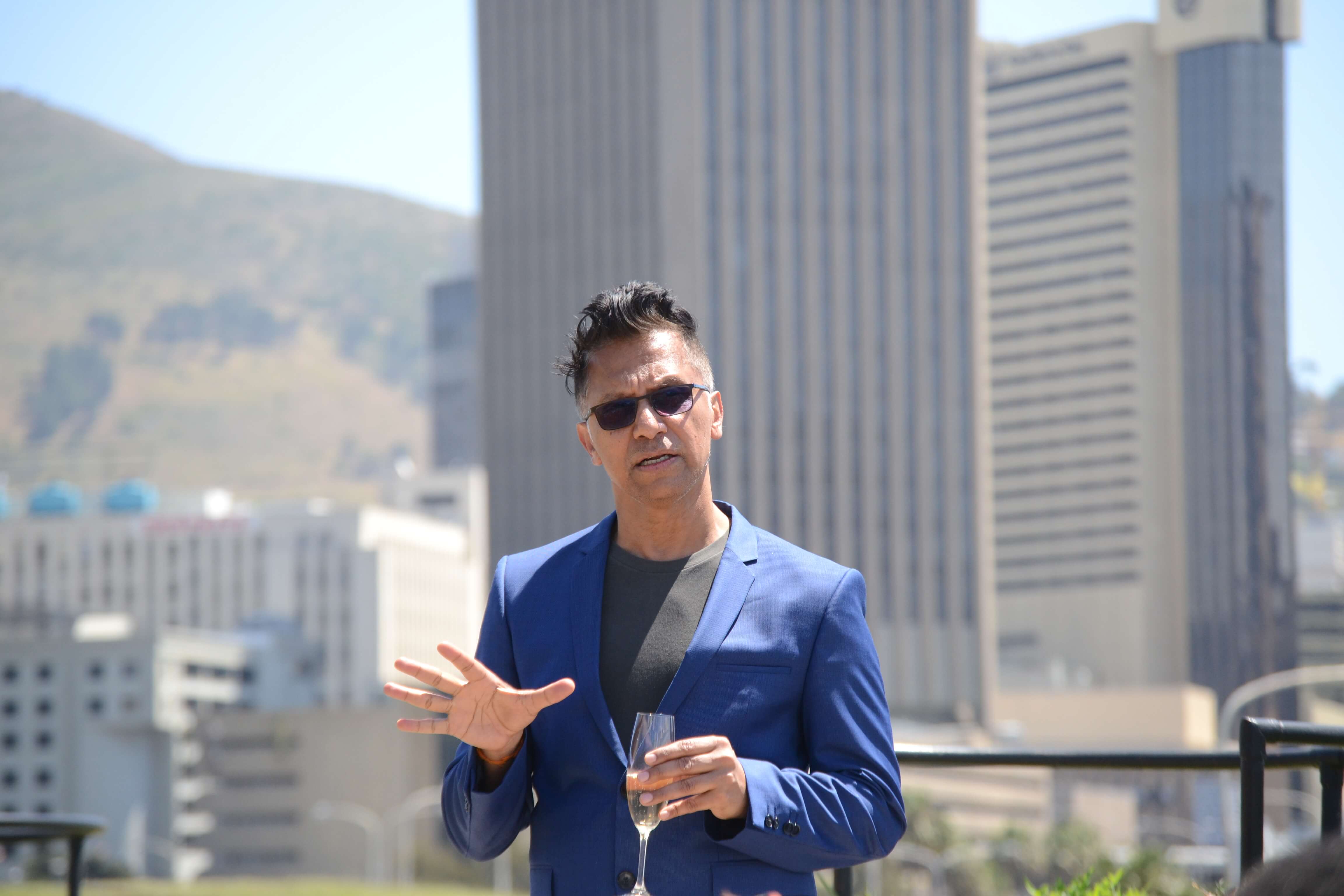 Jay Pather, the founding curator of Infecting the City, addresses the crowd at the 2019 programme launch. ©ART AFRICA/Storm Simpson

Jay Pather – the founding curator of Infecting the City (ITC) and director of the Institute for Creative Arts (ICA) – curates this year’s edition of the festival and is joined by two curatorial fellows, Amogelang Maledu, an independent curator and Elvis Sibeko, a renowned dancer and choreographer. According to Pather, “Working alongside emerging voices in public art curation is critical to developing the vision and reach of Infecting the City. It is also a joy to engage with fresh visions in a very complex city and country.”

Sibeko is an expert in South African dance styles and African contemporary form. Throughout his career, he has performed, taught and choreographed multiple national and international theatre arts festivals. Sibeko will co-curate programmes 2 and 6 for ITC 2019 and collaborate with artists such as Siwela Sonke, Mzo Gasa, Bulelani, Indoni dance companies and more.

Maledu is currently completing her graduate internship programme, which focuses on art collections, at the Iziko Museums of South Africa. She is a curatorial assistant for the South African Pavillion at the 58th Venice Biennale and recently co-curated a group exhibition, Familial Threads, at UNDERLINE Projects. Maledu will curate Programme 4 (Thursday) and work with 15 artists for the festival, including Sydelle Willow-Smith, Asemahle Ntlonti, Qondiswa James, Nicolene Burger and Sanjin Muftic. 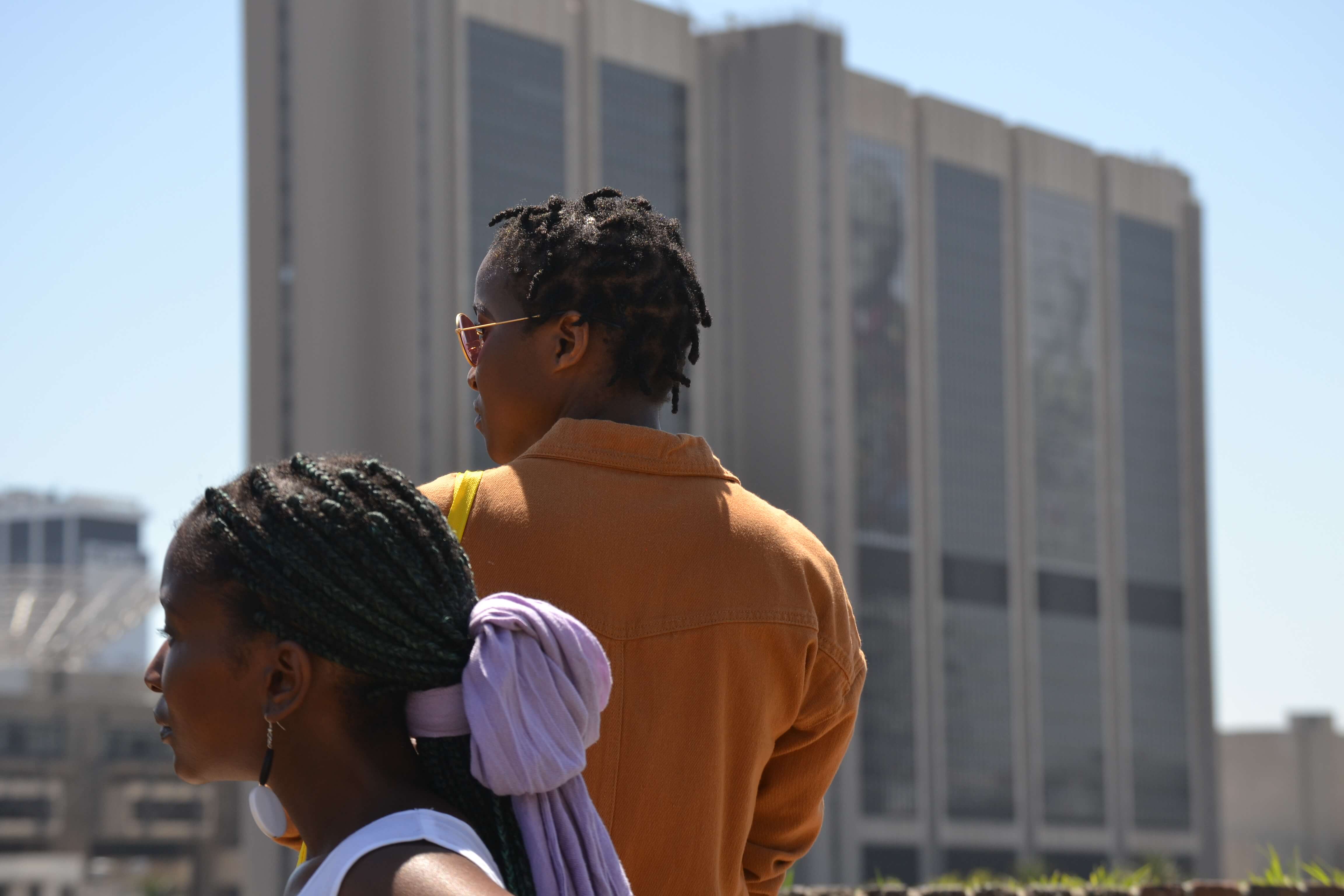 Amogelang Maledu (in the background), one of the curatorial fellows of ITC 2019. ©ART AFRICA/Storm Simpson

Pather, Maledu and Sibeko presented the full programme for ITC 2019 at the Castle of Good Hope on Friday the 18th of October. It will consist of six different programmes – three during the day and three at night – which the public can take in over seven days. The programmes take the audience through the city along clearly demarcated routes, leading from one performance to another. One of the programmes is a self-guided tour that allows the viewer to explore the works on their own.

Kitty Phetla, the 2019 Standard Bank Young Artist for Dance, together with composer and pianist Nduduzo Makhatini will headline the opening of the festival with a performance titled, Going Back to the Truth of Space. The performance, which was premiered to critical acclaim at the National Arts Festival in Makhanda, this year, will take place in the Whale Well at the South African Museum of Natural History. Going Back to the Truth of Space is a reflection on African modes of performance and ritual and embraces the ancestors’ realm as an evolving space. Through improvisation, the performers transcend the ideas of home as geographic space and connect with ancestors using dance and music as a portal to the divine.

Swiss-Italian artist, Teresa Vittucci, is also on the opening programme and will perform All Eyes On, a work that explores the borders of those ‘publicly private’ or ‘privately public’ spaces – our homes and the internet – by bringing both into a third space, namely, theatre. The performance, which has an age restriction of 18, questions power, ‘subjectification’ and desire. Retouramount, the French vertical dance company, will perform a new work, Diagonale Ascendante, which will be delivered on the side of a building on Long Street.

The programme also includes Amaqhawe (Heroes) a performance, co-curated by Sibeko, courtesy of acclaimed choreographer, dancer and artistic director of Sibonelo Dance Project, Mzokuthula Gasa. The dance work, which will take place at the Castle of Good Hope, is an evocative, athletic and physically challenging interrogation of resilience, persistence and speaking up. It begs the question: how far are we willing to fight for what we stand for?