In the second edition of the South-South series, Goodman Gallery presents Let me begin again, an exhibition drawing parallels between artists from the Global South, looking at and beyond the afterlife of political revolution. The show reveals cross-cultural influence and divergence – both historical and recent – between countries such as Cuba, Brazil, South Africa and Angola, as well as Mozambique, and Namibia; featured artists born in or living between these countries or in the diaspora. 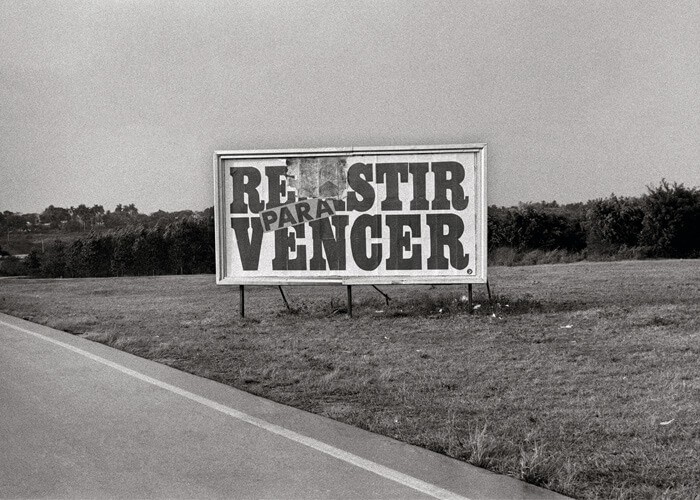 Let me begin again considers a paradisal vision of racial and class equality, and autonomy from Western domination, championed in the mid- to late 20th century. It is rooted in the intersection and unravelling of ideologies that emerged after revolution in Cuba, the end of military dictatorships elsewhere in Latin America and independence in Africa, building up to the end of apartheid in the 1990s. The exhibition explores notions of adaptation; freedom and control; artists revising and recalling narratives or historical moments, and challenging instability, yet embracing flux. These are modes of expression divergent from, but still often linked to, political movements or ideals. 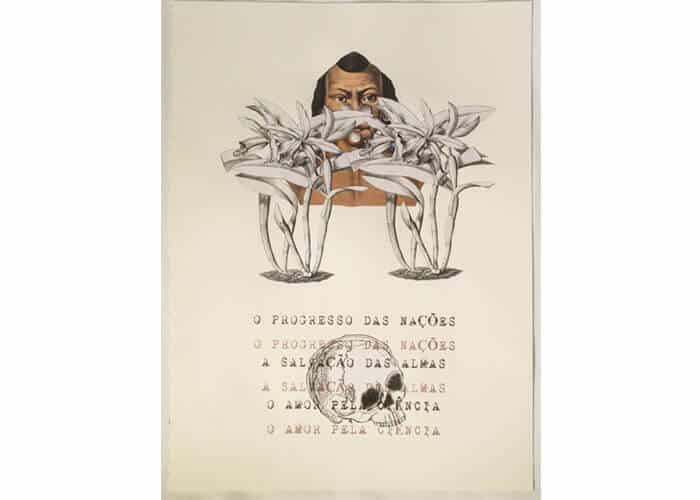 In July 1991, Nelson Mandela, president of the African National Congress (ANC) at the time, and Fidel Castro, then president of Cuba, spoke together on the same platform in Havana. Mandela was on a tour of Latin America, but his visit to Cuba marked an important moment for both world leaders. This interaction reflected Cuba’s mission of internationalism in the Global South and its support of African independence and involvement in the Angolan Civil War, which Mandela attributed as directly leading to the unbanning of the ANC.

“The decisive defeat of the aggressive apartheid forces [in Angola] destroyed the myth of the invincibility of the white oppressor,” Mandela said. Both Mandela and Castro spoke of the emancipation of the poor and the rightless. Castro exclaimed persistently, “How far we slaves have come!” On reflection, these were distinct leaders from regions emerging from and moving towards different socio-political realities. But they were also converging on a conviction of equality and found common ground in evoking the power of what Ernesto Che Guevara called – in reference to the strength of the masses – the human tide. 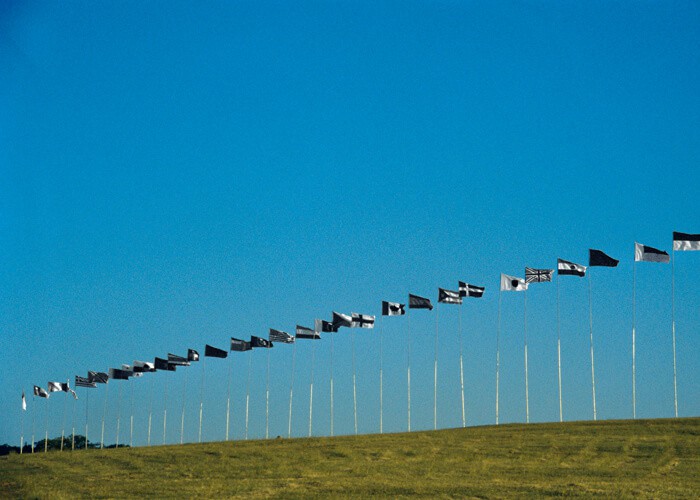 Yet at the time, while victories such as free and quality health care and education were celebrated, the disappointments of transition were becoming palpable in Cuba, which in the early 1990s was deep in economic crisis due to the dissolution of the Soviet Union. And in Brazil, profound yet often concealed wounds were still only very slowly being revealed. Following Cuba, Mandela visited Brazil in August 1991, in efforts to seek continued sanctions in support for the end of apartheid. While there Mandela stated, “I have the feeling of being at home,” but was surprised by the nuances of racial politics, and the latent and often clouded racial discrimination that lingered despite the transition into democracy.

Rereading this meeting of minds now – twenty-five years later, with dreams further deferred, tenuous diplomatic breakthroughs between enemy states, dissident voices, state control, unfinished projects, presidents on trial, lingering mass inequality and institutional racism, as well as looming neo-colonialism, is revealing and disheartening. While the world seemed to stop after the death of Mandela – his critics emerging mainly from South Africa – it was at odds over Castro’s more recent obituaries, and his very polarising legacy. In a time when the Western world is again seeing the terrifying rise of the extreme right, the Global South appears to be grappling with the ideals, victories, as well as conflicting narratives and setbacks of the revolutionary left. Within this context of emerging economies and racially diverse societies, seems to be a need not only to move forward, but to revise and reconsider where we came from, and to recover what has been lost. 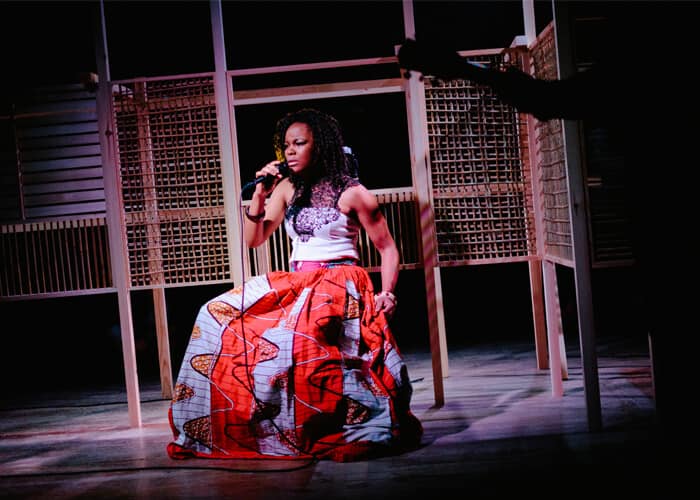 This show comes twenty years after pivotal exhibitions such as Memorias Intimas Marcas – initiated by Fernando Alvim, in collaboration with Gavin Younge and Carlos Garaicoa, which looked at the residue of trauma caused by the Angolan Civil War – and the second and last Johannesburg Biennale, curated by Okwui Enwezor, which unusually for the international art world at the time included many artists from the Global South. Now, this edition of South-South reflects on how the ideologies that reached a pinnacle embrace in the 1990s have unfolded or collapsed in quieter, contemplative moments, while also being reignited or challenged in new instances of heated rupture.

Let me begin again offers a deferential plea to unearth the forgotten; rethink the misrepresented or misunderstood; confront the seemingly irreversible; tackle unfinished projects and traverse unending beginnings. Featured artists embody a variety of divergent socio-political stances and, in some cases, markedly or seemingly apolitical ones. But in each instance is the sensation of – or a call for – reinvention, renewal or adaptation, from historiography to processes of working. 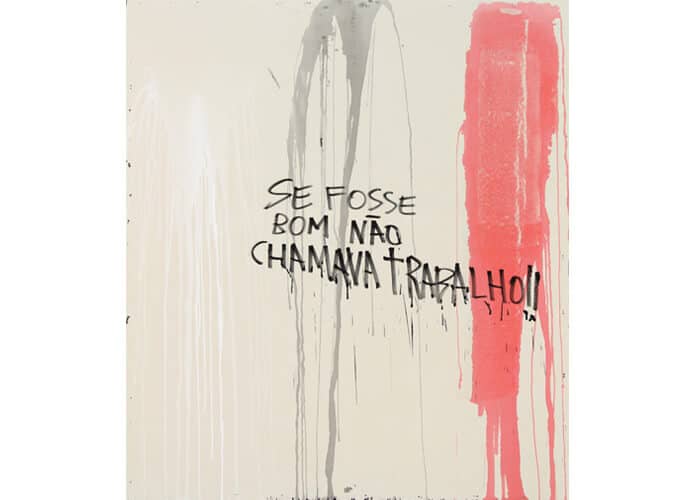 South-South is one of Goodman Gallery’s ongoing curatorial initiatives established by gallery Director and Owner, Liza Essers. This major project considers inherent connections, as well as disconnections, within the output of artists working in the Global South. Its title is adopted from Brazil’s foreign policy aimed to reinforce integration between major powers of the developing world, initiated by Luiz Inácio “Lula” da Silva. Emerging from this contemporary environment of integration trends, South-South was envisioned to explore the tricky notion of a connected Global South. At the same time it ultimately aims to present work by artists born into environs across the Atlantic that, although disparate, have engendered compelling cultural parallels. Let me begin again follows The Poetry in Between: South-South, the first edition in the series in 2015. This first installment of the project focused on southern Africa and Brazil in particular, a country that, during the leaderships of Lula and Dilma Rousseff, directed its attention to Africa from a foreign policy perspective. Now, following Rousseff’s controversial impeachment, Brazil’s current contentious leader Michel Temer plans to return to a foreign policy more aligned with US interests. Rooted within the first South-South was a consideration of the invention of both South America and Africa, providing a space to consider constructions and generalisations surrounding and connecting both continents. Integral to building an understanding of the South as one global region, but also as an idea, is acknowledging its hybridity, especially with regard to cultural production. These notions of crossing and circulation are at the heart of South-South. Let me begin again continues this conversation by also beginning a new one, bringing in regions, such as Cuba, that are not geographically speaking in the Southern Hemisphere, but still an integral part of the diverse, post-colonial developing world, revealing that the term “Global South” is not necessarily a geographical one. In recent history, Cuba has had an overwhelmingly important presence in both Latin America and Africa, despite being such a small country in the Caribbean. The next edition moves into the vastness of shared ideology, ideas and cultural theory and aesthetics that are developing in these regions in a reaction against and despite towering Western influence.

‘South-South: Let me begin again’ is on show at the Goodman Gallery in Cape Town, South Africa from 28 January – 04 March 2017.