Strauss & Co have announced important appointments to its Board and team of art specialists, bolstering the legacy of founding managing director, Stephan Welz, who passed away at the end of last year. 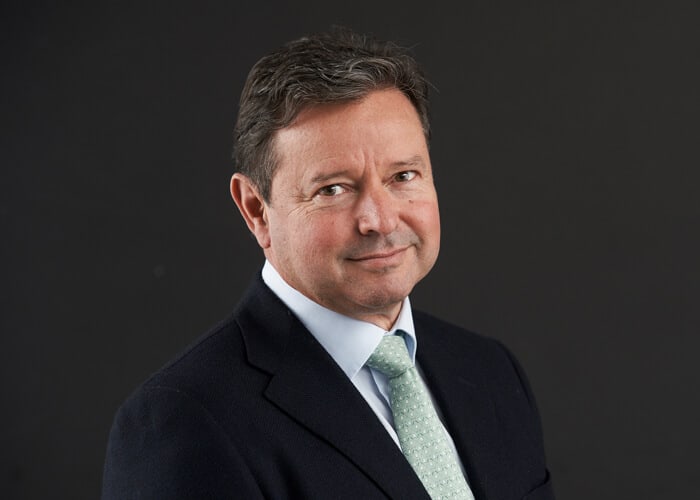 Following Elisabeth Bradley’s retirement as Chairman, Frank Kilbourn has been appointed Executive Chairman of Strauss and Co, and joins the Board with immediate effect. Kilbourn is well-known and respected in business and the art world and brings with him substantial knowledge, experience and passion in both fields of enterprise. Bradley remains a member of the Board of Strauss & Co.

Kilbourn began his professional career in law, merchant banking and business in the 1990s. In 2002 he founded the Bright Group of companies, focusing on private equity and venture capital. He is also co-founder of Bright Foundation, a PBO (Public Benefit Organisation) dedicated to the advancement of education, nature conservation and the promotion of arts and culture.

Frank and his wife, Lizelle, began collecting art while still students at what is now the University of Johannesburg (UJ) and over a period of thirty years they have built up an exceptional collection representative of both modern and contemporary South African art. They are also involved in fundraising for the preservation of important local collections.

Kilbourn says, “As collectors we have developed an acute awareness of the responsibility and privilege of owning a private art collection, and the importance of sharing our collection with the public. Becoming part of such a prestigious auction house further deepens our commitment to art in South Africa.”

Elisabeth Bradley, outgoing Chairman of Strauss & Co, says, “We are delighted that Frank has joined our Board. As a highly esteemed and astute businessman, art collector and philanthropist we know that his participation will make an incalculable contribution to the auction house and, in turn, to the art market.”

Commenting on Bradley’s retirement as chairman, co-founder Dr Conrad Strauss, says, “We extend our heartfelt thanks to Elisabeth for her enormous contribution to the company. Under her leadership the company rapidly established itself as the leading auction house and built up an enviable reputation.”

Furthermore, the Board of Strauss & Co is pleased to announce that Carmen Welz has joined the Board of Directors. It is an important appointment that will ensure that the immeasurable legacy of her late husband Stephan Welz continues.

Commenting on this appointment, Bradley says, “Carmen has been part of the Strauss family since inception and we now formally welcome her to the Board.  Her appointment brings continuation and the benefit of her immense knowledge of the auction and art world.”

Wilhelm van Rensburg and Marion Dixon have been appointed art specialists based at the Johannesburg office. Van Rensburg has a Masters degree in History of Art from the University of Johannesburg (UJ) and is Research Fellow at the Visual Identities in Art & Design (VIAD) research centre at UJ.

Apart from his curatorial accomplishments, Van Rensburg is a familiar figure in the art world having been co-director, for the past ten years, of Art on Paper (AOP), a well-known gallery in Johannesburg.

After a successful 25-year career as corporate communication and public relations specialist – most recently as Communication Manager Media and a spokesperson at Anglo American – Marion Dixon actively pursued her lifelong interest in the visual arts. She completed a Masters degree in History of Art (with distinction) at the University of the Witwatersrand in 2009, and since then she has been working as a freelance art consultant and curator.  She has consulted for private and corporate clients, including FirstRand Bank, and serves as curator of the Constitutional Court art collection. She has built up an extensive network of contacts in the South African art world and academia.

She curated an important art exhibition entitled ‘Water: the [Life’Delicate] Thread of Life’ at the Standard Bank Gallery, Johannesburg in 2011. The exhibition featured some 30 contemporary South African artists.

Elisabeth Bradley says, ‘Since its inception in 2009 Strauss & Co has gained the confidence and respect of its clients, and is made up of people with drive, expertise and integrity.  We are delighted that Marion and Wilhelm are joining us and are confident that their respective strengths, academic learning and experience in art and business will be a great asset to the Strauss & Co family.’

Kilbourn concludes, “With the recent appointments, the company has not only provided for succession, but also ensured that it has the skills and energy necessary to maintain its leadership in the market.”