Streams Of Consciousness: A Concatenation Of Dividuals

Honestly, Sisters,
there is some elation here
… and some bitterness too.
But if you want to find out
how equal
even
the more equal 1/2 of us are,
come see us at any
public library
– after a normal 9-5 working day.
– Ama Ata Aidoo, Comparisons II – We Women, Still!

Look where you walk unholy stranger
This is the land of the eight harmony
In the rainbow: black.
It is the dark side of the moon
Brought to light
This is the canvas of God’s master stroke.
– Tsegaye Gabre-Medhin, Home-Coming Son 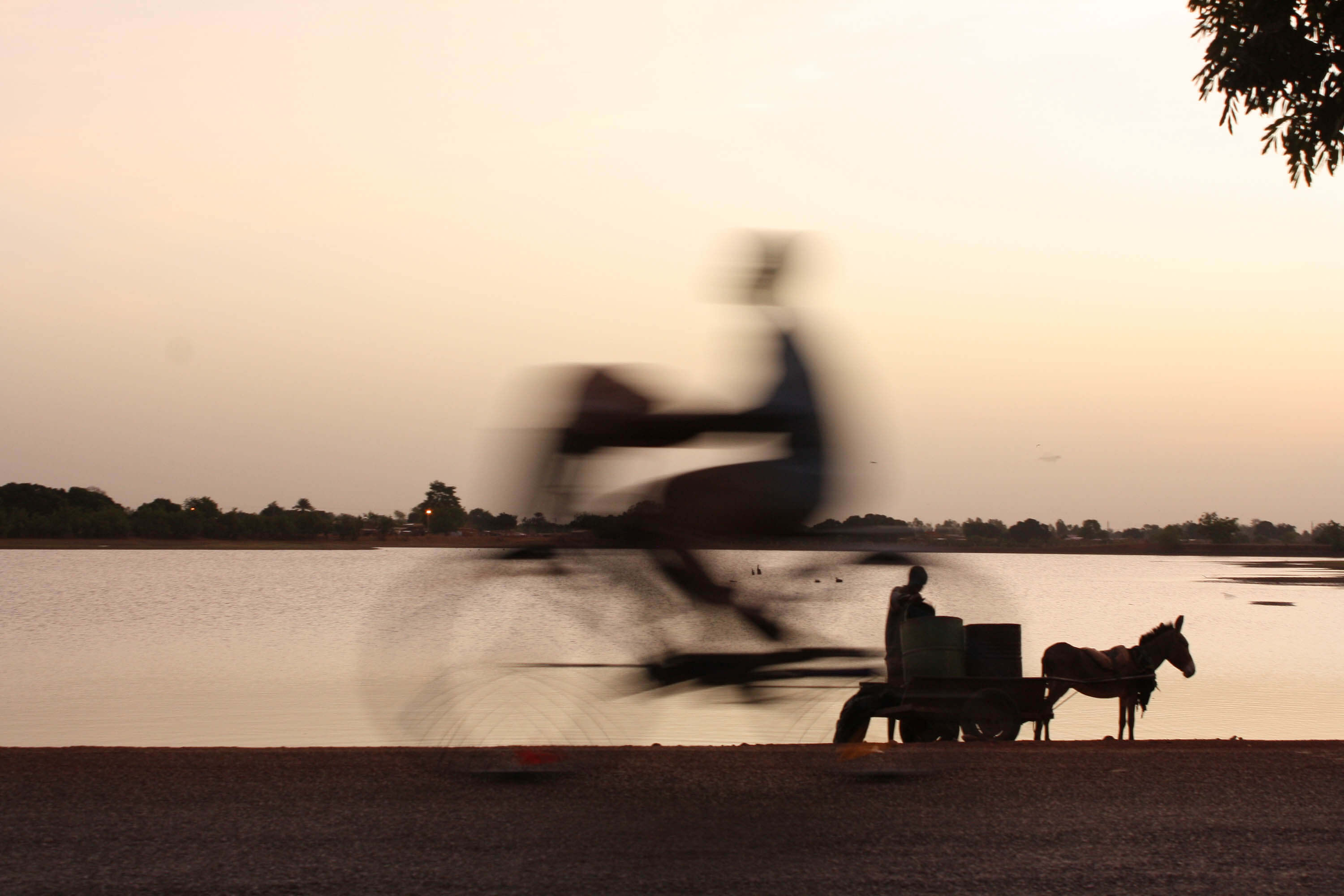 In the 21:01 electrifying minutes of Abdullah Ibrahim and Max Roache’s opening piece for the eponymous album Streams of Consciousness (1977), one is spellbound and enthralled by the sheer intensity, entrancement and alchemy delivered to the listener in the form of the sonic. What begins with a mesmerising and quasi liturgic piano solo by Abdullah Ibrahim in the first minute, and consecutively followed by a characteristic melodic mathematical solo by Max Roach before both musicians converge after 2:45min for the rest of the piece is less a tete-a-tete, and rather something like a soul-to-soul conversation.

At any rate, it is this notion of the portrayal of an artist’s viewpoint through the artistic expression of thought processes that I am interested in. The art piece as an expression of an interior monologue or the artist’s sensory reactions to external events. So if one can refer to the literary technique of writing called stream of consciousness as ‘thinking in words’, how could we imagine the artistic practice of photographic stream of consciousness as ‘thinking in images’?

The moment of a snapshot could be an extended moment of capturing of this stream of consciousness. The moment something catches the attention of the photographer, the many associations that are made conceptually and aesthetically, the many references that are invoked and situations convoked lead to the shot. Thinking is as much an active and a passive process, and what becomes important is how that which is seen, heard, smelled, felt, tasted or perceived in another way triggers the inner eye to see or inner voice to utter, thereby setting this stream of consciousness in motion.

So, can photography be a means of capturing those streams of consciousness? Which is to say can a photograph shot tell us something about that state of mind, – that which provoked those senses to awake and led to the shot? Can that single shot tell us something about the conceptual and practical processes of development to that single image? And then the beholder encounters the image, does that stream of consciousness that started with the artist flow over?

It goes without saying that in an era of hypervisibility, and with the inflation of photography, not every image shot is a photograph, and not every photograph taken makes one a photographer. Therefore not every photograph will be a capture of streams of consciousness. Indeed one can say that despite the over-availability of photographic tools like cameras on our phones, as well as digital means of capturing, sharing images, and reproducing images, we have more and more forgotten how to see. Despite the fact the sense of sight has been thrusted to be the avant-garde of all the sensing, one can’t help but feel, paradoxically, a certain degree of amputation of that sense of sight at the same time. Especially taking into consideration the way Africa – especially – is portrayed in terms of photography mostly by Western photographers, this handicap of sight, the dearth of depth of sight becomes more evident. Thus in what one might call photographic stream of consciousness, one tends to recognise the depth of sight. By depth of sight, I actually do mean what Akinbode Akinbiyi means when he talks about listening carefully. That is to say, when sight is not limited to the eye or vision, but actually is complemented by all other senses in their profundity. In this case, the camera actually becomes both the connecting factor between the mediums of perception, as well as it might act as a protheses to compensate for the handicapped sight.

In writing about the conceptual nature of Lorna Simpson’s work, Teju Cole suggests the notion of ‘Evoking What Can’t be Seen’, “From multiple directions, the work gestures at what cannot be seen: the original placement of the vessels that inspired Simpson’s own, the people in the photographs by James Van Der Zee, the social life of Harlem evoked by his photographs and the complexity of manners and class implied by them. All that vanished world of culture and experience is reduced to an elegant grid, as simple as an antiquarian’s catalogue, a thought picture that demands calm engagement and imaginative intervention on the viewer’s part. Without being representational, it is about race; but race is not off in some category by itself, hemmed in only by questions of skin color, separate from life.” Of interest to me is not really the conceptual nature of a photographic work, or the possibility of a vessel opening worlds that the viewer might not be able to imagine, but rather in this context of ‘Evoking What Can’t be Seen’, I will like to think about the limits of seeing or the seen. The image in this case doesn’t act as a kind of ‘cache’ but it is contrary an opener of possibilities. The image that is a capture of streams of consciousness has the possibility of revealing the worlds of thoughts and circumstances, the universe of histories and geographies that birthed the photograph.

For 12th edition of Rencontres de Bamako, I am proposing the following focal points:

The possibility of exploring the psychological and literary concepts of ‘Streams of Consciousness’ into the realms of photographic practice, by looking at artists whose works reveal their thoughts and conscious reactions to occurrences and the perceived in a continuous flow.

Applying the notion of ‘Stream of Consciousness’ as a metaphor for the flux of ideas, peoples, and cultures that flow across and with the Niger River. The River can be seen as the embodiment of the ‘Stream of Consciousness’. As the third longest river on the African continent, and the major river in West Africa spanning 4,180 km from the Guinea Highlands through Mali, Niger, and Nigeria to discharge into the Gulf of Guinea in the Atlantic Ocean, the Niger River serves as a major vein as well as agricultural and cultural cornerstone of the African continent as the etymology of its names in various languages reveals: Joliba (great river) in Manding, Orimiri (great water) in Igbo, or Egerew n-Igerewen (river of rivers) in Tuareg.

In Max Roache and Abdullah Ibrahim’s Streams of Consciousness album, there is a necessary bridging of the Atlantic to create the African world. For this Biennale, I will like to put a focus on the African world. Africa has long ceased to be a geographical concept limited to that geographical space called ‘Africa’. Africa as a planetary concept relates to people of African origin – the I & I – that are spread over the world in Asia, Oceania, Europe, the Americas and the African continent. That is how can photography can too reveal the ‘Streams of Consciousness’ that flow from and beyond the shores of the African continent.

With the 12th edition of Rencontres de Bamako, this singular photographic biennale on the African continent will be celebrating its 25 years of existence since its first edition in 1994. Thus this 12th edition calls for a retrospective of the Biennale itself. In this exhibition, the highlights of 25 years will be re-presented and re-contextualised for 2019.

Some of the most important contributions in photography from the African world has come from photographic collectives like Depth of Field or Invisible Borders and many more. The possibility of creating communities that complement each other in practices of perception and capturing, the possibility of collectively telling our own stories through images, the possibility of arguing for the fact that in society we are not individuals, but rather the Deleuzian notion of dividuals… which is to say we are divisible entities that together make up a larger collective as opposed to the idea of the individual which means indivisible, or the tiniest unit of society. Which is to say that we can understand people best through the social relations they are a part of. Thus we will put a spotlight on collective practices.

INSTRUCTION TO THE PEOPLES OF THE EARTH.
You must realize that you have the right to love beauty.
You must prepare to live life to the fullest extent.
Of course it takes imagination,
but you don’t have to be an educated person to have that.
Imagination can teach you the true meaning of pleasure.
Listening can be one of the greatest of pleasures.
You must learn to listen, because by listening
you will learn to see with your mind’s eye.
You see, music paints pictures that only the mind’s eye can see.
Open your ears so that you can see with the eye of the mind.
– Sun Ra, excerpt from the lyrics of Sun Song, from the album ‘Jazz by Sun Ra’ released in 1957.

In Abdullah Ibrahim and Max Roache’s Streams of Consciousness sonic dialogue, the animated notion of ‘Africanness’ and ‘Blackness’ serve as the frame within which the conversation can unfold, but also the binding factor between these worlds. The music becomes the language through which the artists can communicate, and even in that language each of them brings a different accent and method of narration. It is a language that alone in its intonation tells of love and pain and other existentialist traits, and in listening to this one sees worlds unfold, build and collapse in multiple cycles.