in News Articles 2013
Share on facebook
Share on twitter
Share on email
Share on whatsapp
The 13th of October 2014 marked the opening of the Sulger-Buel Lovell Gallery in London, the brother gallery of our very own Lovell Gallery in Cape Town! The inaugural exhibition and gallery launch, OF(F) AFRICA, is showcasing selected works by represented gallery artists from Africa; sculptor Abdulrazaq Awofeso, photographer Ralph Ziman and mixed media artist Vivien Kohler. 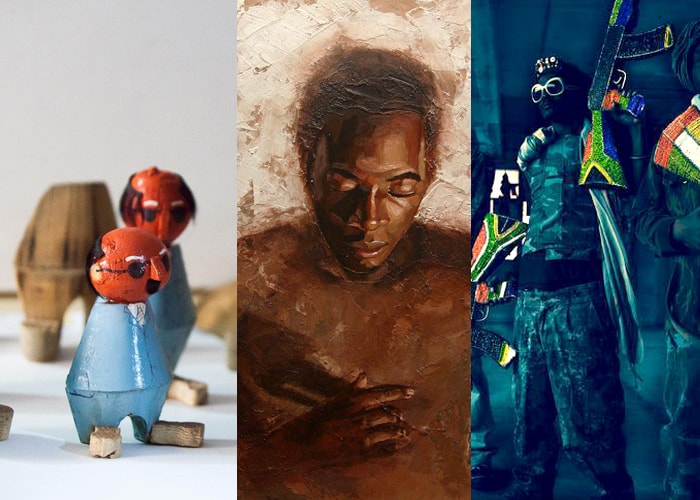 LEFT TO RIGHT: Abdulrazaq Awofeso, World Trade Centre, 2014. Vivien Kohler, The Passage of Contemplation, 2014. Ralph Ziman, Izimpi (‘War Party’ Zulu), 2013.
Collector, Christian Sulger-Buel and gallerist, Tamzin Lovell Miller, have partnered to launch the Sulger-Buel Lovell in London, specialising in contemporary African art. Christian Sulger-Buel has been collecting African art for over 35 years, and the Lovell Gallery has been operating in Cape Town since December 2009.
Sulger-Buel Lovell is positioned as part of a new approach in understanding the trajectories of contemporary African art and its relationship with the cultural heritage of Africa. It focuses on the challenges that artists are confronting in the urban environment of contemporary Africa, where art is a configuration of local, regional and intercontinental ideas and practices. In the process of social and cultural change in Africa, Sulger-Buel Lovell is determined to highlight the increasing interconnection of artists through the process of globalisation, and to exhibit significant established and emerging talents.
Kefiloe Sewisa, curator of OF(F) AFRICA, the inaugural exhibition at Sulger-Buel Lovell, has this to say about it, “The artists’ experiential comprehension of the physical, phantasmagorical and psychogeographic terrain as expressed through their compositions, is an alternate simulation of the land’s narrative. Through multidisciplinary approaches sculptor Abdulrazaq Awofeso, mixed media artist Vivien Kohler and photographer Ralph Ziman, have visually orated and challenged the continent’s socio-political, socio-economic and humanistic dynamics through the figural depictions in their work. The figures are vessels through which the artists’ thematic enquiries are explored; creating meaning through form. 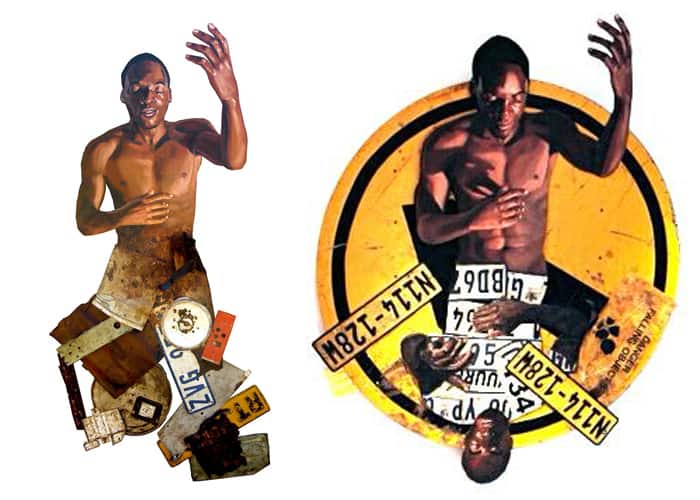 LEFT TO RIGHT: Vivien Kohler, Surge (2014); De(Re)tritus (2014).
These artists, as pictorial cartographers in their own right, have utilised the human form in their compositions as metaphorical representations; ‘figural’ signifiers of the continent, highlighting the innate interconnectivity between man, visual culture and evolvements in the urban sphere. The nuances of the continent’s terrain have been mapped through the artists’ interpretation and subjective depictions of the form, further contextualized in relation to the chosen space, place and objects.
The human figure composed through the perspective of the African artist rooted on the continent, can be perceived as an embodiment of the environment an extension of the landscape; its cultural dynamics, laden and contentious history, present yet ephemeral state of being, and envisioned future, for society and self. This notion can be observed through the figures which have been interwoven with visual symbolism, embedded with traces of shared human experiences, all of which mirror aspects of the corporeal. The sculptural, three dimensional compositional approach, and use of traditional and found materials as expressed contemporaneously by Awofeso, Kohler and Ziman, serve as connective symbols to the land’s past, and expressive of how it has shifted through modernity, as authored by the artists. 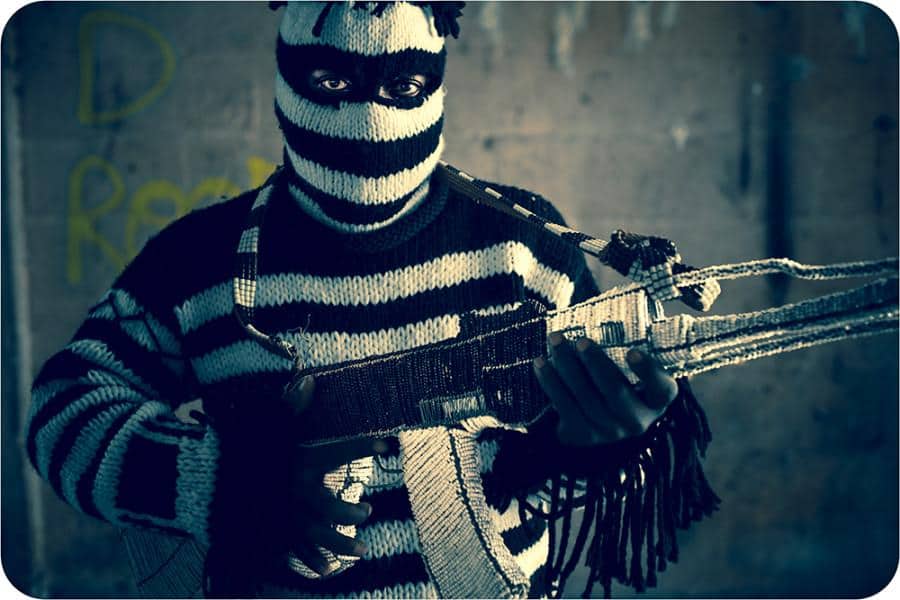 ABOVE: Ralph Ziman, Tokoloshe 3 (2013)
As the inaugural show of the OF(F) Africa series, this exhibition will contribute to the visual documentation of contemporary Africa and its transformations in the context of intra-African and global developments. It will aim to invigorate and transcend the confines of ‘traditional’ discourse about the aesthetic and modes of artistic practice in Africa, to ignite a re-reading of the continent’s arts through a semiotic and linguistic system founded within the individualizing philosophy of Pan African Aesthetics; the notion of art as performative, or derivative of the individual and collectives lived experience.” 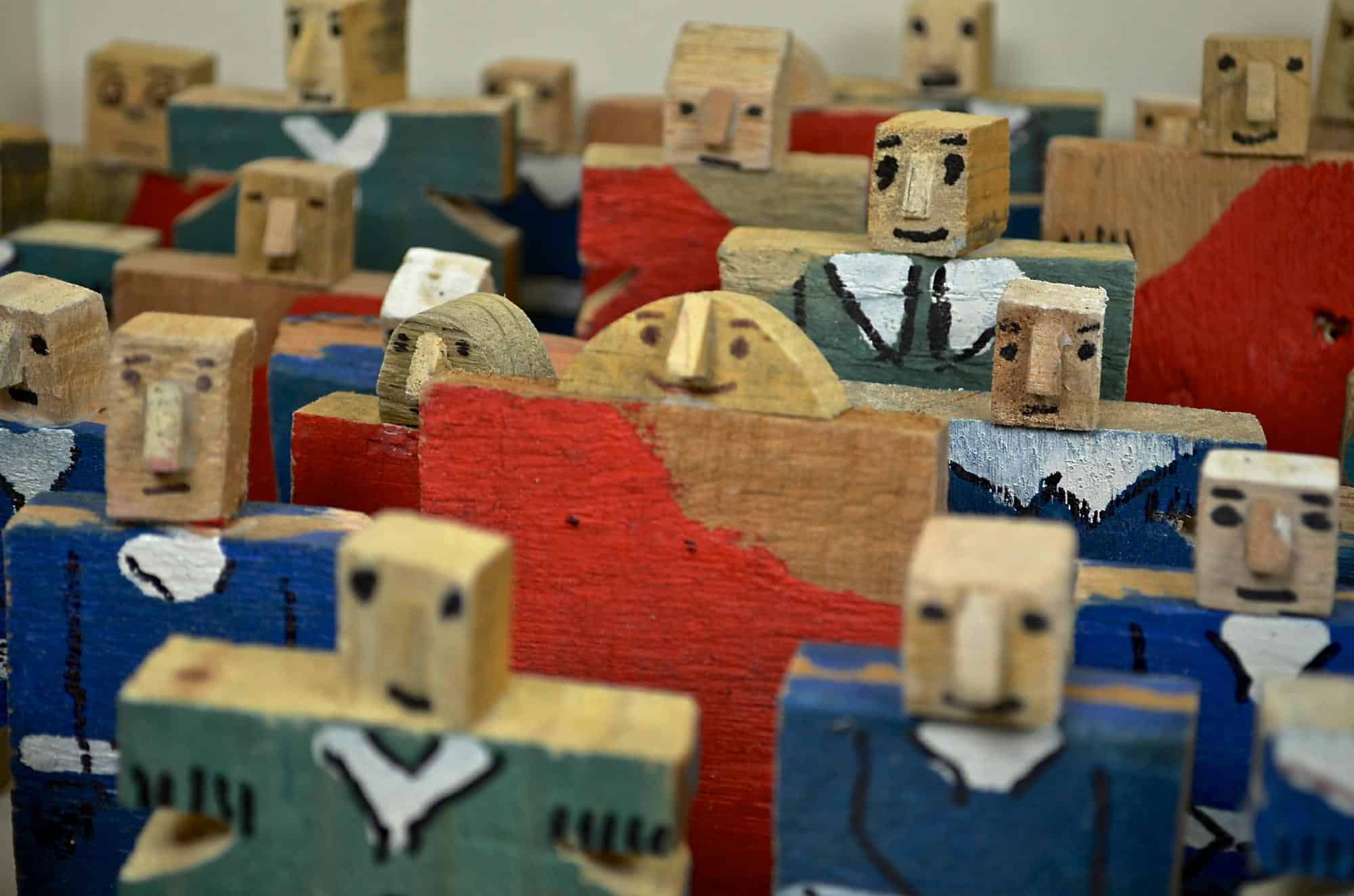 ABOVE: Abdulrazaq Awofesa, Fragments of a City (2013)
The Sulger-Buel Lovell gallery is conveniently located close to the Tate Modern in the setting of a Bankside loft. Catch the exhibition from the 13 October – 15 November 2014.