Syria: Into the Light

Giving is but the fragrant flower

Should the soul feel its kindred flower

Has reached of age a thousand years

All history will come close

And then it will depart

Between the pull and the push

Will be the fragrance

That quiets the heart 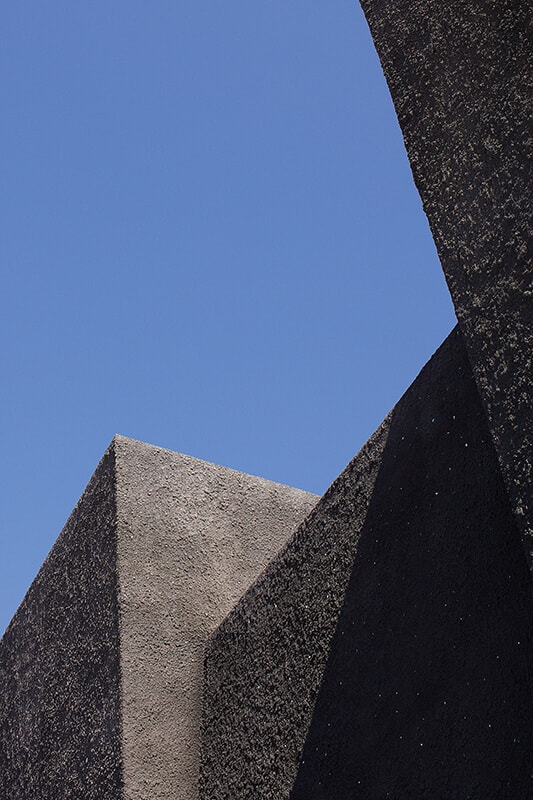 In the inaugural exhibition of Concrete – a multidisciplinary, multipurpose venue located in Dubai, UAE – ‘Syria: Into the Light’ addressed the current image of a war-torn Syria, and challenged IS’s destruction of art, antiquities and sites of cultural heritage. Undoubtedly, the exhibition is also a challenge on Bashar Al-Assad’s brutal rule over Syria.

A substantial aspect of ‘Syria: Into the Light’ is that it took place in Dubai – currently home to the tallest building on earth, the Burj Khalifa. Like the Twin Towers and Syria’s Temple of Bel, the Burj Khalifa has come to be the architectural image of trade expansion, power and success, as well as a symbol of Dubai as the cultural epicentre of the contemporary world.

Concrete – designed by Dutch architect and architectural theorist, Rem Koolhaas – is already symbolic of the growing art scene in the Middle East, and in direct opposition to the present ruin of Palmyra and Syria, it stands as a fortress protecting the Syrian art of its inaugural exhibition. The site of this exhibition is one that speaks loudly of the importance of art and architecture in the preservation of cultural heritage.

Through the use of portraits and figures dating from the early 20th century until present day, ‘Syria: Into the Light’ demonstrates the country’s long history with portraiture and puts a face to those who have been dehumanised by the Syrian war.

According to the exhibition’s catalogue, “portraiture in modern and contemporary Syrian art reflects a singular history of the lived experience of Syrians’ peoplehood; it has been a realm for incarnation, projection and subversion, for the representation of individuals, social types, collectivities, as well as a repository for collective memory.” What is interesting to note is that the portraits of contemporary Syria all seem to be faceless, whilst their predecessors stand victorious on horseback, worthy of representation. 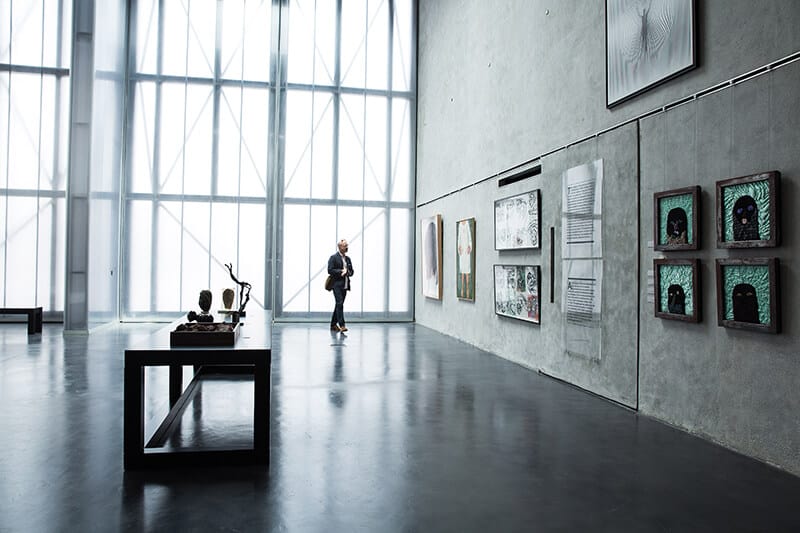 Syria Into the Light exhibition at Concrete, 2017. Image courtesy of Alserkal Avenue

The unearthing of funerary masks in certain areas of Syria created a revolutionary step for civilisation, as masks – a representation of the face – both create and confirm the fundamental concept of the image which beckons back to life that which has been lost. The discovery of these masks also present to us a keen interest in the portrayal of faces, which later evolved into the concept of the image.

In titling the exhibition ‘Syria: Into the light,’ and displaying numerous portraits of Syria from the beginning of the twentieth century until now, the exhibition has made visible what the media broadcast images are unable to, and conveys an emotion that political discourse fails.

In her curatorial statement, Mouna Atassi states that in ‘Syria: Into the Light,’ “we shall travel across epochs, we shall look at faces and bodies revealing themselves, sometimes as an end – often as a means – all towards a specific cause. Towards serving and defending a principle; towards venting an agony the artist finds intolerable; towards expressing an existential anxiety; towards extricating truth from history so that it might be revived; towards documenting events that dug deep chasms into souls; and towards criticising and incriminating society. Faces shall become disfigured and screams will soar high, bitterness shall be portrayed as sarcasm. And then, the declaration of revolution and the quest for freedom shall ring true.” 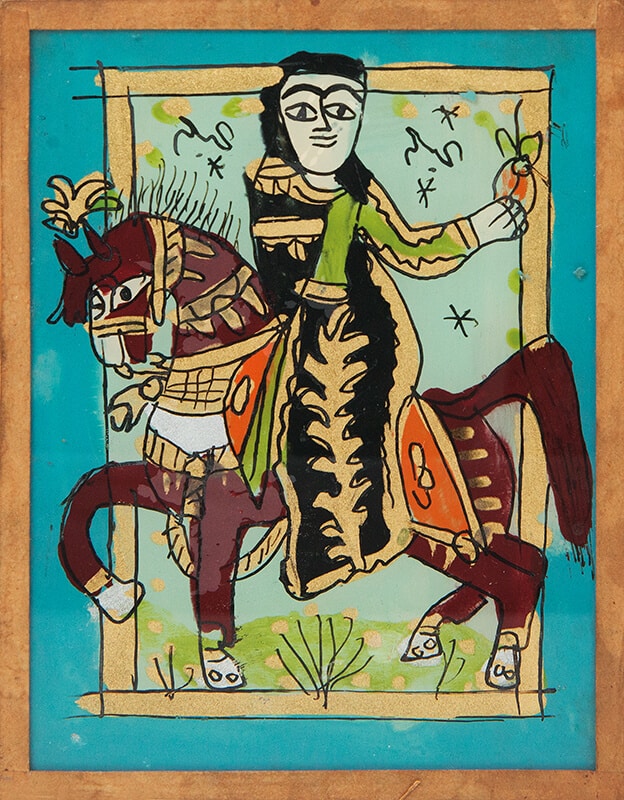 Here, Atassi is directly addressing the assumption that “art should correlate with a revolution in the world, and is itself an intervention in the world,” whilst simultaneously establishing that art has not yet lost its will to power. Here, Atassi and the exhibiting artists have given face to the present guileless victimisation of Syrians, and illuminated Syria’s long history with art, architecture, and its role in preserving history.

Ellen Agnew is a staff writer at ART AFRICA magazine.