‘The Intricate and the (In)Animate:’ The work of Tahiti Pehrson

There has been a lot of talk recently about the representation of African artists abroad. In this interview we spoke to Californian artist Tahiti Pehrson about his recent two person exhibition ‘Paths’ at Salon91 in Cape Town (where his work was exhibited alongside the work of Andrzej Urbanski), as well as the body of work that he produced for the Turbine Art Fair, Johannesburg. 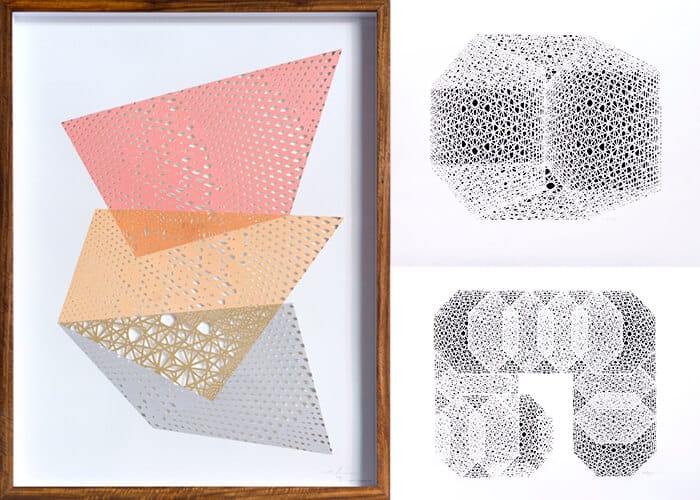 Please tell us about your recent exhibition ‘Paths,’ which was held at Salon91 in Cape Town?

It’s a two person show with Andrzej Urbanski that was curated by Monique Du Preez. I think Monique saw these overlapping similarities in our work, even though our approach is very different. For me it was great, I really like Andrzej and things were instantly comfortable.

In an interview with Tiny Atlas you mention the eighteenth century engraving technique called Guilloche. Can you tell us more about this influence, and how it informs your work?

Around 2003-04 I was living in San Francisco and making stencils. While there I made a series of large scale Dollar bill stencils. That got me interested in the patterns that are used in money all over the world. I also thought it was interesting that all countries used the same system of patterns. That led me to study Guilloche and Epitrochoid pattern making. It’s essentially repeating a shape at equidistant intervals from a central point. These patterns also relate to physics and to the design of nature through orbits and double helix shapes and the spirals of the Golden Ratio. They pop up throughout history; in Greek Architecture, watches, jewellery, metal, and 1970s era hubcaps. 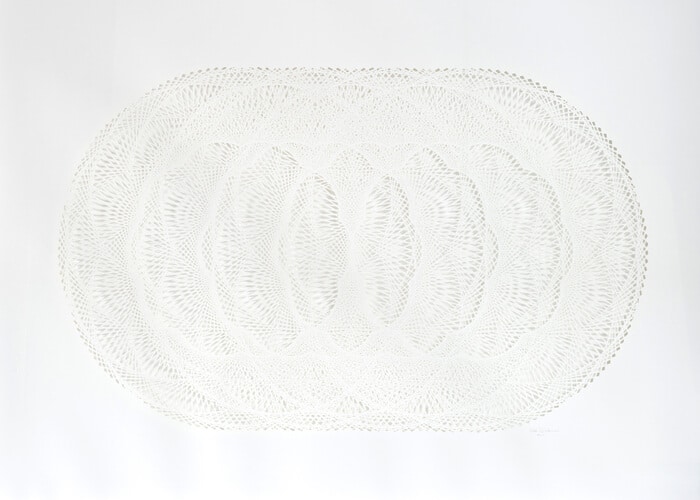 Historically speaking, this process was mechanised, allowing for incredibly intricate detailing. Your work is done entirely by hand. How important is this process in relation to the final product?

Well the process wasn’t really mechanised until the 1700s, but the pattern system is much older. It’s a very simple method of making complex patterns. You basically only need a stick with a nail on one side and something to make marks on the other and you have a beam compass. So I guess it was mechanised, but it was a very early form of it. With that simple tool you can make patterns as complex as a computer easily. For me pattern making is an experiment and it is always changing, I’m always looking for new ways and new manipulations. I have to hand-cut everything because I need to have that personal connection to the work. It’s become a kind of nervous and necessary habit. 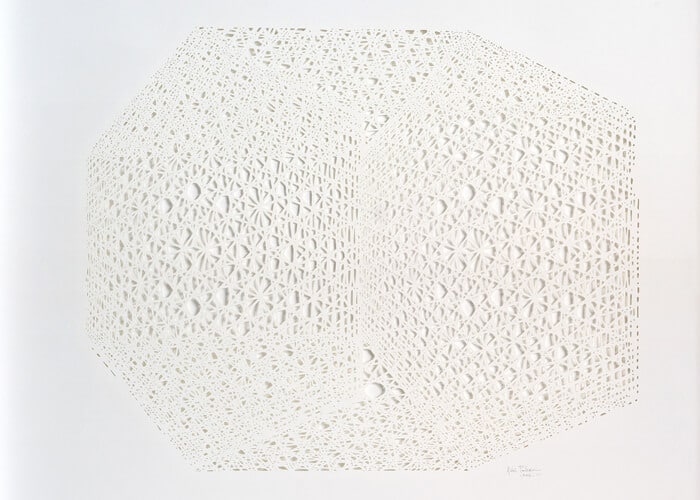 What role does light play in bringing your art to life?

I think light is the other half of the work, it’s all about that interaction. The work is a receptacle for light. It’s that simple enigma that is so personal and light takes on this metaphoric symbolism for larger ideas of life and spirituality. I’m interested in those things that make us the same. Repetition and light are these simple key factors that we all experience. The light also serves to breakdown the pattern and and create movement, it’s an organic element that transforms the hard lines, making the patterns more interesting and at the same time incorporating the pattern’s historical usage of creating a jewelled effect.

Your work has been installed both outdoors and within a controlled gallery space. What is your relationship to space, and how do these forms communicate from one space to the next?

I grew up in a very chaotic and dirty environment. The work seems to be an attempt to clean and organise, as a reaction to that environment. The pieces in the gallery feel very different in a natural setting. The white gallery walls create a vacuum where the work can exist in it’s own setting and co-opts the monochromatic white, whereas the work in nature has room to breathe and it’s scale and detail recede. They become more of a part of the language of the landscape. For me, those ideas come from nature. Detail, light, layers. 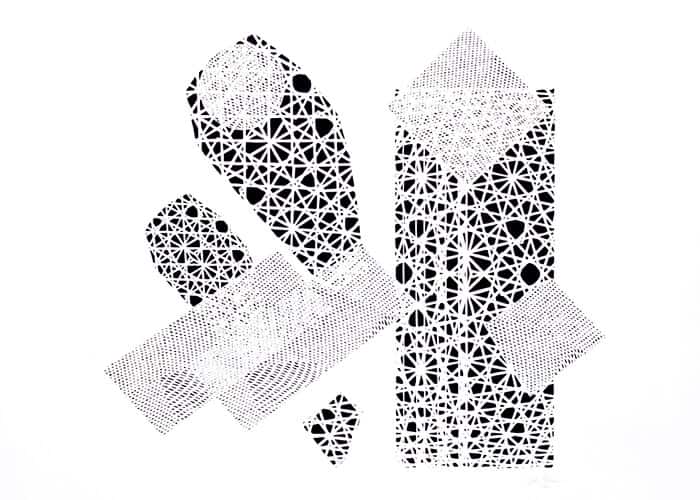 Your work is going to be exhibited for the first time at the Turbine Art Fair (Johannesburg) between the 14th – 17th July. As an American artist, how do these international platforms serve you and what kind of conversations do you hope to generate from one context to the next?

I hope the work might generate dialogue around connectivity and fragility.

I hope people will see a wholeness in the work and that will be a small part in a larger dialogue in a movement towards ideas of unity. I hope to create a suspended moment.

On a personal level it’s really the fulfillment of a dream for me to show in an international context. Being part of the fairs are incredible; so many people and ideas coming together, all this time and work condensed into this otherworldly environment. I’m honoured to be a part of it.

Tahiti Pehrson’s work is going to be on show as part of a group exhibition at the Turbine Art Fair. Be sure to visit Salon91‘s stand at booth GH14. Other artists include Andrew Sutherland, Andrzej Urbanski, Cathy Layzell, Heidi Fourie, Kirsten Beets, Kirsten Sims, Linsey Levendall, Paul Senyol, and Unathi Mkonto.