Art patron and sculptor Anton Smit has generously sponsored booth space at THAT ART FAIR 2016 for two local artists, Johann Nortje and Leanne Olivier. Smit’s generosity stems from his interest in nurturing younger artists and putting them on the path to success. 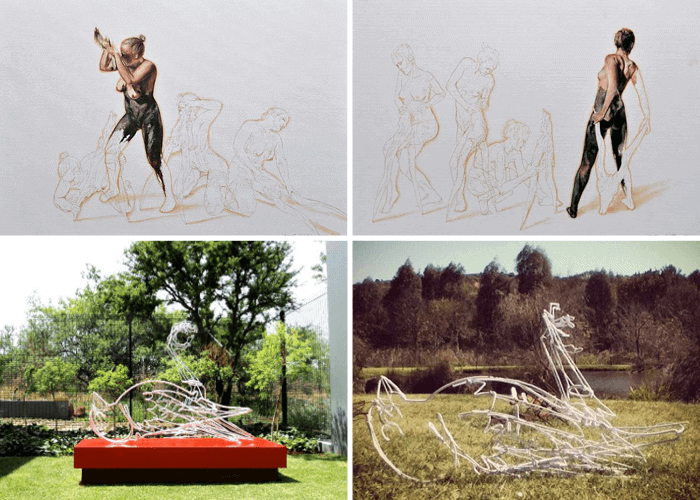 THAT ART FAIR is an initiative of ART AFRICA magazine. Founded in reaction to the fact that many countries in Africa lack the formal structures of commercial art galleries where artists can exhibit their work; THAT ART FAIR offers them such a platform. Emerging and established artists can showcase their work in a professional environment, where they can meet directly with collectors, galleries and new audiences alike! The burgeoning contemporary African market is ripe for the picking and growing a young and invested collector base is our aim.

Johann Nortje is a South African sculptor based in Pretoria. Having studied at Tshwane University of Technology, Nortje went on to work at a small family-run foundry producing work for Goodman Gallery artists such as William Kentridge and Gerhard Marx. He has also worked at Dionysus Sculpture Works (DSW), founded by sculptor Angus Taylor. Currently working as a self-employed artist, Nortje says that he is bent on changing the world, but will settle for at least changing his own. The rest lies in the work he produces – made from line because as he says, he “likes to boil things down to their core.”

On the other end of the spectrum, Leanne Olivier, is a fine and applied artist. About her work, she says:  “I aim to destabilise and deconstruct fixed ideas and dogma within society. I try to do this in a very subtle and almost romantic way, where things may appear innocent or trivial on the surface, but there is a sense of displacement and unsettledness.” A selection of her thought-provoking paintings will be exhibited at THAT ART FAIR.

Anton Smit is a well-established and well-loved sculptor hailing from Gauteng. Career highlights include being a part of the ‘Strengthening the Link’ initiative when he exhibited 35 of his works in Grand Central Station in New York City in 1994 (celebrated with a cover image on the New York Times), as well as having his work shown at the Union Buildings in Pretoria during Nelson Mandela’s presidential inauguration in the same year.  His work has been widely exhibited locally and abroad, and part of his collection can be viewed in its permanent home at the Anton Smit Sculpture Park, on the banks of the Bronkhorstspruit Dam.

THAT ART FAIR 2016 – FRESH ART FROM AFRICA will run from the 18th of February to the 6th of March 2016 at The Palms in Woodstock, Cape Town, with a full exhibition programme including a VIP event, talks programme, film programme and the opening extravaganza, THAT ART PARTY on Friday the 19th of February 2016.