THAT ART FAIR 2016: What not to miss on the final weekend!

Don’t miss our exciting final weekend programme at THAT ART FAIR 2016. The two interactive art events consist of an installation by Maker Librarian Heath Nash and THAT GRAFFITI WORKSHOP, a collaborative effort between THAT ART FAIR, local 3D graffiti artist Boeta Phyf and the Salesian Institute Youth Projects. There will also be an auction on Sunday at 2pm; up for bidding will be the five graffiti works produced during the workshops, as well as the individual handbags designed by well-known artists and designers. 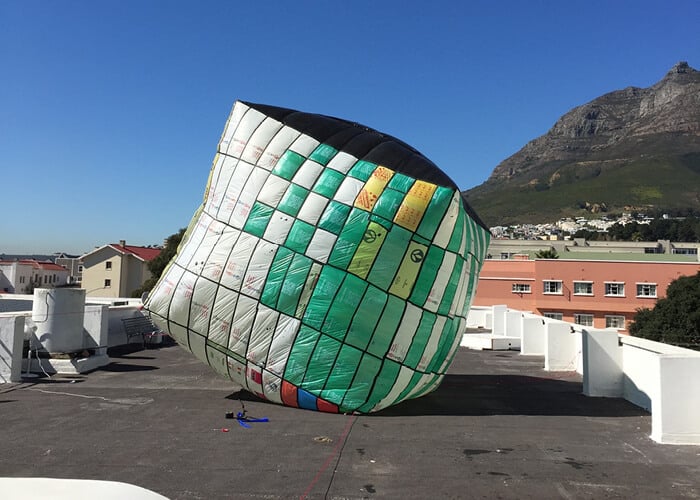 Heath Nash’s ‘flying museum,’ as part of the Museo Aerosolar community. Image courtesy of the artist.

An active member of the Museo Aerosolar community, Nash’s aerosolar artwork is made from plastic bags to raise awareness of our human impact on the environment. For the past week, Nash has set up shop within the fair, inviting spectators to take an active role in the creative process. “I like that such a large object can be so easily transportable; that the process of making it can be shared,”says Nash.

In keeping with this spirit of communal practice, THAT GRAFFITI WORKSHOP, conducted by Boeta Phyf in collaboration with THAT ART FAIR, will form an important component of this year’s fair. Over the course of the weekend Phyf and fifteen students from the Salesian Institute Youth Projects will create five 2 x 1.5m Letter Characters. These characters will be auctioned off to the highest bidder on Sunday 6th March with proceeds going to the Salesian Institute. Despite the importance tethered to economic necessities, the purpose of this workshop will be to provide the students from the Salesian Institute — an initiative aimed toward Cape Town’s at-risk youth — an opportunity to work alongside one of the city’s most celebrated graffiti artists. Through personal engagement these workshops aim to expose students to an alternate world of possibility within the arts; a world that acknowledges art as a tool for social change, empowerment and expression. 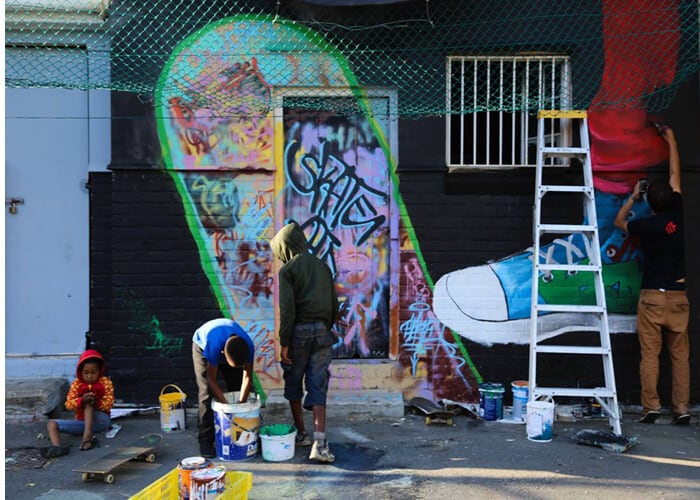 “This fair, more than the others, is designed to foster young talent, to grow it,” notes cultural analyst, writer and educator Ashraf Jamal. “The graffiti workshop that you’re doing next week for example, or the work that comes through the space! Everyone needs a platform and a space in which to express themselves. I think that [in both editions] this is what THAT ART FAIR tries to do. Its principle and its heart is in the right place, the key now is traction. It’s people buying, people fostering and supporting…to build those spaces, build those opportunities, break down the economic barriers, the class and cultural barriers and create a truly inclusive art world.” 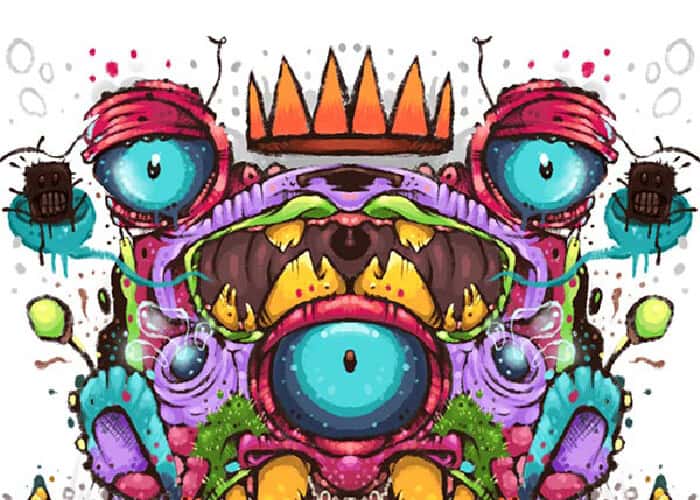 As an event, the fair attracts a wide range of visitors. Last year saw the inaugural three-day event attract approximately three thousand people from all walks of life, with an opening address by former Constitutional Judge Albie Sachs. Due to popular demand, the 2016 edition has been extended over a nineteen day period, with a telling 165 applications from artists and galleries from 21 countries, including Ghana; Mali; Senegal; Brazil; Ethiopia; Egypt; Cote d’Ivoire; Kenya; South Africa; Namibia; Angola; Mauritius and as far afield as Canada, Germany and Dubai!

As a repository for artistic practice from Africa, the fair has provided a platform for artists —both local and foreign —to engage with an international market. The opportunity to build relationships, not only amongst themselves but also with a plethora of interested gallerists and collectors may, for many, provide a necessary foot in the door. “What I particularly loved about the fair is the fact that there is a genuine attempt to really be inclusive,”said Jamal. “Here, stuck in the provincial backwaters of Cape Town, we don’t tend to understand or grasp the rich complexity and diversity of the work that’s out there… That’s what I love most, in terms of the space, is seeing names I couldn’t recognise or spell, and looking at art that felt different to me.” 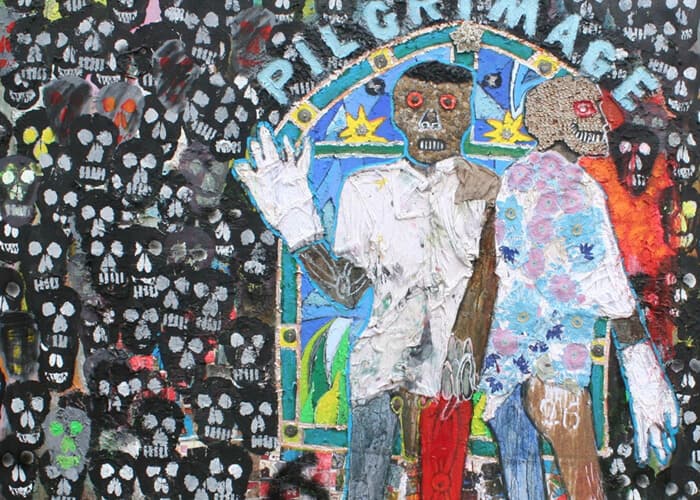 Three such names; Joao Ghira Z (Moçambique), Bob Nosa Uwagboe and Yusuf Sediu Okus (Nigeria), will be exhibiting their work for the first time this weekend. Despite the fact that these artists have been practising for years, their emergence onto the Cape Town scene marks an opportunity for the recontextualisation of narratives, an opportunity for growth. “I’ve always found the words [emerging and established] very strange because I’m aware of ossification and tradition.”For Jamal, “the best things are always the things that are emerging. Even if one has been doing something forever, one transforms what one does.”It is opportunities like this that will allow for such transformations, not only for the artists, but those that are willing to come through and engage with their work.

In keeping with the fair’s ethos, this year’s event has reached out beyond the white cube space to include a variety of alternate media; from SKATTIE’s influential fashion and culture installation and THAT ART BAR designed by Laura Windvogel, to Su Opperman’s curated comic art focus ‘Semblance/Geared.’ THAT FILM FOCUS, another new addition to the fair, provided a week-long international film programme in collaboration with shnit international ShortFimFestival, Sunshine Cinema and Videobrasil. The fair has also seen a wide range of performances, including Invited Artist Emo de Medeiros’ screening of Kaleta/Kaleta (solo film instantiation #1), Sue Pam-Grant’s …to be she…, and Chiro Nott’s Space Station, a whimsical nine-hole putt-putt course which took place throughout the Center. 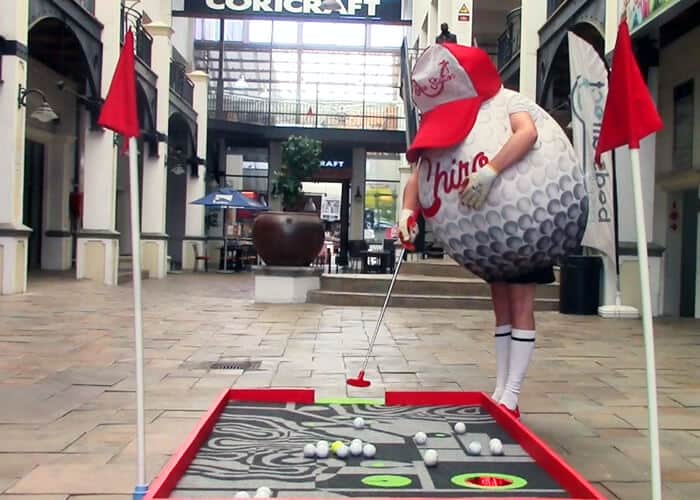 Chiro Nott, view of the installation Space Station at TAF 2016.

Join us for for a jam packed weekend of art, activity, music and socialising. The Art Fair Directors will be on hand to walk you through the fair and advise on possible acquisitions to suit your pocket and taste. The Palms Décor and Lifestyle Center will also be hosting its weekly Market at The Palms on Saturday. Join us on Sunday for the official launch of Nash’s aerosolar sculpture and to see the awesome results of THAT GRAFITTI WORKSHOP!