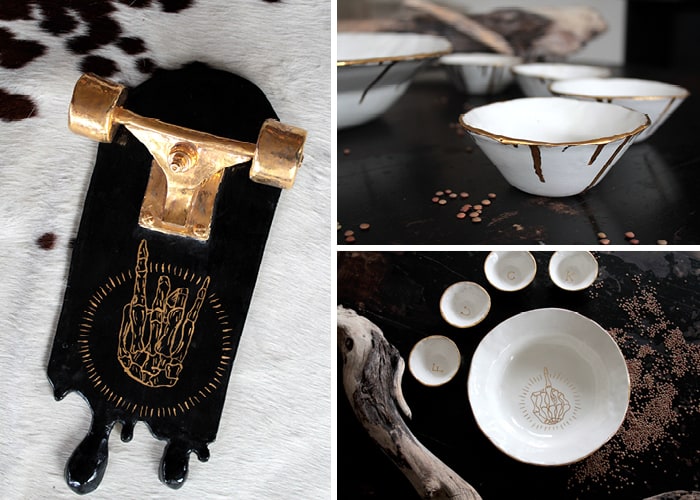 CLOCKWISE FROM LEFT: Meghan McCarthy, Melting Skateboard in Black & Gold (2015); items from the Profanity Bowl series (2015) [DETAIL]; items from the Profanity Bowl series (2015). All images courtesy of the artist.
Opening on 17 October 2015 at 11h00, ‘FRESH’ features ceramic sculptures and a variety of handmade homeware by McCarthy, as well as paintings by Buys and intricate woodcut prints by Kaczmarek.
Meghan McCarthy, a self-taught artist from Cape Town, combines her passion for ceramics, sculpture and the macabre in her ‘Keep It Grim’ series, which she presents as part of ‘FRESH.’
McCarthy breathes life back into an art form that, up until recently, has largely resigned itself to a decoratively pleasant and quaint aesthetic, drawing inspirations from tattoo and skateboarding culture. ‘Keep It Grim’ infuses the world of ceramics with an uncanny and at times humorous, playful punk sentiment – featuring a black and gold melting skateboard, ceramic animal skulls, blood splatter platters, an assortment of rude tableware known as Profanity Bowls, as well as breaching shark sushi platters.
Buys presents People from George are so Weird (2015) and Living in Rosebank but Dreaming of Rondebosch (both 2015), a painting and a set of digital lithographs that navigate the emotional and physical distance between subject and object within the context of painterly sensibility.
“People from George are so weird,” Buys says, “Growing up in a small town, one becomes wrapped up in the claustrophobia and repetition of it.  It’s easy to mistake comfort for boredom, or vice versa… I was discovering the southern suburbs, and so enthralled by the way they are so contained, comfortable… These works for me are a portrait of a place, and a sincere gesture to nostalgia.”
Alex Kaczmarek’s work aims to question the various ways in which femininity is constructed in society. The reductive woodcut submitted for this exhibition, unofficially titled CUNT (2014), subverts the pretty, blending lines between the visible and invisible to reveal a darker, more hostile reality beneath layers of familiarity.
Both Buys and Kaczmarek are currently pursuing undergraduate degrees in Fine Art from the Michaelis School of Fine Art (UCT) in Cape Town.
The exhibition will run until 14 November 2015.
Dates: 17 October – 14 November 2015
Opening Times: Wednesday – Friday 10h00 – 16h30
Saturday 10h00 – 14h00
(Or by appointment)
Press Enquiries: For futher information, images or to arrange interviews with the organisers or artists, please contact
Leigh Bassingthwaighte:
+27(0)21 465 9108
leigh[at]artafricamagazine[dot]org 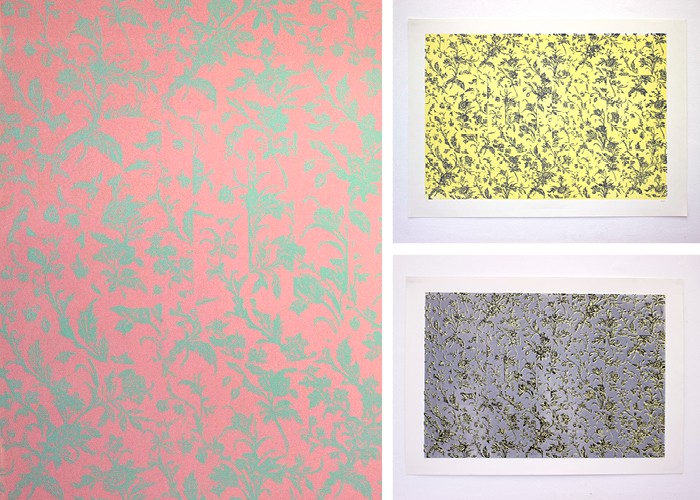 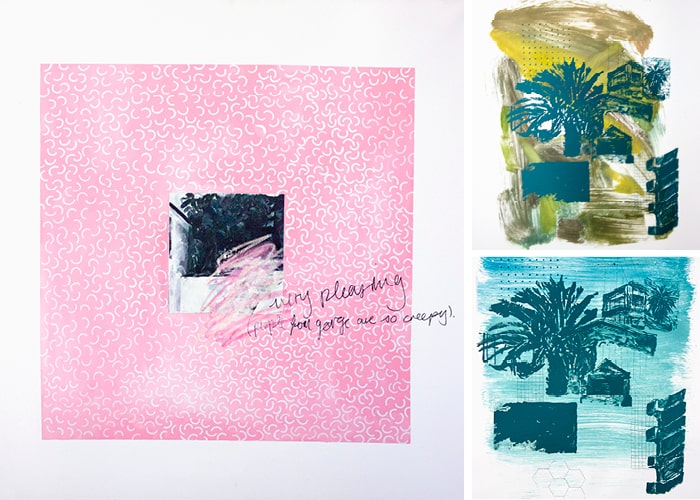 LEFT TO RIGHT: Fanie Buys, People from George are so Weird (2015), Mixed Media on Canvas; two digital lithographs from the same edition, Living in Rosebank but Dreaming of Rondebosch (2015) Monoprint on Munken Pure. Images courtesy of the artist.
With thanks to the following partners and sponsors: